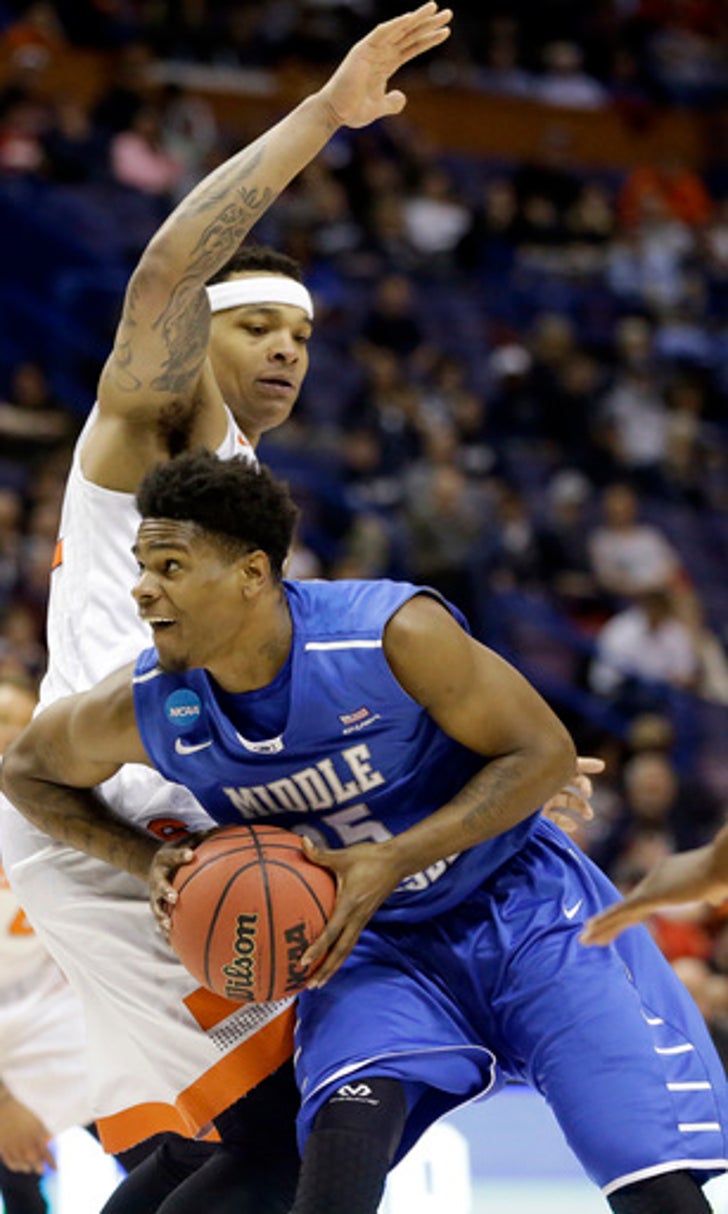 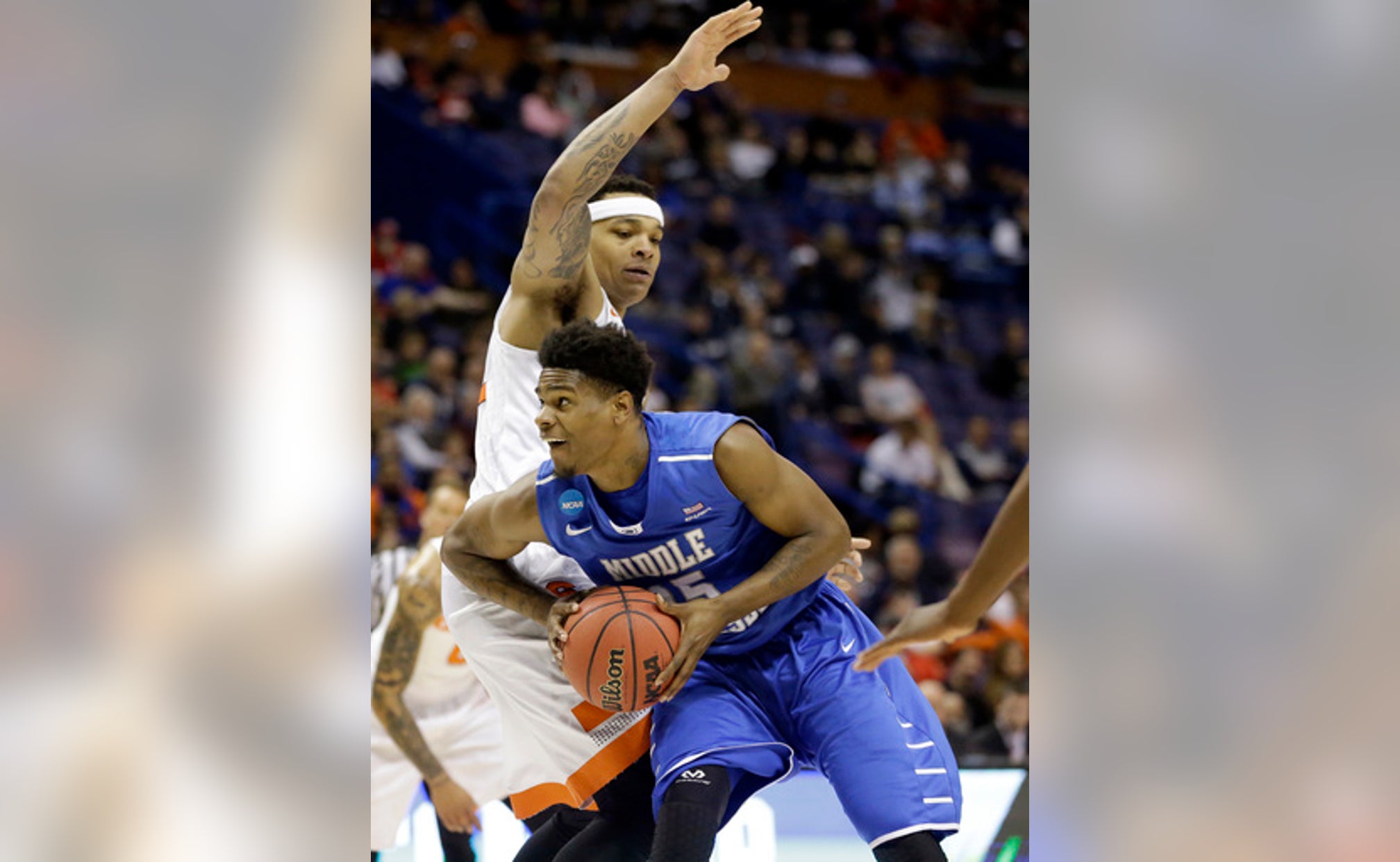 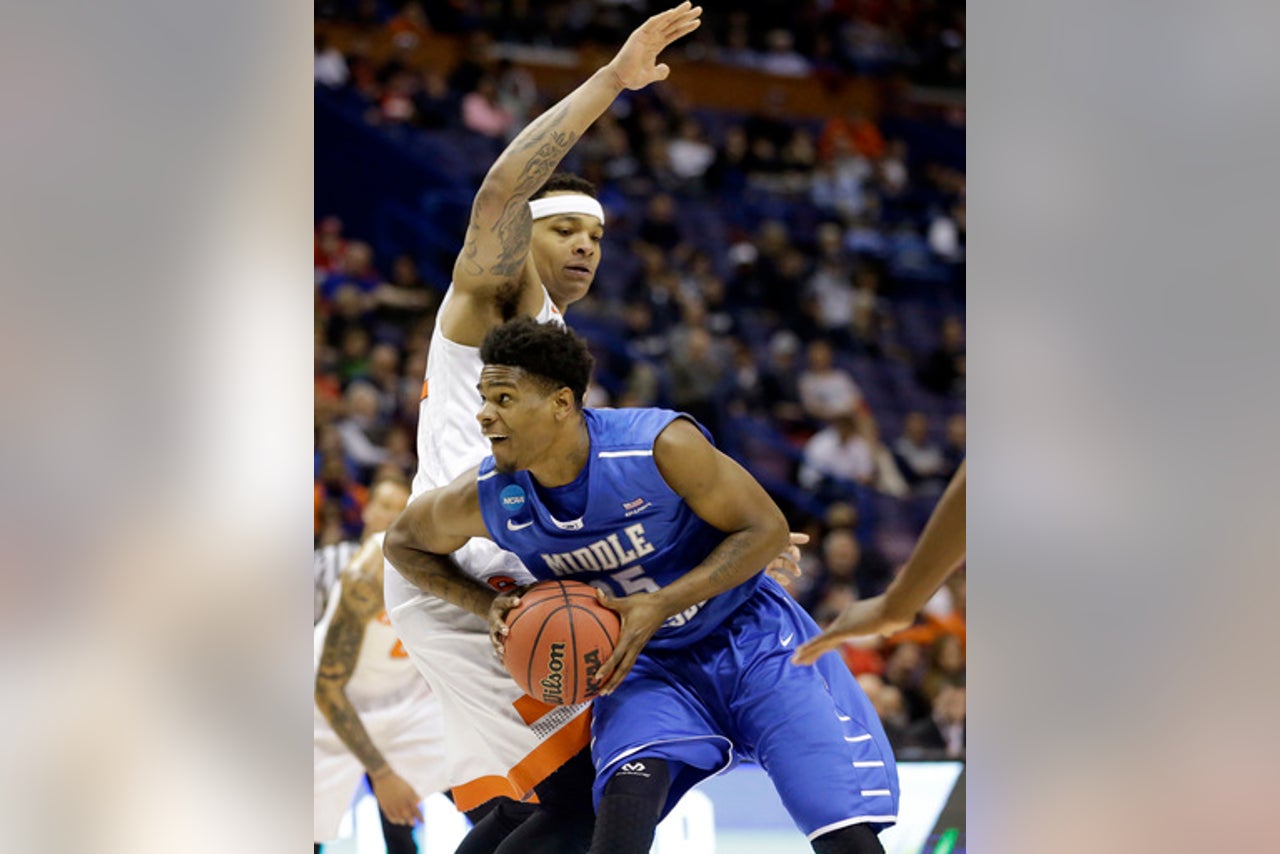 ST. LOUIS (AP) The insufferable zone of Syracuse ground Middle Tennessee State's magical March ride to a halt, and the No. 10 seed Orange beat the No. 15 seed Blue Raiders 75-50 on Sunday night to advance to the Sweet 16.

Michael Gbinije poured in 23 points, Tyler Lydon added 14 and the Orange (21-13) used a 21-2 charge midway through the second half to crack open a close game and join five other ACC schools in advancing to the third round of the NCAA Tournament.

After teetering on the bubble a week ago, they'll play No. 11 seed Gonzaga on Friday in Chicago.

The Blue Raiders (25-10), who shredded so many brackets with their upset of second-seeded Michigan State, made things tough on Syracuse for a while. They led early in the second half and still trailed just 40-39 with 16:02 to go, but proceeded to make one of their next 16 field-goal attempts.