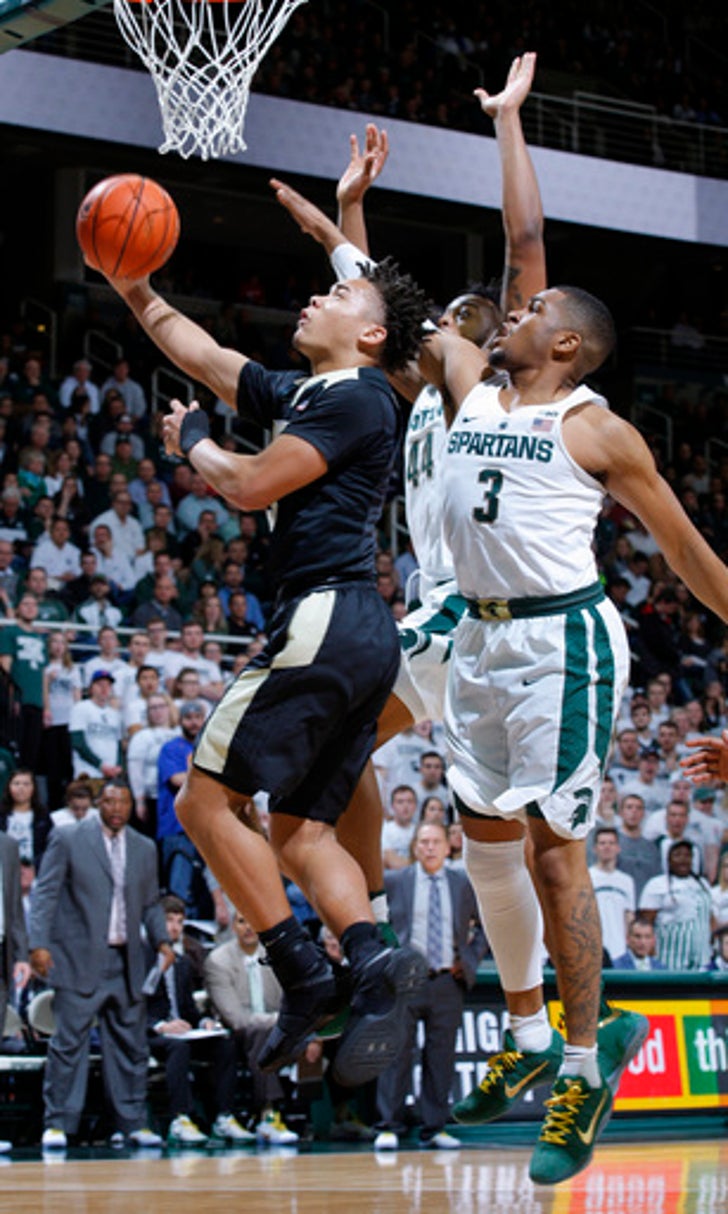 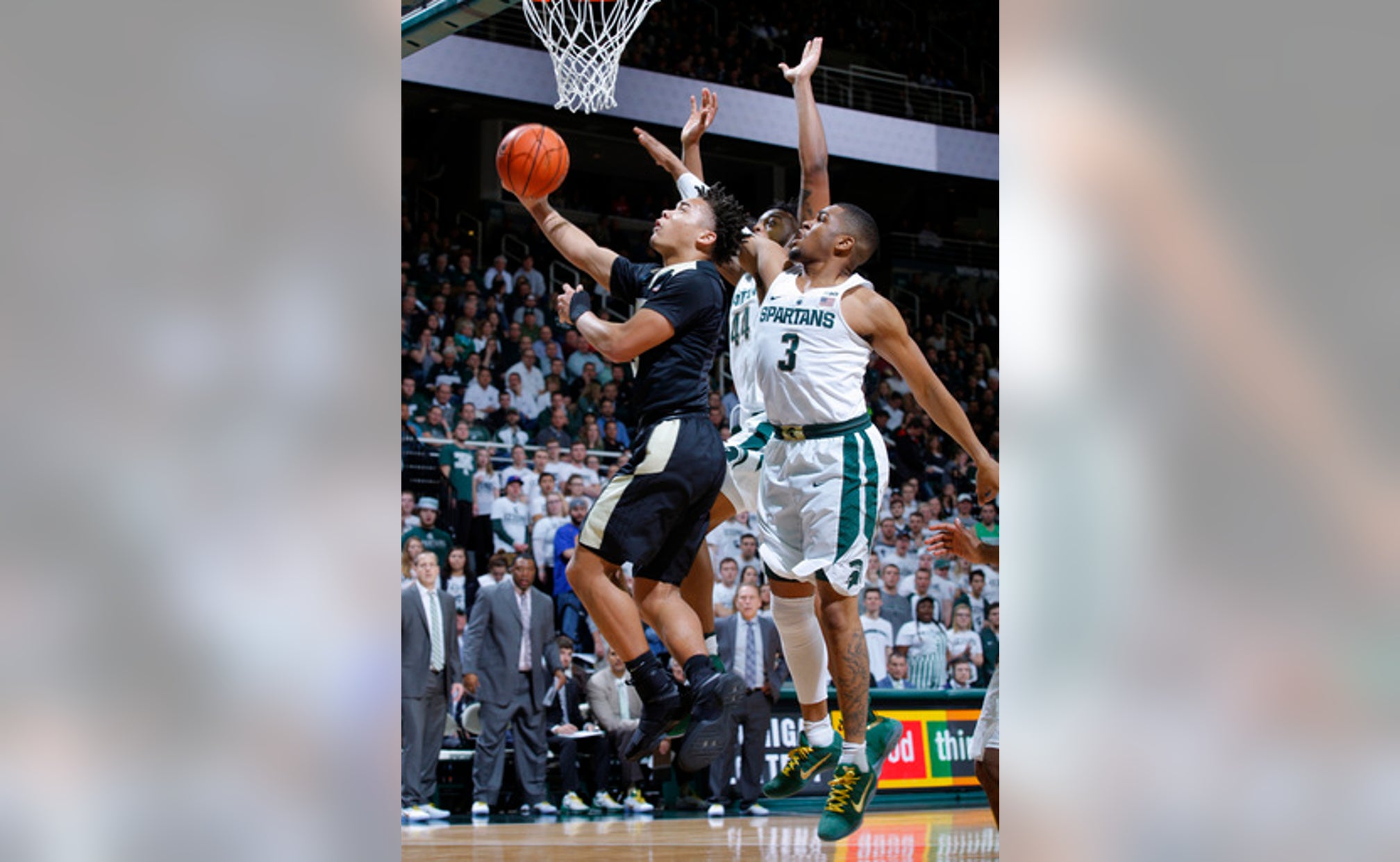 EAST LANSING, Mich. (AP) Caleb Swanigan was booed when he touched the ball and simply responded with a dominating performance.

Swanigan had 25 points and 17 rebounds, helping No. 20 Purdue pull away to beat Michigan State 84-73 on Tuesday night.

The sophomore standout was unpopular among the Spartans' fans because he committed to play for Tom Izzo before changing his mind and deciding to be a Boilermaker.

''I was prepped for it,'' Swanigan said.

And, coach Matt Painter was happy with how he handled it.

The Boilermakers (17-4, 6-2 Big Ten) have won three straight, helping them have their best eight-game record in the conference since 2010-11.

The Spartans (12-9, 4-4) have lost three straight and four of five, forcing them to turn it around soon to improve their chances of playing in a 20th straight NCAA Tournament.

''It would've felt way better with a win,'' Bridges said. ''But I give my teammates all the credit for that. They set good screens and made good passes.''

The Boilermakers, though, were simply too big and balanced for the undersized and short-handed Spartans, whose biggest players, Gavin Schilling and Ben Carter, are out with knee injuries.

''We're a little different, obviously, with our size,'' Painter said.

The 6-foot-9, 250-pound Swanigan led the way with his nation-leading 17th double-double.

''He basically won the game for them,'' Bridges said. ''But that's what big-time players do.''

Purdue took control in the second half, getting post players Kenny Goins and Nick Ward in foul trouble, after trailing by as many as eight points in the first half.

Purdue: The big Boilermakers are tough to beat with their size inside and outside shooting. And with Painter, they always appear to play hard.

Michigan State: The Spartans are reeling, and their Hall of Fame coach will be challenged to turn them around. If they can't find a second or third scorer, their NCAA Tournament streak may end. Izzo insisted he's not thinking about extending the streak, or having it snapped.

The Spartans, meanwhile, didn't have a second player score in double figures.

Purdue pounds the ball inside and kicks it back out to shooters, who combined to make 11 of 21 3-point attempts against the Spartans.

''When you have that inside presence and the balance of 3-point shooting, that puts them in a tough spot,'' Painter acknowledged.

Goins, who fouled out in 17 minutes, finished the game in pain.

Purdue: Plays at Nebraska on Sunday, its second of four games on the road in a five-game stretch that may prove to be pivotal in its quest to win a Big Ten title for the first time since 2010.