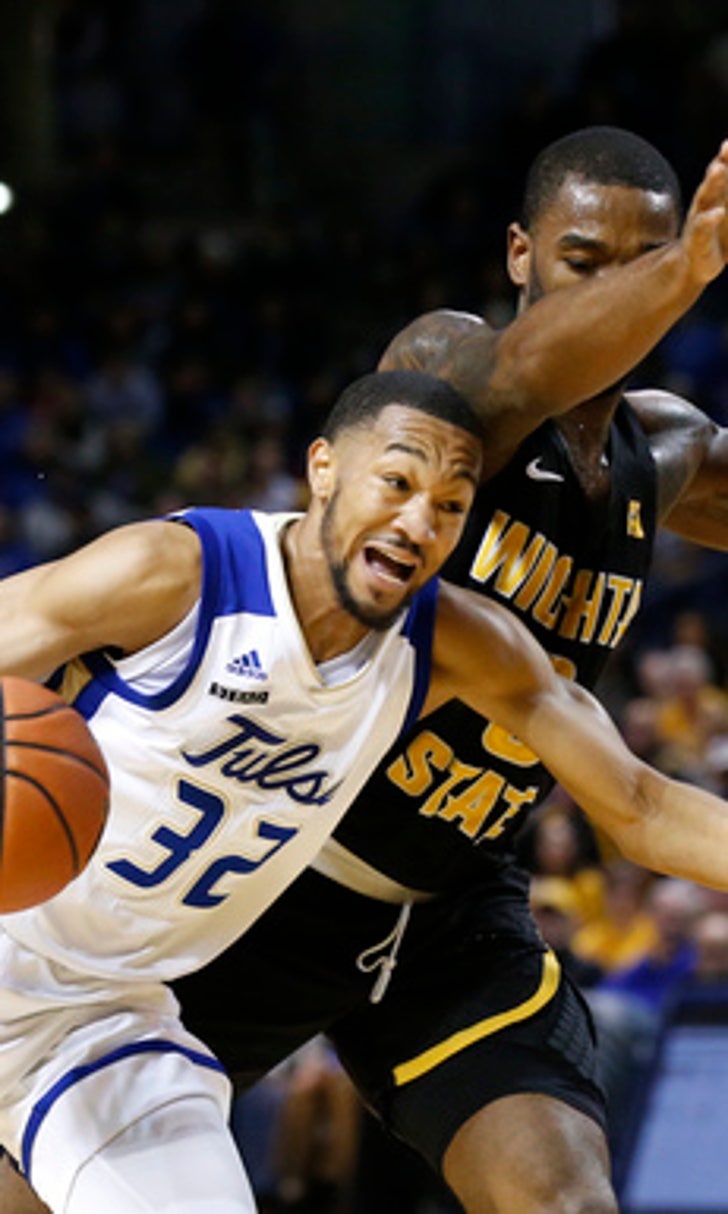 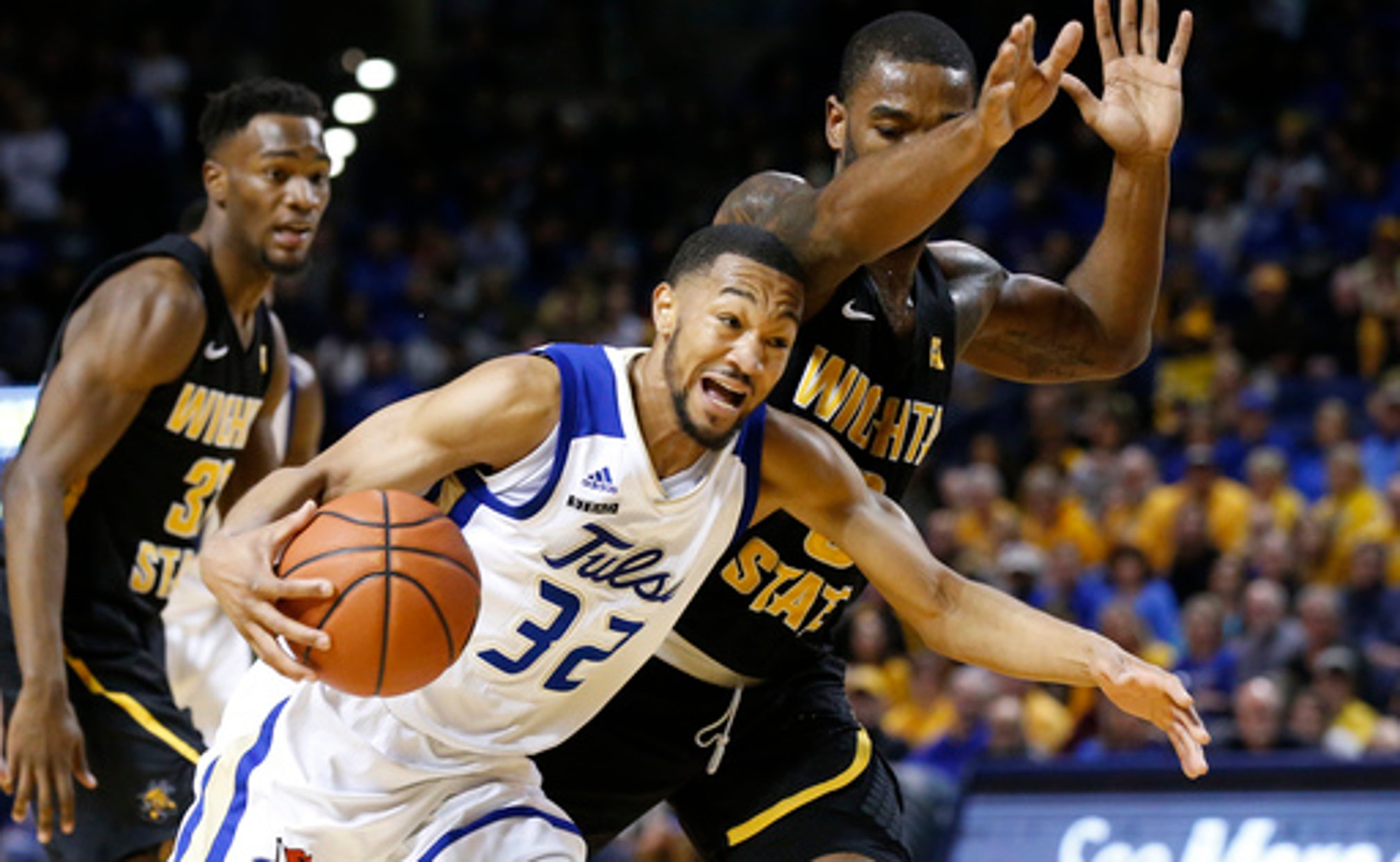 TULSA, Okla. (AP) In a game reminiscent of many big matchups between former Missouri Valley Conference rivals now reunited, No. 5 Wichita State edged Tulsa 72-69 Saturday before a sellout crowd that was evenly divided between the schools.

Landry Shamet and backcourt mate Conner Frankamp each scored 16 points to help the Shockers hold on.

Wichita State (15-2, 5-0) remained unbeaten in its first season in the American Athletic Conference.

Shamet made the first of two free throws with 8 seconds left for a three-point edge, but missed the second.

The Shockers then fouled Sterling Taplin. He missed the front end of a one-and-one with 4.9 seconds left, Junior Etou rebounded and passed back to Taplin, whose 3-point try at the buzzer rimmed out.

Taplin scored 26 points. Corey Henderson missed a 3 with 10 seconds left that would have put Tulsa ahead by one.

''In the end, we just made one more play than they did,'' Wichita State coach Gregg Marshall said. ''It was one heck of a ballgame. I thought both teams really competed at a high level. It was a great atmosphere and obviously our fan base is really excited to be in the same league again as Tulsa.''

''I was really proud of our kids and their effort and intensity,'' said Tulsa coach Frank Haith, who was perturbed that the Shockers went to the free throw line 15 times, making 12, while Tulsa was just 3-for-5.

''We laid it on the line for the win. We're a team that shoots a lot of free throws, we scored 30 points in the paint and didn't get to the line,'' he said.

The Shockers extended the lead to 45-34 early in the second half on a four-point play by Shamet before Tulsa broke out of its shooting funk with a trio of 3-pointers to pull within 45-43.

Wichita State: The Shockers now have a 66-61 lead in the long-running series between the former Missouri Valley Conference rivals. The sellout crowd of 8,355 was fairly evenly divided between Tulsa and WSU fans who made the three-hour drive.

Tulsa: In its three-game conference losing streak, leading scorer Junior Etou has been held to 12, 2 and 12 points. The 6-foot-8 senior came in averaging 16.2.

Shamet went to the line for a one-and-one with 8 seconds left and Shockers leading by two. Marshall told his team that if he made both, to play it out, but if missed the second to foul in the backcourt rather than risk a tying 3-pointer.

Taplin still wound up with a chance to tie it on his final 3.

''It felt good,'' Taplin said. ''It just didn't go in. This game showed us that we can compete with anybody. They're the fifth-ranked team in the country and are definitely a great team.''

Tulsa showed resolve after a miserable outing at Houston.

''There was one of two ways they could have responded after that game,'' Marshall said. ''They chose to get up off the mat and fight and compete. I just think it shows a lot of character on their part. They were very resilient tonight. And the way they were shooting the ball early, they were on pace to score 100 points.''

Tulsa: Plays at Temple on Wednesday.