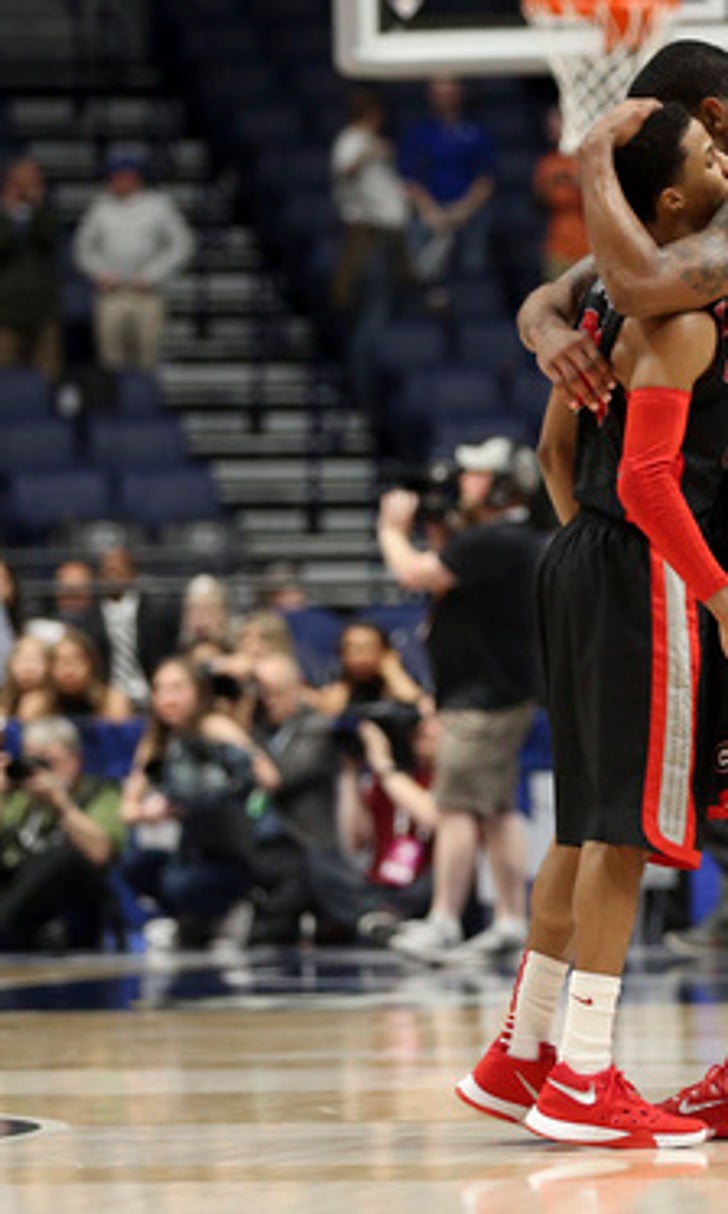 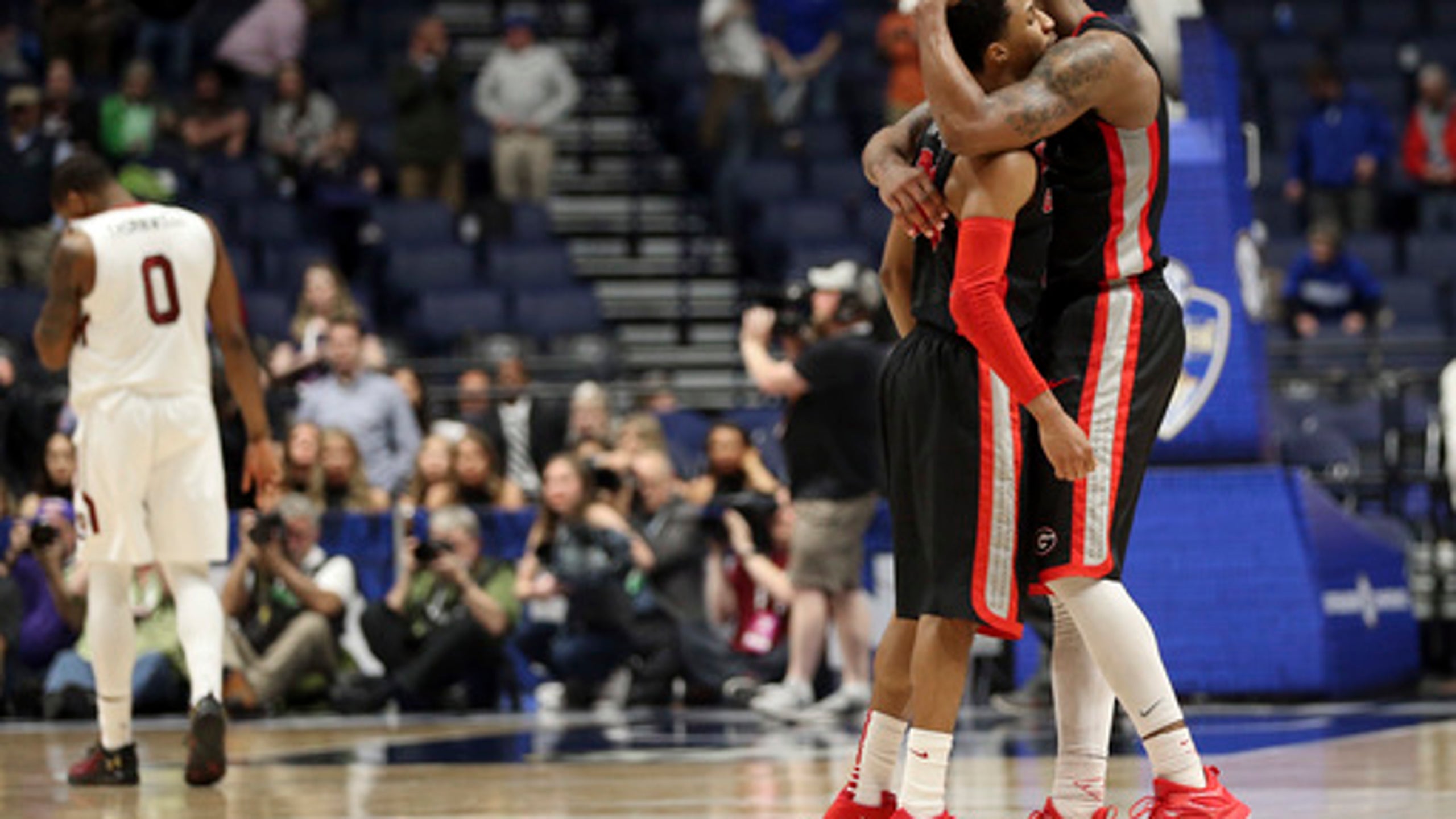 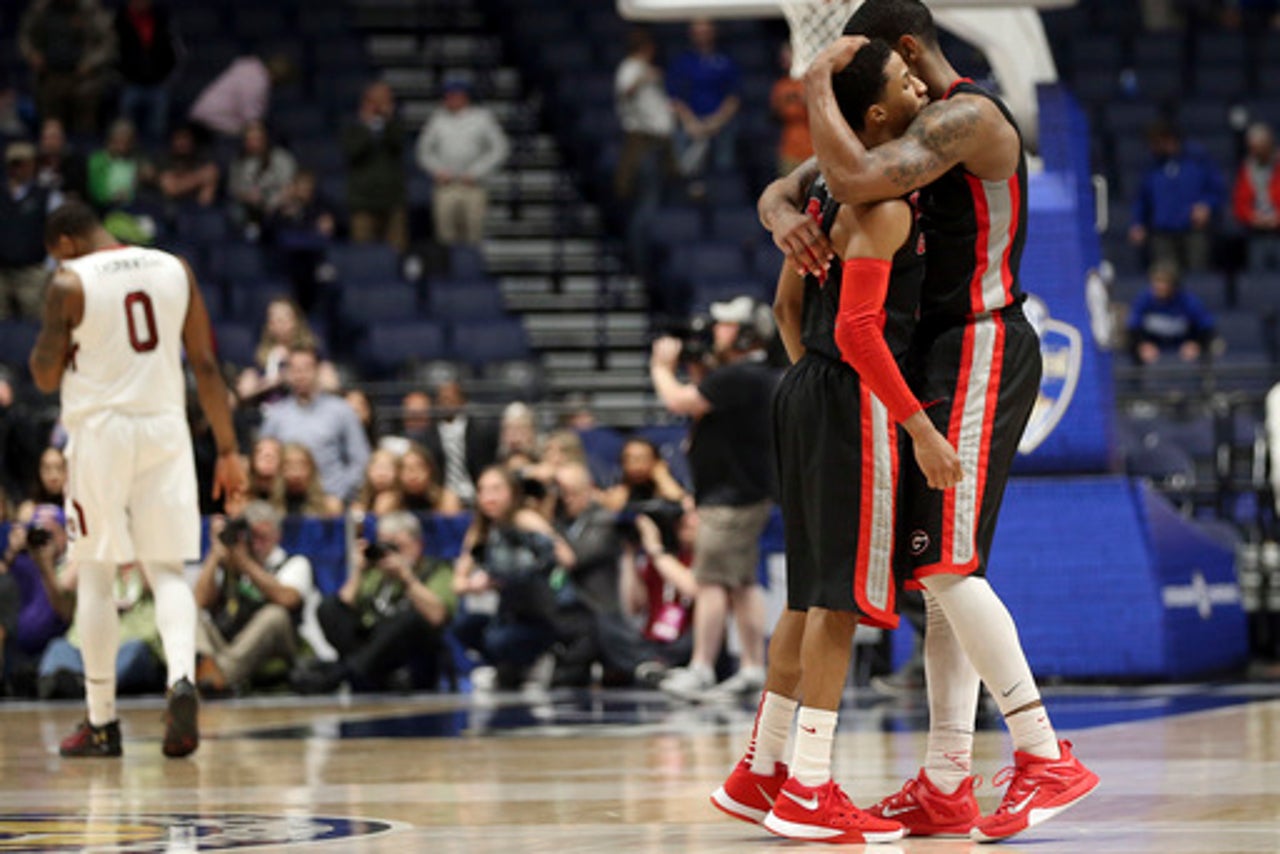 KANSAS CITY, Mo. (AP) There may be no tournament more volatile than the Southeastern Conference, where it seems just about every outcome has some effect on the NCAA Tournament's ever-expanding bubble.

Georgia knocks off South Carolina, sending its stock soaring while making everyone take a closer look at the Gamecocks. Kentucky puts the final dagger in Alabama, giving hope to dozens of other teams hoping for an at-large bid. And Texas A&M buries Florida, potentially keeping the Gators out of the dance.

''It's really good for our players to focus on their next opponent, and at the end of the day, we're hopeful that those things take care of themselves,'' Tigers coach Johnny Jones said of his team's NCAA hopes.

''I thought we played a really good basketball team in Tennessee today and that's where their focus had to be,'' he said. ''They knocked off a very good Vanderbilt basketball team yesterday, and I thought our guys had to stay engaged. And tomorrow, more of the same.''

As for the rest of the league's bubble-dwelling teams? A nervous wait for Selection Sunday.

The Gamecocks (24-8) have only beaten Texas A&M in the RPI's top 50, and a sorry strength of schedule will do them no favors. The Crimson Tide (18-14) seemed like an NCAA Tournament lock before their months-long swoon hit. Florida (19-14) has a strong schedule but poor results against the best foes.

''I hate to be generic,'' Gators coach Mike White said, ''but I just think there's so many teams in this league that, if given the opportunity, would be really competitive in the NCAA Tournament.''

Michigan. The Wolverines (22-11) stunned No. 10 Indiana in the Big Ten quarterfinals, the kind of signature win that may have gotten them safely into the field. Michigan can be more certain by beating No. 13 Purdue in Saturday's semifinals.

Davidson. The Wildcats (20-11) are crashing the Atlantic 10 party at the Barclays Center in Brooklyn, beating St. Bonaventure in the quarterfinals. Now, the Bonnies (22-8) are left on the bubble while Davidson tries to play its way into the NCAA Tournament.

Dayton and Saint Joseph's. Speaking of the A-10, those two took care of business with their quarterfinal wins. Now, the Fliers (25-6) and Hawks (25-7) have built strong cases for at-large bids - they face each other in the first of the semifinals Saturday.

San Diego State. The Aztecs (25-8) beat Nevada in the Mountain West semifinals, but they remain on shaky ground. Winning their league tournament would take all the stress out of Selection Sunday.

Ohio State. The Buckeyes (20-13) no-showed against second-ranked Michigan State in an 81-54 loss. It was the kind of listless performance that NCAA Tournament selection committees were sure to notice.

Houston and Tulsa. It was a rough day for the American with the Cougars (22-9) falling to woeful Tulane and the Golden Hurricane (20-11) losing to Memphis. Hey, maybe everybody was too busy talking about UConn's four-overtime thriller over Cincinnati to notice?

George Washington. For all the teams rising in the A-10, there had to be somebody falling. The Colonials (23-10) were it, blowing a 14-point halftime lead in their loss to Saint Joseph's.

Wichita State. Remember the Shockers? They haven't played in more than a week after getting knocked out of the Missouri Valley semifinals. As upsets continue to happen elsewhere, the suspect resume of Wichita State (24-8) is starting to come under the microscope.