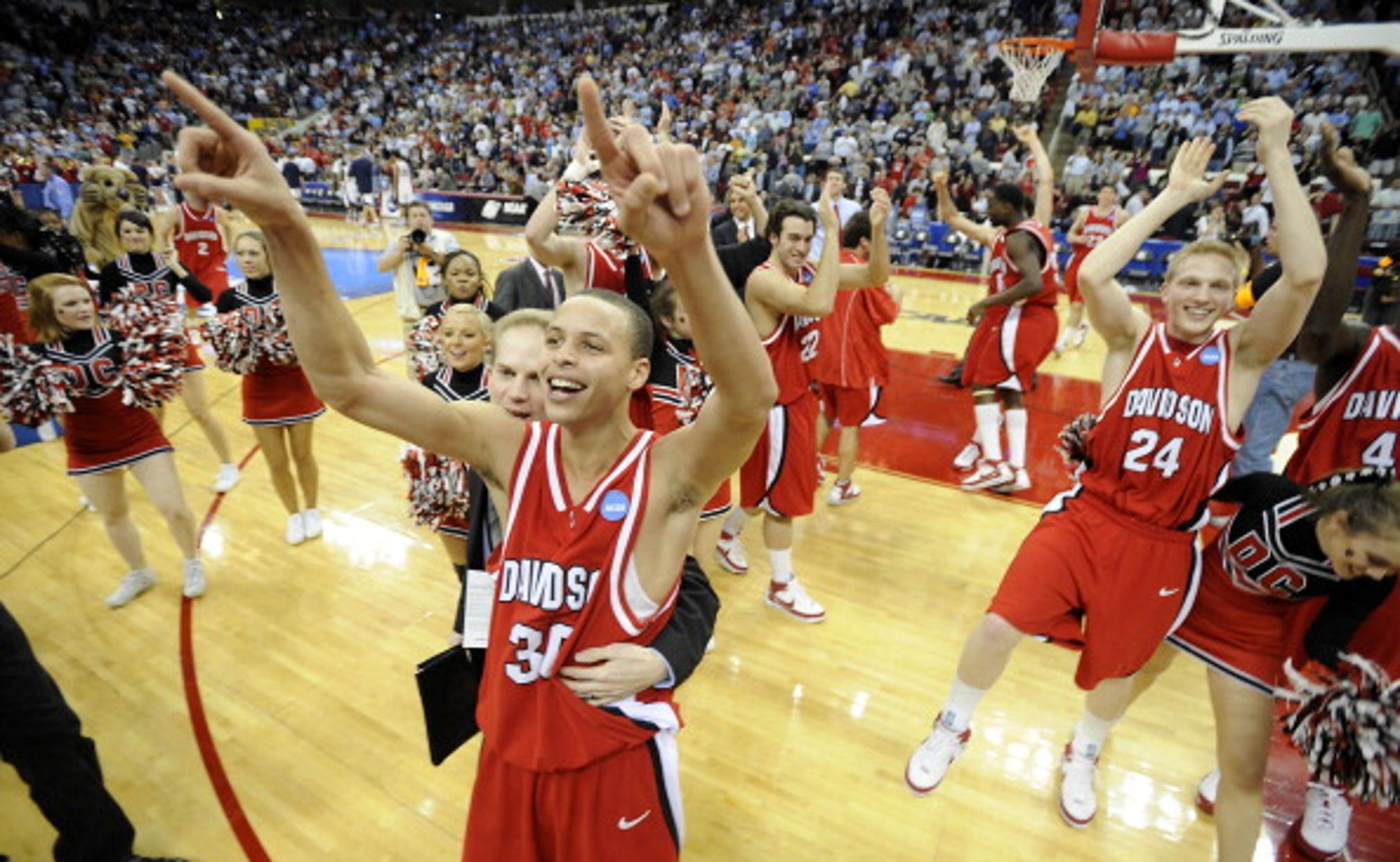 When people think of the greatest shooter of all-time, Stephen Curry is the first name that comes to mind.  Shooting is as synonymous with Curry as dunking is with Vince Carter.

But before the two-time NBA MVP was recognized as the best shooter of all-time, he was a relative unknown going into the 2008 NCAA Tournament.

He announced his arrival in epic fashion, at the expense of Gonzaga.

The son of former NBA sharpshooter Dell Curry, Steph wasn't a five-star recruit in high school. In fact, he wasn't even offered by Virginia Tech, the school his father attended.

That didn't stop Curry from lighting up the collegiate ranks.

Curry entered the 2008 NCAA tournament averaging 25.9 points per game but most of America had never seen him play.

He became must-see television after this performance.

And this was only the beginning for Curry and Davidson.

They would make a run to the Elite Eight, where they would fall to eventual champion Kansas University.

On that run Curry averaged 32 points and became the ultimate Cinderella story.

Here is a full look at the damage he caused in the 2008 NCAA Tournament.

The run was so special we mentioned it in our favorite moments from Curry on his 32nd birthday.

Not bad for a kid who was overlooked coming out of high school.