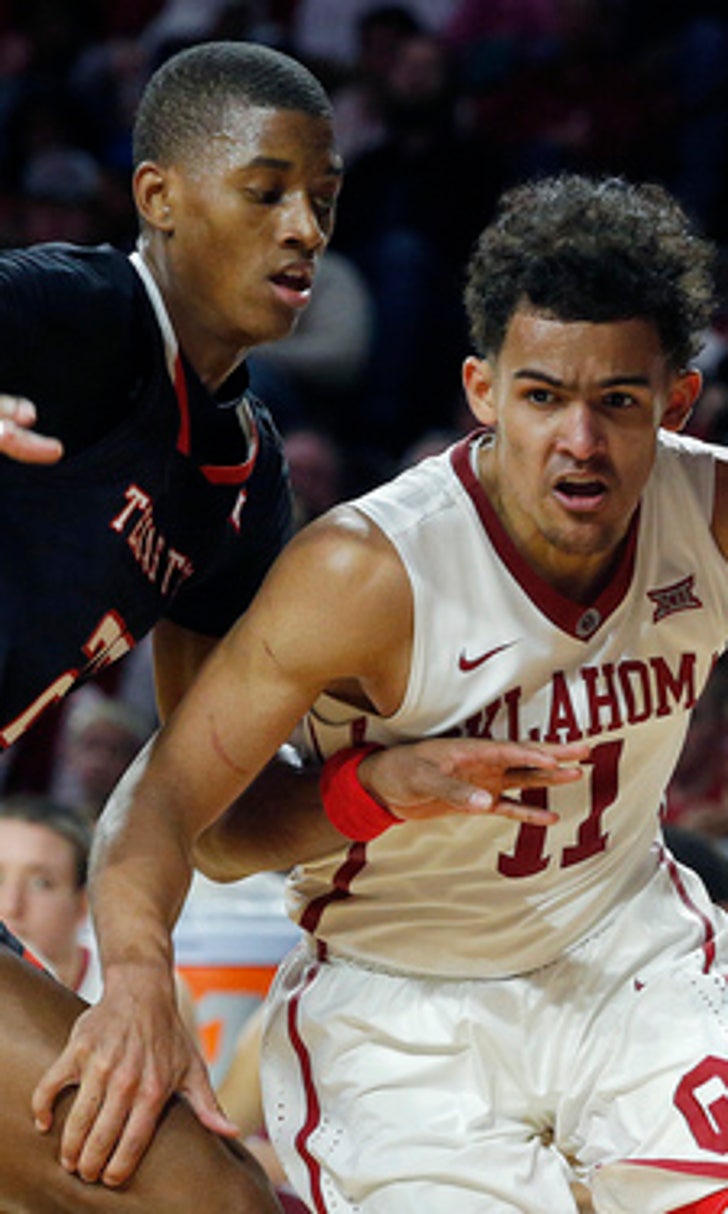 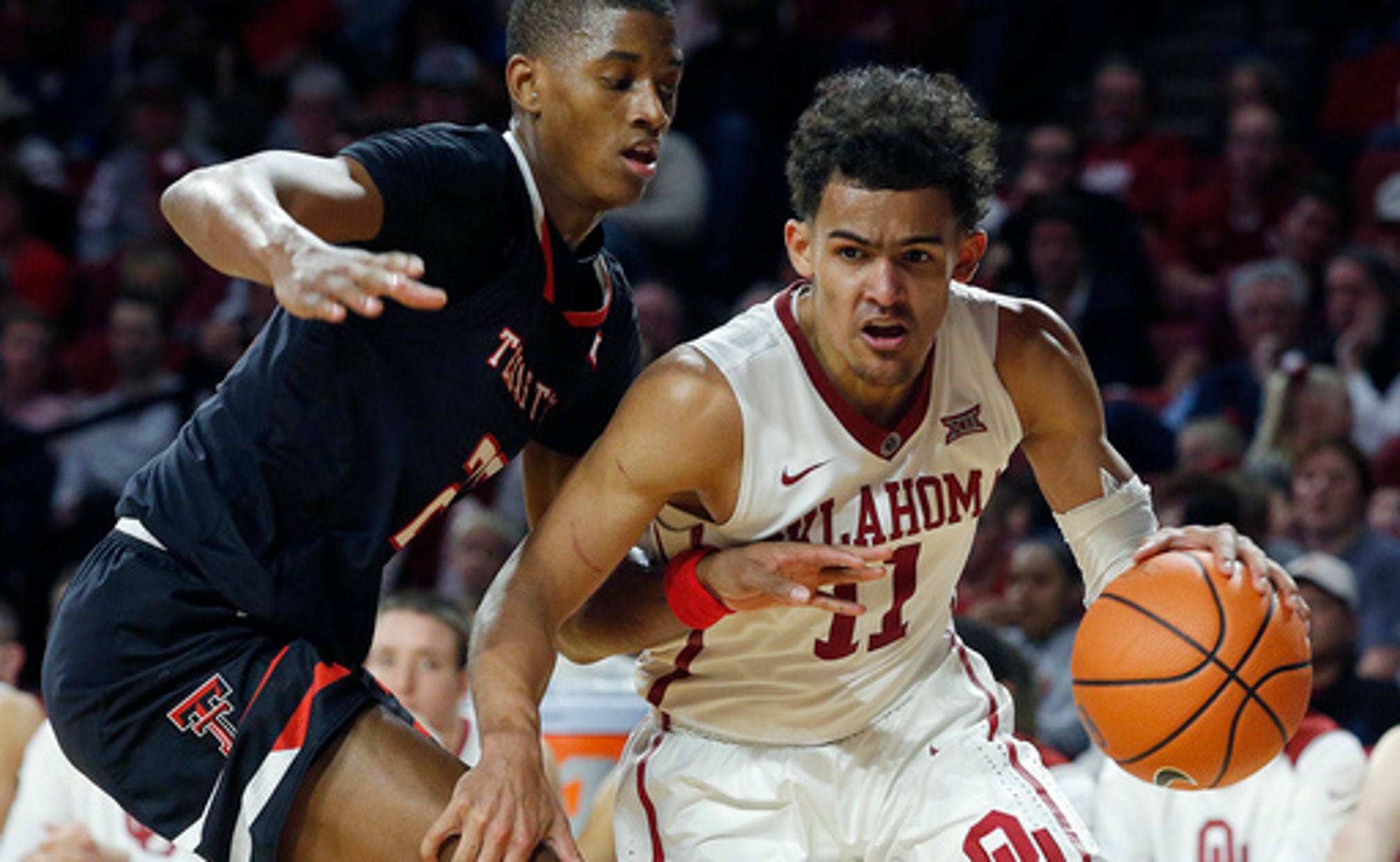 And Oklahoma's Trae Young has managed to top them both.

Those rookies are among a standout group across college basketball as the season crosses its midway point.

Here's a look at the season's top performers so far with Selection Sunday less than two months away:

The 6-foot-2 freshman leads the country in both scoring (29.5 points) and assists (9.8) for the fourth-ranked Sooners, who were picked to finish sixth in the Big 12.

''This is what you dream of when you're a kid growing up, playing college basketball at a high level - and winning,'' Young said after going for 43 points, 11 rebounds and seven assists against TCU last weekend.

Young is the only player with two 40-point games this season through Wednesday's games and tied an NCAA Division I single-game record with 22 assists against Northwestern State.

''It's very hard for a guy to be consistently at that high level through 15 ballgames,'' Sooners coach Lon Kruger said. ''Normally you start maybe just expecting it to happen, you get that big dropoff here or there. And it hasn't happened with him.''

He can be a force any time he takes the court.

The possible No. 1 overall NBA draft pick already has more 30-point games than any other freshman in school history. He also became the first Duke player in 38 seasons under Hall of Fame coach Mike Krzyzewski to have a 30/20 game (32 points, 21 rebounds against Florida State ).

Bagley ranks in the top 15 nationally in scoring (22.0 points) and rebounding (11.7) while ranking second with 15 double-doubles - already a freshman record for the fifth-ranked Blue Devils.

As freshman teammate Trevon Duval put it: ''Something good always happens when you throw it inside to Marvin.''

Preaseason Associated Press All-American Allonzo Trier got the early attention, but the 7-1 Ayton has been dominant for the No. 14 Wildcats.

The freshman is averaging 20.2 points while ranking in the top 10 nationally in rebounding (11.3) and double-doubles (13). He's shooting nearly 64 percent from the field with enough power and athleticism to finish through contact. But he's shown good touch, too, making 71 percent of his free throws and knocking down eight 3-pointers.

Holder's rise has made the No. 16 Sun Devils one of the season's biggest stories.

With Holder leading the way, Arizona State reached No. 3 in the AP Top 25 last month for its highest ranking since 1980-81.

The 6-2 preseason AP all-American has been as steady and efficient as they come for top-ranked Villanova.

Brunson is averaging 18.8 points and 5.3 assists while shooting 58 percent. He also ranks in the top 10 nationally in assist-to-turnover ratio (3.52) and has just 27 turnovers despite averaging 30.7 minutes in 18 games.

Brunson's play, along with the leap by Mikal Bridges (17.4 points), has lifted Villanova to No. 1 for a third straight season.

''If you thoroughly examine him, you would think he is a robot,'' Xavier coach Chris Mack said last week. ''He's a phenomenal player that just dominates the court.''

OTHER PLAYERS OF NOTE:

JOCK LANDALE, ST. MARY'S - The 6-11 Australian ranks among the national leaders in scoring (22.0), rebounding (10.4), shooting percentage (.662) and double-doubles (13) - including a 26-point, 12-rebound performance in Thursday's win at No. 13 Gonzaga . It's an example of why KenPom has Landale second to Oklahoma's Young in its national player of the year rankings.

MARKUS HOWARD, MARQUETTE - The 5-11 sophomore had 52 points and 11 3-pointers - both are the most by any Division I player this year - at Providence, then followed with 37 points in a loss to current No. 1 Villanova. He's also 57 for 57 at the line.

JORDAN MURPHY, MINNESOTA - The 6-6 junior is first nationally in double-doubles (19), second in rebounding (12.1) and averaging a team-best 18.1 points.

MID-MAJOR SCORERS: Oakland's Kendrick Nunn (25.8 points) and Hofstra's Justin Wright-Foreman (25.1) are putting up big numbers, but Wofford's Fletcher Magee deserves a special nod. The 6-4 junior averages 23.1 points and ranks among the national leaders in 3-point percentage (.506) and made 3s per game (4.6). More impressively, he averaged 25.2 points in five games against power-conference opponents - including 36 points in a win against Georgia Tech and 27 in a road upset of reigning national champion UNC.