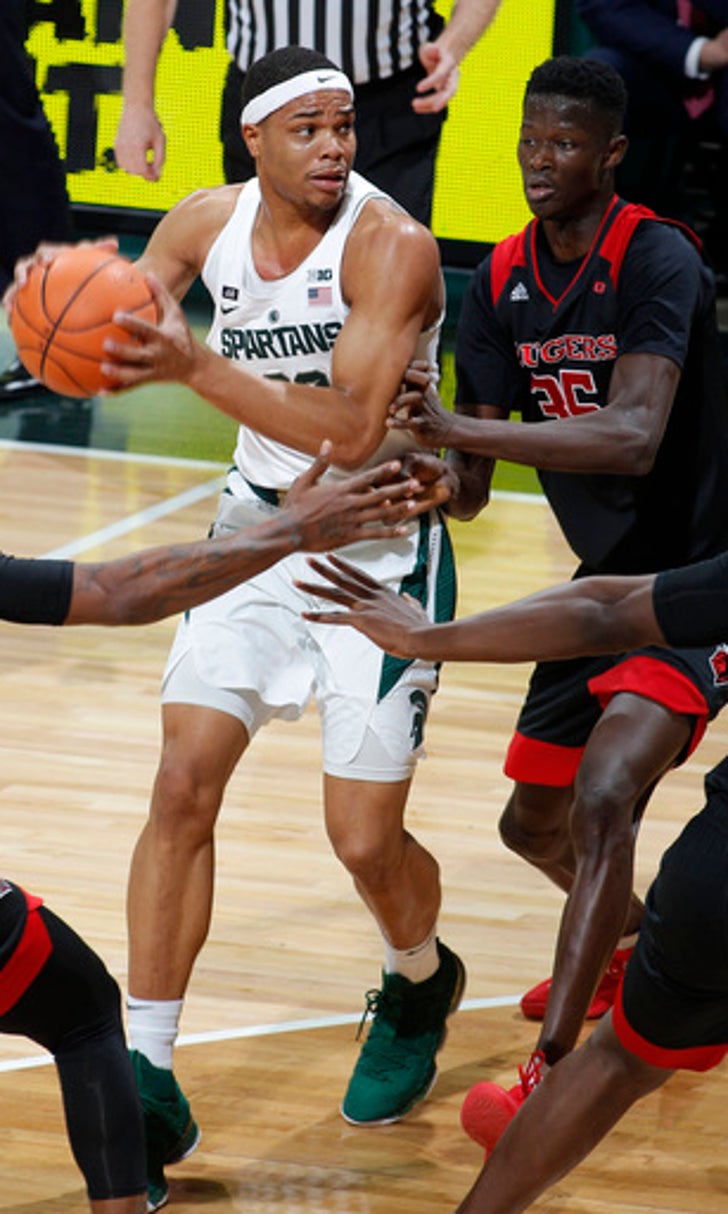 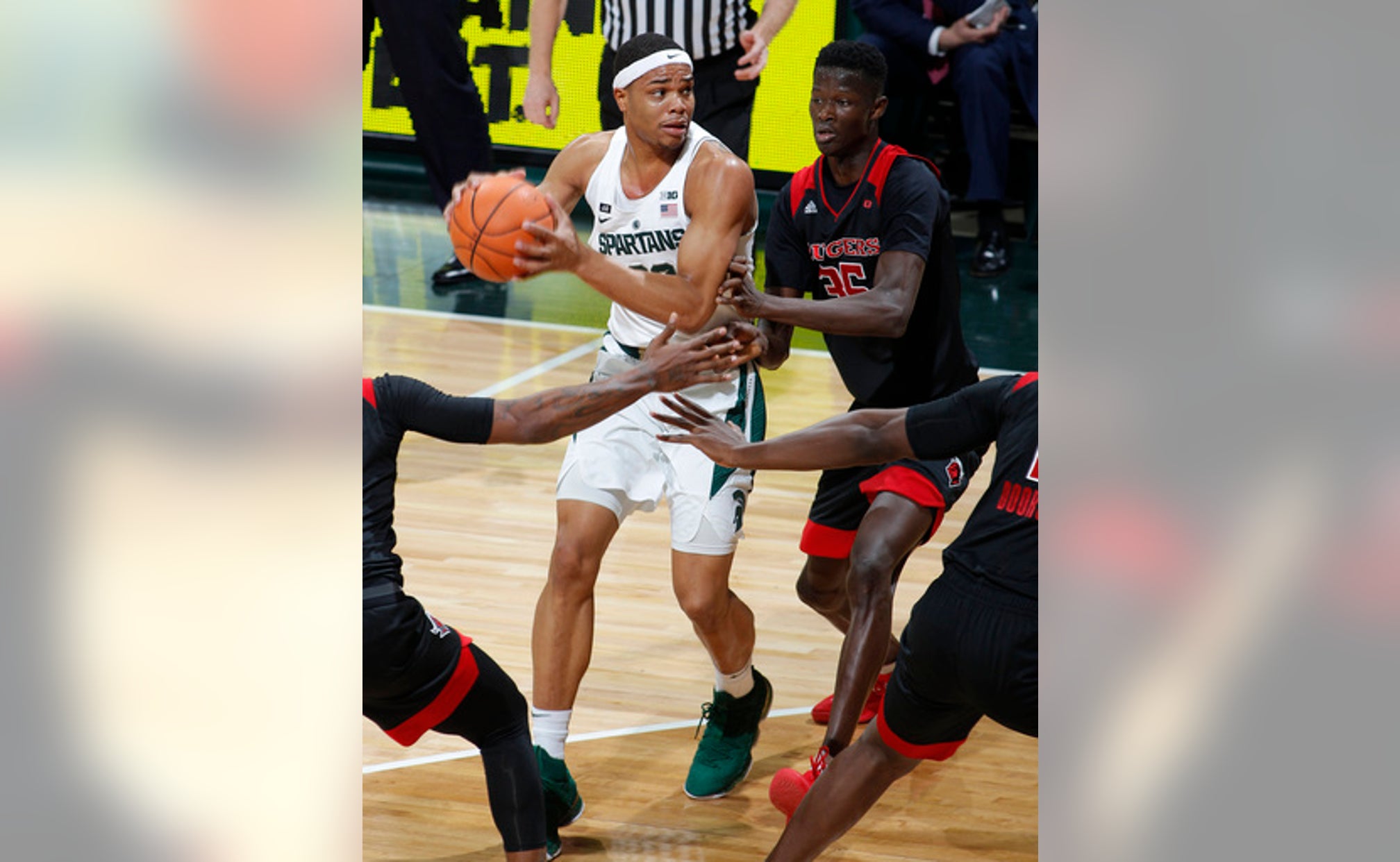 EAST LANSING, Mich. (AP) Miles Bridges may be one of the most unselfish stars in college basketball.

Tom Izzo wants him to change, hoping he'll choose to be more aggressive with the ball.

Bridges ended his scoreless start with 7:43 left in regulation and finished with just 11 points to barely help No. 4 Michigan State bounce back from a loss with a 76-72 overtime victory over Rutgers on Wednesday night.

The Spartans (16-2, 4-1 Big Ten) were coming off a lopsided loss at Ohio State and the setback seemed to have lingering effects for the team and their sophomore star.

''We just couldn't get anything going,'' Bridges said. ''They made it tough for us.''

Bridges missed his first five shots and one of two free throws with 8 seconds left with a chance to give Michigan State the lead. The preseason All-America player opened overtime with a 3-pointer, but ended up with as many turnovers (3) as made shots on 10 attempts and appeared to be frustrated throughout the game.

''We tried to do a good job of limiting his touches,'' Rutgers coach Steve Pikiell said. ''But he's a real good player and they have a lot of weapons.''

The Scarlet Knights (11-7, 1-4) took a one-point lead on Corey Sanders' step-back jumper with 1 minute left and Bridges stepped out of bounds on the ensuing possession, giving them the ball back with 41.3 seconds left. Sanders missed a long jumper with 16 seconds left.

Bridges was fouled with 8 seconds left, but made only the second free throw to tie the game.

With a chance to win, Sanders missed a shot near the top of the key with a second left in regulation. Sanders made a game-tying floater with 1:21 left in overtime, falling to the court with a cramp in his left calf. He returned to make a layup to pull Rutgers within two with 9 seconds left, but Cassius Winston sealed the win with two free throws to put the Spartans ahead by six.

Sanders scored 22 points and Deshawn Freeman had 15 for the Scarlet Knights, who had four players foul out.

''We try to prove every night we're capable of playing the team we're up against and I think tonight we proved that,'' Sanders said. ''It wasn't the result we wanted, but we played hard.''

Rutgers: The Scarlet Knights, coming off a win over Wisconsin, are showing they can compete in Pikiell's second season. They play tough defense and rebound, a formula for success Izzo has used for 23 seasons at Michigan State.

''They play hard,'' Izzo said. ''They play tough. They play physical with a chip on their shoulder.''

Rutgers announced earlier in the day it signed Pikiell to an extension to keep him under contract through the 2023-24 season.

''From Day 1, I loved the people at the university,'' he said. ''We have a lot of tremendous things going on.''

Michigan State: The Spartans have seemed to lose the swagger they earned with a 16-game winning streak that ended with an 80-64 loss to the Buckeyes. They look out of sync on offense and are prone to foul on defense.

''Maybe everybody got a little fat and sassy,'' Izzo said.

Michigan State: Hosts Michigan in the rivals' only scheduled matchup on Saturday.