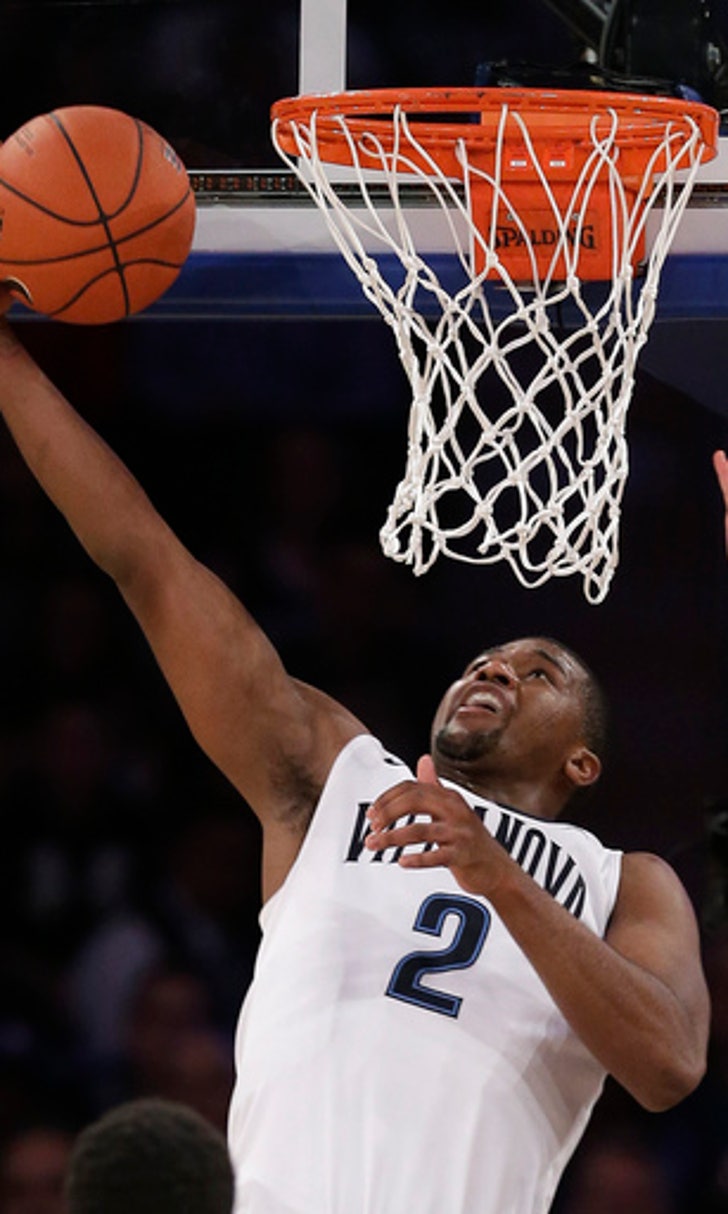 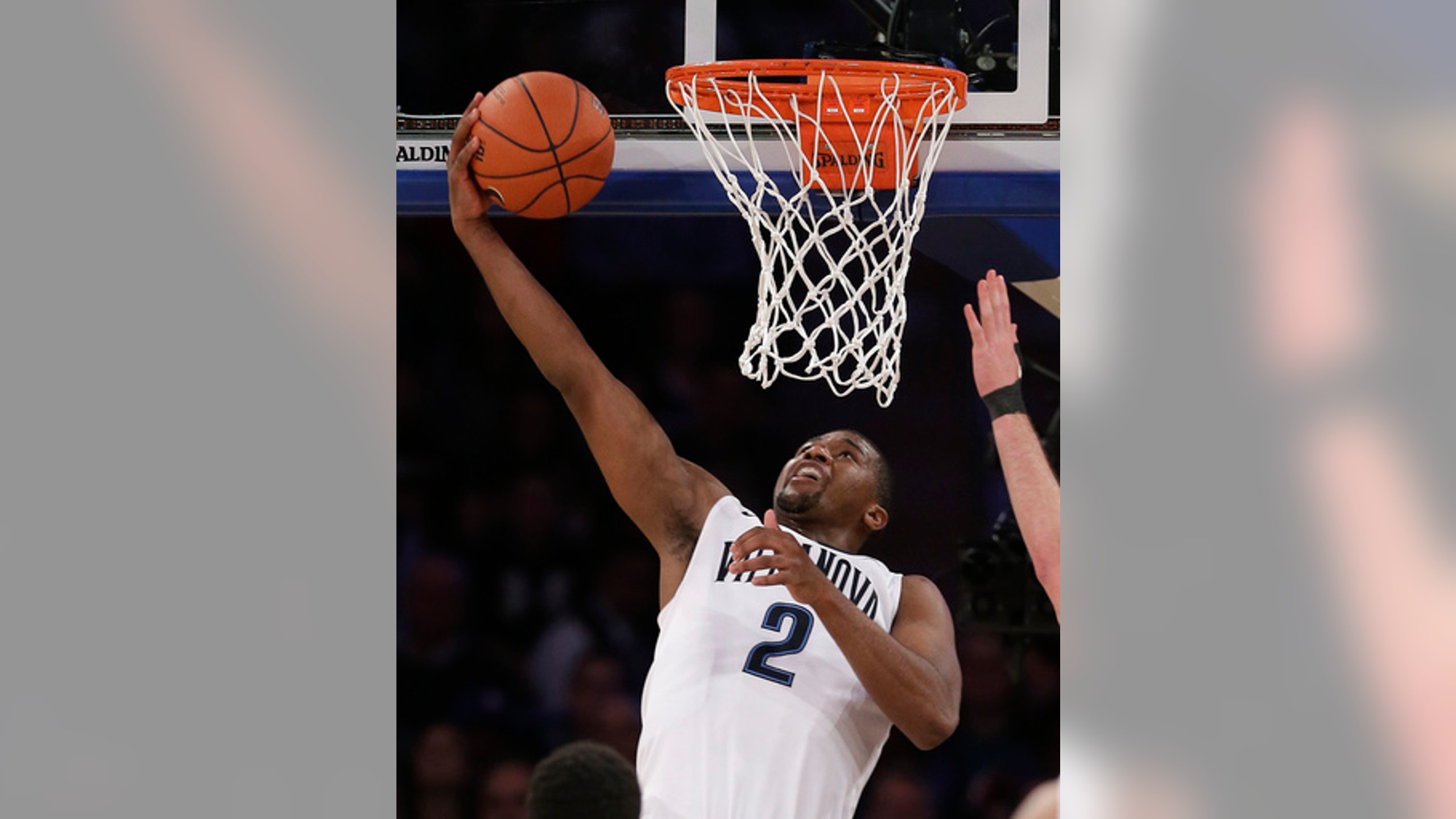 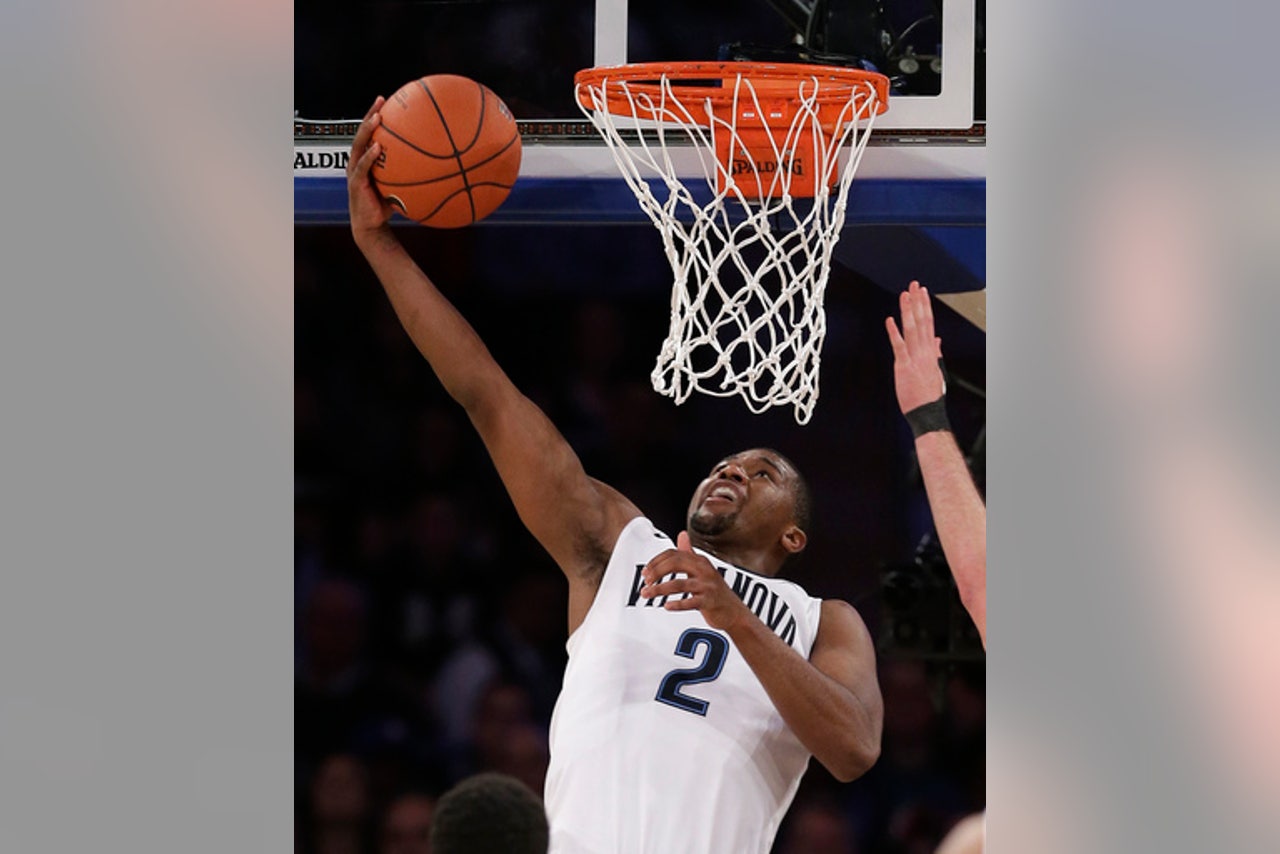 Ryan Arcidiacono added 15 points and a headlong dive over the press table, landing two or three rows deep Derek Jeter-style. Hobbled center Daniel Ochefu scored all eight of his points in the final 6:41, helping the top-seeded Wildcats (29-4) hold on down the stretch.

They will try to win their second consecutive tournament title when they face the Seton Hall-Xavier winner on Saturday night.

Stars on both sides were shut down in a tightly called game that left both coaches seething at the officials.

Bentil, who scored 38 points in a quarterfinal win over Butler, was held to a season-low three and fouled out midway through the second half. He came in leading the Big East at 21.7 points per game.

Dunn, the back-to-back conference player of the year, had nine points on 1-of-8 shooting for the fourth-seeded Friars (23-10). He missed all four of his 3-point attempts in this matchup of the past two Big East champions, and Wildcats fans briefly chanted ''Over-rated! Over-rated!'' when he went to the foul line late in the second half.

With its dynamic duo completely off its game, Providence somehow managed to stay close despite trailing for all but a few early seconds. The supporting cast did what it could, but Villanova's was better and the Friars got a bit exposed as a two-man team.

All-conference guard Josh Hart, who has thrived in the Big East Tournament throughout his career, scored 12 points for Villanova, but several of his baskets came in the final seconds as the Wildcats salted this one away.

Ochefu, slowed by a sprained right ankle, was a game-time decision. The 6-foot-11 senior went through warmups and checked in with 12:21 left in the first half but committed three fouls and played only five minutes before the break.

He found his footing just in time for the Wildcats, though, converting a three-point play that extended the lead to 58-53 with 6:41 remaining after Providence had trailed by 14 with 12:01 to go.

Jenkins added a three-point play of his own and then threw consecutive lob passes to Ochefu for easy layups as Villanova pushed its advantage to 65-56 with 3:25 left.

Providence: Bentil had 51 points in two regular-season games against Villanova this season. He entered averaging 29.4 points in his last five overall. ... Providence is 1-8 against Villanova in the Big East Tournament, with the only victory coming in 1994 on the way to its first championship. ... These teams split two regular-season meetings, each winning on the road.

Villanova: Arcidiacono added seven rebounds and four assists. He became the first player in the history of the program with 1,500 career points and 500 assists. ... Hart came in averaging 19.6 points in five Big East Tournament games on 67.3 percent shooting (33 of 49), including 59 percent from 3-point range (13 for 22). As a sophomore last season he won the league's Sixth Man of the Year award and became the first Big East reserve to take home the tournament MVP trophy. ... Villanova is 5-0 in New York City this season and has won eight straight games at Madison Square Garden. ... Villanova edged Providence 63-61 in the tournament semifinals last year when Arcidiacono hit two free throws with 3.1 seconds left after a questionable foul call. That sent the Wildcats to their first Big East final since 1997.

Villanova split two meetings with Xavier this season and won both against Seton Hall.