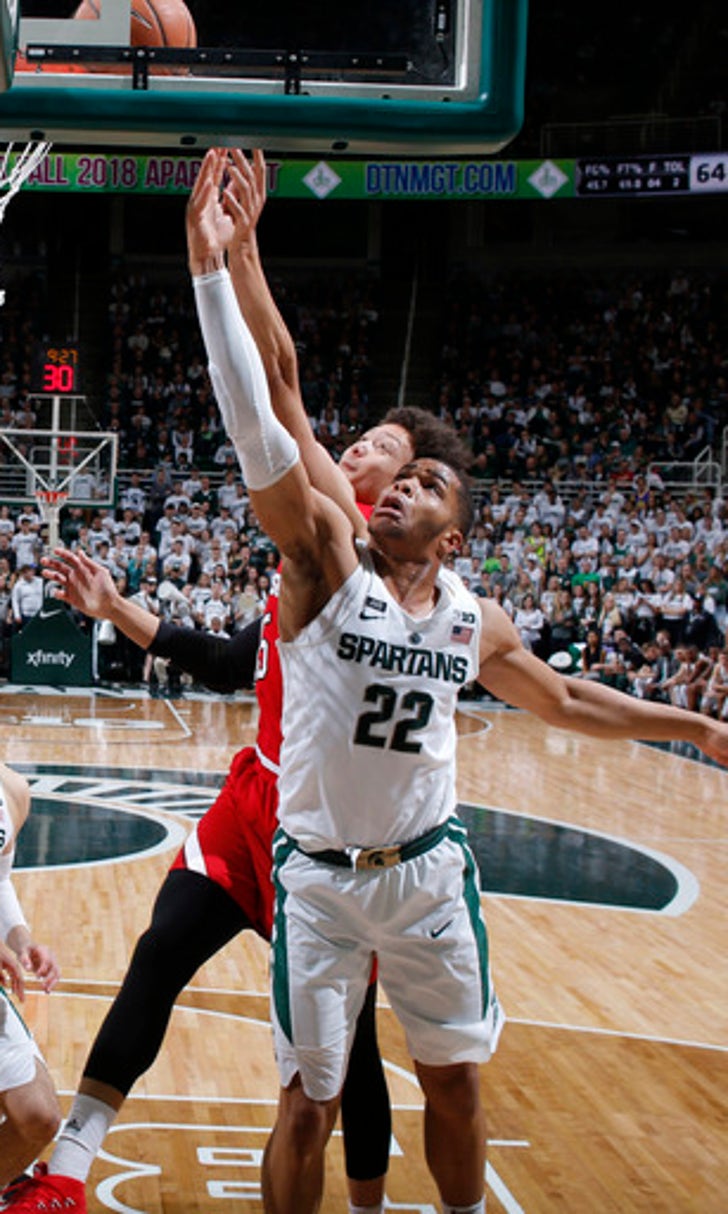 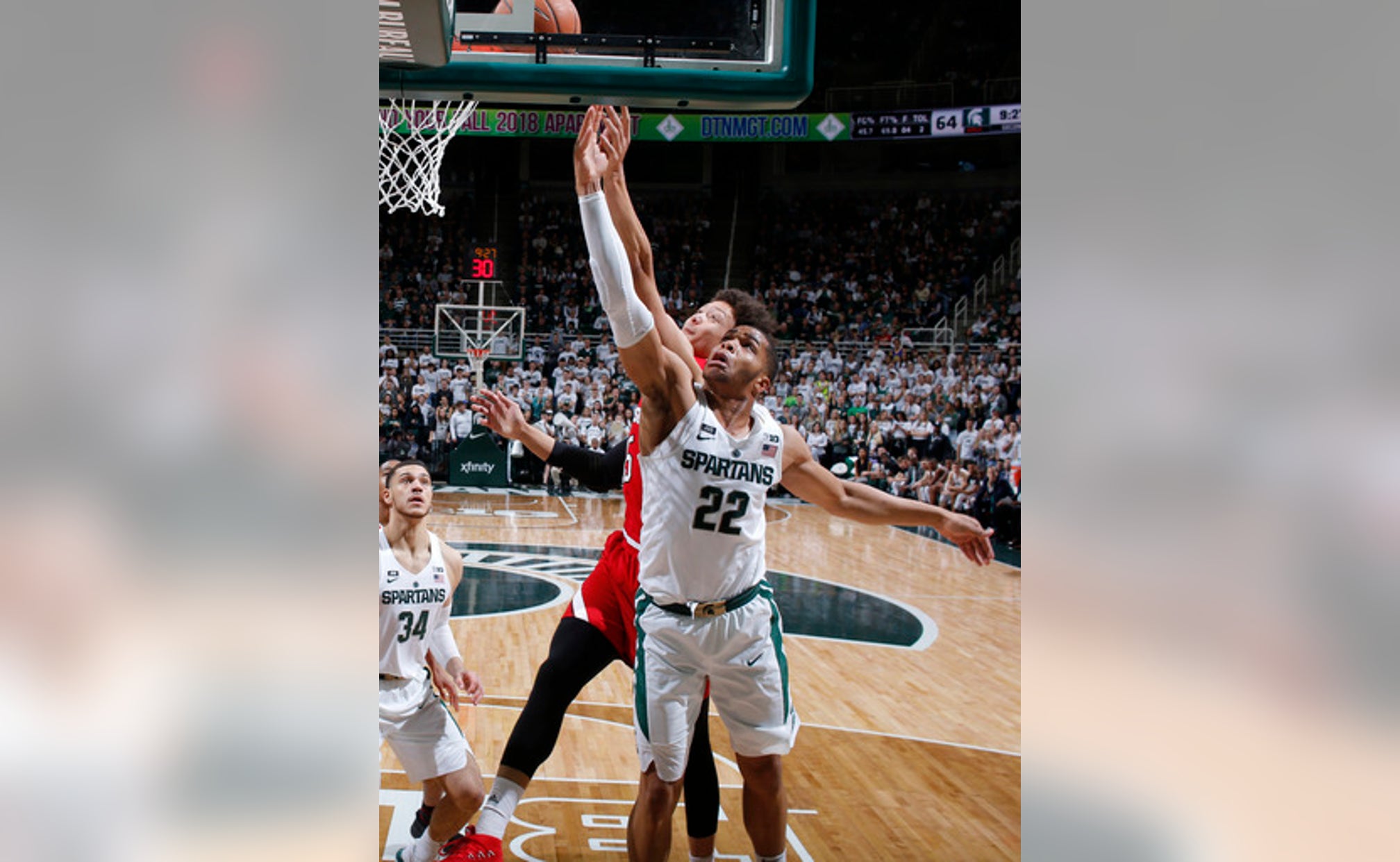 No. 3 Michigan State on a roll since loss to top-ranked Duke

Michigan State looked overmatched at times when it played an early season game against top-ranked Duke.

After a dominating win over No. 5 Notre Dame last week, the third-ranked Spartans showed why they're still considered a team that could contend for a Final Four spot.

''I shouldn't complain about one this,'' Michigan State coach Tom Izzo said after his team rolled to an 81-63 victory over the Irish in East Lansing on Thursday night.

He's got that right.

The Spartans stumbled at the Champions Classic in Chicago on Nov. 14, losing 88-81 to the Blue Devils after Grayson Allen burned them for 37 points.

Michigan State bounced back to win the Victory Bracket of the PK80 Invitational in Portland, rolling over then-No. 9 North Carolina 63-45. The Spartans (6-1, 1-0 Big Ten) were just as good against Notre Dame, which won the Maui Invitational the week before.

Michigan State took the Irish (6-1) out of their rhythm while building a big first-half lead, withstood one run in the second half and pulled away from a decisive victory, its sixth straight.

''They come at you with fresh bodies, they just keep coming at you and it takes its toll,'' Notre Dame coach Mike Brey said.

Michigan State opened its Big Ten schedule with an 86-57 win over Nebraska on Sunday and plays at Rutgers on Tuesday before a string of nonconference games to close out December.

Notre Dame will likely drop in Monday's AP Top 25, but it may not be far after losing to the nation's third-ranked team. The Irish beat St. Francis Brooklyn 71-53 on Sunday and have games against Ball State and Delaware this week.

Duke has yet to be slowed this season. The Blue Devils (10-0) became the unanimous No. 1 in last week's poll and will likely get every first-place vote again on Monday. Duke beat Indiana by 10 and South Dakota by 16 last week.

Southern California was a popular pick to make a deep run in the NCAA Tournament this season, but Trojans already have two losses.

USC (4-2) lost to a solid Texas A&M team by 16 at home last Sunday and followed that up with a 72-55 loss to SMU on Saturday. The consecutive losses could knock the Trojans out of next week's poll.

''We kept missing easy shots,'' USC coach Andy Enfield said after the loss to SMU. ''You could just see on their faces it was a tough stretch for them. This is the worst game we've shot the ball from the field since we've been here five years and that's on me.''

No. 16 Baylor had a chance to make a big statement last week, facing two ranked teams. The Bears came up short and will drop in the rankings next week.

Xavier had a good week, following its win over Baylor with an 89-76 win over No. 11 Cincinnati. Look for the Musketeers to rise in the next poll.

College Hoops' Best Buzzer-Beaters
What are the most iconic buzzer-beaters in college hoops history? Who better than Titus & Tate to provide the answers?
3 days ago