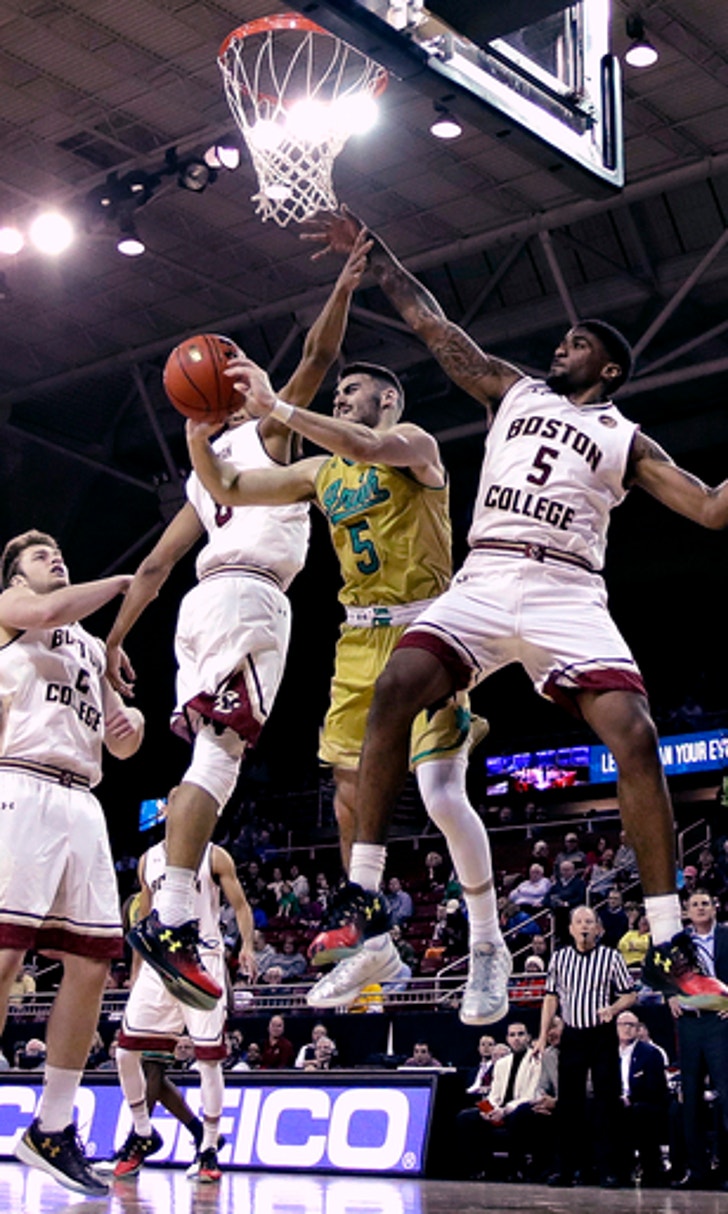 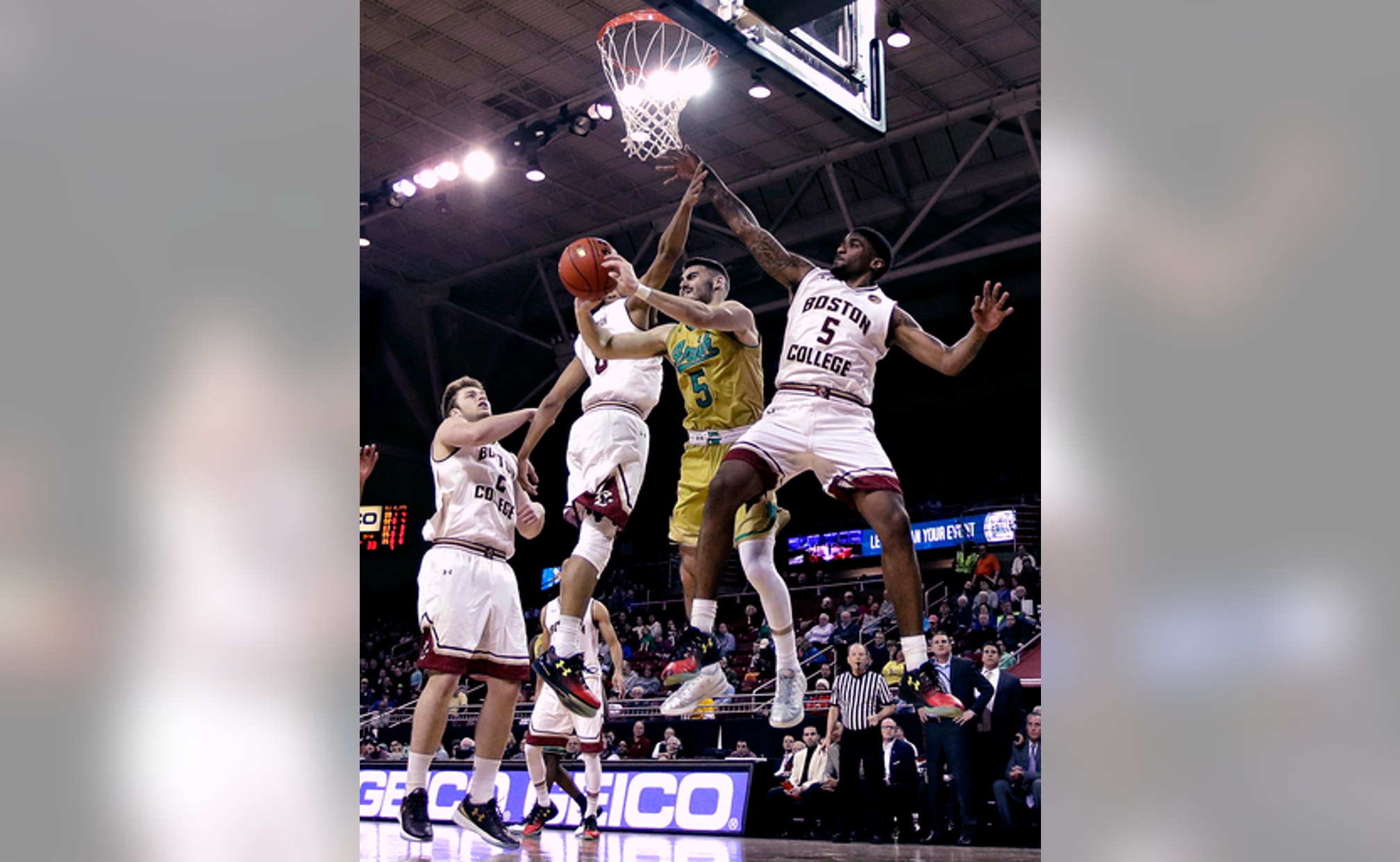 BOSTON (AP) Bonzie Colson remembered running around Boston College, having birthday parties and shooting around with some of the Eagles' notable players when his dad was an assistant coach.

He was having fun again Tuesday night.

Colson scored 20 points, Matt Farrell had 19 and No. 25 Notre Dame overcame a 13-point first-half deficit for an 84-76 victory over Boston College, sending the Eagles to their 10th straight loss.

''I just remember a lot of times shooting around before practice, being a ball boy. Just trying to learn the game and learn from them,'' said Colson, who recalled being around former Eagles like current NBA players Jared Dudley and Reggie Jackson to name a few.

''It's been something that's always been a huge part of my life and I'll never forget those memories,'' Colson said.

BC had sliced it to 78-76 on Bowman's two free throws with just under a minute to play, but Beachem grabbed an offensive rebound and was fouled on the ensuing possession. He hit both free throws with 24.1 seconds to play.

''When you get opportunities in the ACC, you've got to make the play,'' BC coach Jim Christian said of the rebound. ''We didn't. It's a short answer to a complicated question, but it's the truth.''

The Fighting Irish trailed by 10 points early in the second half before outscoring BC 21-3 over a 4:50 span.

Consecutive 3s from Farrell 29 seconds apart tied it at 59 before Colson's putback jam on their next possession gave them their first lead of the game with just under 13 minutes to play. Farrell let out a loud yell when he was running down the court.

''I think in the first half we weren't playing with any energy or any of that passion we need to play with,'' he said.

Farrell had committed to BC out of high school but opted out after Steve Donahue was fired in March 2014.

''I was thinking about some extra stuff,'' he said. ''Some guys called me `traitor.' It was awesome.''

Notre Dame: The Fighting Irish need to take advantage of a softer portion of their schedule - with games coming up against North Carolina State, Georgia Tech and another with BC to have a chance to make a run to the top of the ACC.

Boston College: Like a number of games this season, the Eagles showed spunk but couldn't close out a win. With leading scorer Jerome Robinson (19.4) struggling down the stretch, they really looked challenged offensively. He finished with 11 points on 3-of-12 shooting.

Notre Dame: The Irish climbed back into the poll this week after being out for one week. A loss to BC and some weaker opponents coming up would have made it very hard to get back in the next few weeks.

Brey talked about how consistent his program has remained in its fourth season in the ACC, posting a third straight 20-win season.

''We've been on a great run,'' he said. ''I'm really proud of our program. We had a pretty consistent program when were in the Big East. I was worried bringing it to the ACC.''

Colson's dad - also Bonzie - was an assistant at BC under Al Skinner for nine years.

BC forward Conar Tava wore No. 30 instead of his usual No. 2 for the second half after playing the final few minutes of the first with a large tear down the left side.

Boston College: At No. 17 Florida State on Monday. The Eagles are 0-6 on the road in league play.