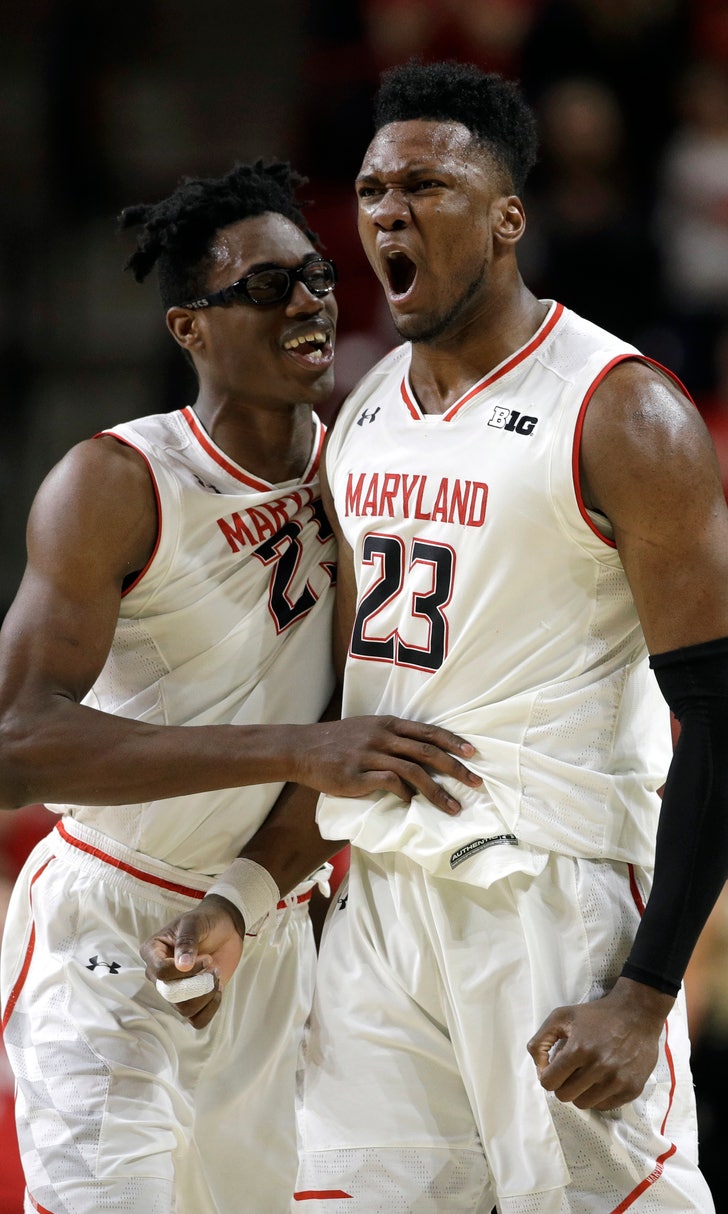 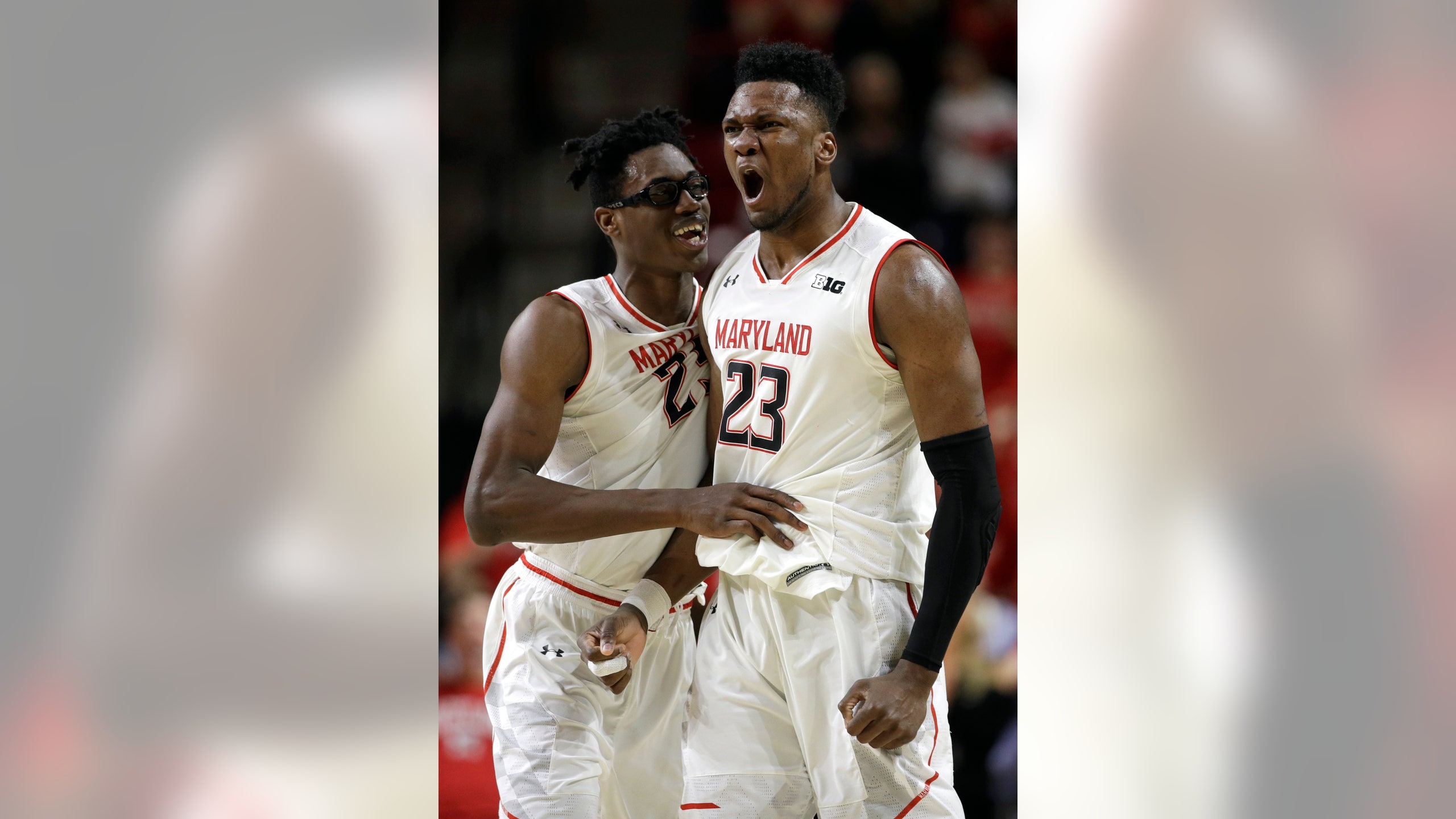 No. 24 Terps look to continue their roll at No. 6 Michigan

A look at the upcoming week around the Big Ten:

GAME OF THE WEEKEND: No. 24 Maryland at No. 6 Michigan, Saturday. The young Terrapins are full of confidence after posting their best win of the season against Purdue on Tuesday. The Wolverines (22-3, 11-3) were upset the same night by a Penn State team that had just one Big Ten win. The Terps (19-6, 10-4), picked seventh in the league in the preseason, could be in first or second place if they win the first of their two meetings with the Wolverines over the next two weeks.

LOOKING AHEAD: Two games separate first and fifth place. Purdue, a half-game behind co-leaders Michigan and Michigan State, has the easiest finishing schedule on paper. The Boilermakers still have games against the bottom three teams, and none of their other four opponents is higher than seventh. Michigan, in addition to playing Maryland again, faces Michigan State twice. The Spartans, outside the meetings with their in-state rival, have manageable games against Ohio State, Rutgers and Nebraska at home and Indiana on the road.

PLAYER TO WATCH: Maryland forward Jalen Smith has established himself as the Terps' go-to man when Bruno Fernando's game is off or he's in foul trouble. The 6-foot-10 McDonald's All-American, whose nickname is "Stix," gained 20 pounds to get up to 215 before the season, and last week strength coaches knocked him around with blocking pads after a practice to toughen him. The next night he had 18 points and 11 rebounds in a win at Nebraska, and against Purdue he had 14 of his 16 points after halftime.

INSIDE THE NUMBERS: Giorgi Bezhanishvili, who set the Illinois freshman record with 35 points in an overtime win over Rutgers , is one of just three Big Ten players the last nine years to have 35 points without attempting a 3-pointer. The others were Diamond Stone of Maryland in 2015 and Jared Sullinger of Ohio State in 2010. ... The last, and only, time Michigan coach John Beilein was ejected from a game before Tuesday at Penn State was when he coached Erie Community College in 1979. According to an MLive.com story from 2014, the then-26-year-old Beilein was tossed with about 10 minutes to play in a road game against Community College of Baltimore. ... Michigan State has allowed 60 points or fewer in nine games, five of them against Big Ten opponents. ... Penn State's 11 losses by single digits are the most among power-five teams, according to Big Ten Network.

ON THE WOMEN'S SIDE: No. 7 Maryland (22-2, 11-2) visits No. 14 Iowa (19-5, 10-3) on Sunday for what likely will be a meeting of first- and second-place teams. ... Iowa's Megan Gustafson tied the conference record with her 77th career double-double, with 29 points and 16 rebounds against Ohio State last Sunday . ... Michigan's Hallie Thome needs 15 points against Indiana on Thursday night to become the fourth Big Ten player this season to reach 2,000 in her career. The others are Penn State's Teniya Page, Minnesota's Kenisha Bell and Gustafson. ... Entering this week, 35 percent (31 of 89) of conference games have been decided by two possessions (six points) or fewer. ... All Big Ten schools have posted double-digit win totals for the first time since 2012-13, two years before the conference expanded from 12 to 14 teams.