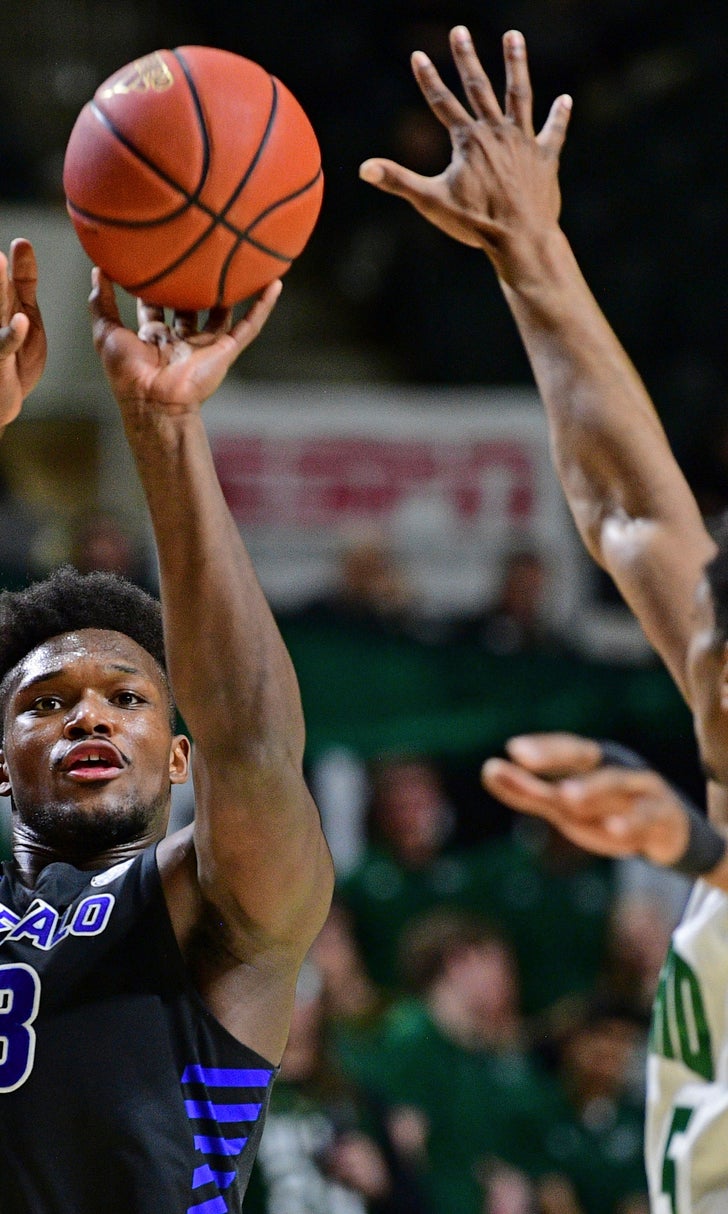 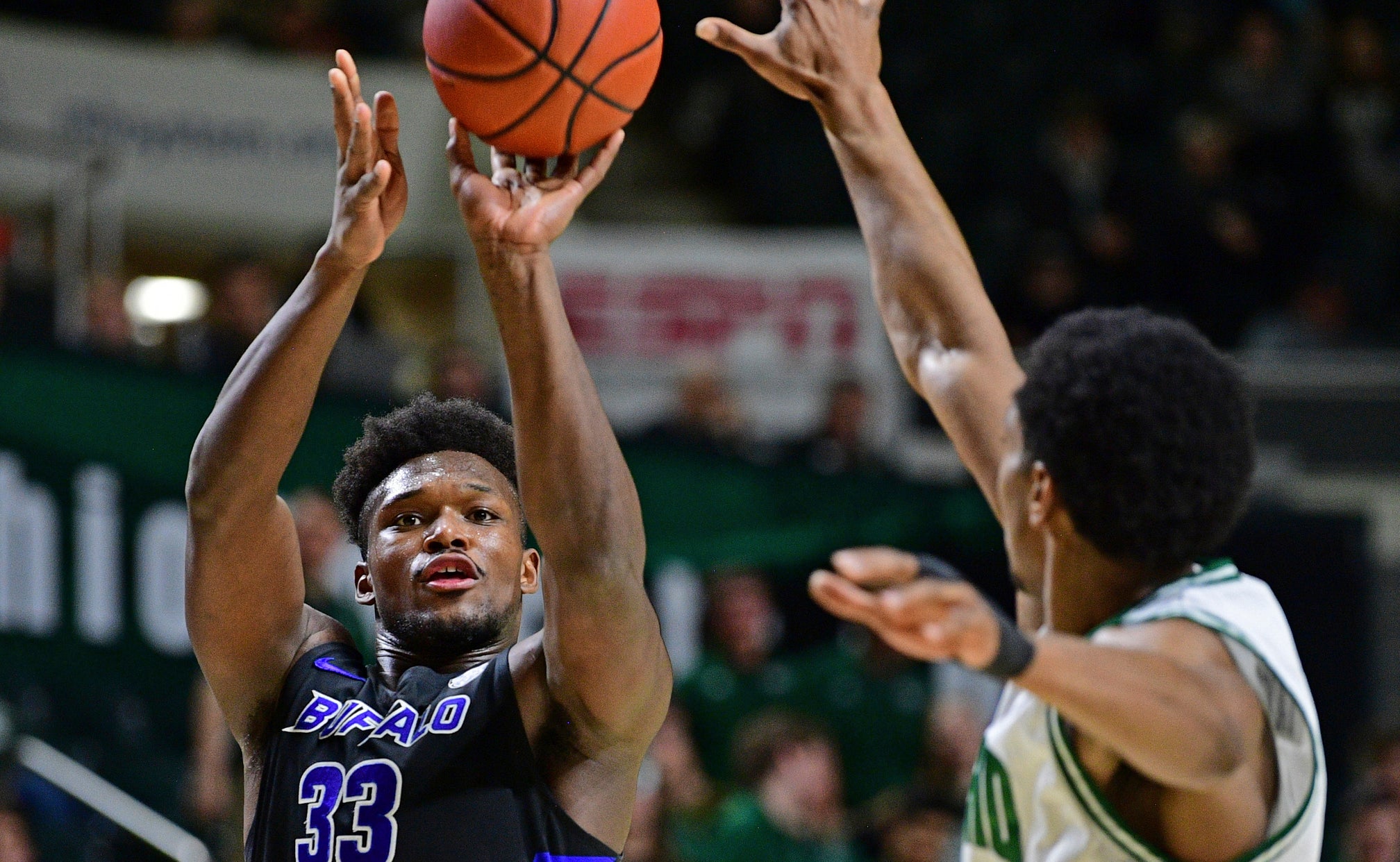 ATHENS, Ohio (AP) — After Buffalo bombed Ohio with 3-pointers last month, the No. 19 Bulls seemed ready for a repeat.

Buffalo hit eight of its first 11 3-point attempts, but Ohio wouldn't go quietly this time. The Bulls led by as many as 12 points in the second half, but the game came down to the final possession with a desperation shot by Ohio's Gavin Block sailing off the mark as time ran out.

Buffalo's 82-79 win on Tuesday night locked up the Mid-American Conference regular-season title and a top seed in the conference tournament.

Jeremy Harris scored 20 points, and Nick Perkins and CJ Massinburg each chipped in 17 as the senior-laden Bulls (27-3, 15-2 MAC) won the conference title for the second straight year and tied the school record for wins set last year when the team advanced to the second round of the NCAA Tournament.

"We just didn't finish possessions like we needed to," Buffalo coach Nate Oats said. "We let them hang around in the game and they did a good job cutting that thing to one-possession late in the game."

The Bulls were nearly as deadly from long range this time in Ohio, hitting 15 of 34 attempts.

There was an opening barrage of 3-pointers by the Bulls — who were 11 for 20 from beyond the arc before the intermission — but the Bobcats never let it get out of hand.

Buffalo made only one shot from the field that wasn't a 3-pointer in building a 41-35 lead at the half. Perkins was 3 for 3 from 3-point range off the bench in the first half and five players had at least one.

"We had a crack at a ranked team, made a loud out," Ohio coach Saul Phillips said.

Doug Taylor had 20 points for Ohio and Teyvion Kirk added 17.

Buffalo: Oats captured lightning in a bottle this season with a team that could make some noise in the NCAA Tournament. The Bulls' 27 wins are tied for the most in school history. They set a school record with 27 wins last season, when they reached the second round of the NCAA Tournament.

Ohio: The Bobcats have improved in the last month of the season, upsetting Bowling Green, winning at Akron and putting a scare into Buffalo. They will finish in the MAC East cellar but are playing much better down the stretch.

Perkins said having four seniors in the rotation helps in the tough stretch late in the year.

"The end of February (into) March, guys are tired, guys are starting to complain, the season is long, it's dragging, some guys get a little complacent and stop doing the work, so it definitely helps to have experience and guys around who have been there and done that," he said.

The Bulls are in position to remain ranked for a MAC record 18th straight week, extending their record for a MAC team. The last time a MAC school was ranked in the AP Top 25 was 2008, when Kent State was No. 23.