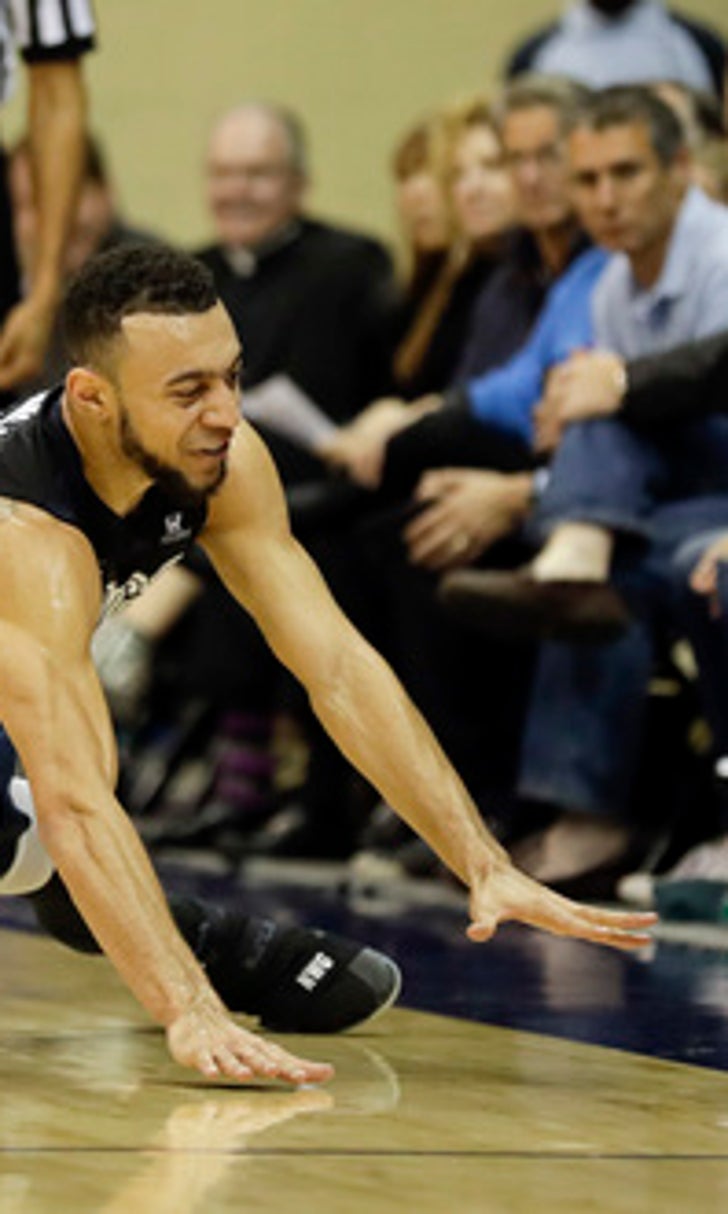 SAN DIEGO (AP) These blowouts never get old for No. 1 Gonzaga.

The Bulldogs had their biggest yet on Thursday night, overwhelming San Diego 96-38 to improve to 29-0 and clinch the West Coast Conference title. Josh Perkins and Jordan Mathews scored 15 points apiece, and Johnathan Williams had 14 points and a career-high 19 rebounds.

The 58-point victory margin was the biggest of the season for Gonzaga, which also has won games by 47, 46 and 39 points. It was just two points short of the school record.

''It's tough to be flat with a full house and we were playing for an outright league championship tonight so I thought the guys were really focused and came out with the right approach,'' coach Mark Few said.

''It's been like this all year. We have just not shown up flat or not paid the proper attention to our opponent. It's the best we have ever been since I have been coaching here, as far as night in and night out doing what we have to do.''

''You just want to get the win, and however much that is, you're going to take it,'' Perkins said.

It was merely the latest laugher for Gonzaga, the only unbeaten team in Division I. It has won all 17 conference games by double digits.

Nigel Williams-Goss scored 14 points and Zach Collins had 12 for Gonzaga.

Gonzaga so dominated that it jumped to an 11-0 lead while USD missed its first 10 shots, five of them 3-pointers. Juwan Gray finally ended the drought with a 3-pointer some 6 1/2 minutes in.

All those missed USD shots led to easy rebounds for the Bulldogs, who finished with 51 to USD's 20.

Helpless against Gonzaga's strong inside game, the Toreros were mostly relegated to tossing up 3s, and air-balling a handful.

It was so bad for USD that Cameron Neubauer air-balled a layup. Apparently thinking it was going to get blocked, he short-armed it and missed badly.

''Our coaches do such a great job preparing us and getting us ready for whatever the team can throw at us, and when we follow the scouting report that we did tonight, I think we're a really good defensive team,'' Perkins said.

The Toreros continue to have growing pains in coach Lamont Smith's second season.

''We learned tonight that when things don't go our way, when shots don't fall, we still got to stay with our game plan,'' Smith said. ''When you don't make the first 10, it affects your defense. Then that just snowballed.''

Gonzaga: The Zags have won 21 straight games by double digits.

San Diego: While the margin was worse, at least the Toreros scored more points than they did in losing 71-27 to then-No. 18 Saint Mary's, the lowest total in school history.

The Zags can finish the regular season at 30-0 if they win at home Saturday night at home against BYU.

''We just know that we're undefeated and obviously want to keep it going as long as we can,'' Perkins said.

''What we are doing is we are having heck of a lot of fun,'' Few said. ''We are savoring every day. We have come out every night and posted and done what we have had to do. And we have taken the time to enjoy it. I think that is important. With everyone talking about Final Four this and Final Four that, there is a season to be had and a season to be enjoyed. It's a long journey and I think that's what made this group special.''

The Zags have owned or shared the WCC regular-season title 18 times in the last 20 seasons, and 20 times overall.

Said Perkins: ''It means everything. Obviously our first goal was to win the league championship. It's a testament to our hard work up until this point.''

Gonzaga finishes the regular season at home against BYU on Saturday night.

College Basketball's Top Plays: Thanksgiving
From a showdown between No. 1 Gonzaga and No. 6 Kansas to a litany of high-flying slams, here are Thursday's best moments.
19 hours ago