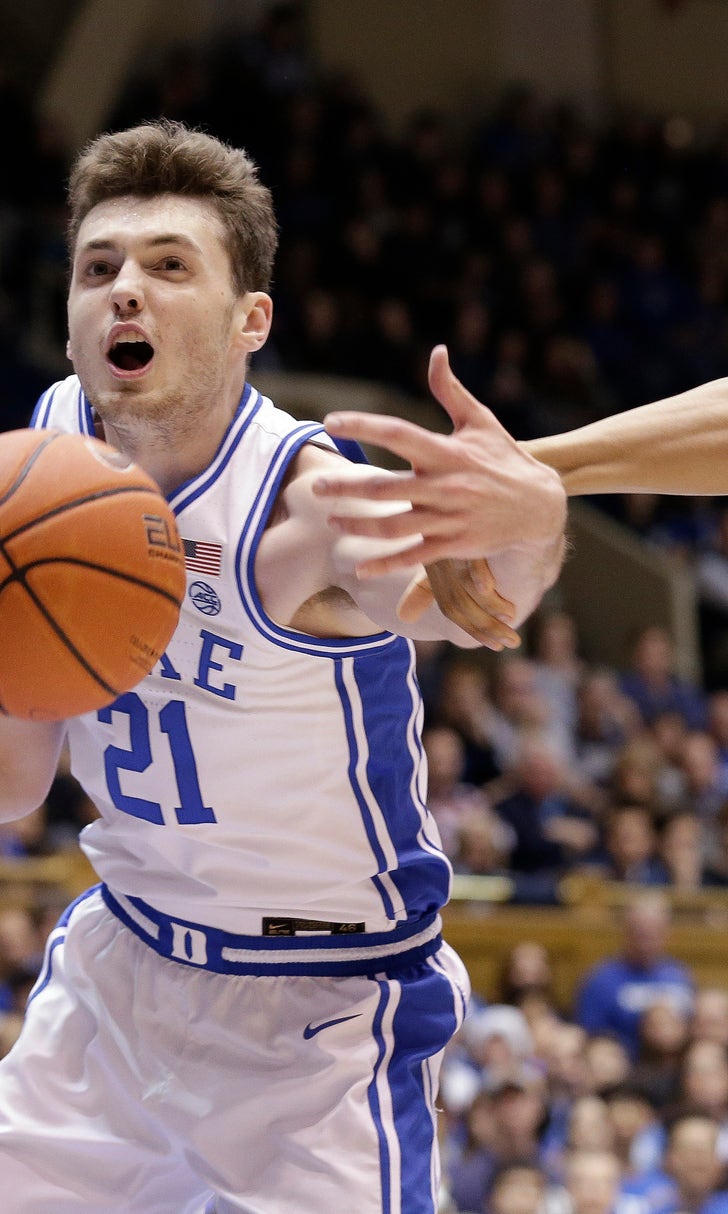 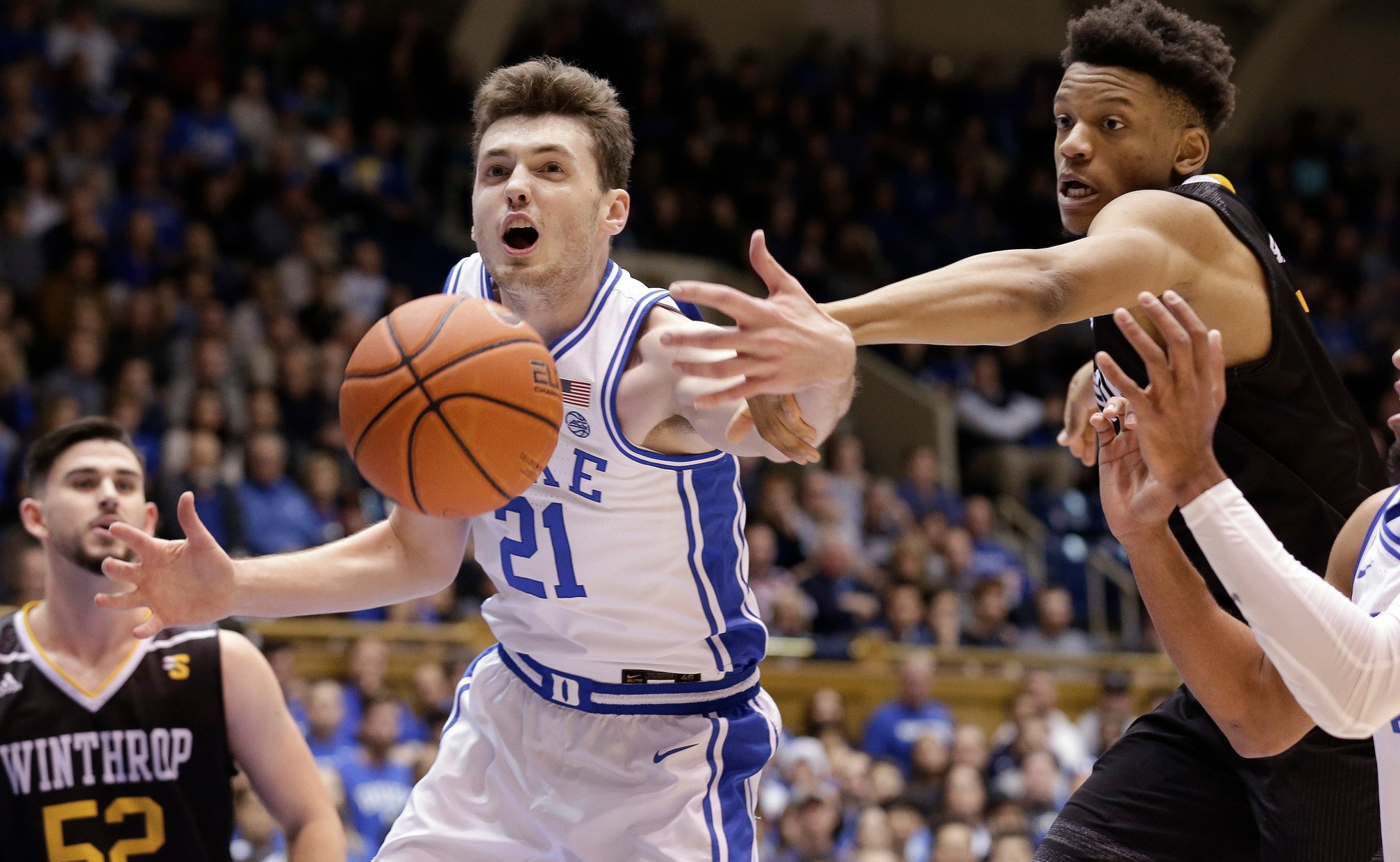 DURHAM, N.C. (AP) — Given a few days to dwell on its stunning loss to Stephen F. Austin, top-ranked Duke wanted to make Winthrop pay for it.

When a blowout didn’t happen right away, the young Blue Devils found themselves doubting themselves a bit.

It took a while to get clicking, but Duke eventually pulled away for an 83-70 victory over the Eagles on Friday night behind a season-high 20 points from freshman Matthew Hurt and career bests of 16 points and four 3-pointers from Joey Baker.

“I think we all wanted to come out tonight and explode right away, try to go up 20 right away,” point guard Tre Jones said. “Trying to go up 20 in one play. We’re all trying to make the home-run play in just one play and that’s impossible. I think we were trying to get ahead of ourselves a little bit.”

Playing three nights after the unheralded Lumberjacks strode into Cameron Indoor Stadium and became the first visitor from outside the ACC to win in nearly 20 years, the Blue Devils (7-1) spent the better part of this one looking ripe for another upset before Baker — a sophomore who appeared in just four games last season — saved them.

He hit two dagger 3-pointers 30 seconds apart in the final 3 minutes to put Duke up by double figures to stay and Jordan Goldwire followed with a layup off a steal to give the Blue Devils their largest lead to that point, 78-64, with just under 2 minutes remaining.

Hunter Hale scored 11 points to lead Winthrop (4-4), which kept itself within striking distance for about 30 minutes but — unlike SFA a few nights before — just couldn’t keep up.

The Eagles trailed just 67-60 in the final 5 minutes following a 3-pointer by Hale but followed that with two empty possessions before Carey’s three-point play was followed by the back-to-back 3s by Baker.

Winthrop: The Eagles leaned on their balance in trying for their second Top 25 win of the season, after toppling then-No. 18 Saint Mary’s on Nov. 11. Eight players scored at least six points apiece in this one. But they didn’t have the late-game counterpunches that the Lumberjacks did, and that kept them from their first win over a ranked ACC team since 2007.

“We knew that they were going to throw haymakers early,” Kelsey said. “We knew we had to take them and we had to counter. I thought we did that. ... They made bigger plays down the stretch.”

Duke: The big question before game was whether the Blue Devils — given three days to fume about their historic loss to Stephen F. Austin — would show any mercy to Winthrop. Instead, they struggled to separate themselves from the Eagles until late and showed they might be more of a work in progress than their pedigree and lofty national ranking might indicate.

This was certainly the Blue Devils’ last game at No. 1 — at least, for a while. By finding a way to pull away from the pesky Eagles, they avoided what would have been an even steeper drop in Monday’s new rankings.

Duke will have to figure out how to play without one of its top freshmen for a while, with guard Cassius Stanley suffering a muscular injury in his left leg while going up for an open-court layup in the second half. Krzyzewski says team doctors told him “right now, it’s not the knee” but he is having an MRI on Saturday. The coach said the best-case scenario is for Stanley to return after Christmas.

Duke: Visits No. 3 Michigan State on Tuesday night in the Big Ten/ACC Challenge.