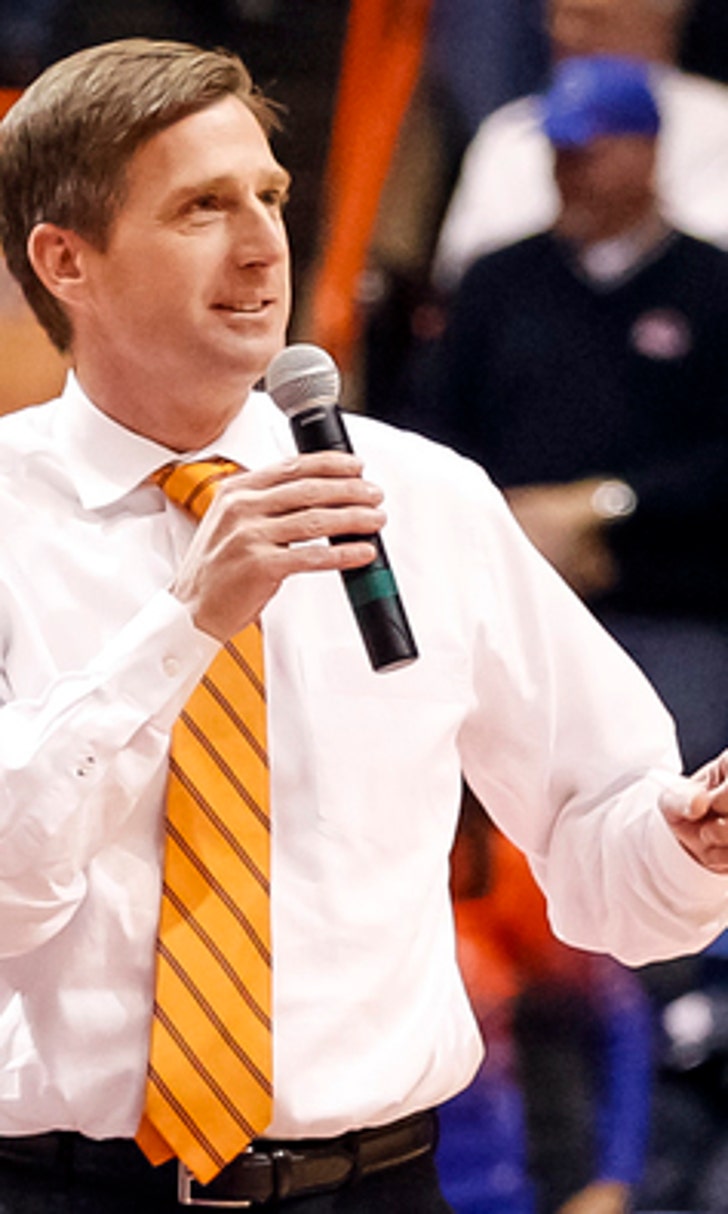 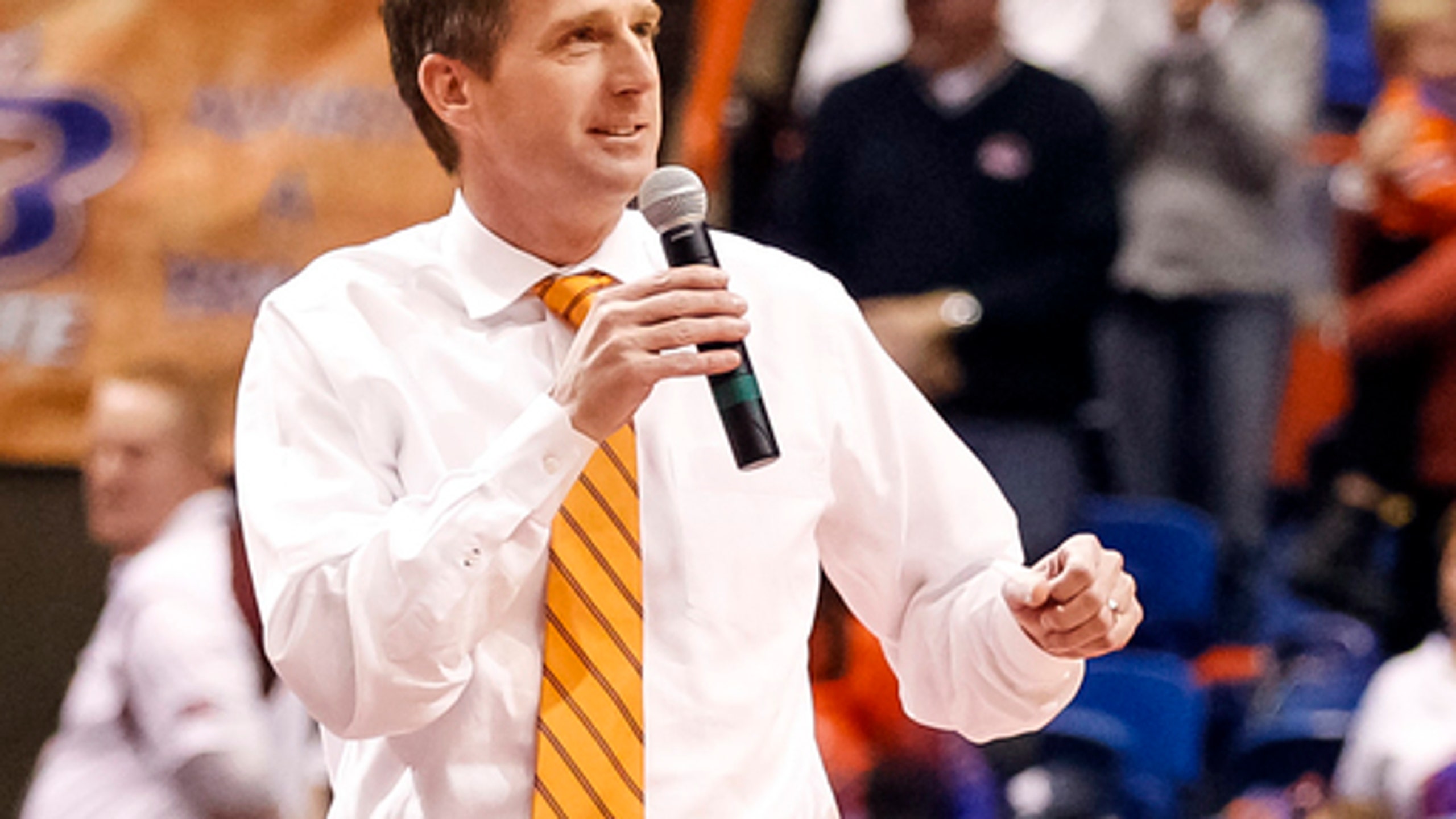 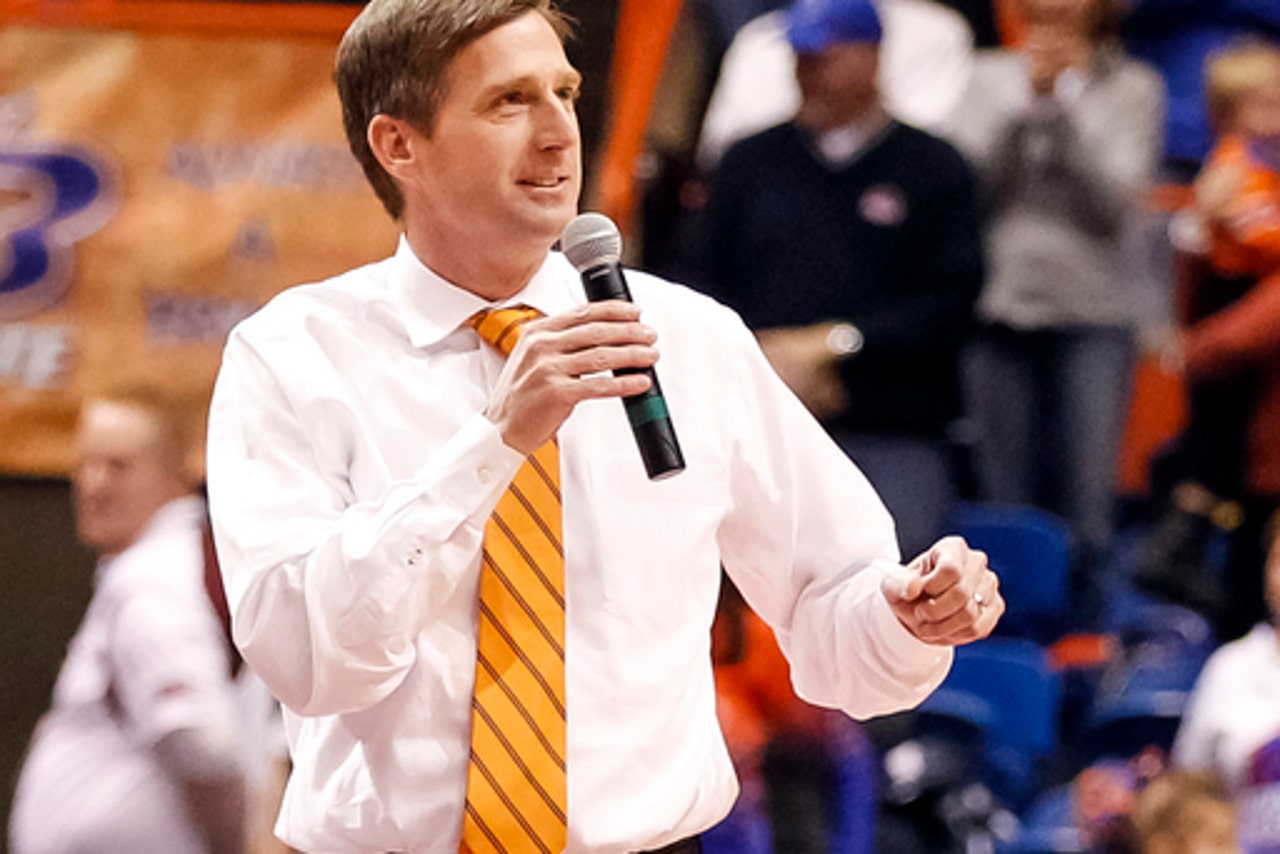 MINNEAPOLIS (AP) Syracuse athletic director Mark Coyle was hired Wednesday for the same job at Minnesota, leaving the Orange with a hole to fill for a second straight year.

President Eric Kaler announced the decision to hire Coyle, who has been at Syracuse for about 10 1/2 months. The 47-year-old visited Minnesota's campus Wednesday for a formal interview with the search committee, meetings with coaches and officials and an introductory news conference at the football stadium less than six hours after being declared the lone finalist. The appointment requires board of regents approval.

''I regret the timing, but I am so grateful for the opportunity,'' Coyle said.

Syracuse said Coyle informed the school of his departure ''for family reasons.'' Coyle is a native of Waterloo, Iowa, who served as an associate athletic director at Minnesota from 2001-05. He was responsible for managing marketing, sales, communications, ticketing and licensing.

''I've been in this for a long time. We love this place,'' Coyle said, fighting back tears and pausing to collect himself.

Coyle eventually became deputy AD at Kentucky and the athletic director at Boise State, where he began the process of cleanup three months after NCAA sanctions had been levied on five sports, including football. Coyle increased compliance and hired more staff. He also hired football coach Bryan Harsin, who led the Broncos to a Fiesta Bowl victory over Arizona in his first season replacing Chris Petersen. Harsin is 21-6 in two years.

After 3 1/2 years at Boise State, Coyle left for Syracuse.

He arrived at the private university in upstate New York after an eight-year NCAA investigation into the basketball and football programs that led to five years of probation. Men's basketball coach Jim Boeheim and the university were punished for violations involving academics, improper benefits and other areas. The future of the 36-year-old, 49,000-seat Carrier Dome, the home of the basketball and football teams, is being scrutinized by the school. The Orange have won a total of seven games in football over the last two seasons.

Still, Coyle made a widely lauded football coach hire in December of Dino Babers from Bowling Green to replace Scott Shafer. And Boeheim led the Orange, now established in the Atlantic Coast Conference, as a No. 10 seed to the Final Four last month.

Coyle is set to become the 13th person in charge of Gophers sports in less than 30 years, glaring proof that recent dysfunction was not a recent development. Men's and women's teams were run by separate departments until 2002. Several scandals preceded the merger, most memorably the revelation of term paper writing by a former academic counselor for the men's basketball team that brought myriad NCAA penalties.

Interim AD Beth Goetz was a candidate for the job.

She gained Kaler's trust by taking over the reeling department last August following the resignation of Norwood Teague, who was accused of several instances of sexual harassment including a report from two high-level administrators that they were targeted at a senior leadership retreat. A university audit also found a pattern of financial mismanagement under Teague, including improper reimbursements for top officials and questionable spending.

After Teague's departure, one of the recommendations by an outside law firm tasked with a departmental review was to use a larger committee to vet the AD candidates and employ psychological questioning during interviews. Kaler tabbed 16 people for the search, a mixture of faculty members, current and former Gophers athletes, statewide business leaders and one head coach.

Kaler said Goetz was ''not a lock'' for the job in announcing the search committee in March. He stressed a ''need to have some pretty profound knowledge of college athletics'' including the NCAA structure, the Twin Cities media marketplace and Minnesota's academic mission.

''She's been an incredible partner, and I know she has a bright, bright future,'' Kaler said of Goetz while introducing Coyle.

New Jersey-based Turnkey Search was hired at a cost of $150,000 plus expenses for its work. Teague had a base salary of $400,000. The median salary for Big Ten athletic directors, according to the university, is $750,000.