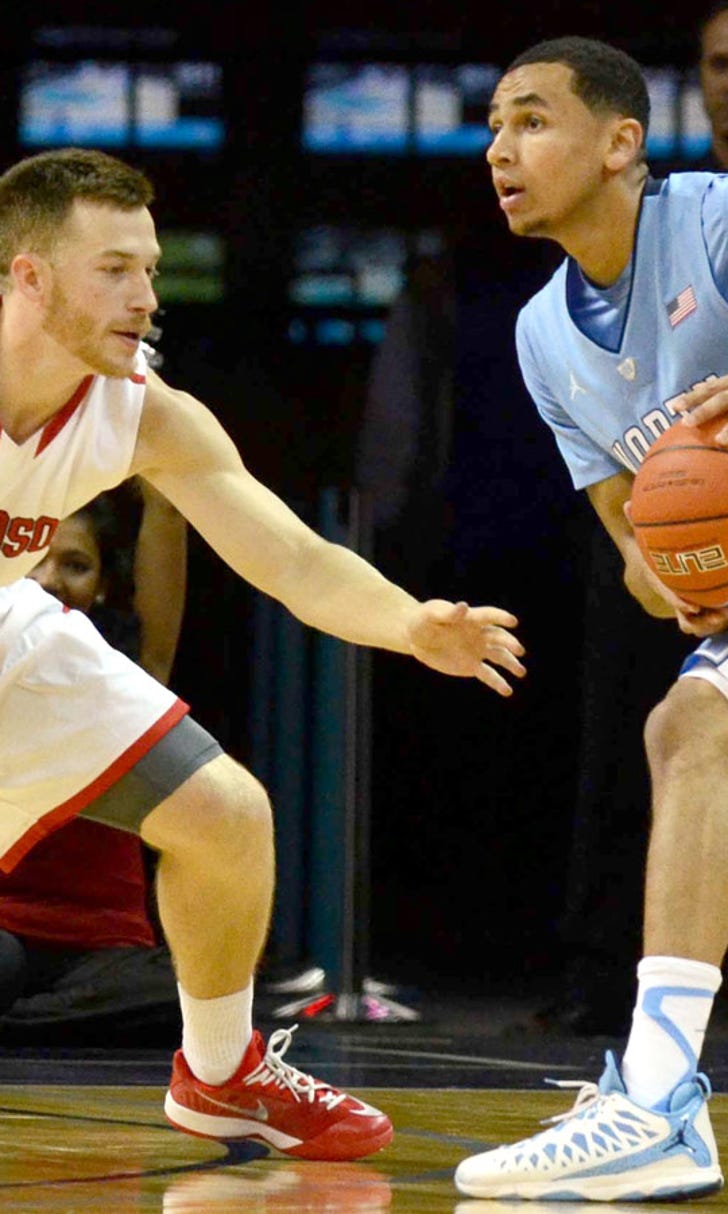 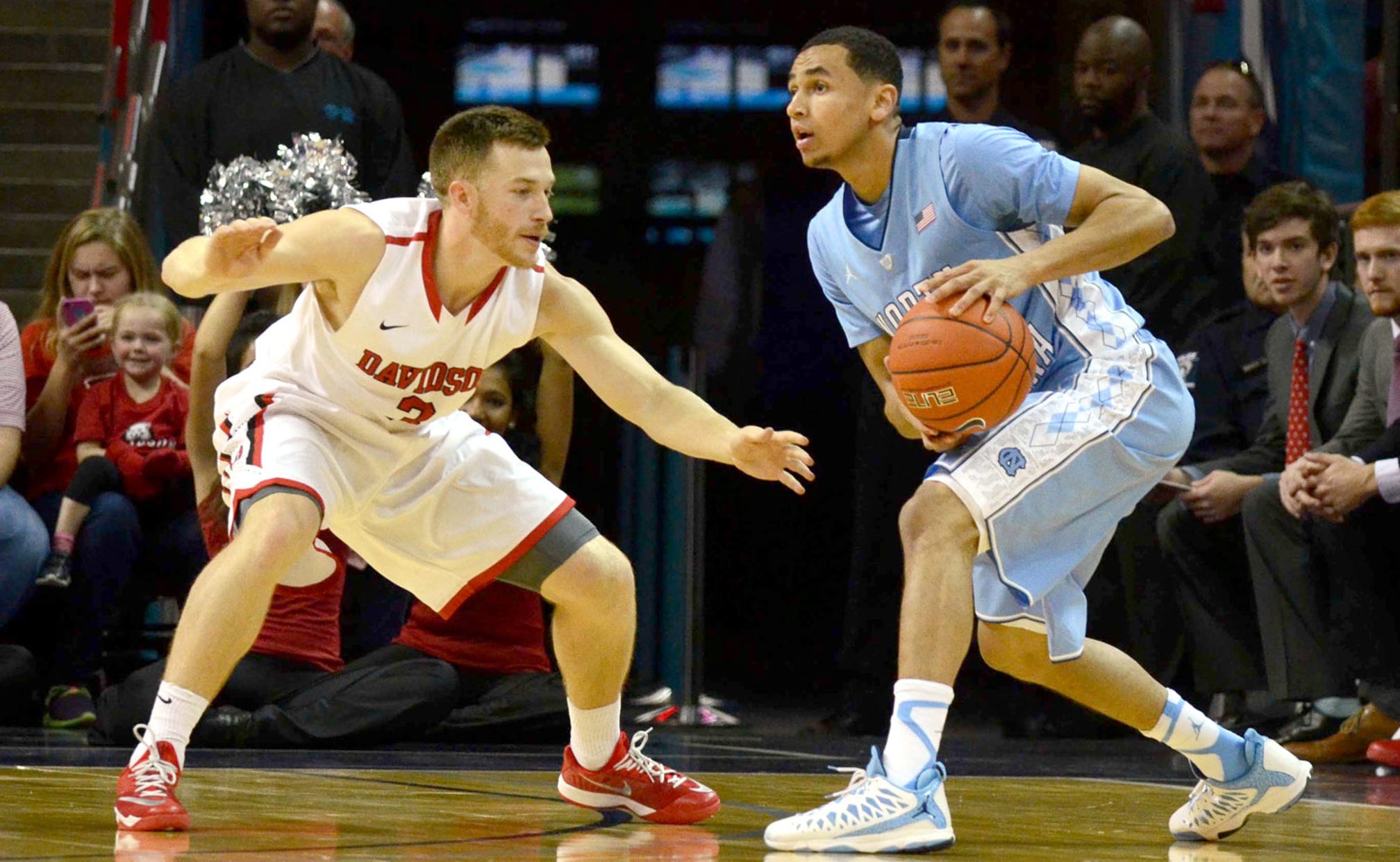 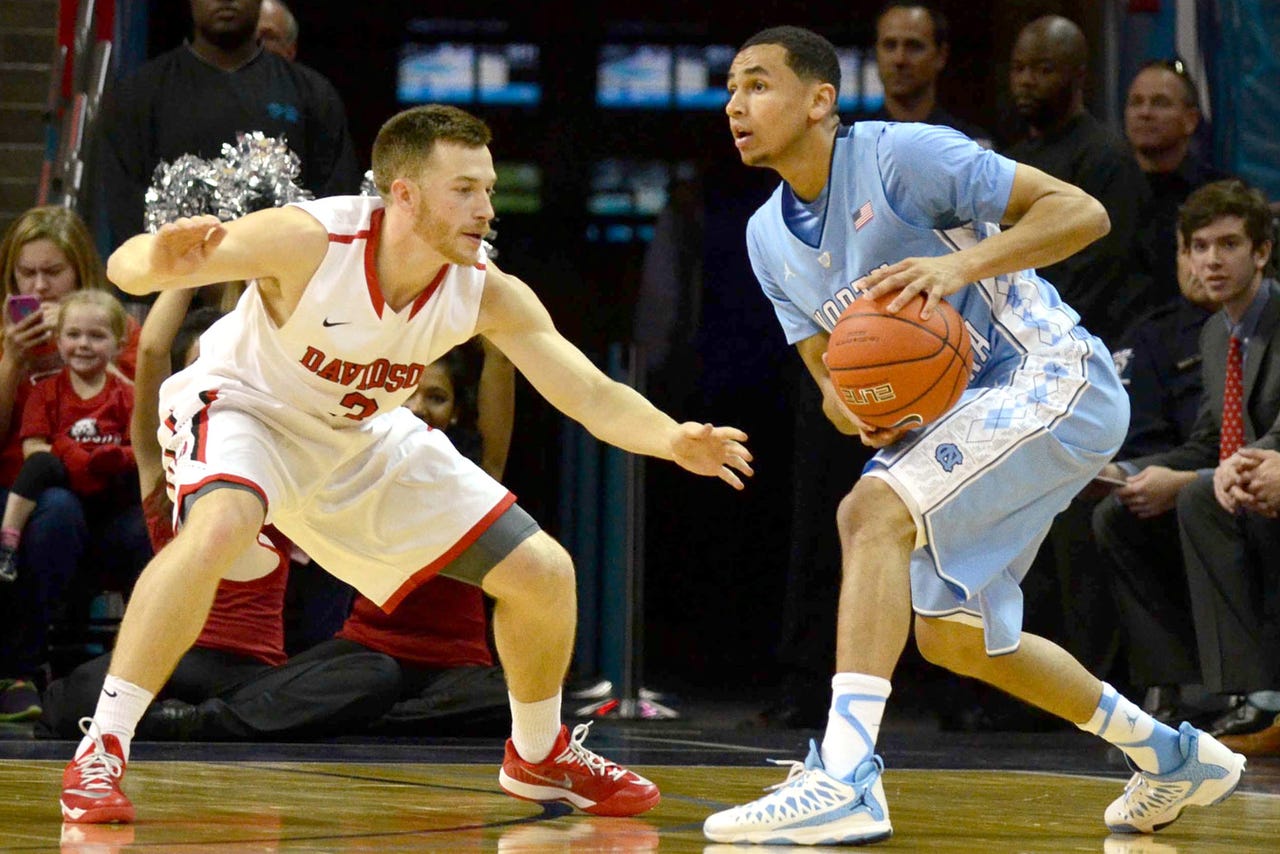 North Carolina coach Roy Williams wanted to send a message to Kennedy Meeks after two early mistakes, so he sat his star power forward less than three minutes into Saturday's game against Davidson.

His message was simple: "Play or sit."

Meeks, who played his prep basketball at nearby West Charlotte High, decided to play -- and enjoyed one heck of a homecoming.

The 6-foot-9, 270-pound Meeks overcame those two early defensive mistakes to score 19 points and 12 rebounds, leading No. 6 North Carolina to a 90-72 win over Davidson to remain unbeaten.

Justin Jackson had 18 points, Marcus Paige had 13 points and J.P. Tokoto added 10 points and seven rebounds as the Tar Heels (3-0) recorded their first road win of the season.

Meeks was 9 of 13 from the field as the taller and more athletic Tar Heels outshot the Wildcats 47 percent to 33 percent and outrebounded them 51-42.

"I thought I was going to have a bad day," Meeks said of his slow start. "That is something that you have to go through, but I felt like I did pretty good after that."

When asked how he felt Meeks responded, Williams said, "nine of 13 for 19 points and 12 rebounds -- I thought he did all right. And he was more active defensively, there's no question about that."

Meeks, who said he shed 55 pounds this offseason and rebuilt his body, was active in transition with layups and also had a few nice up court passers leading to easy points off the break.

North Carolina held a double-digit lead for the entire second half, then began to pull away late.

Peyton Aldridge had six 3-pointers and finished with 25 points to lead Davidson (2-1). Tyler Kalinowski added 12 points for the Wildcats.

The game was played at Time Warner Cable Arena, home of the NBA's Charlotte Hornets, who are owned by former Tar Heel standout Michael Jordan.

Davidson, which is making the transition from the Southern Conference to the Atlantic 10 this season, stayed close early on behind some solid outside shooting by Aldridge, who was 6 of 10 from 3-point range. But North Carolina began to build a comfortable double-digit lead late in the he first half with an 11-0 run.

North Carolina finally pulled away with about five minutes left, stretching its lead to 79-60 as Meeks and Jackson flexed their muscles inside. UNC outscored Davidson 44-22 in the paint.

"There were moments where we played nose to nose with them," Davidson coach Bob McKillop said. "But the game isn't one play -- it's not one hole, it is 18 holes. The consistency of performance is something that is ever elusive."

The Tar Heels finally put the game away when Meeks scored on a run out and was fouled for a three-point play.

The Tar Heels put an exclamation point on their 37th win in 41 meetings over Davidson when Tokoto slammed home a high-flying one-handed dunk on a pretty alley-oop feed from Jackson.

North Carolina: Brice Johnson, who came in averaging 17.5 points per game, was a factor in the first half for the Tar Heels with nine points. But he didn't score in the second half and fouled out with about five minutes left in the game.

Davidson: The Wildcats came in having made 25 of 50 3-point shots on the season against Campbell and Catholic. They were 11 of 36 from beyond the arc on Saturday.

LONG RANGE BOMBER: Davidson's Oskar Michelsen came in having converted 9 of 11 3-pointers in his first two games. He hit his first 3 against North Carolina and finished 2 of 4 from beyond the arc, which actually lowered his season shooting percentage to 73 percent.

Davidson: Plays against Butler on Wednesday in Paradise Island, Bahamas.