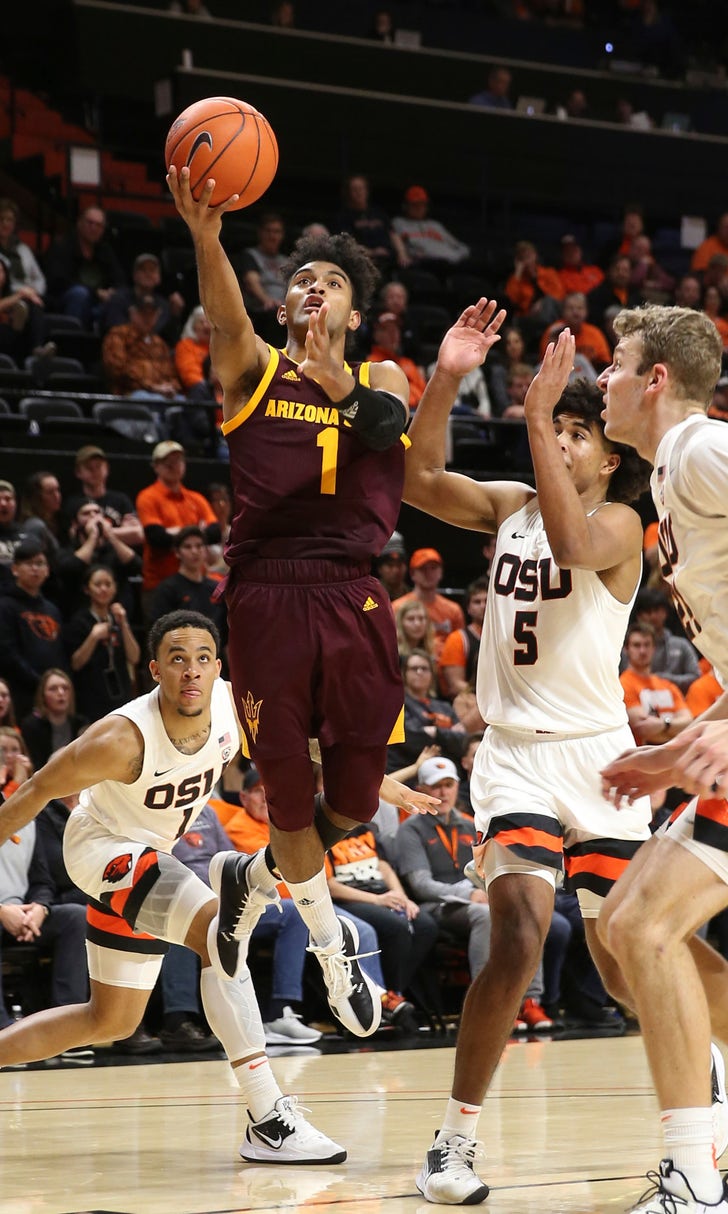 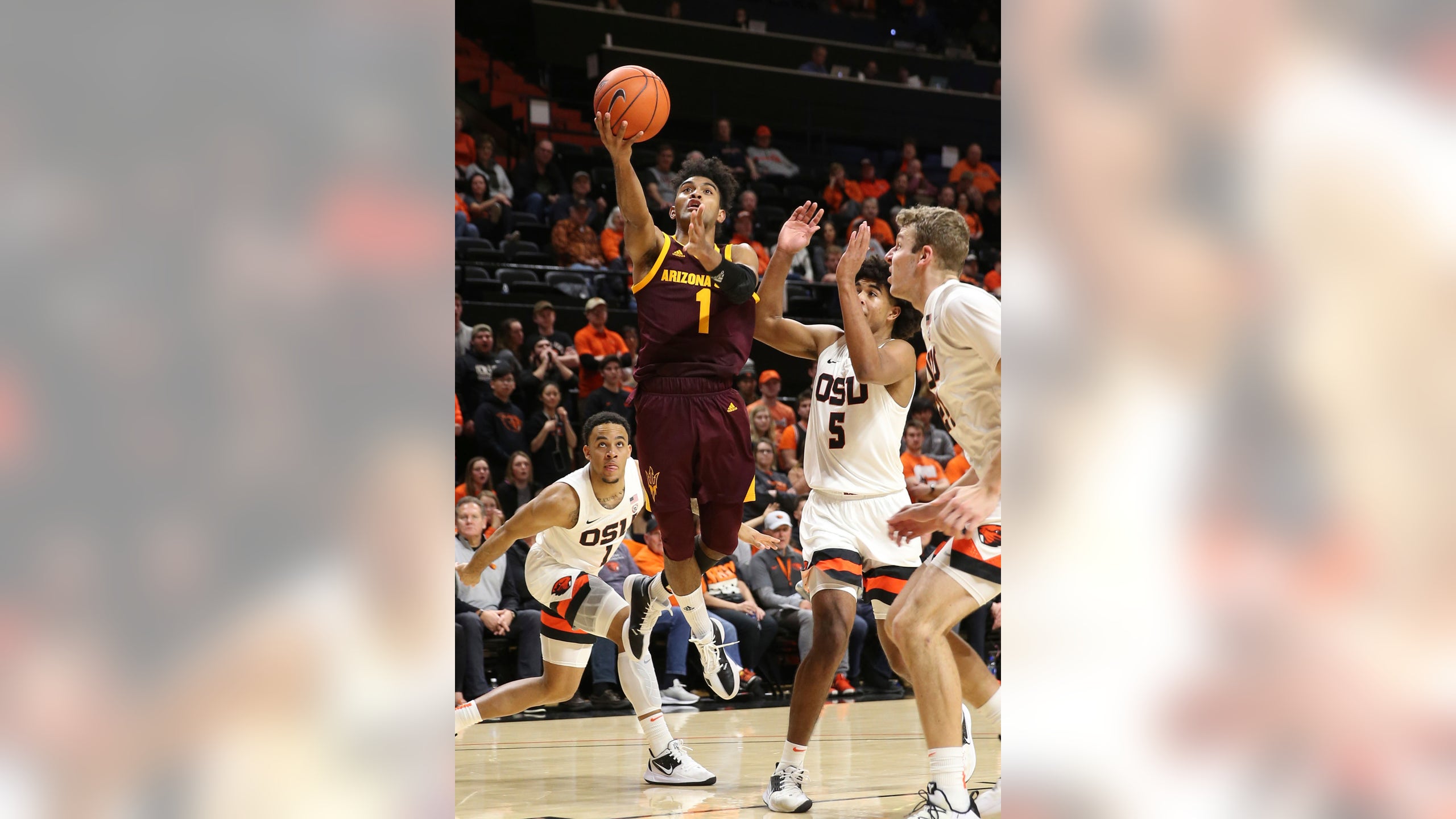 The 6-foot junior guard was on to something.

“Sometimes you go through some adversity playing basketball and Arizona was one of ‘em,” said Martin, who was 9 of 19 from the field. “We just overcame and we practiced hard and really locked in.”

Arizona State took the lead for good with 4:56 left in the first half on Rob Edwards’ 3-pointer, which ignited a 14-3 run to close the half.

Oregon State (11-4, 1-2), which was coming off a 76-68 win at Colorado, trailed 36-25 at halftime and never completely recovered. The Beavers were just 8 of 23 from the field in the first half and committed nine turnovers.

“Holding them to 25 at half was very good work,” Arizona State coach Bobby Hurley said.

The Sun Devils took their biggest lead at 62-45 on Martin’s jumper with 9:34 remaining.

Oregon State made things interesting down the stretch and closed to 80-76 on two free throws from Ethan Thompson with 16.2 seconds left, but the Beavers would not get closer.

Tinkle scored 18 of his 22 points in the second half, and Thompson also scored 22.

“They have great players who can score and I knew it was gonna be a full 40-minute fight,” said Martin, who came into the game averaging a team-high 18.1 points per game.

Edwards gave the Sun Devils a big lift off the bench with 18 points, hitting 6 of 10 shots overall and 4 of 5 on 3-pointers. He scored just 10 points in his previous five games and was struggling from long range, converting on 1 of 18 on 3-pointers.

Edwards was not in the starting lineup for the first time this season.

“It gave me a little more of an edge and hunger,” Edwards said. “It’s just like giving the team that spark that we needed.”

Kylor Kelley, the Beavers’ 7-foot post who is second in the nation in blocked shots, had 10 points, six rebounds and four blocks.

It was a disappointing conference home opener for the Beavers, who had equaled their best start to a season since the 2015-16 team opened 11-3.

“A tough way to open up things here at home in conference play,” Oregon State coach Wayne Tinkle said. “Give Arizona State credit. They came out hungrier than us.”

Oregon State: The Beavers 11-4 struggled for much of the game to find their offensive rhythm against the Sun Devils’ man-to-man defense. … Tinkle extended his double-figure scoring streak to 80 games, the second-longest streak in school history. Mel Counts holds the record with 89.

Arizona State: After opening Pac-12 play last week with a 28-point loss at Arizona, the Sun Devils rebounded from that setback in impressive fashion. … Senior guard Rob Edwards did not start for the first time this season and scored 18 points in 25 minutes.

Arizona State will be at No. 9 Oregon on Saturday

A crowded pack
Huge wins by Baylor and Illinois on Super Tuesday proved they might be up to the task of knocking off No. 1 Gonzaga in March.
2 days ago

Cade Cunningham's Monster Day
Oklahoma State freshman Cade Cunningham exploded for 40 points Saturday in an upset of No. 7 Oklahoma. Look out NBA.
5 days ago
those were the latest stories
Want to see more?
View All Stories
Fox Sports™ and © 2021 Fox Media LLC and Fox Sports Interactive Media, LLC. All rights reserved. Use of this website (including any and all parts and components) constitutes your acceptance of these Terms of Use and Updated Privacy Policy. Advertising Choices. Do Not Sell my Personal Info