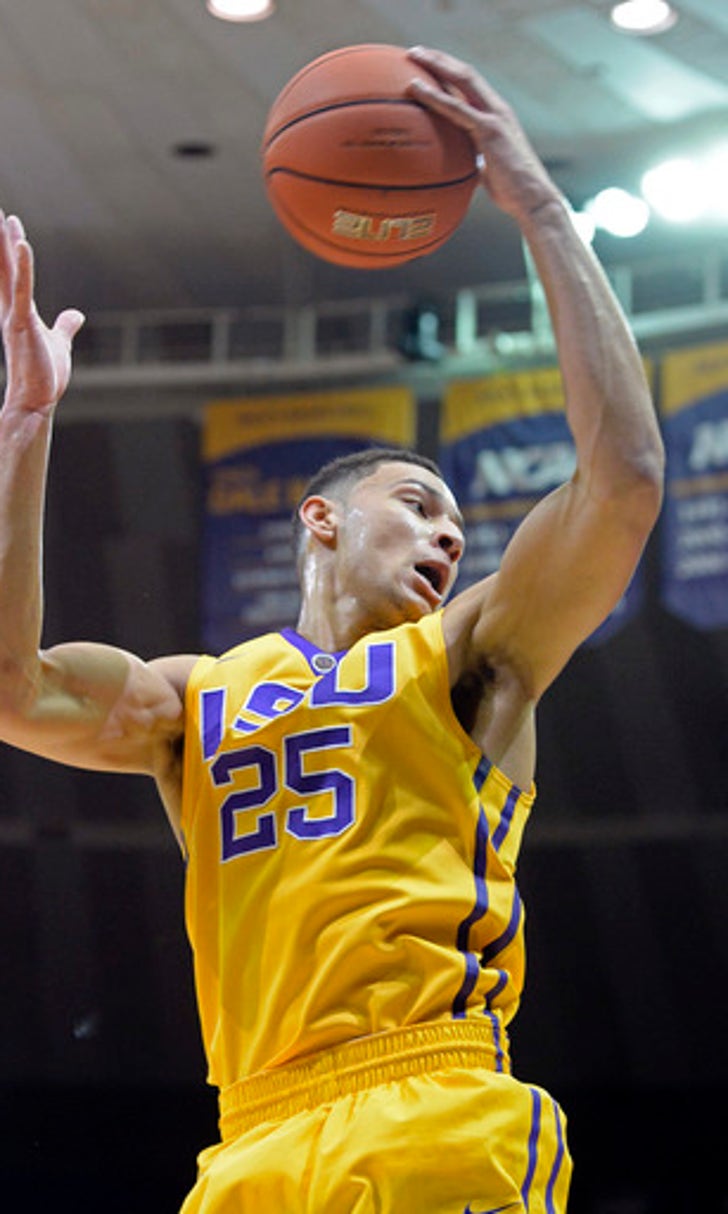 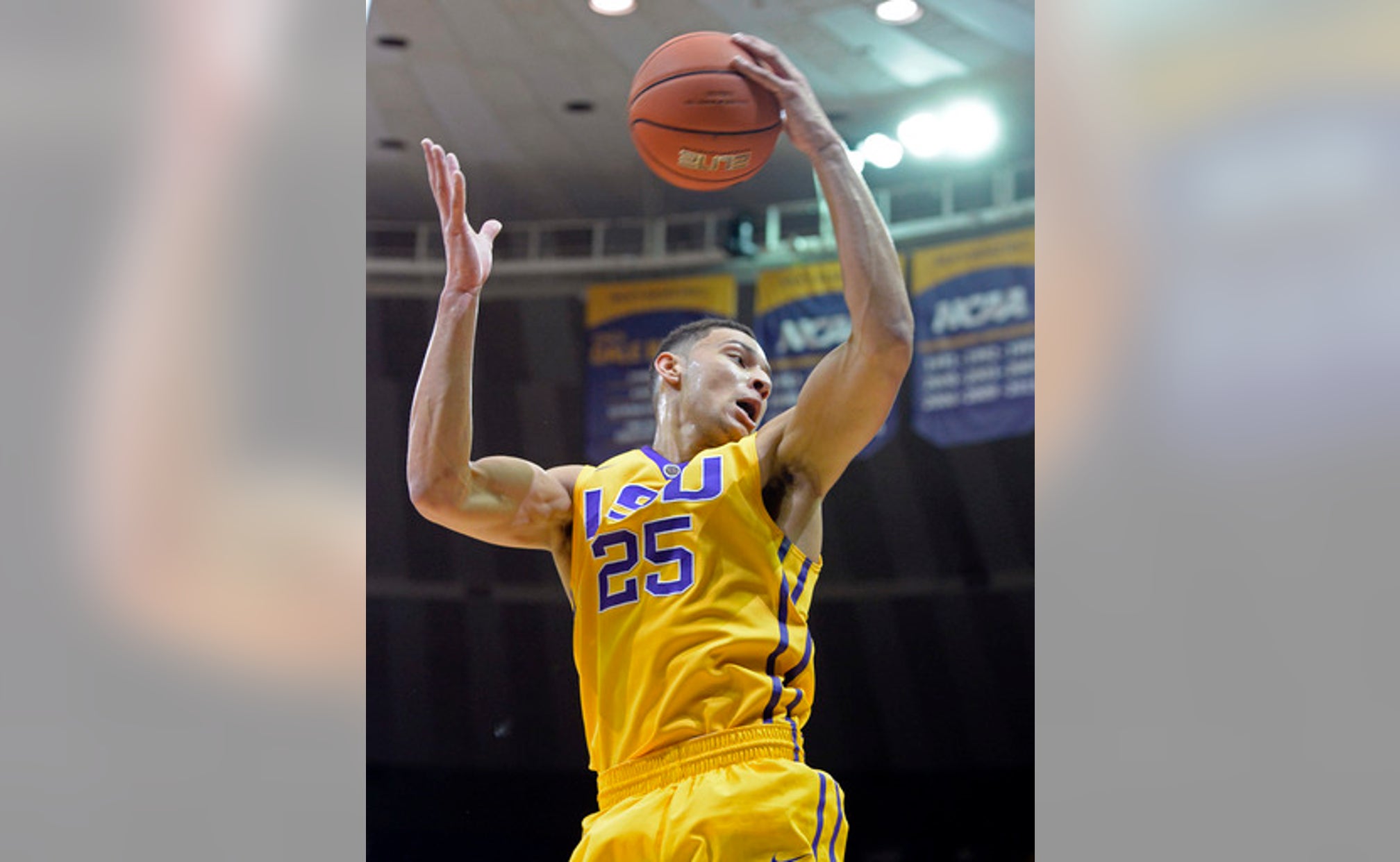 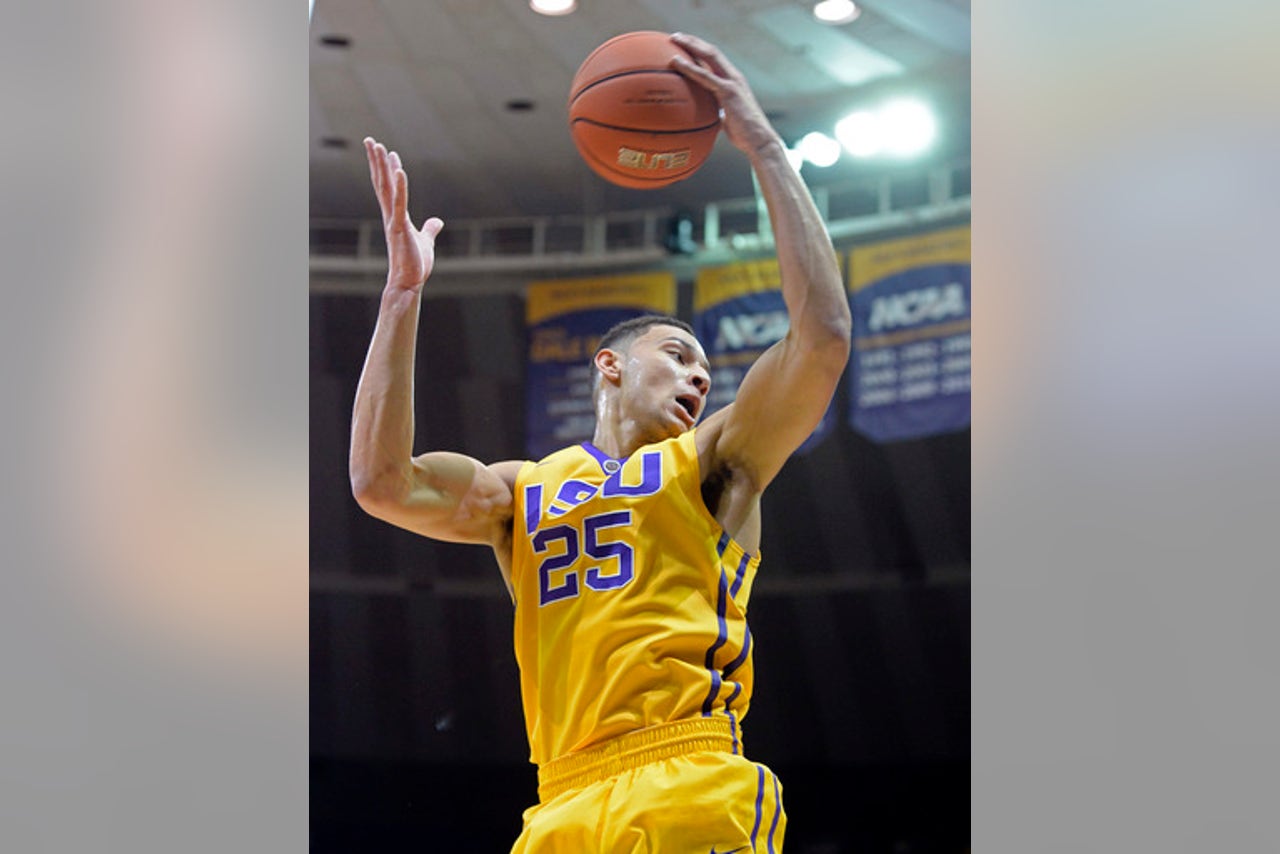 ''We knew that there was a great possibility that Ben would only be at LSU for one season,'' Jones said Monday. ''And if you are going to have a guy to do that, Ben was the perfect one because of how much of a team player he is. We are happy about the development that transpired during his time here and think he will continue to make great strides as he transitions into the NBA.

Simmons, who initially announced his decision in an interview with ESPN, said he will soon hire an agent and enter the NBA draft, for which Simmons has been widely projected as a top overall pick.

Simmons, who grew up in Australia before moving to Florida for three years of high school at Montverde Academy, averaged 19.2 points, 11.8 rebounds and 4.8 assists this season with LSU.

''Ben was a tremendous teammate and a great competitor,'' Jones said. ''He brought a great deal of excitement and enthusiasm to our team and did an outstanding job of making those around him better. That's something that this team will benefit from as we go forward.''

Opposing coaches and NBA scouts alike have gushed over Simmons' all-court game, vision and instincts, as well as ball-handling and passing ability seen as exceptional for a player with his 6-foot-10 height. Yet he wasn't immune to criticism. He never demonstrated he could make jump shots consistently, rarely shooting from outside and going only 1 of 3 from 3-point range all season. He also exhibited an inclination to pass, rather than create his own shot, in the late stages of close games.

His presence raised LSU's national exposure on television and filled seats in the stands; LSU averaged crowds of 11,400 at home and 13,700 on the road. But Simmons was not able to improve his college program's fortunes on court.

After making the NCAA Tournament the season before Simmons arrived, the Tigers finished this season 19-14, missing the tourney after failing to reach 20 victories for the first time in three years. LSU might have had a chance to reach the 20-victory mark in a post-season tournament such as the NIT, but Jones announced pre-emptively that the Tigers would not accept any invitations to post-season tournaments after they'd failed to receive a bid to the NCAA Tournament.

It also remains to be seen whether Simmons will leave LSU in good academic standing. LSU was informed earlier this month that Simmons did not meet the requirements for the Wooden Award, which is presented to the nation's top college player.

The award's published criteria say candidates must be full-time students with consideration ''given to scholastic achievement and aspirations.'' Candidates also must have cumulative grade point averages of 2.0 since enrolling.

Simmons didn't start a Feb. 20 loss at Tennessee for what Jones said then was an academic issue. And while Simmons remains eligible for other national awards, Jones did not say in his end-of-season meeting with reporters last week whether Simmons was still going to class.