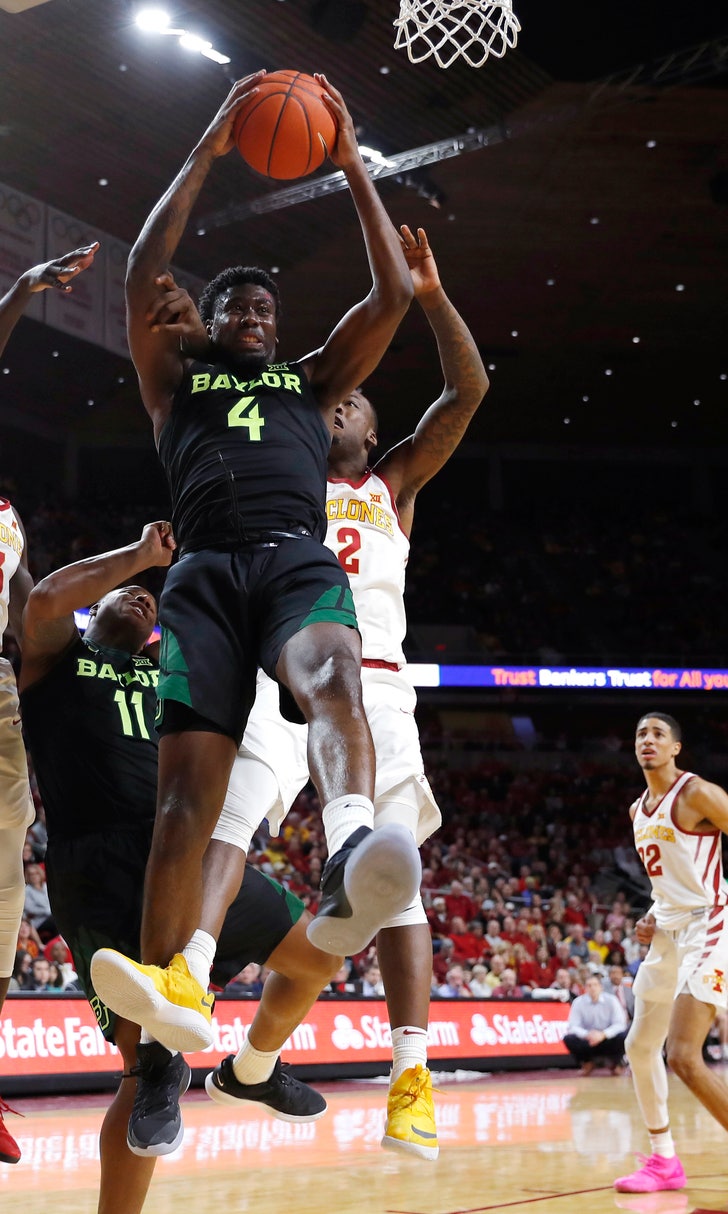 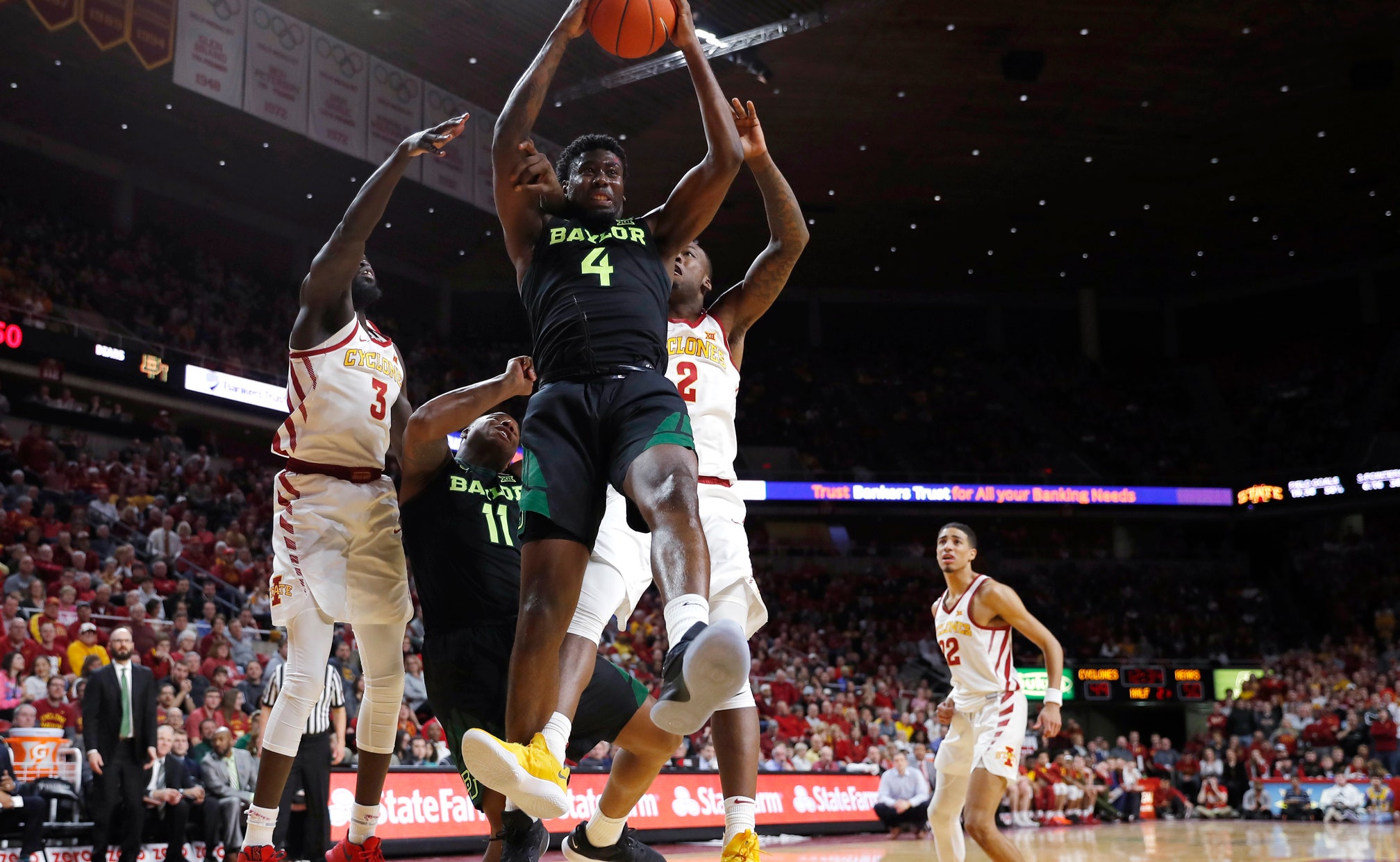 GAME OF THE WEEKEND: Kansas at Texas Tech. The Jayhawks and Red Raiders enter Saturday's game tied for second place in the league at 9-4, a game behind surging Kansas State. Tech has won four straight by an average of 24 points since a 79-63 loss to Kansas in Lawrence back on Feb. 2, while the Jayhawks have won their last three games. Kansas then hosts the Wildcats on Monday night in a swing that could end up deciding the league title.

LOOKING AHEAD: Iowa State, which dropped to a tie for third in the league with Baylor after the Bears won 73-69 in Ames on Tuesday, travels to TCU on Saturday. It'll be a major test for the Cyclones, who played their worst game of the season in a 92-83 home loss to the Horned Frogs two weeks ago. But TCU has dropped three in a row since springing that upset at Hilton Coliseum. ... Baylor hosts West Virginia. The Mountaineers have lost four straight and are last in the Big 12 at 2-11. ... Texas and Oklahoma, two teams fighting for an at-large bid to the NCAA Tournament, square off in Norman. ... K-State plays Oklahoma State in Manhattan. The Cowboys are just 3-10 in the Big 12, but they beat TCU their last time out.

PLAYER TO WATCH: Kerwin Roach II, Texas. The senior guard is averaging a career-high 15 points a game for the Longhorns, who've won three of their last four. Roach is shooting 55.8 percent from the field during that stretch — though the 10 turnovers he's committed over the past two games might be a sign of fatigue for a player averaging 31 minutes a game.

INSIDE THE NUMBERS: Dedric Lawson of Kansas and Marial Shayok of Iowa State head into the weekend in a dead heat for the Big 12 scoring title at 19.2 points a game. Jarrett Culver of Texas Tech is third with 17.8 points a game. ... Graduate transfer Makai Mason has been a major surprise for the Bears, but he's struggling to overcome a toe injury. Mason has missed two of his last four games, and in the games he played he was just 6 of 32 from the floor. ...K-State's Barry Brown leads the league with two steals a game, and he's playing a conference-high 34.9 minutes a game.

ON WOMEN'S SIDE: No. 1 Baylor plays at No. 20 Iowa State on Saturday. The Bears have won 16 straight after Wednesday's 80-40 victory in Waco against scuffling Kansas. ... Texas Tech freshman Chrislyn Carr is third in the league with 17.9 points a game, and Brittany Brewer is fifth at 16.1 points an outing.