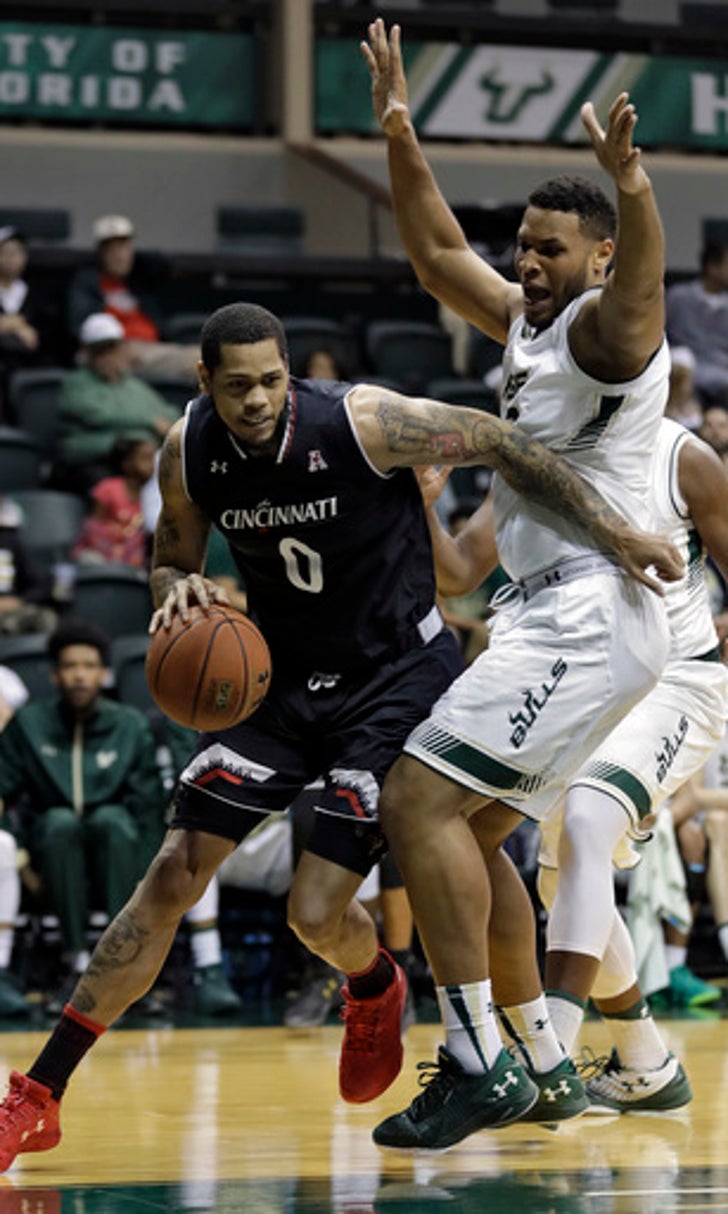 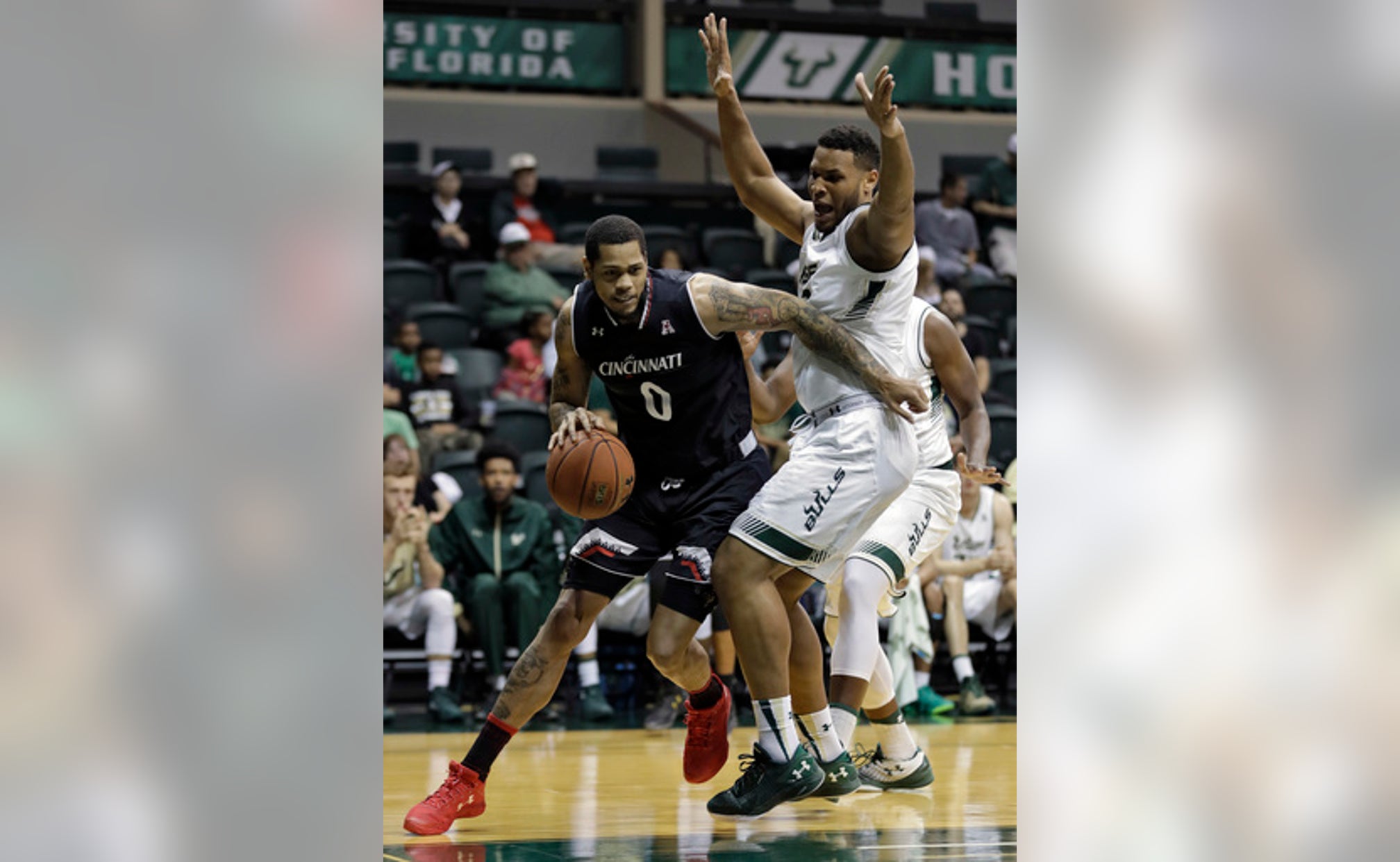 The Bearcats bounced back from their first loss in two months with a 68-54 victory Wednesday night, with Clark leading the way with 13 points and 14 rebounds - his sixth double-double of the season.

USF (7-18, 1-13) snapped a 12-game losing streak last weekend and found a way to keep it relatively close until Cincinnati began the second half on an 11-2 run to build its lead to 41-24. Geno Thorpe led the Bulls with 19 points, but no one else had more than seven.

''They're not easy to play,'' said USF interim coach Murry Bartow, whose team lost at Cincinnati by 41 points on Jan. 29. ''They have really, really good players, and I love the way they play. They play the way I like to play. My type of guys, I like a physical team. ... They're big, physical and strong. ''

Cincinnati never trailed and limited USF to 36 percent shooting, while blocking eight shots and forcing 21 turnovers. The Bearcats led 30-22 at halftime and by as many as 24 points after the break.

Clark said defense was the key to the second-half surge.

Predictably, Cincinnati rebounded from its first loss in two months in convincing fashion. USF has only won once in 12 games since Bartow took over for Orlando Antigua, who was fired last month. The Bulls haven't beaten a ranked opponent since upsetting Louisville on the road in February 2012 and lost an earlier meeting with the Bearcats 94-53 on Jan. 29.

USF, coming off beating East Carolina last week to end a 12-game losing streak, trailed 30-22 at halftime, despite shooting just under 32 percent (7 for 22). Poor marksmanship and sloppy ball-handling eventually took their toll, with the Bulls missing 10 of 11 shots during the stretch in which Cincinnati built its lead to 17. The Bearcats finished with 13 steals and scored 24 points off turnovers.

Last Sunday's loss to then-No. 25 SMU sent Cincinnati tumbling seven spots in the poll, while SMU moved up to No. 19. Beating USF won't hurt the Bearcats, but it's not likely help them make up any ground that they lost in this week's rankings.

USF plays Saturday at Tulane, which beat the Bulls 82-67 on the road for the Green Wave's only conference victory.