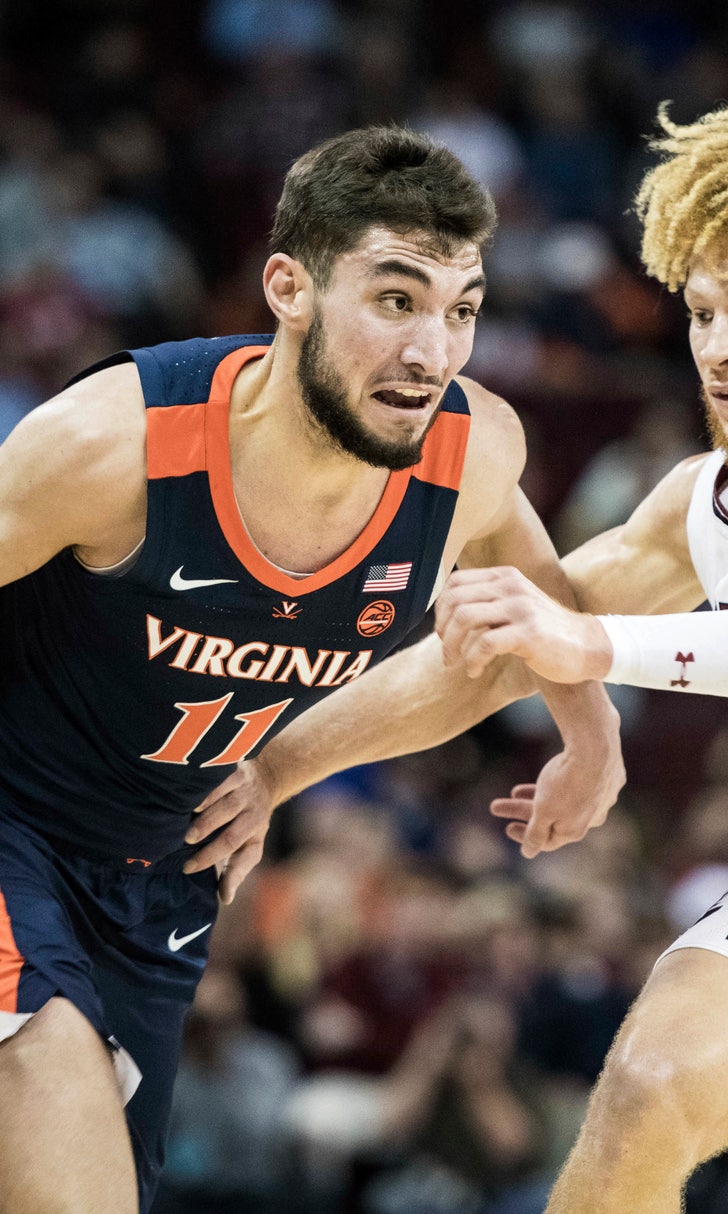 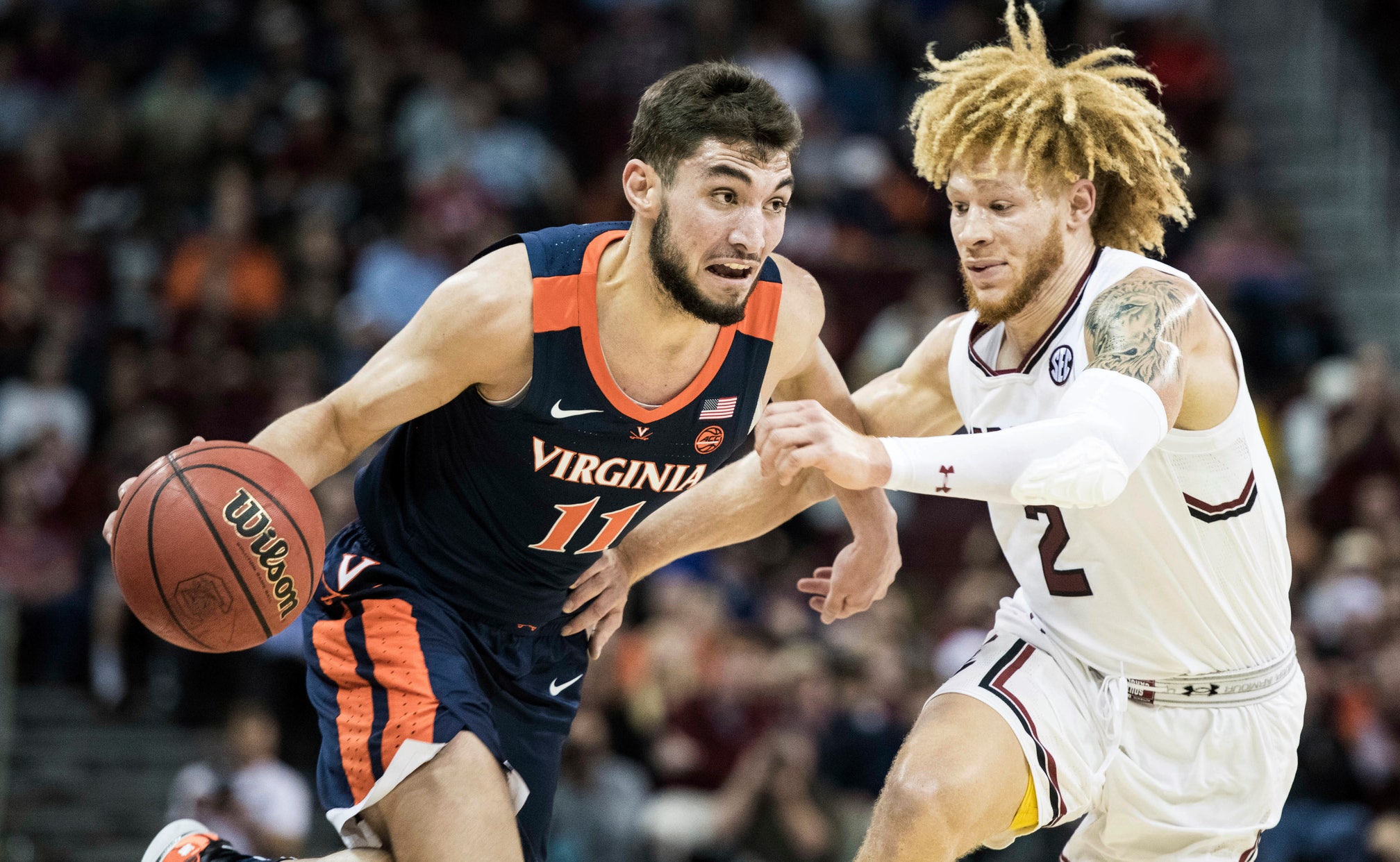 Jerome leads No. 5 Virginia to 69-52 win over Gamecocks

This time, the Cavaliers made it a perfect 10.

Ty Jerome scored a second-high 25 points, Kyle Guy had 18 and No. 5 Virginia beat South Carolina 69-52 on Wednesday night to improve to 10-0 for the first time in four years.

"It's nice we can learn from those mistakes (last year) and play a team that brings a lot of pressure and come out with the W," Guy said.

It's the best start for the Cavaliers since they opened with 19 straight wins on their way to the Atlantic Coast Conference title for the 2014-15 season. They showed off their usual stout defense while sending the Gamecocks (4-6) to their third straight loss — and second in a row to a No. 5 team after falling at then fifth-ranked Michigan on Dec. 8.

Jerome and Guy led the way.

"Kyle and Ty together, they're dangerous out there," Virginia coach Tony Bennett said.

South Carolina shot just 36 percent (20 for 55) from the field, including a 3-for-18 performance from 3-point range. Chris Silva led the Gamecocks with 11 points.

The Gamecocks closed to 35-31 on Felipe Haase's 3-pointer early in the second half, but the Cavaliers grabbed control with a 17-4 run. Jerome opened the decisive stretch with a 3 and Braxton Key's dunk made it 52-35 with 13 minutes left.

"I think it speaks to our system and experience," Jerome said. "We know if we're not right on any night, we can get beat. So it's just a matter of getting better each day, no matter who we're playing."

Jerome pushed the pace early with 13 points in the first 12 minutes, helping the Cavaliers to a 22-12 lead. But the Gamecocks scored 14 of the next 19 points, pulling within one on Alanzo Frink's first 3-pointer of the season with 3:23 left in the half.

Virginia: The Cavaliers showed off their depth by overcoming a rough night for leading scorer De'Andre Hunter, a touted NBA prospect. Hunter finished with five points in his second straight single-digit scoring game after going for 13 or more in Virginia's first eight contests.

South Carolina: The Gamecocks are still looking for their identity. Silva stepped up in the second half, but it wasn't enough against the talented Cavaliers.

Virginia guard Kihei Clark played 24 minutes just nine days after surgery on his left wrist for a hairline fracture. Clark had two points and two assists while playing with a cast on the wrist.

After Tuesday's practice, Bennett asked Clark how he felt and the freshman guard responded, "I'm playing."

South Carolina had a depleted roster for the matchup with Virginia. Junior forward Maik Kotsar is out indefinitely because of a concussion, and freshman point guard T.J. Moss is dealing with a high ankle sprain and foot injury. Justin Minaya had knee surgery in November and isn't expected back until next month.