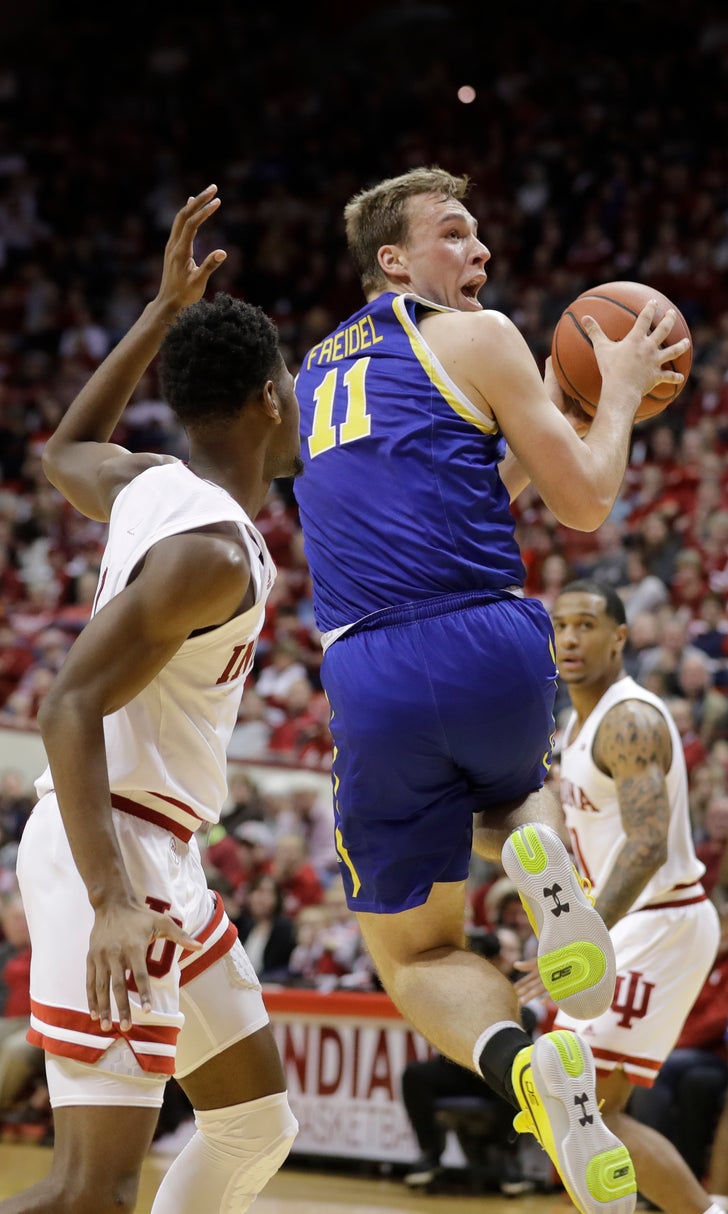 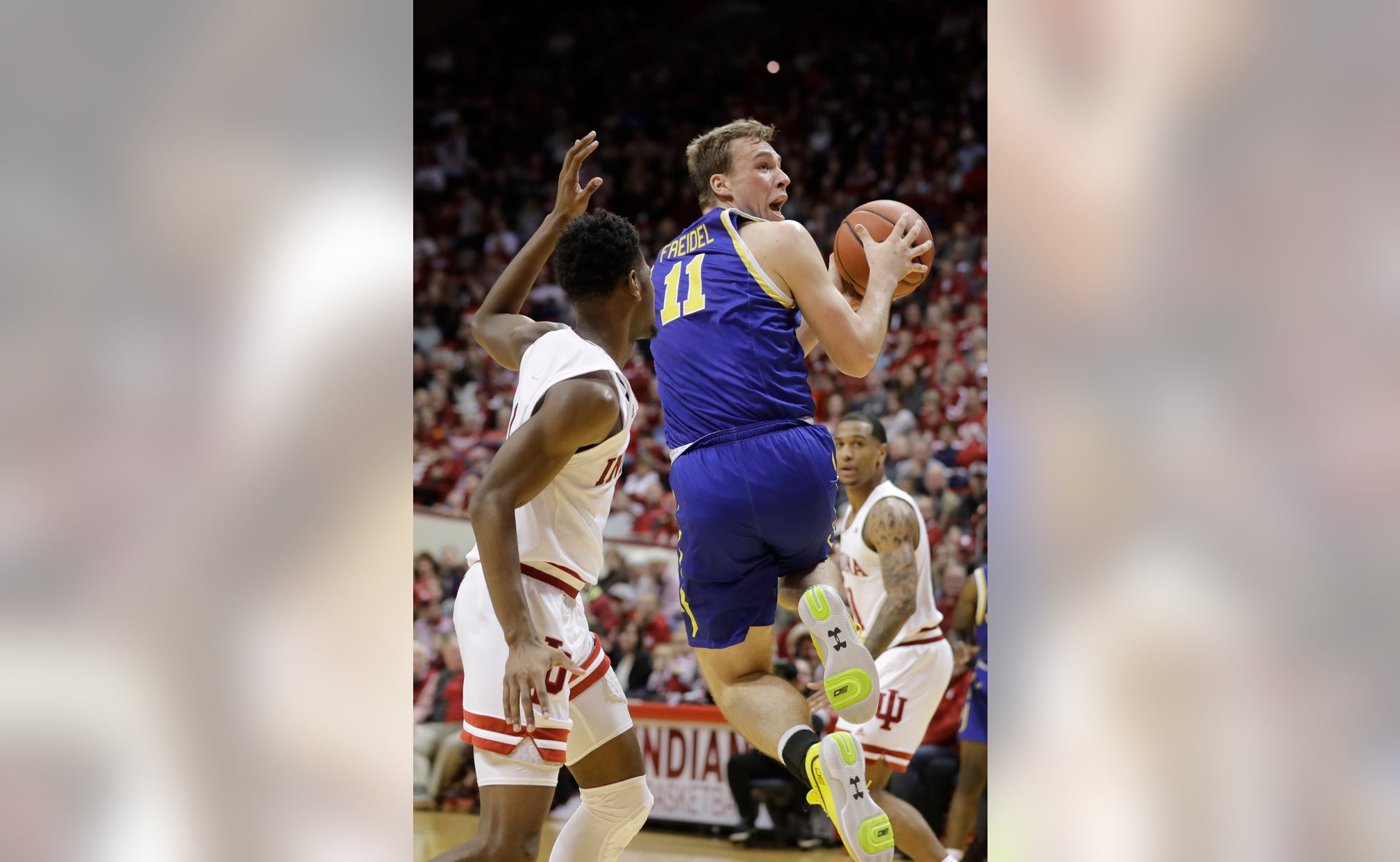 previous story
No. 2 Ohio State beats No. 10 Michigan 56-27 for record run
next story
Badgers get Axe back, blame Minnesota for too many displays

BLOOMINGTON, Ind. (AP) — South Dakota State did what it could to slow down Indiana, but the Jackrabbits had no answer for Trayce Jackson-Davis.

The 6-foot-9 freshman forward scored 19 points and grabbed 14 rebounds for his fourth straight double-double to lead the Hoosiers to a 64-50 win.

South Dakota State held Indiana to almost 30 points below its average of 90.2 points per game coming in by packing the paint defensively and playing methodically on offense.

"(They) completely took the air out of the ball," Indiana coach Archie Miller said. "When you're 15 feet off your man at five positions, you're basically saying, we're just going to let these guys shoot and, hopefully, they miss."

But when Indiana did miss, it had Jackson-Davis and forward Justin Smith cleaning up on the offensive boards. The two combined for 14 of Indiana's 16 offensive rebounds as the Hoosiers outrebounded the smaller Jackrabbits, 45-29.

Smith added 18 points and eight rebounds, and guard Devonte Green had 11 off the bench as Indiana completed a November sweep and improved to 8-0.

"Rebounding the ball is a huge deal for this team," Miller said. "Nine offensive rebounds (for Jackson-Davis) is something else. He went up and got five or six balls that nobody else can get."

Indiana led by 11 at the half but was never able to put away South Dakota State in the second half. The Jackrabbits got within 42-34 on a 3-pointer by David Wingett with 15:54 left, but Smith answered with a 3 and the Hoosiers went on an 11-2 run to regain control. Indiana's biggest lead came on a Jackson-Davis alley-oop dunk with four minutes remaining that made it 62-46.

Indiana and South Dakota State traded 3s early with a 3 by Alou Dillon getting the Jackrabbits within 20-18 with a 7:39 left in the half.

But Green answered with a jumper to spark an 11-0 run by Indiana, highlighted by a thunderous Jackson-Davis block off the backboard that Smith fielded near the 3-point arc and raced in for a dunk on the other end to put the Hoosiers up 31-18.

"Douglas Wilson and Brandon Key, in particular, we were really concerned about," Miller said. "And I thought our team did a really nice job against their two best guys, and that was really the difference in the game."

South Dakota State: Doug Wilson came in averaging 17.8 points to lead the Jackrabbits but was limited to just six points before fouling out. ... South Dakota State finished with 17 turnovers. ... The Jackrabbits went 19 of 56 from the field, including just 6 of 28 from 3-point range. … Buchanan's 15 points were a season-high and came on 7-of-10 shooting from the field.

South Dakota State has five days off before playing at Montana State Thursday.