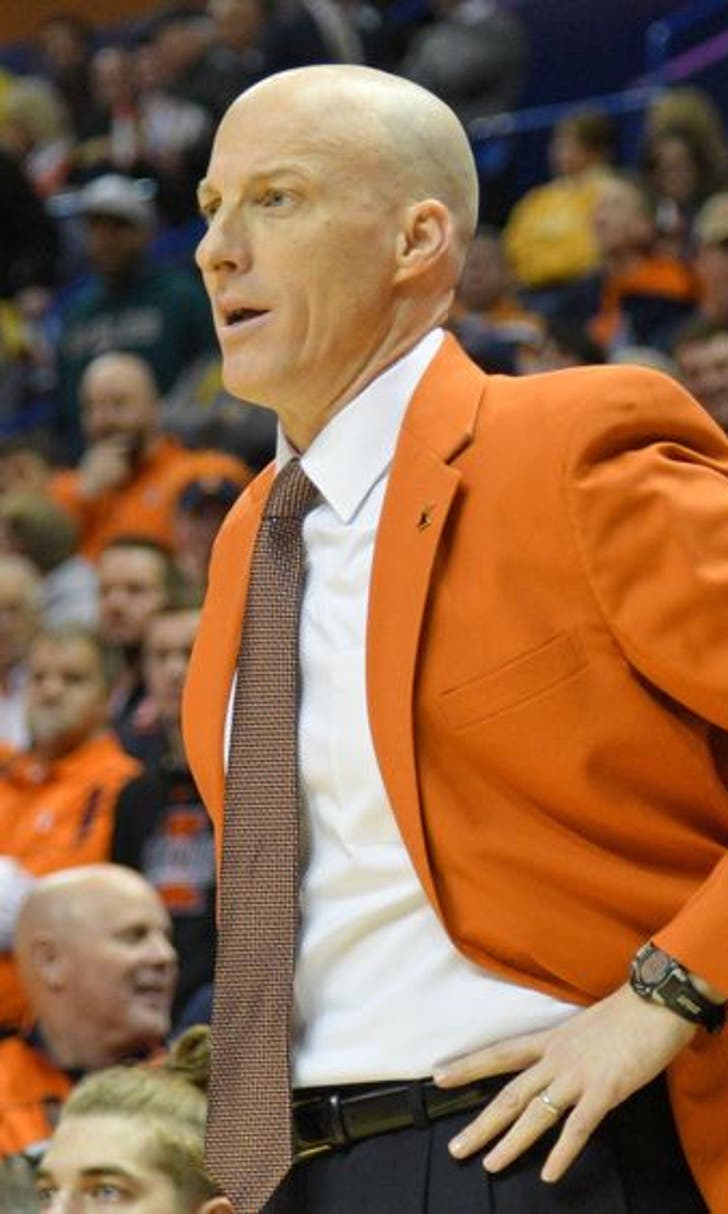 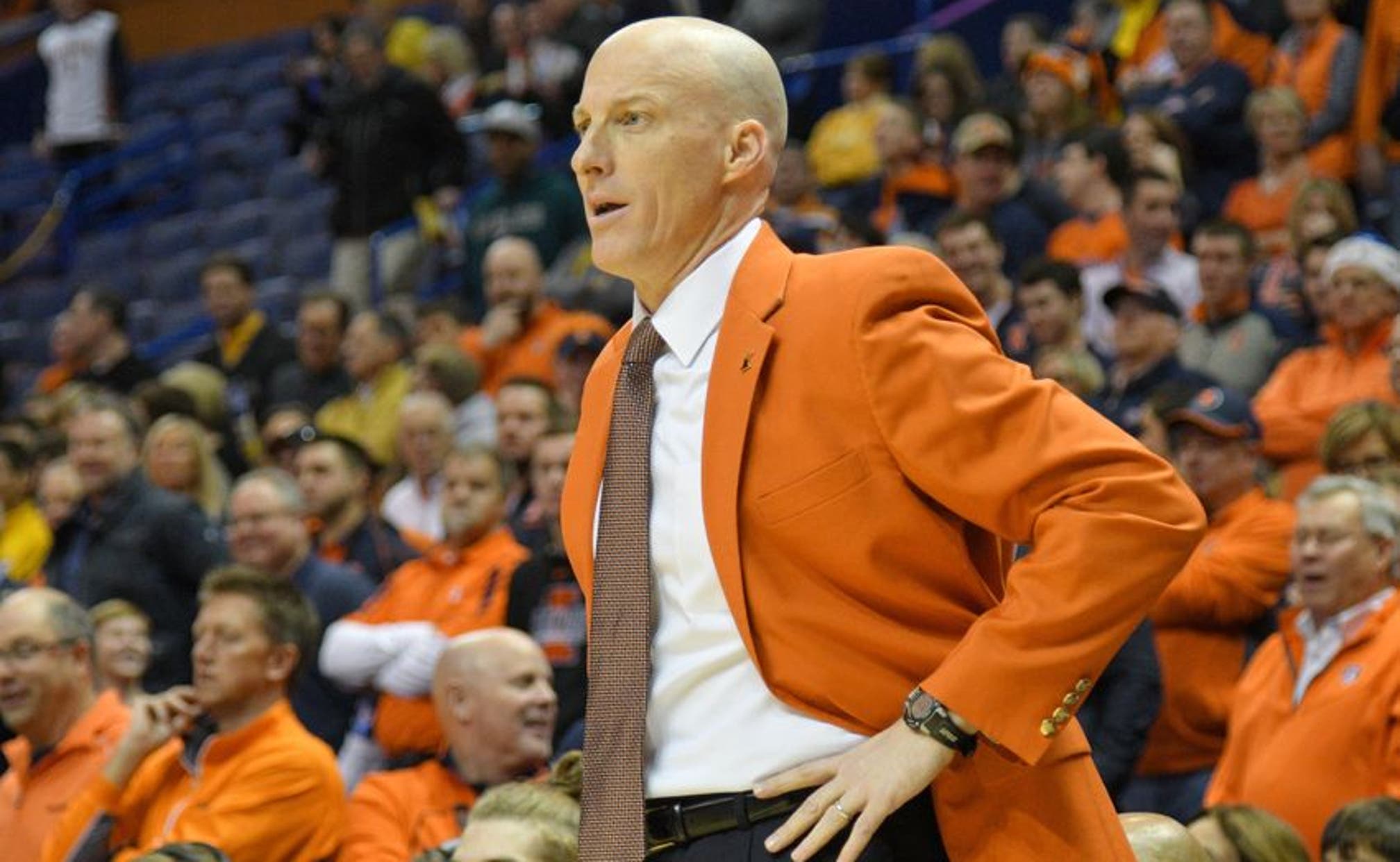 BY Fansided and Rees Woodcock/FanSided via Writing Illini • December 29, 2016
share

The Illinois basketball team fell to the Maryland Terrapins in the first game of Big Ten Conference play.

This was an ugly loss for the Illini and one that has put doubts in many fans minds.

Here is a road map on how the Illini will make the postseason.

The four games in this stop of the road map consist of Ohio State at home, at No. 16 Indiana, home against Michigan, and home against Maryland.

Illinois takes on the Buckeyes on New Year’s Day in what is a very important game.   The Illini are already in must-win mode and they would need to pull off this win to have a chance at the postseason.

The following game is against No. 16 Indiana in Bloomington.  The Hoosiers might be the most confusing team in the nation right now, but going to Indiana is going to be tough.

I assume the Illini fall to the Hoosiers here.

Illinois needs to come away with a victory in one of these two games.  I think Michigan is the most likely candidate considering the whooping Maryland just put on us a few days ago.

Winning two out of the four games on the first stop in the road map is important for the Illini.  If they can pull this off their record would then be 12-6 overall and 2-3 in Big Ten play.

The second stop on this road map consists of three out of the four games being road contests.  That usually doesn’t bode well for the Illini.

The first game is against No. 15 Purdue in West Lafayette.  Last season the Illini upset the Boilermakers, but I don’t think that will be the same result this season.

Purdue has way too good of big men for the Illini and I think their outside shooting has also improved.  This is a dangerous team come tournament time.

Illinois then travels to Michigan next to take on the Wolverines.  Winning at Michigan is a tough task for any team and the way the Illini are playing, I just don’t see them coming away with a victory.

The next game is against Iowa, but this one is at home.  The Hawkeyes aren’t good this season and Illinois needs to take advantage of this fact.

I think Illinois wins this game to get their first victory of the second stop.

The final game in stop No. 2 of the road map is at Penn State.  The Nittany Lions are a tough team but Illinois should be able to win this without a problem.

Winning the final two games for the Illini is paramount.  This would not only split stop No. 2, but it would also give the team momentum heading into stop No. 3.

This is where the Illinois basketball postseason dreams either come true or are dashed.   Illinois needs to take advantage of stop No. 3.

The first game of stop No. 3 is at home against No. 14 Wisconsin.  This is a game that the Illini need to keep close, but since the Badgers are so tough I could see them falling.

The following game is at home against Minnesota.  The Golden Gophers are a team with a good record but I think we all know their true colors.

Illinois should be able to win this game at home and move on to the next contest.

Northwestern would be the next game for the Illini.  They head up to Evanston to take on the Wildcats.

This should be a really good game.  Northwestern is tough this season, but I think Illinois shows some fire because it is a rivalry game.

Illinois comes away with the win at Northwestern.

The final game of stop No. 3 is another home contest.  This time it is against Penn State.

The Nittany Lions were beaten earlier in the year by the Illini already and that was on the road.  This game would be in Champaign and I think Illinois wins it easily.

The final stop on the Illinois basketball road map to the postseason consists of five games.

The first game out of the final stop is at Iowa.  This is a game that I would normally chalk up as a loss, but since Iowa is so bad this year I think the Illini can win this one.

Illinois steals a road victory against the Hawkeyes.

The following game is at home against Northwestern.  Illinois beat the Wildcats in Evanston and they sweep the season series with a win in Champaign.

The final three games of stop No. 4 are interesting.  The next game is at Nebraska.

The Cornhuskers usually are a toss-up game for the Illini but they opened Big Ten play up against Indiana and beat them in Bloomington.

I think Nebraska is tough this season and the Illini can’t quite handle them on the road.

Michigan State then comes to Champaign for Illinois’ next game.  This is usually a pray and hope a victory happens game, but the Spartans are down this season.

Illinois fights tough in this game and takes down Michigan State at home.

The final game of stop No. 4 is at Rutgers.  The Scarlet Knights are usually a buy game and this one will fall into that pattern.

Illinois should win this game fairly easily and move onto the Big Ten Tournament.

After stop No. 4, the Illini finish 21-10 on the season and 11-7 in the Big Ten Conference.  This is good enough to go dancing come March.