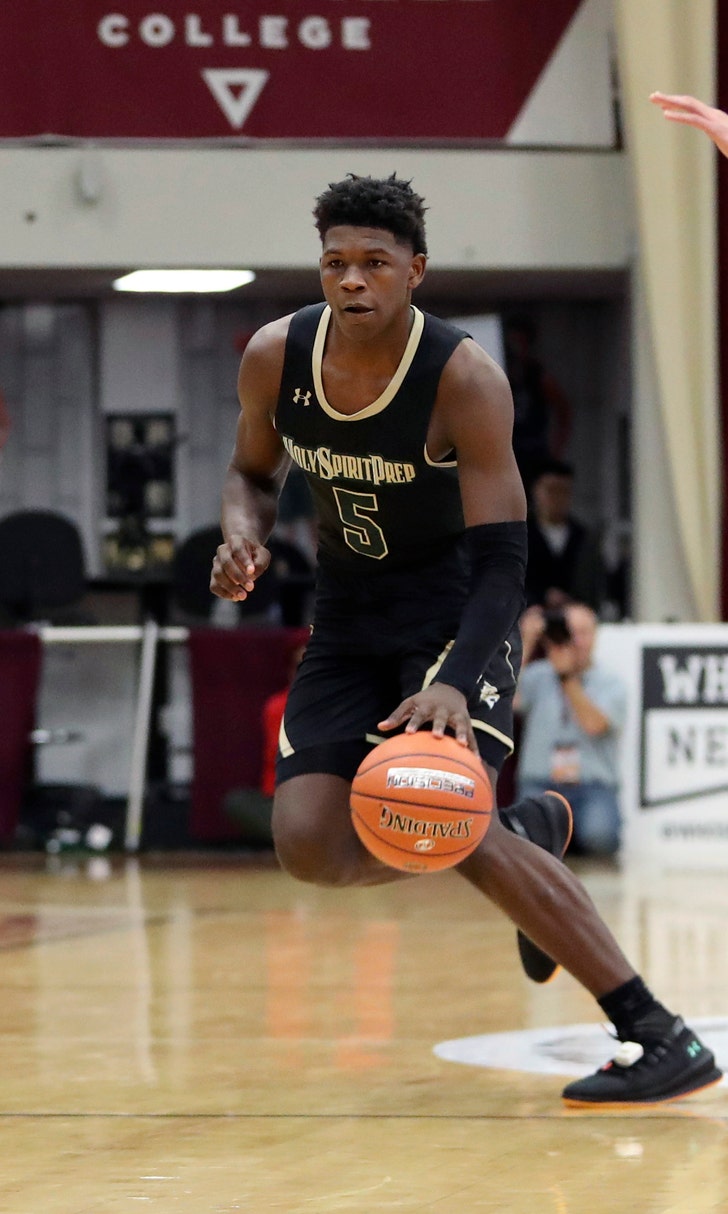 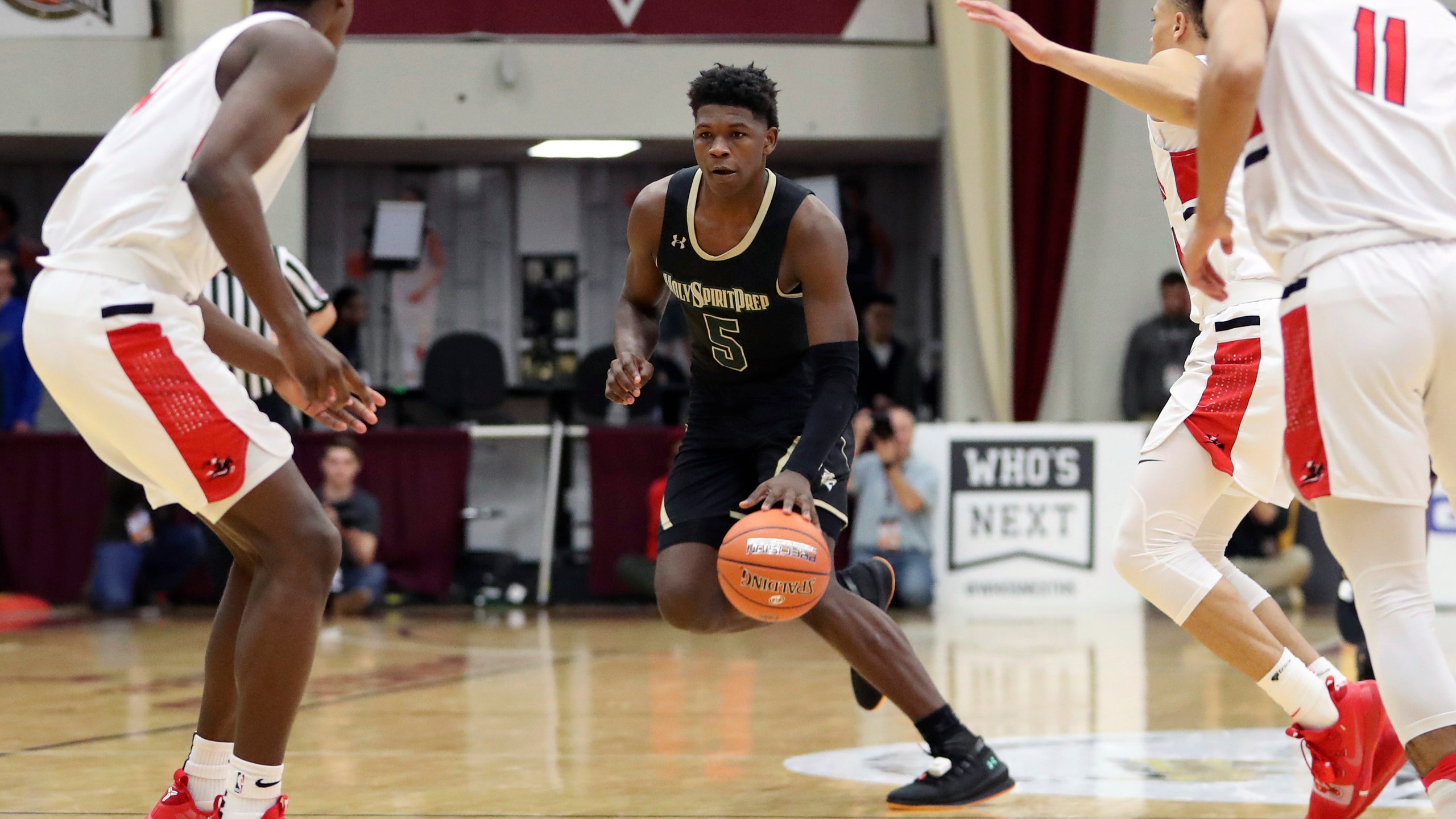 Edwards made the announcement at Holy Spirit Prep in Atlanta on Monday, noting first-year coach Tom Crean coached his favorite players — Dwyane Wade at Marquette and Victor Oladipo at Indiana.

"He's a great coach for player development," Edwards said. "They came in not the greatest and they came out really great players. Dwyane Wade has had a really good career, so it weighed on me."

The No. 2 prospect by the 247 Sports composite ranking also considered Kentucky, Florida State and North Carolina. He'll attempt to help Crean turn around a program that's been mired in losing seasons.

The regular signing period begins on April 17. Coaches aren't allowed to comment on commitments before they sign. Without discussing Edwards, Crean said Georgia has much to offer recruits.

"There's no reason if you're in the state of Georgia that you need to go anywhere else," Crean said Monday. "Everything is here and it starts not only with the beauty of this campus but the unreal quality of the education here."

Crean referred to his history with such players as Wade and Oladipo when he said top recruits are interested in attending a school where they can improve their NBA outlook.

The 6-foot-5 Edwards, who averages 27 points and 9 rebounds, says having family so close was "a big factor." The Georgia campus in Athens is near his home in Atlanta.

Edwards announced his decision by taking his young nephew into his arms and revealing the boy's red Georgia T-shirt. Edwards then put on a red Georgia cap.

"I want him to see me play and see me grow, and I want to see him grow. So it was a big factor," he said.

Edwards already is projected as a 2020 NBA lottery pick. Even though he's expected to play only one season in Athens, his decision is a big boost to Crean's effort to build a winning team. The Bulldogs are 10-13 overall and 1-9 in the Southeastern Conference.

He's the most heralded player to commit to the Bulldogs since Lou Williams, also a top 10 national recruit, went straight to the NBA after signing with Georgia in 2005. Williams now plays for the Los Angeles Clippers.

Kentarious Caldwell-Pope, now with the Los Angeles Lakers, was the nation's No. 12 recruit by Rivals.com before signing with Georgia in 2011.

Edwards said his decision was influenced by attending a Georgia game.

"I went to a game on my unofficial visit and I just felt the fans in the gym, everybody showing love, so I just felt like I was home," he said.

On Monday, Crean issued an apology for comments after the Bulldogs' eighth straight conference loss to Mississippi on Saturday. He said he allowed the frustrations of the 80-64 loss in a game attended by former players and coaches on Lettermen's Day to affect his postgame comments. He said the losing season was "all on me because I'm the one that decided to keep these guys."

Crean said Saturday other programs with coaching changes see players "move on. That's what happens in a job change, and I didn't do that. And so I'm not going to complain, and we've just got to keep doing everything we can do to fix it and make it better."

Crean said he apologized to his players in a team meeting on Sunday.

"I looked back at those comments and it was like I was blaming the players," he said. "That was never my intent to do that. If I'd started out by saying I tell them all the time that I believe in them and if I didn't believe in them they wouldn't be here, and I do. But I didn't say that and that was a mistake.

"We've talked through a lot of things. But I definitely apologize to them and anybody else that I offended because that was never the intent."