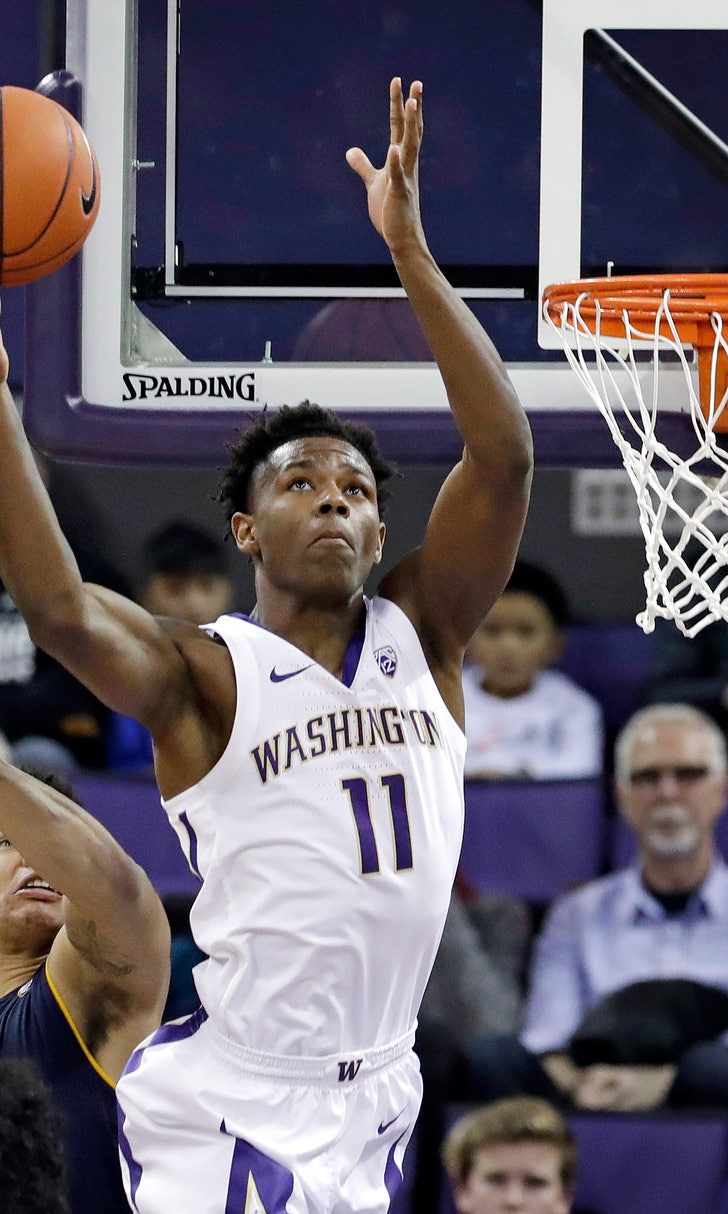 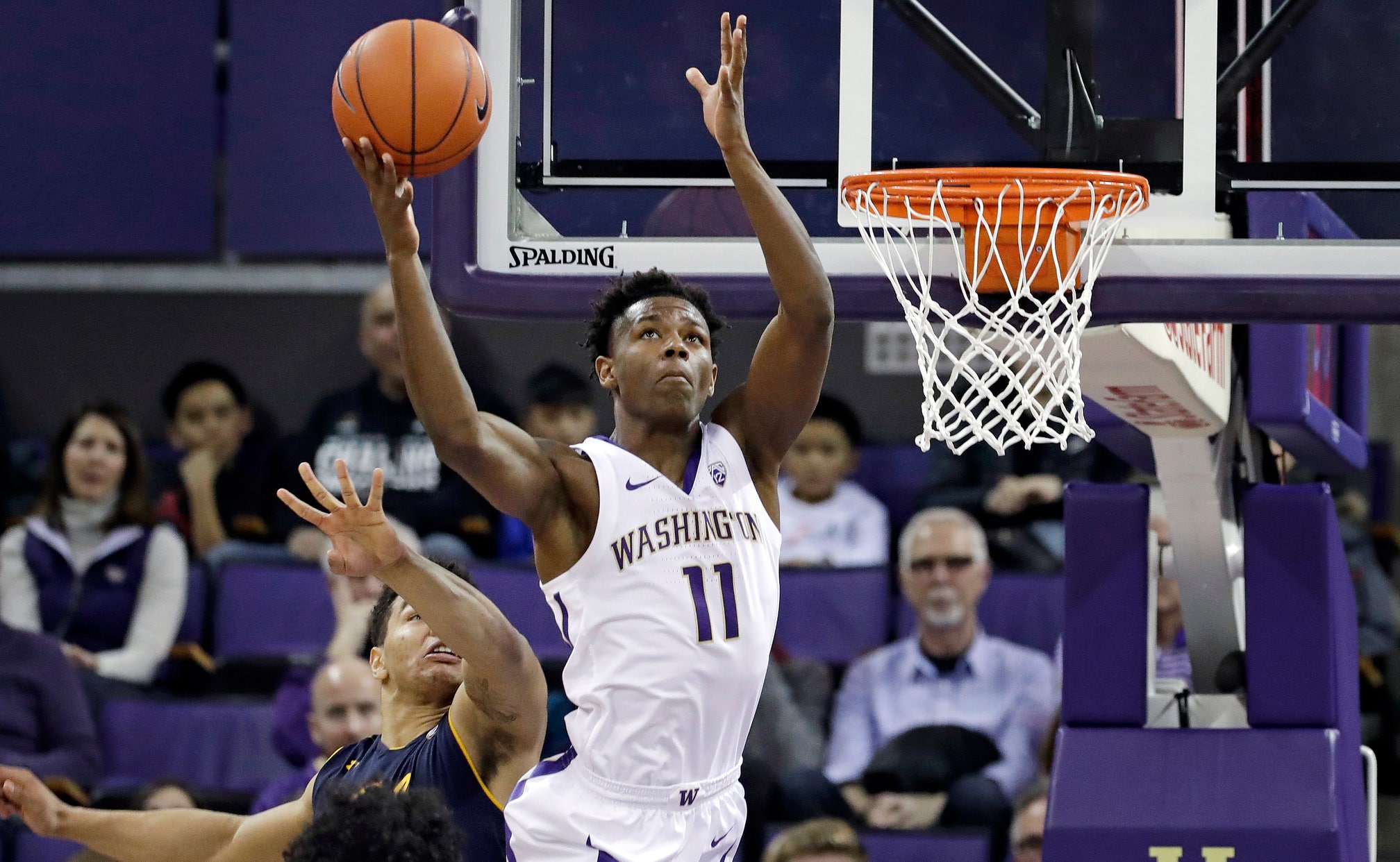 SEATTLE (AP) — In some ways, this feels like the first year at Washington all over again for Mike Hopkins.

So many new concepts and ideas being taught. So many new faces that have never before played together.

The difference from this time two years ago is that Hopkins has already established what he wants Washington to be. It was formulated in his first year and cemented last season when the Huskies won the Pac-12 regular season title and returned to the NCAA Tournament.

And now it's being taught to a group of young freshmen that are among the best in the country and will determine whether the Huskies stay among the elite of the conference.

There's Isaiah Stewart, the bullying forward ranked among the top 10 recruits in the country. There's Jaden McDaniels, the lanky 6-foot-9 local product who stayed home and is also among the elite freshmen. There are guards Raequan Battle and Marcus Tsohonis, who the Huskies hope will provide needed depth and shooting on the perimeter. And there's Kentucky transfer Quade Green, a sophomore, whose push for immediate eligibility could make a huge difference with some of the challenges Washington faces early in the season.

The Huskies may be replacing four starters off last year's team. But the raw talent at Hopkins' disposal may mean little to no drop-off.

"As long as we're all dialed in and working hard and playing hard, we're going to be good," Stewart said.

Washington will again be defined by its zone defense, which despite losing national defensive player of the year Matisse Thybulle, will have the length to cause opponents headaches. Along with Stewart and McDaniels, the Huskies will rotate through Sam Timmins, Bryan Penn-Johnson, Nate Roberts and Hameir Wright along the back line of the defense, all between 6-foot-9 and 7-foot.

"The zone is different because when you can hold hands and you can go sideline-to-sideline, that's a lot of coverage," Hopkins said.

With a roster mostly devoid of experience, the growth of Nahziah Carter will be critical for such a young team. Carter averaged more than 20 minutes per game and 8.1 points last season, the tops among Washington's returnees. He was a vital role player for the Huskies his first two seasons but seems ready for a more prominent role.

"Maybe some more minutes out there, you know? I don't want to spoil the surprise. You guys are going to have to wait and see," Carter said.

GOOD TO BE GREEN

Washington will be waiting with anxiousness until it learns whether Green's waiver for immediately eligibility has been granted by the NCAA or if he'll have to sit out the first nine games before becoming eligible to play.

It's a huge decision as Green is likely the Huskies' starting point guard whenever he gets on the court.

The Huskies would like to have the former Kentucky guard available for their early tests.

If the waiver is not granted, Green would be ineligible to play in games against Baylor, Tennessee and Gonzaga. The first game he could play in would be Dec. 17 against Seattle.

Washington will have plenty of scoring options on the interior.

Do the Huskies have enough outside shooting?

Carter will need to improve on his 31% 3-point shooting in his more prominent role. Jamal Bey attempted only 10 3s last season. The Huskies don't have much of a feel for what Green, Battle or Tsohonis will be able to provide from the perimeter, but it will be important for one of them to develop.

The wild card may be McDaniels and his ability to knock down a consistent jumper.

The Huskies upped their nonconference schedule a year ago and it helped in landing an at-large bid to the NCAAs.

Hopkins has continued to demand a challenging schedule, which includes neutral site games against No. 16 Baylor in Anchorage, Alaska, and against Tennessee in Toronto, both within the first eight days of the season. The Huskies also host No. 8 Gonzaga as part of their yearly series and will play in the Diamond Head Classic in Honolulu in December.

Washington plays no true road games as part of the nonconference schedule. Its first road game will be Jan. 9 at Stanford.

College Hoops' Best Buzzer-Beaters
What are the most iconic buzzer-beaters in college hoops history? Who better than Titus & Tate to provide the answers?
2 hours ago