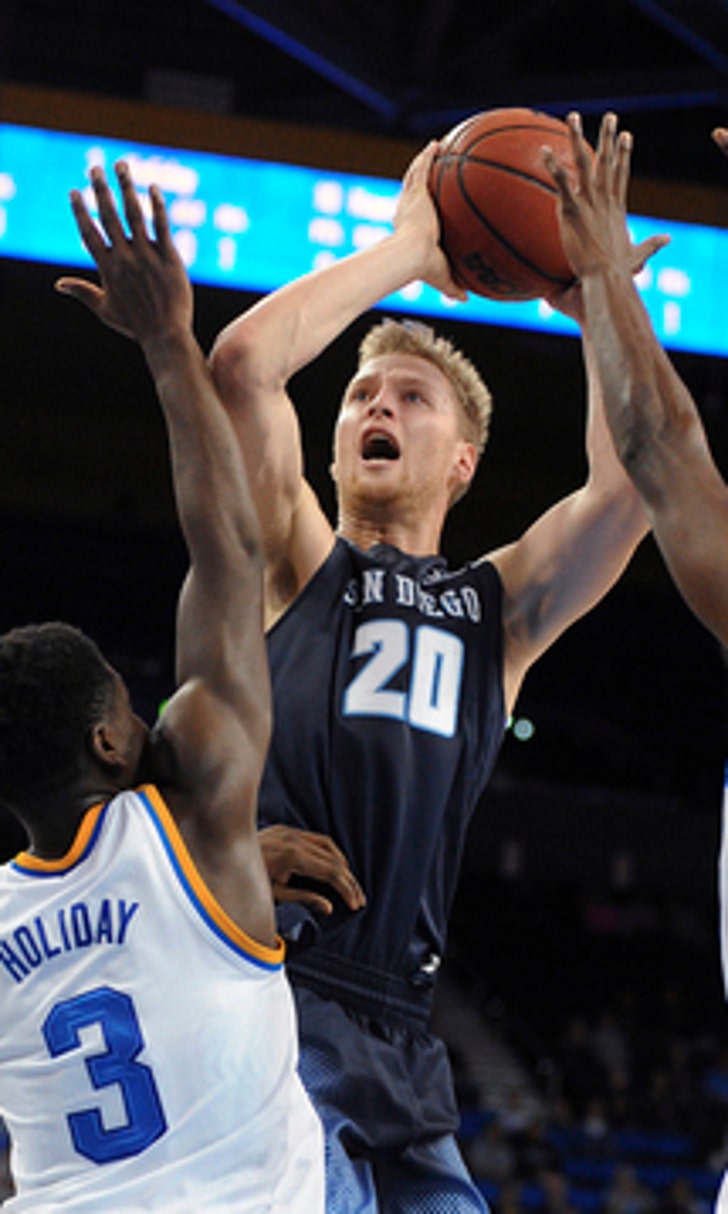 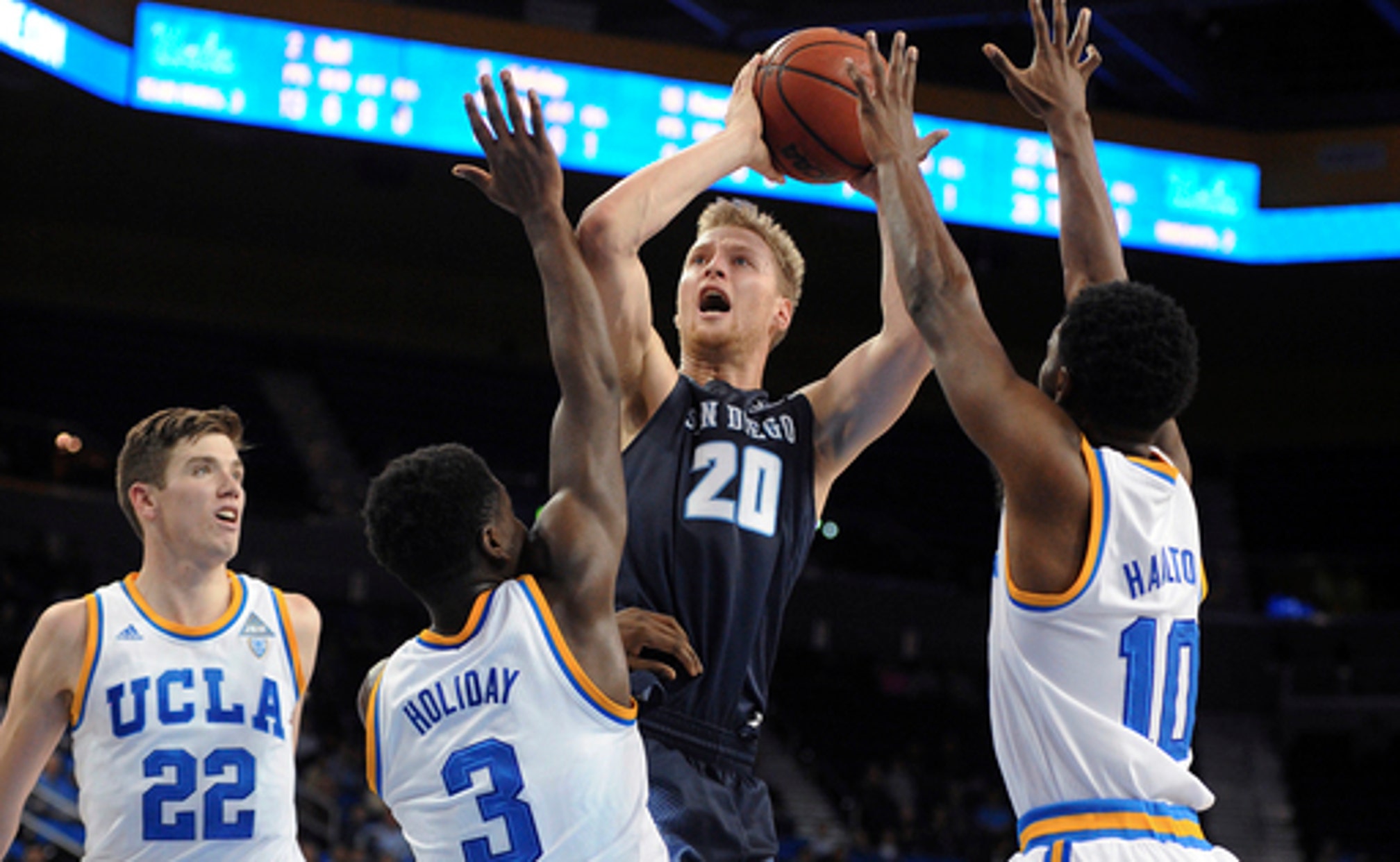 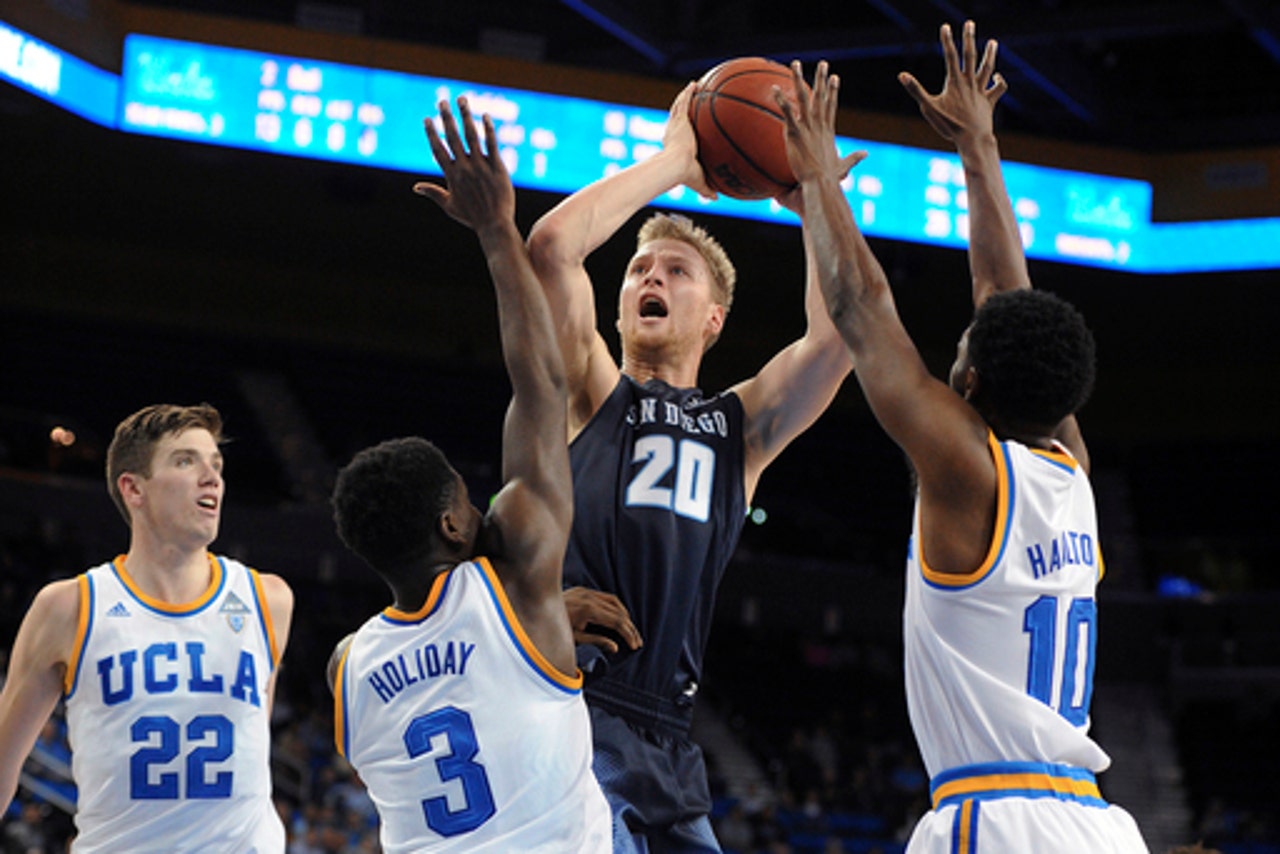 Thomas Welsh had 12 points and 11 rebounds as one of six players in double figures for the Bruins (3-0), who failed to top 100 points for the first time this season. They averaged 110.5 points in victories over Pacific and Cal State Northridge.

San Diego's Brett Bailey tied his career high with 22 points and Cameron Neubauer added a career-best 14 points despite playing the second half with three fouls.

Bailey's 3-pointer drew the Toreros (0-3) within four points early in the second half before Leaf and Ball teamed up for an entertaining offensive show.

Leaf got things started with a one-handed dunk on a give-and-go with Isaac Hamilton and followed with another one-handed jam on Ball's assist. The highly touted freshmen reversed things, with Leaf feeding Ball for a dunk before Leaf scored inside.

Leaf kept up the show with another dunk before finishing off the 16-8 run with a two-handed dunk on Ball's alley-oop pass that extended UCLA's lead to 58-45.

Consecutive baskets by Ball and a 3-pointer by Leaf pushed the Bruins' lead to 68-52.

Hamilton added 12 points and Aaron Holiday had 11 for the Bruins, who shot 52 percent.

San Diego: The Toreros face a long climb this season, having been picked to finish last in the West Coast Conference coaches' poll. They lost by 10 points to San Diego State in their season opener and still have New Mexico State and Southern California among their non-conference games. No. 14 Gonzaga looms twice during conference play, too.

UCLA: The Bruins have an easy schedule leading up to their first big challenge of the season against No. 2 Kentucky on Dec. 3 in Rupp Arena. They also play Big Ten opponents Michigan and Ohio State in December.

UCLA: Hosts Long Beach State on Sunday, the last of four consecutive home games to start the season. The Bruins are 14-1 against the 49ers.