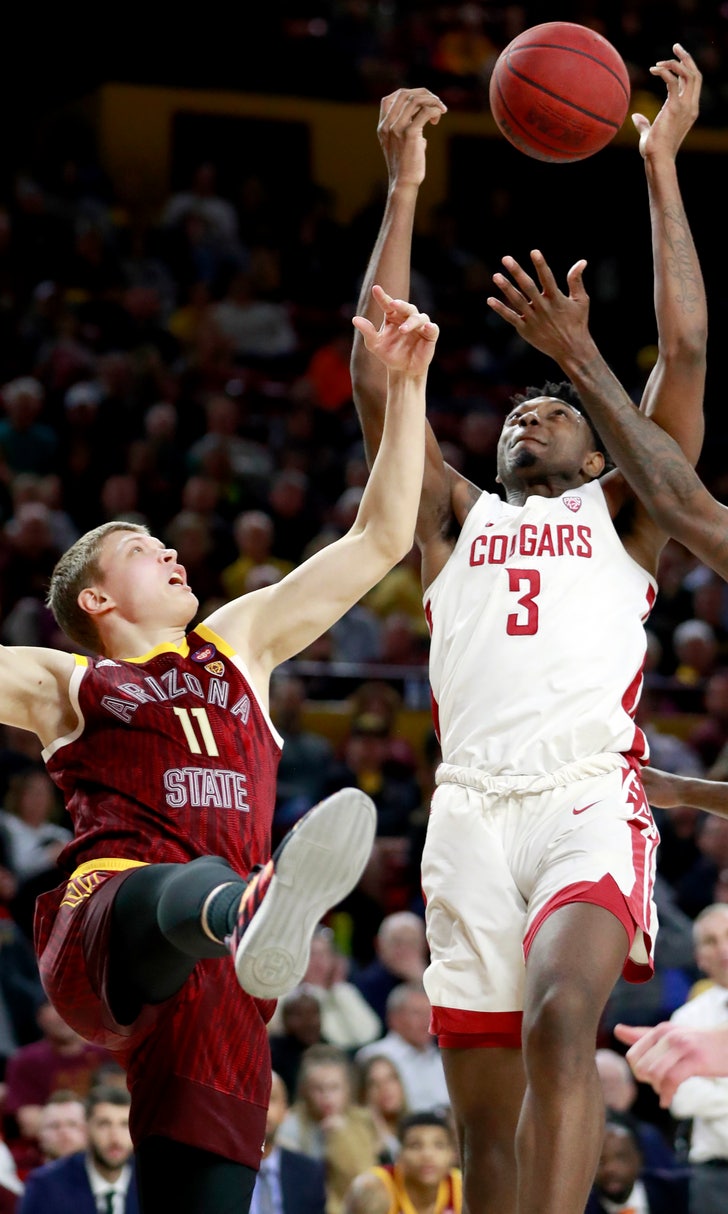 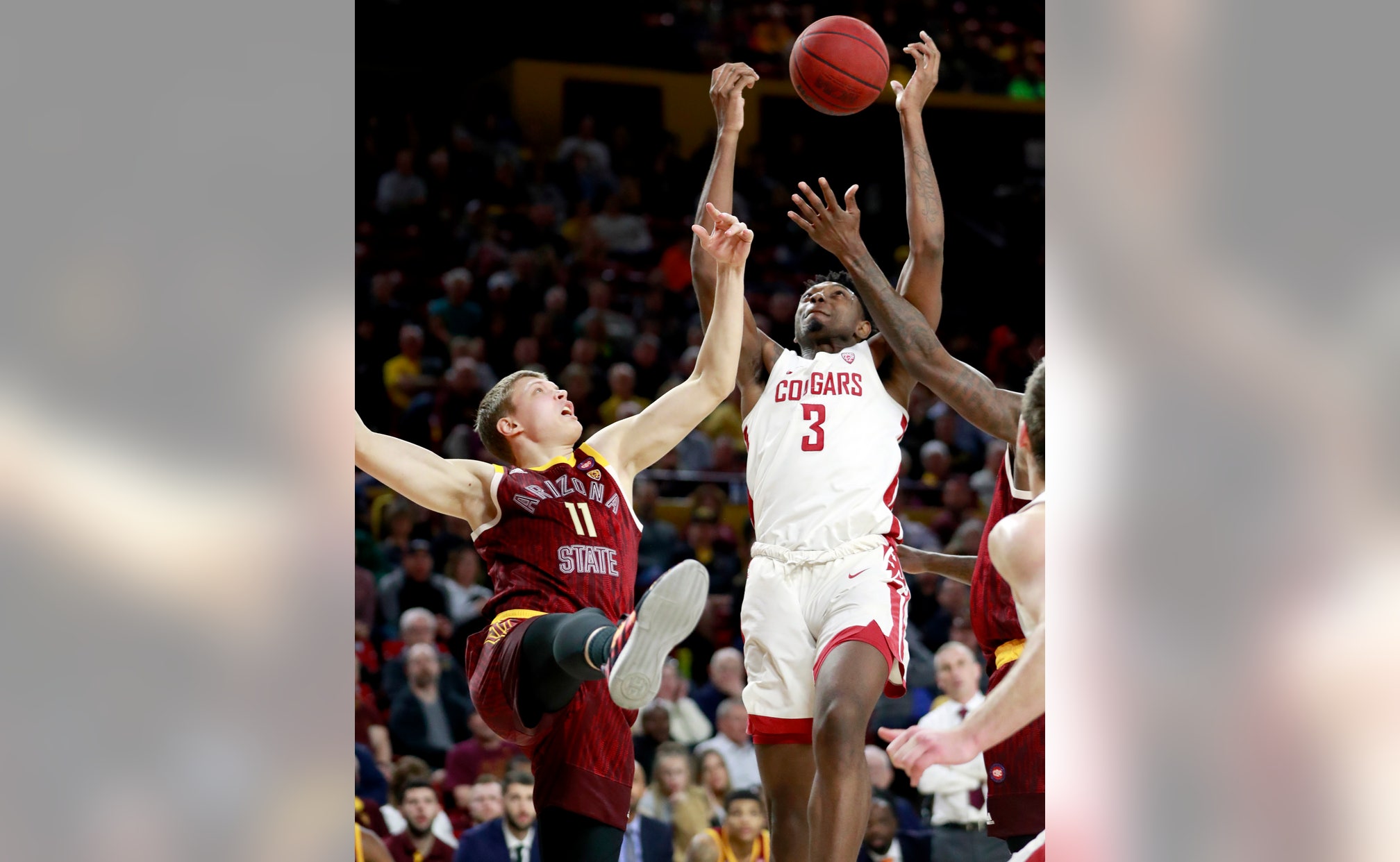 TEMPE, Ariz. (AP) — Washington State has had little to celebrate this season, so a surprise victory in the desert felt awfully good.

Robert Franks Jr. matched his career high with 34 points and Washington State stunned Arizona State with a dominant 91-70 victory over the Sun Devils on Thursday night.

"This is a big, big win for our program," Washington State coach Ernie Kent said.

Arizona State (15-7, 6-4) had won four of five and figured to be headed into an important game Saturday against Pac-12 leader Washington. But the Sun Devils were derailed before they ever got to the Huskies.

"There really wasn't anything overly positive that you can say. It was a pretty damaging loss for us," ASU coach Bobby Hurley said.

"He was draining shots everywhere," Hurley said. "We didn't really have any answers for him."

Franks said it was "most definitely" the Cougars' biggest win of the season.

"The way that we ran, we defended and shared the ball is something that we've got to predicate the rest of our season on," he said.

The big difference came from long range. The Cougars made 12 of 29 3s, while the Sun Devils were a dismal 3 of 28.

The Cougars, whose only other conference win was at home against California, took a double-digit lead early and never were seriously threatened as Arizona State added this loss to other pratfalls against Utah, Princeton and Stanford by a Sun Devils team that expected to contend in the Pac-12.

"We're definitely an underdog," he said. "Once we come in to play against teams I feel like they underestimate us a little bit. That's why we have a little chip on our shoulder."

But Kent said the Cougars had shown glimpses of excellence.

"Young team, a lot of inexperienced guys, we've had to drown out a lot of noise," he said. "A lot of noise circling around our heads, some of it self-inflicted noise. This team in spurts, in all of our losses, at some point in time we have looked spectacular. The thing we haven't done is the buy-in to play like that for 40 minutes. Tonight ... they finally bought in."

Franks scored eight in a 15-5 run that put Washington State up 25-14 with 9:50 to play. Arizona State never got closer than seven the rest of the game.

Frank's fourth 3-pointer of the half, followed by a layup by Isaiah Wade, put Washington State up 46-30 with 3:19 left in the half. That basket, followed by two free throws by Marvin Cannon, gave the Cougars their biggest lead of the half, 50-32, with a minute left. They led 50-33 at the break.

The Sun Devils went the final 5:41 of the half without a field goal.

Washington State led by as many as 26 in the second half.

The Cougars followed the brilliant performance of Franks to their best game of the season, a win that had to feel good after so many struggles lately. This one wasn't even close and will help Washington State as it finishes out the schedule.

Shooting is a problem for Arizona State and that weakness was on display big-time. Losing at home to one of the worst teams in the conference has to be a low point in the season for the Sun Devils as well as a big blow to any hopes of getting to the NCAA Tournament without winning the conference tourney in Las Vegas.

Washington State: The Cougars play at Arizona on Saturday.

Arizona State: The Sun Devils look to bounce back against Pac-12 leader Washington on Saturday.