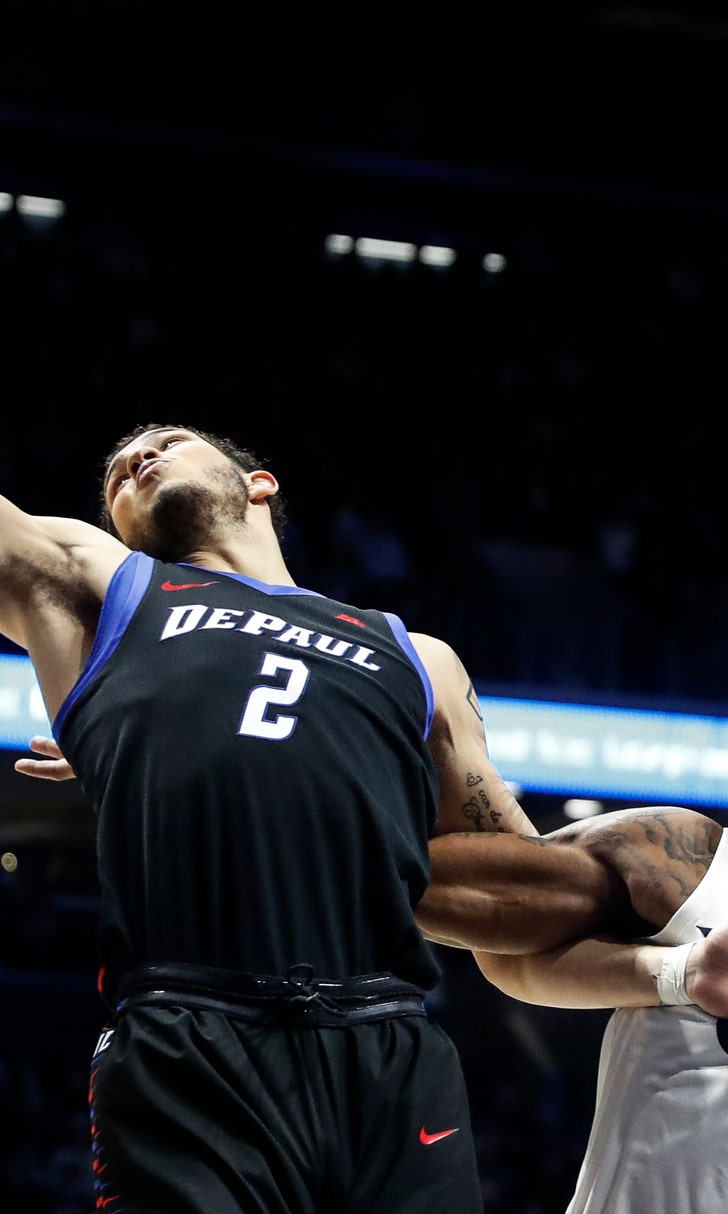 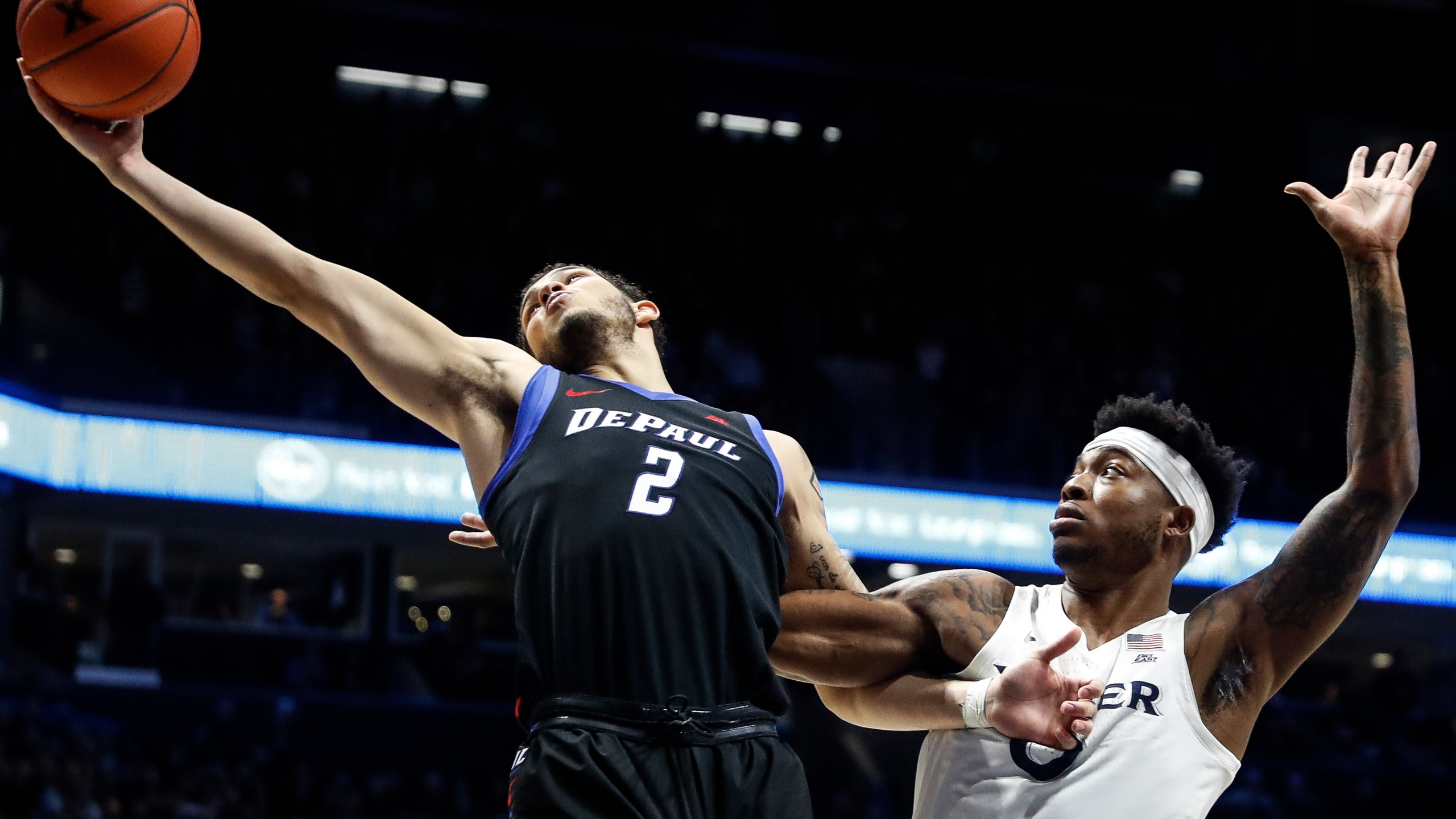 CINCINNATI (AP) — Facing yet another discouraging loss against Xavier, the Blue Demons put together one of their best stretches of the season to finally pull one out. They're 0-for-Cintas no more.

Down by eight, DePaul (12-9, 4-6 Big East) rallied by taking advantage of three straight Xavier turnovers . Strus scored off an inbound pass for a 60-57 lead with 2:45 to go, and Xavier went nearly 5 minutes without a field goal as DePaul pulled away to a notable win.

The Blue Demons were 0-5 at the Cintas Center before Saturday.

"We hadn't won here, and their crowd support is tremendous, so I thought we were going to have to have a certain mindset starting with our poise, and we did," coach Dave Leitao said.

Xavier (11-13, 3-8) has lost six straight , its worst slump in two years. Naji Marshall led the Musketeers with 22 points. Xavier had another sloppy game, turning the ball over 10 times in the second half.

"We had a couple of turnovers in a row and that got them going," said Paul Scruggs, who had 13 points. "We just rush ourselves. That's it."

The teams combined for horrific shooting to start the game. DePaul missed 13 of its first 14 shots, but led 3-2 with 13 minutes left in the opening half as Xavier missed on 10 of its first 11. The Musketeers were ahead 31-30 at halftime behind Marshall's 16 points.

Xavier made four straight shots — three of them by Scruggs — and pulled ahead by eight early in the second half before the Blue Demons rallied. They had crumbled during a 74-65 loss to Xavier that opened Big East play on Dec. 29, but played their best at the end in the rematch.

"We've been a work in progress as a team," Leitao said. "We've had some other games where we played decent but lost in those critical moments. We talked about it, and tonight we rose to the occasion."

Xavier hadn't lost six straight since late in the 2016-17 season, when injuries to star players including Trevon Bluiett led to a slump.

DePaul: The Blue Demons improved to 3-3 on the road in the Big East, matching their win total from last season.

Xavier: The Musketeers haven't had a losing season since 1995-96, when they went 13-15 in the Midwestern Collegiate Conference. In five seasons in the Big East, their worst finish in league play was 9-9.

DePaul hosts Marquette on Tuesday. The Blue Demons lost at Marquette 79-69 on Jan. 23.

Xavier hosts Creighton on Wednesday. The Musketeers lost at Creighton 76-54 on Feb. 3.