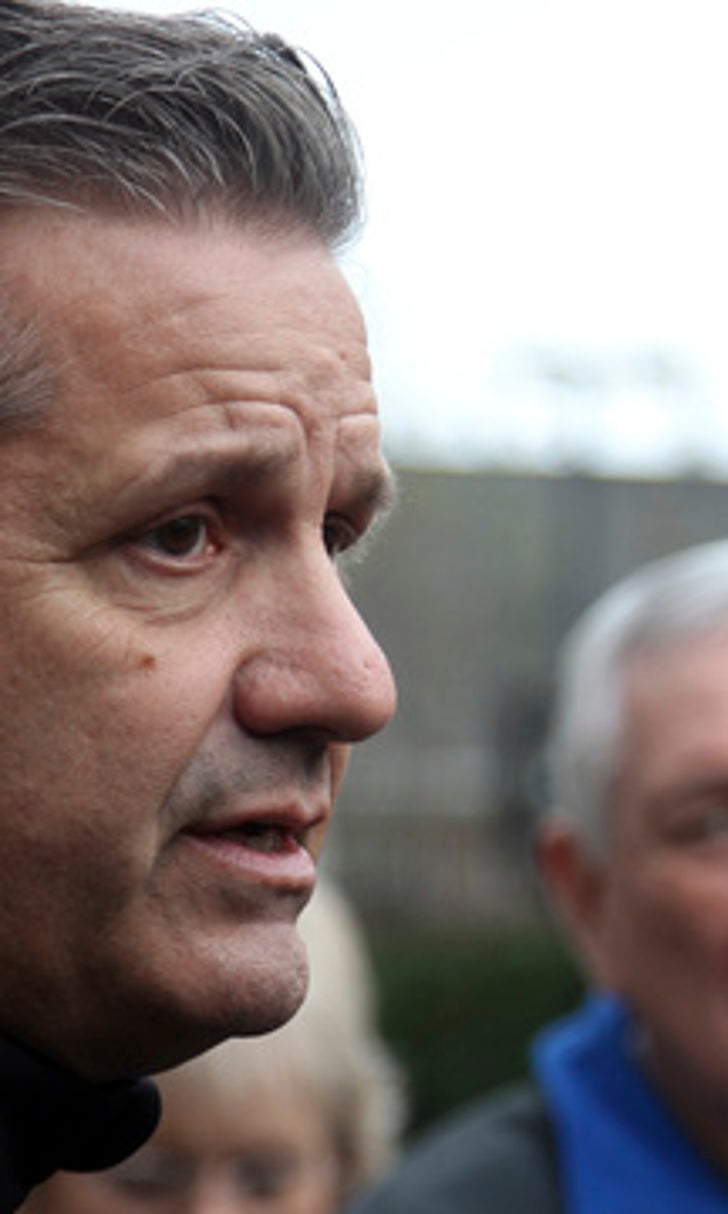 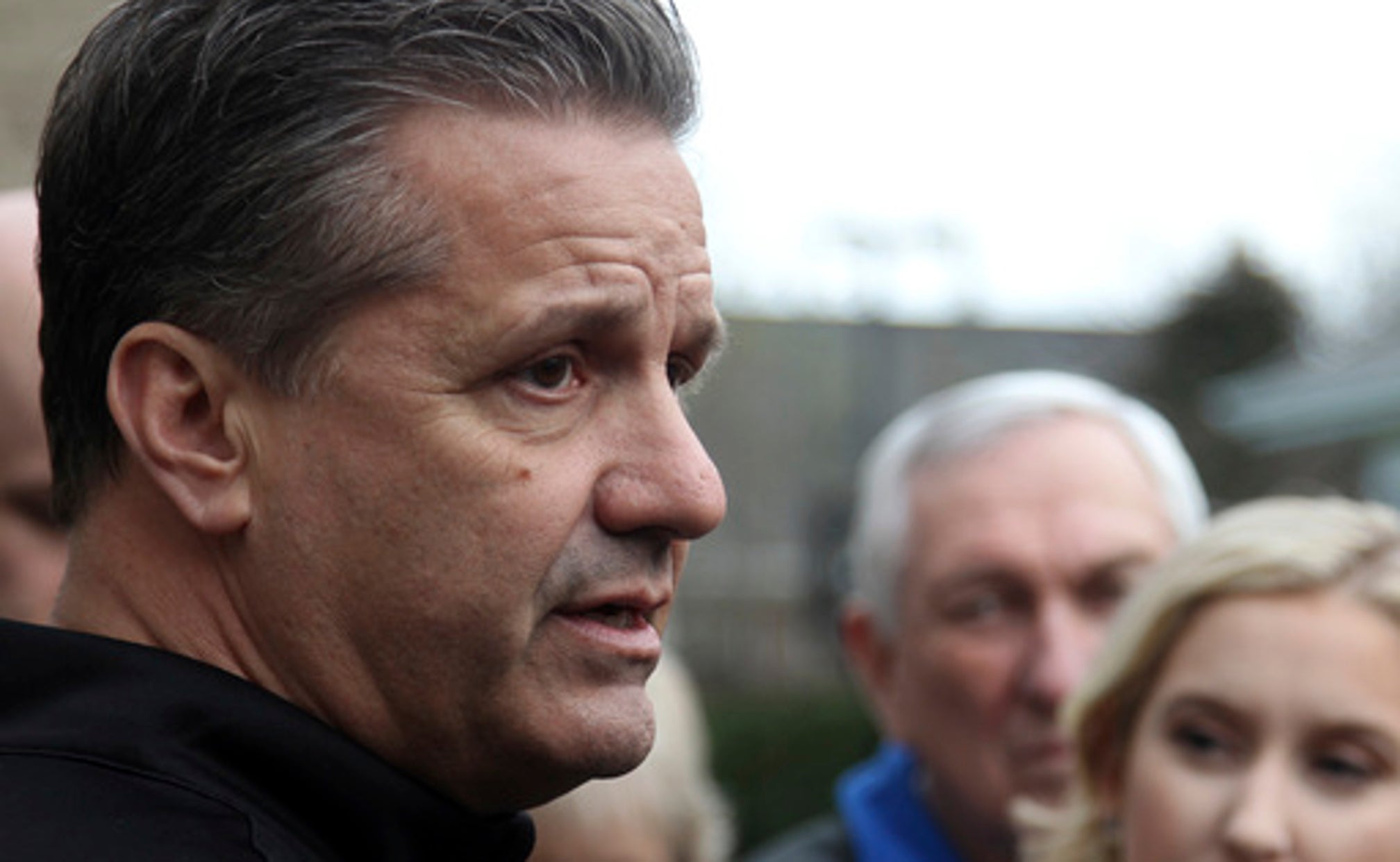 Column: Not all is well among the big schools in tournament

The University of Louisville sat out last year's NCAA Tournament as part of a sacrifice offered to the NCAA for hiring female escorts to party with basketball recruits.

The Cardinals are back this year, with a nice No. 2 seeding to boot. Rick Pitino will be on the sidelines, despite the NCAA's contention that he failed to properly monitor a staffer who paid for strippers and escorts over a four-year period.

To the uninitiated, that means Louisville should try to make a Final Four run while it still can. The NCAA seems poised to hand down more penalties, which could include a suspension for Pitino himself.

Look at North Carolina, where an academic fraud scandal continues to percolate. The story line around the tournament last year was that the Tar Heels needed to win immediately because sanctions were on their way.

But after losing in the title game, North Carolina is back, still waiting for punishment. Bookies in Las Vegas like the Tar Heels' chances, too, making them one of the top picks for the title.

Yes, another year has passed without the NCAA issuing penalties for North Carolina athletes taking phony courses to keep them academically ineligible. But at least one of the academic advisers at the heart of the scandal gets an ''A'' herself for saying she did not give away grades but provided ''customized educational opportunities for students to solve problems created by the institutional bureaucracy.''

Chew on that while watching the finest ''student-athletes'' play for their schools over the next few weeks. But also don't forget that almost everyone you'll see is getting paid - some obscenely well - except the 10 players who are actually on the court at any given time.

Cheating does pay, at least for some schools in the NCAA Tournament. For every feel good story of a team like North Dakota making the tournament for the first time, there's another about other schools bending and, at times, breaking NCAA rules at will.

Even Kansas is having some issues, like when coach Bill Self was asked Monday whether star freshman Josh Jackson would miss any tournament games because of an incident with McKenzie Calvert, a member of the university's women's basketball team. Calvert said Jackson damaged her car in December by kicking it, and that she was retaliated against when she reported it.

The problems in college basketball are, of course, nothing new. A quarter century ago NCAA investigators worked overtime to make sure Jerry Tarkanian and his UNLV Runnin' Rebels would be knocked off their throne rather than give the tournament a bad name.

They're also not limited to basketball. Baylor is poised to make a run as a No. 3 seed at the same time its football program has imploded because of a rape scandal that one lawsuit claims could have involved 31 different players over four years.

Should Baylor should make it to the Final Four, the Bears may also face uncomfortable questions about a Showtime network documentary scheduled to air the night before the semifinal games that focuses on the 2003 shooting death of basketball player Patrick Dennehy and subsequent efforts by then-coach Dave Bliss to get players to lie and say Dennehy was dealing drugs.

Yes, there are always the annual feel-good stories about schools like South Dakota State that allow us to forget the tournament basically functions as a giant piggy bank to enrich the bigger schools while players get little more than pizza money. The Jackrabbits will exit early as 22-point underdogs to Gonzaga, but they serve the purpose of being eye candy for the NCAA while they last.

This year also features North Dakota in its debut in the tournament with a new nickname (Fighting Hawks) to replace the politically incorrect Fighting Sioux.

If you really want to feel good about college athletics, there are 12 tournament teams who graduated all of their players. Well, not really, because the Graduation Success Rate used by the NCAA doesn't count one-and-done players or anyone who leaves a school early while still academically eligible.

That means Kentucky's program is listed as having a perfect graduation record, laughable because so many players leave before their first year is even over.

Then again, with the kind of courses that were offered at North Carolina, graduating might not be so tough after all.

South Dakota State Jackrabbits
share story
those were the latest stories
Want to see more?
View All Stories
Fox Sports™ and © 2020 Fox Media LLC and Fox Sports Interactive Media, LLC. All rights reserved. Use of this website (including any and all parts and components) constitutes your acceptance of these Terms of Use and Updated Privacy Policy. Advertising Choices. Do Not Sell my Personal Info