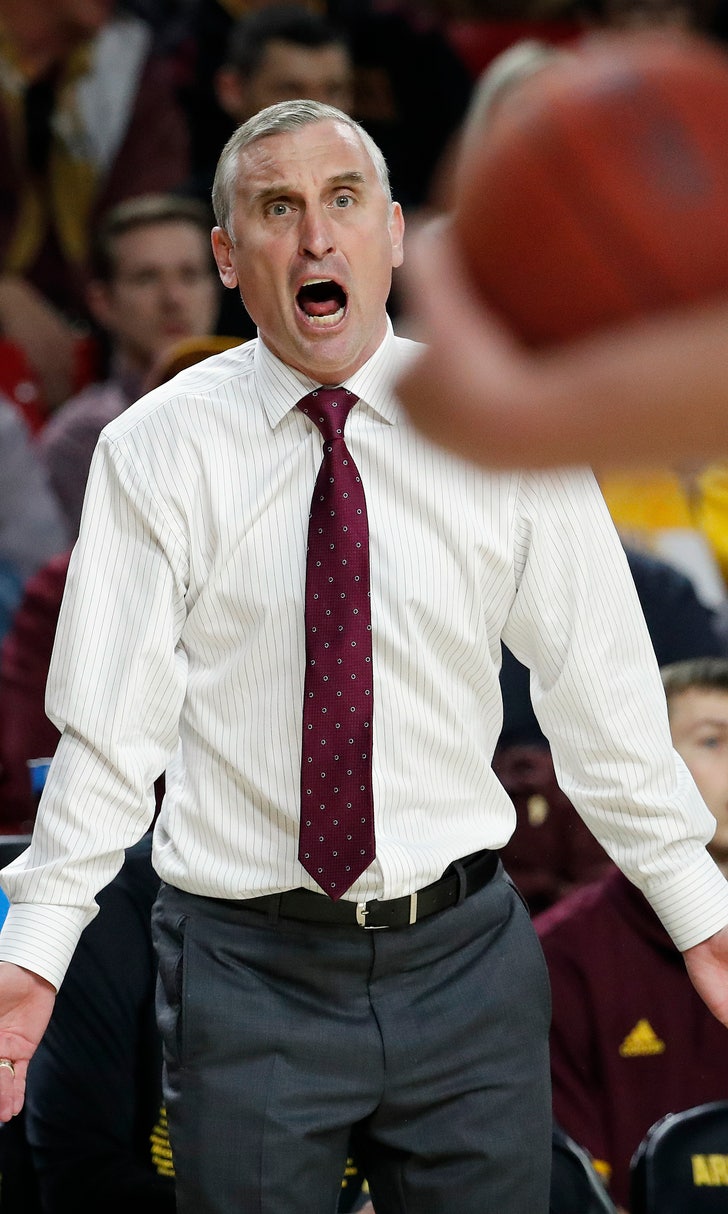 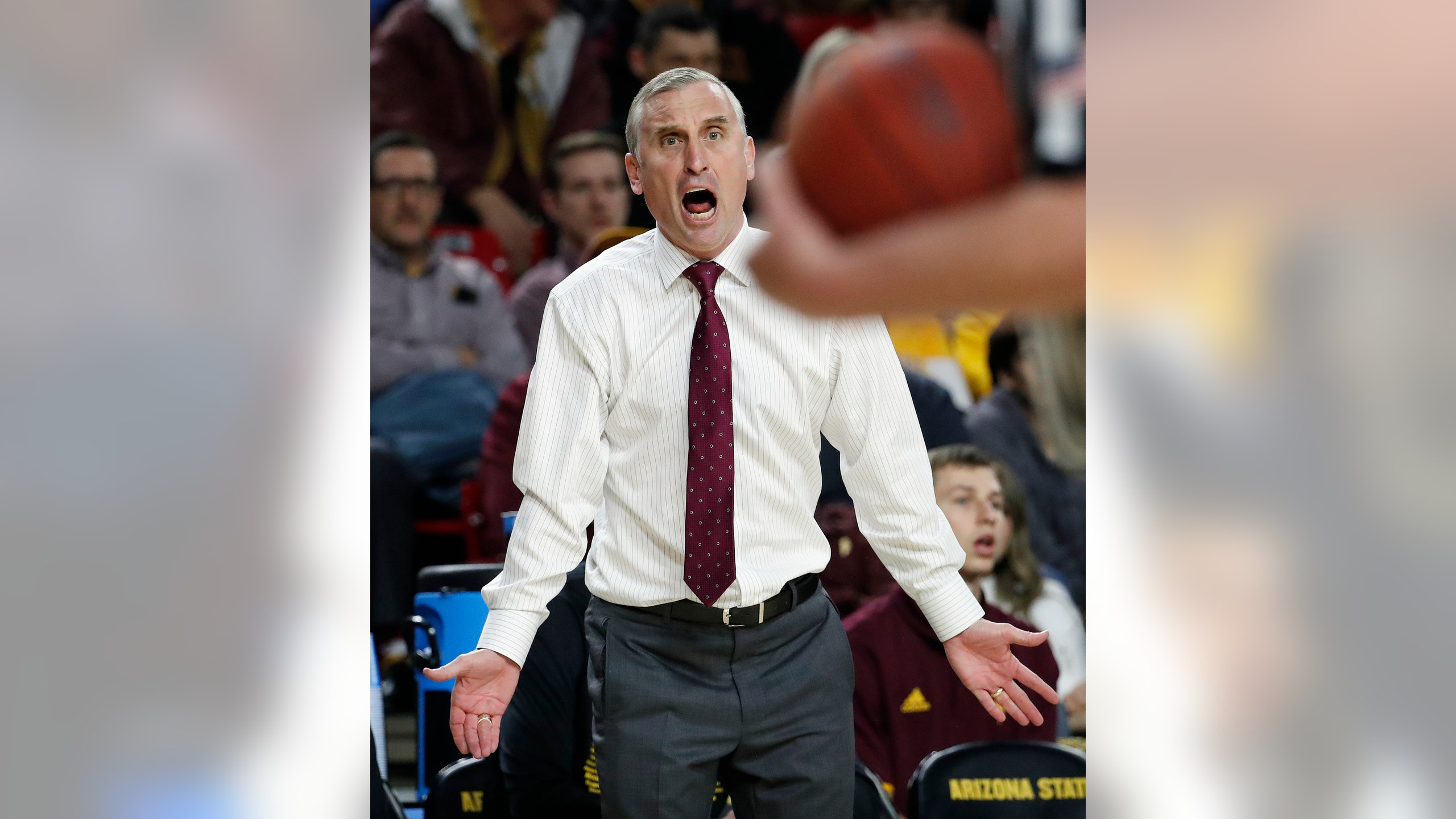 BUBBLE WATCH: Pac-12 has lot of work to do for NCAA bids

RALEIGH, N.C. (AP) — It's already been a rough season for the Pac-12. It won't get any easier as many league teams try to find their way into the NCAA Tournament.

The Pac-12 hasn't had a team ranked in the AP Top 25 in more than a month, while 10 of its schools have at least eight losses. That leaves Washington as the only team on solid footing with roughly five weeks left until Selection Sunday, while the Pac-12 is flirting with a fate inconsistent with its power-conference status: being a one-bid league.

"We know it's a great product and it's good basketball," Utah coach Larry Krystkowiak said recently, "and we're all fighting for some limited spots."

The numbers just don't back Krystkowiak on the former — and that makes him right about the latter.

After managing just three bids last year, the Pac-12 started with three teams in the preseason AP Top 25 poll. But by Dec. 31, the league had no ranked teams for the first time since the 2011-12 season.

As of Friday afternoon, the Pac-12 ranks seventh in KenPom's conference rankings. Mike Hopkins' league-leading Huskies (19-4, 10-0) stand at only No. 25 in the NCAA's new NET rankings, a more analytical formula replacing the RPI this year. So that leaves few league wins ahead capable of punching up a shaky postseason resume.

Arizona State (15-7, 6-4) is in the running thanks to a neutral-court win against then-ranked Mississippi State and a home win against then-No. 1 Kansas. Yet Bobby Hurley's Sun Devils, who spent four weeks in the AP poll in December, haven't done much in league play and lost big at home Thursday to eight-win Washington State to check in at No. 78 in the NET.

It looks like any other league team hoping to get in will have to win the Pac-12 Tournament in Las Vegas.

Utah State: The Aggies (18-5, 8-2 Mountain West Conference) have won seven straight while ranking No. 33 in NET. They have just one Quadrant 1 win, but there's still a game ahead with the potential to offer a major resume boost in a March visit from sixth-ranked Nevada.

Wofford: The Terriers (20-4, 12-0 Southern Conference) haven't lost in nearly two months. They check in at No. 29 in the NET with two Quadrant 1 wins with their only losses coming against power-conference teams (North Carolina, Oklahoma, Kansas and Mississippi State).

Clemson: The Tigers (14-8, 4-5 Atlantic Coast Conference) have won three straight to get some momentum. The bad news is they're 0-6 against Quadrant 1 teams, including when they squandered a likely win at North Carolina State by going 2 for 8 at the foul line in the final 34.9 seconds and losing on a buzzer-beating 3-pointer.

Indiana: The Hoosiers (13-10, 4-8 Big Ten) were ranked for six weeks in the AP Top 25, but essentially ruined their at-large bid chances after a seven-game skid in January. There was a surprising overtime win against No. 9 Michigan State to restore some hope, but they lost a chance at momentum with Thursday's home loss to No. 20 Iowa.

Nebraska: The hope was that the Cornhuskers (13-10, 3-9 Big Ten) was ready to make the NCAAs after going just once in the past 20 years. Injuries and bad play have all but ended that pursuit amid a six-game skid, with coach Tim Miles noting recently : "I don't see anyone having fun."

St. John's: There's good news and bad news for Chris Mullin's Red Storm (17-6, 5-5 Big East). The good is they have five Quadrant 1 wins and check in at No. 39 in the NET. The bad is that St. John's is trending in the wrong direction with five losses in eight games.

All Aboard the Baylor & Gonzaga Train
When it comes to college basketball, Gonzaga and Baylor appear to be head and shoulders above the rest, Mark Titus writes.
15 hours ago