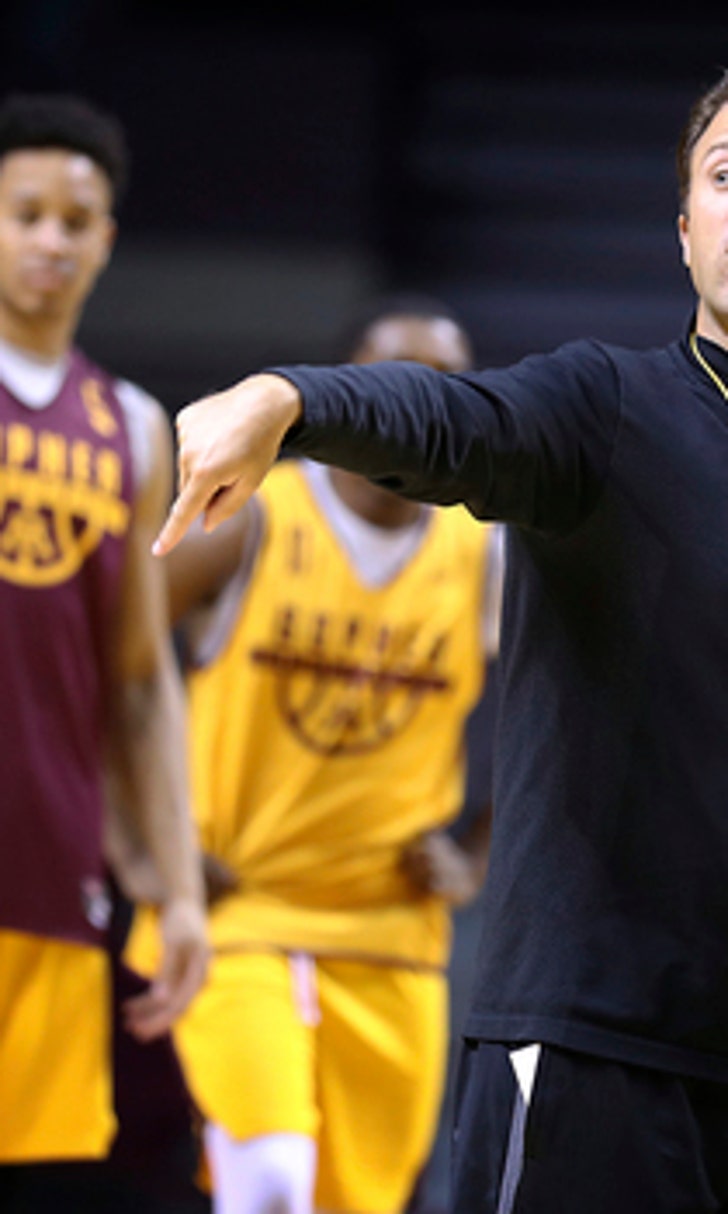 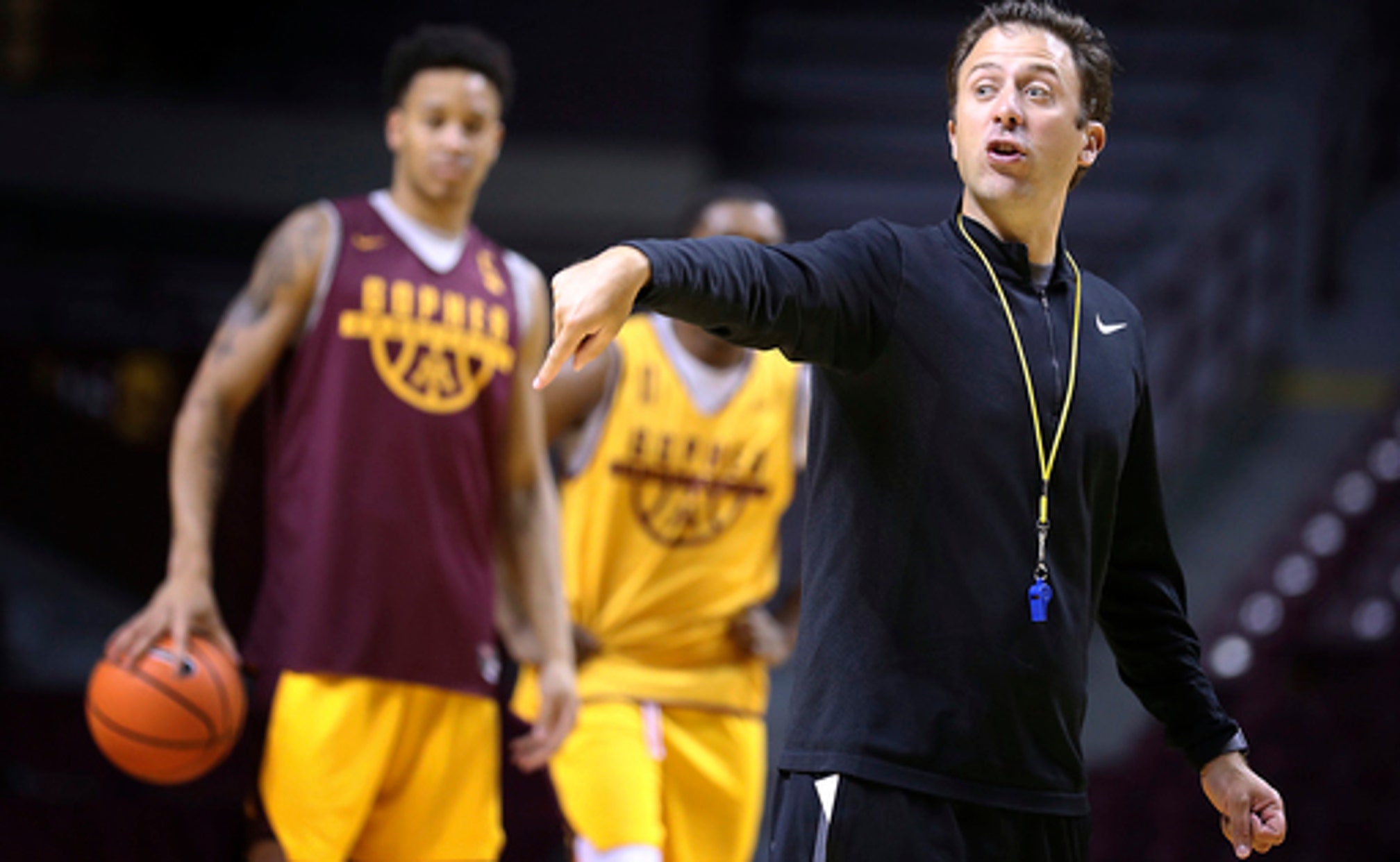 MINNEAPOLIS (AP) As last season began for Minnesota, coach Richard Pitino was still working on getting a group of players to not only block out external skepticism but believe internally in the potential for success.

The Gophers were listening.

They put an embarrassing year with off-the-court trouble and a program-worst 8-23 record behind them in a hurry, surging to 15-2 start and recovering from a mid-January slide with an eight-game winning streak that sealed their first NCAA Tournament appearance in four seasons under Pitino .

This fall? Well, Pitino has been busy playing psychologist again. This time the theme is the opposite: Don't be distracted by the hype.

''We were so eager to get the respect back of everybody and to win again and to get people talking, we've got to understand that can go away,'' Pitino said last month. ''That's fleeting as well. What got us here was doing it for each other. No ego. Working hard. But this group has shown that thus far.''

Pitino, who benefited from the 24-10 finish with a one-year contract extension that goes through 2022 and came with $1.7 million in new bonus money, will be responsible for guiding the Gophers amid the highest preseason expectations the program has faced since the NCAA Final Four appearance 20 years ago.

They lost only one of their top seven scorers, with the departure of shooting guard Akeem Springs. They've brought in two heralded East Coast recruits, with point guard Isaiah Washington (New York) and shooting guard Jamir Harris (New Jersey). They're also welcoming power forward Davonte Fitzgerald to the rotation, after two full years on the sideline.

Michigan State is predictably the Big Ten favorite, but the Gophers have been high on the list on all of the conference predictions. With senior point guard Nate Mason, senior center Reggie Lynch and junior power forward Jordan Murphy leading the locker room, they've got plenty of experience to rely on.

''They may not need to yell and scream, but they can speak from a great point of view about what it takes to win,'' Pitino said.

Here are some key angles to follow throughout the season:

Sophomore Amir Coffey will be another key contributor, coming off a promising debut that landed him on the Big Ten All-Freshman Team. Coffey could be the best two-way player the Gophers have, after finishing second on the team last season in points, steals and assists, all behind Mason.

''You can just tell he's taken the next step from a habits standpoint,'' Pitino said, ''to where I'm looking at him going, `OK, you understand you could play basketball for a long time. You've tasted success, and you want more of it.'''

Washington was the Mr. New York Basketball award winner and a consensus top-100 recruit nationally coming out of St. Raymond's High School in Harlem, building a cult following known as the ''Jelly Fam'' in honor of his signature finger roll layup , the jelly roll. Washington has 398,000 followers on Instagram , an extraordinary amount of fame for a teenager.

''What I've tried to get him to understand is that at this level, that's all well and good,'' Pitino said. ''But it comes down to performance. It comes down to winning.''

Fitzgerald sat out the 2015-16 season after transferring from Texas A&M. Then an ACL tear and other significant damage in his left knee kept him out another year. He was granted a sixth season of eligibility by the NCAA, so the Gophers should have two years to benefit from his presence in the post.

Fitzgerald has been brought along slowly in practice. Lynch (knee) and shooting guard Dupree McBrayer (leg) have also been limited this fall, with the Gophers aiming for full strength by the Nov. 10 opener against South Carolina Upstate. The team already lost power forward Eric Curry, who played a meaningful role off the bench as a freshman last season, for the year because of an ACL tear and other significant damage in his left knee.

The Big Ten schedulers gave them a break, though, with only one matchup each against Michigan State, Wisconsin and Michigan. They play bottom-dwellers Rutgers and Nebraska in early December in their first two conference games, and once Big Ten play resumes for good after the new year they have a favorable start with consecutive contests at home with Illinois and Indiana.

College Basketball's Top Plays: Thanksgiving
From a showdown between No. 1 Gonzaga and No. 6 Kansas to all of the highlights around the country, here are the best moments.
57 mins ago

Happy Thanksgiving To The People
Before picking which sports stars should join the Thanksgiving dinner table, Charlotte Wilder thanks you, the sports fan.
2 hours ago

College Basketball's Top Plays: Season Tip-off
From the No. 1 prospect's debut to a 3-pointer two years in the making, check out the best moments from opening day.
15 hours ago 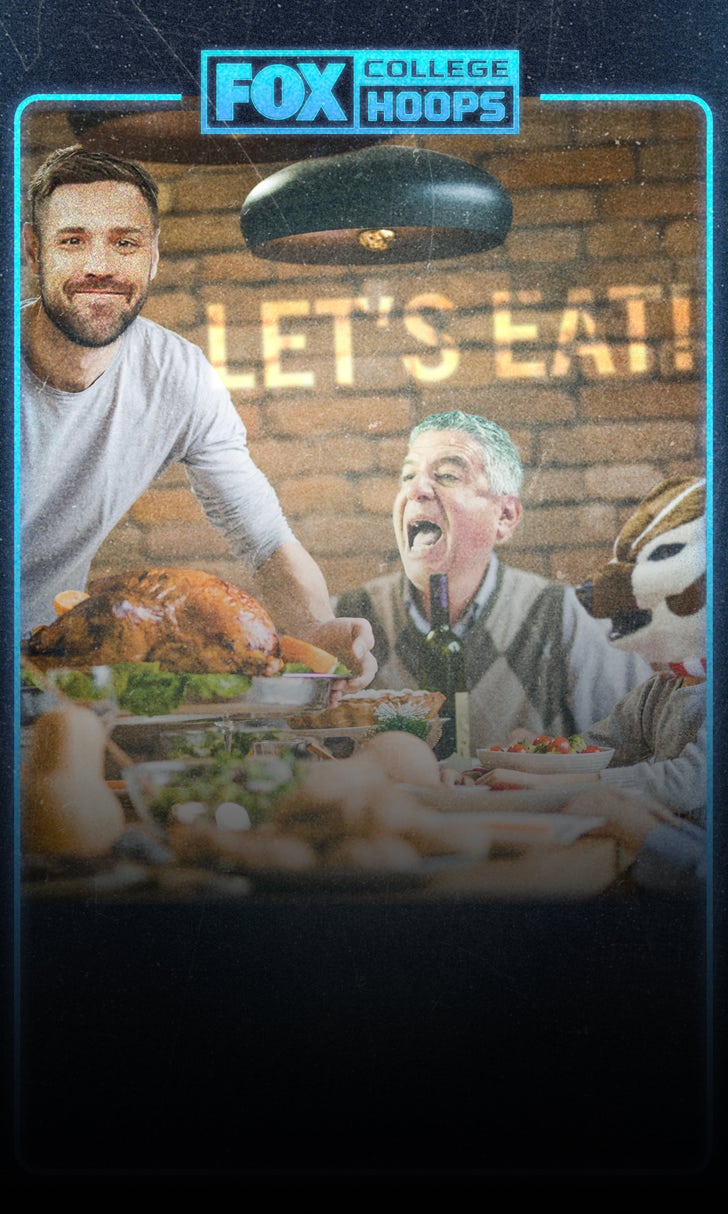 College Hoops Is Here ... Let's Eat!
Come get your fill with Mark Titus, as he navigates a buffet of college basketball action.
21 hours ago
those were the latest stories
Want to see more?
View All Stories
Fox Sports™ and © 2020 Fox Media LLC and Fox Sports Interactive Media, LLC. All rights reserved. Use of this website (including any and all parts and components) constitutes your acceptance of these Terms of Use and Updated Privacy Policy. Advertising Choices. Do Not Sell my Personal Info