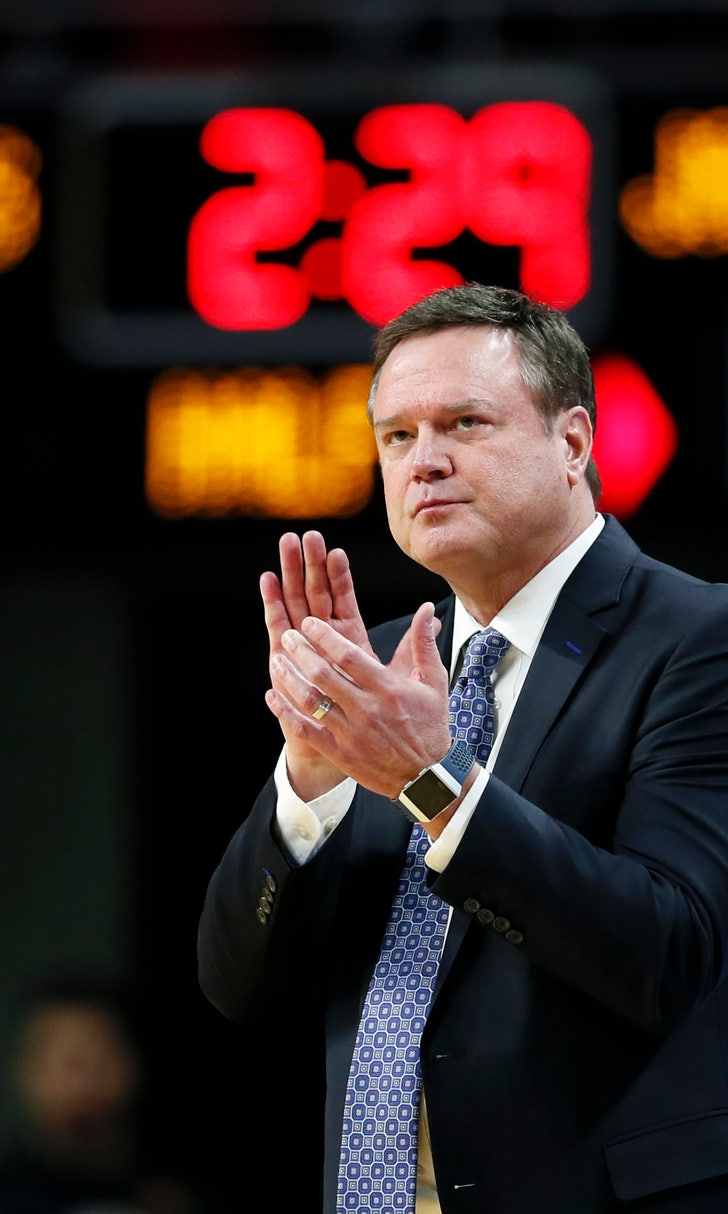 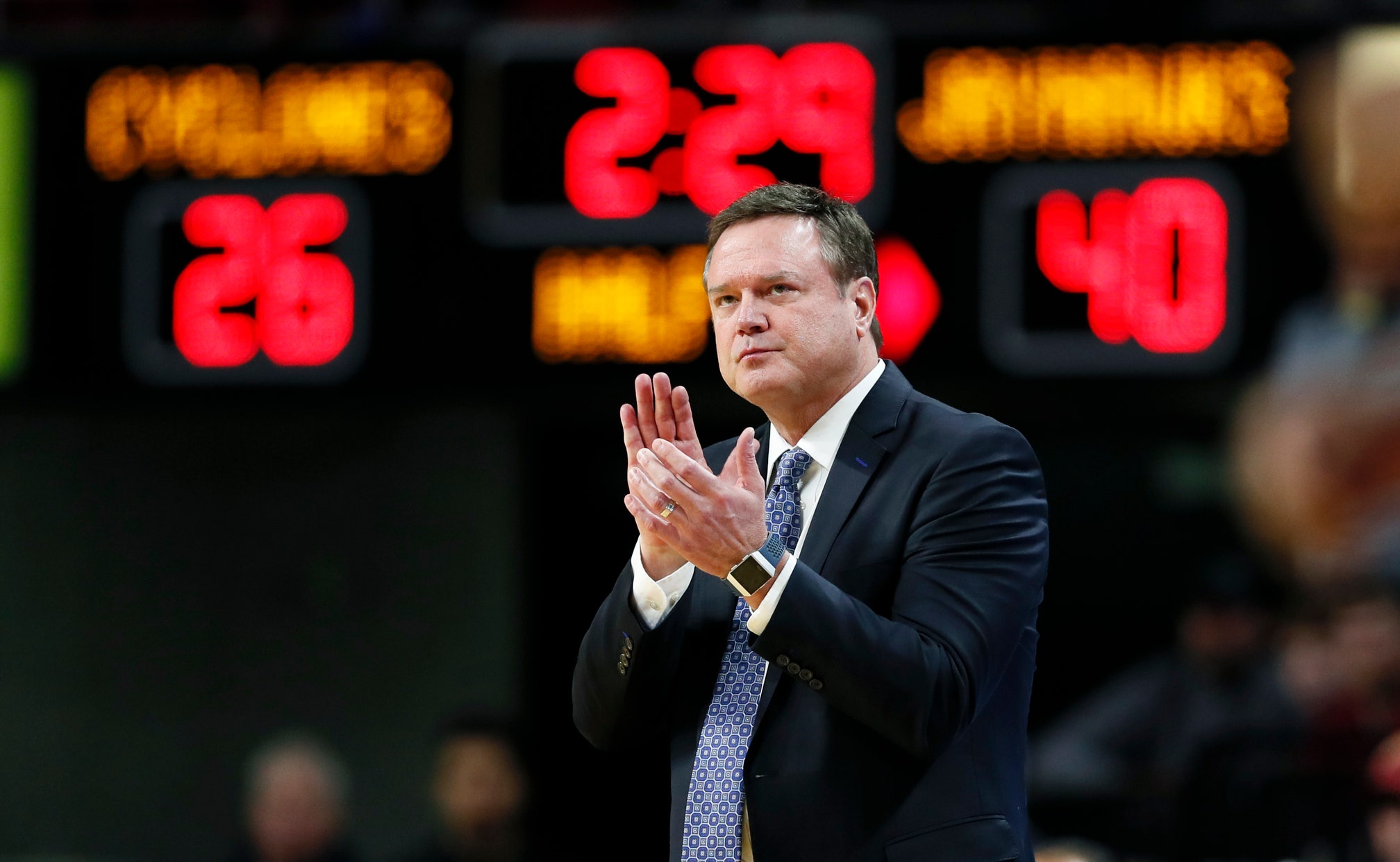 LAWRENCE, Kan. (AP) — The Big 12 heads into its second week of conference play, and a high-profile matchup between third-ranked Kansas and No. 4 Baylor on Saturday could set the stage for the rest of the season. Here are the things to know:

It's hard to find anything more tantalizing than the Bears' trip Saturday to Allen Fieldhouse, where they have never won in 17 tries. Baylor (12-1, 2-0) is coming off a slug-fest victory at No. 22 Texas Tech in which its defense came through down the stretch while the Jayhawks (12-2, 2-0) romped to an easy midweek win at Iowa State. Baylor has never beaten a top-five team in a true road game, dropping all 22 of them — many of them coming against the Jayhawks. The game should help set the stage for the rest of the conference race, especially given the two teams already appear to be setting themselves apart.

The other big matchup Saturday features No. 17 West Virginia, which bounced back from its loss at Kansas by beating Oklahoma State, taking on the Red Raiders. TCU will try to move to 3-0 in league play when the Cowboys come calling, while Oklahoma will attempt to do likewise against the struggling Cyclones. ... The biggest midweek games are Tuesday night, when the Jayhawks head to Okalhoma and the Horned Frogs visit West Virginia.

Baylor is the nation's only program with four wins against Top 25 teams (4-0). ... Six of Kansas State's seven losses this season have been by single digits, including their loss to TCU on Tuesday night. ... Texas forward Jericho Sims has three straight games with a double-double after scoring 12 points and pulling down 15 rebounds against Oklahoma. ... West Virginia freshman Oscar Tshiebwe had 17 points and 17 rebounds at Kansas, then had 12 points and eight boards while leading the Mountaineers past Oklahoma State. ... The Cowboys' Lindy Waters had 12 points against West Virginia to surpass 1,000 for his career.

Iowa State's Tyrese Haliburton joined the Jayhawks' Udoka Azubuike and Devon Dotson on the Wooden Award midseason watch list. The list includes 25 players chosen by the Los Angeles Athletic Club for one of the most prestigious awards in college basketball. Dotson leads the Big 12 in scoring 18.6 points per game and is fourth in assists, while Azubuike leads the nation in field-goal percentage (80). Haliburton averages 17.7 points and tops the league in assists at nearly eight per game and steals at 2.6.

Sixth-ranked Baylor romped to a 74-58 win over top-ranked Connecticut on Thursday night, snapping the Huskies' 98-game home winning streak. It was the worst defeat for UConn since a 23-point loss to LSU in the regional finals of the 2007 NCAA Tournament. Last season, the Lady Bears snapped the Huskies' 126-game regular-season winning streak. ... No. 19 West Virginia (12-1, 2-0) continued its roll with a 68-49 blowout of Kansas on Tuesday night. ... Iowa State's Ashley Joens scored 41 points in a win over Wright State last Sunday, one shy of the school record and three more than the rest of her team. She ranks fourth nationally at 23.6 points per game. ... Oklahoma State forward Natasha Mack became the second player since 2000 with 25-plus points, 20-plus rebounds and at least nine blocks in a the Cowgirls' win over Kansas. Her stat line of 25-20-9 was one block shy of the second triple-double in school history.