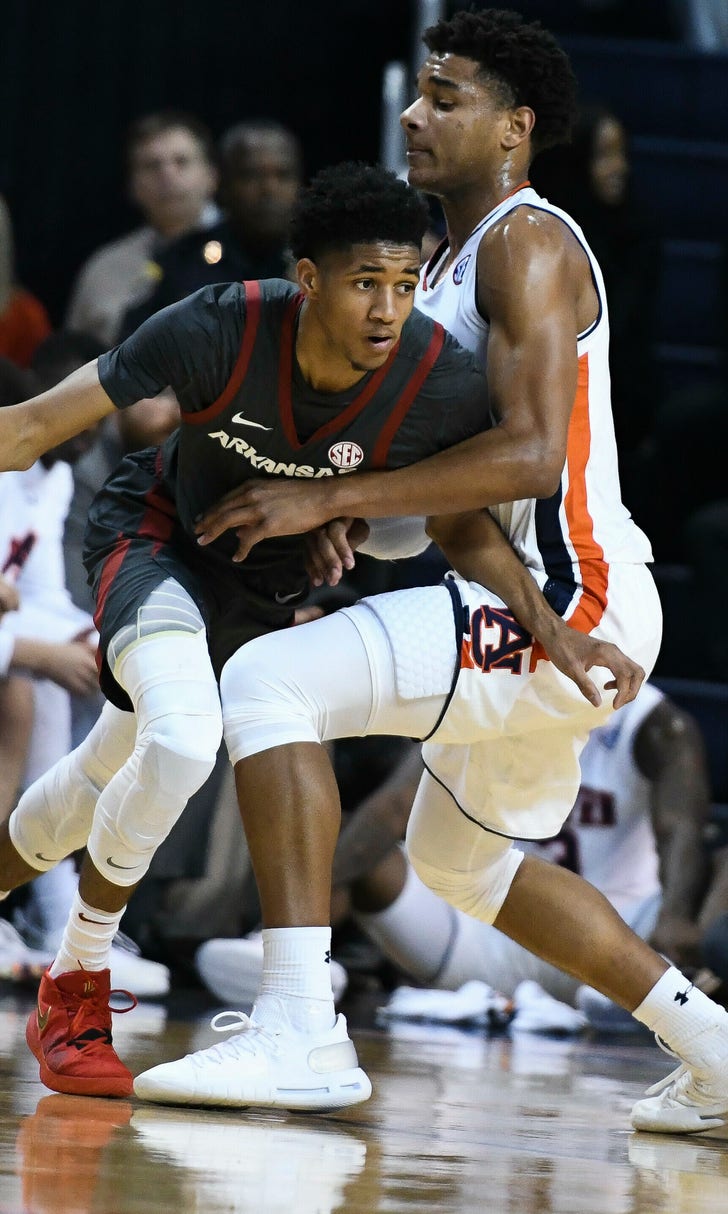 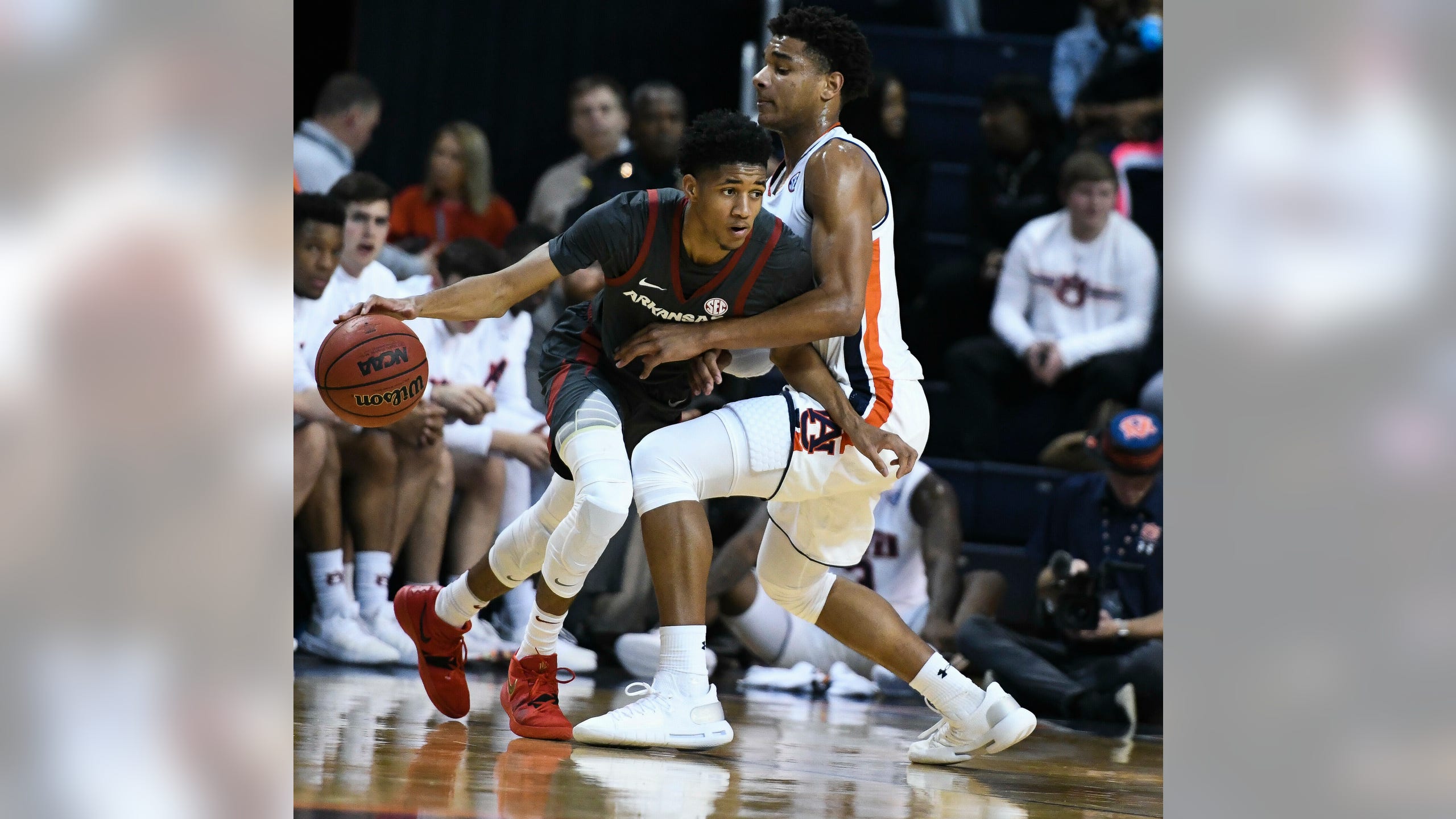 AUBURN, Ala. (AP) — The Auburn Tigers buried Arkansas under an early avalanche of 3-pointers, and the Razorbacks never came close to climbing out.

Bryce Brown scored 18 points and contributed five 3s to Auburn's long-range barrage in a 79-56 rout of the Razorbacks Wednesday night.

The Tigers (18-8, 7-6 Southeastern Conference) built a 30-point lead in the first half and made 17 of 33 3-pointers. It was the most 3s by Auburn since the opener against South Alabama.

"In the huddle, Jared came up to us and he was like, 'When was the last time we started out with a big opening run?'" Auburn's Anfernee McLemore said. "I was like, early in the season.

The Razorbacks (14-12, 5-8) dropped their fourth straight game and could never dig out of that 22-1 hole in the opening minutes.

The Tigers made six 3-pointers before Arkansas hit its first field goal after eight misses.

Auburn looked more like the team that spent six weeks in the Top 10 earlier this season.

"It was a pretty dominating effort against a good SEC team," Tigers coach Bruce Pearl said. "So something maybe to build on."

And another difficult blow for the Razorbacks.

Arkansas' Isaiah Joe launched freely in a battle of the SEC's two most prolific 3-point shooters, himself and Brown. Joe scored 14 points and made 4 of 14 3s.

"We know they're a terrific 3-point shooting team," Razorbacks coach Mike Anderson said. "They made 17 tonight. Our defense didn't do a good job of getting out there and finding their shooters.

"We know when they go on a run, they can really go off and they did tonight. And we couldn't make any shots."

The Razorbacks shot just 32.8 percent overall and were 4 of 26 from 3-point range.

Daniel Gafford had 10 points and eight rebounds for the Razorbacks, but one miss summed up how things went.

"He had a wide-open dunk and he misses the dunk," Anderson said. "That's the kind of night it was."

Arkansas: Never rebounded from a cold start when the team needed more than 7 minutes to make a basket. Also gave up a 23-1 run to Mississippi State in the last game. Mason Jones scored four points, 10 below his season average.

Auburn: Showed how dangerous the team can be when the 3-pointers are falling from a variety of shooters. Made a nice entry into the NCAA Tournament resume with a tough closing stretch looming.

"I looked at this game as kind of a game we had to have," Pearl said.

Malik Dunbar scored eight points for Auburn, all in the opening six minutes, in his first start of the season and fourth of his career. Samir Doughty was limited by a foot injury.

"I just tried to worry about defense," Dunbar said.

Arkansas goes for a season sweep of Texas A&M at home Saturday night.