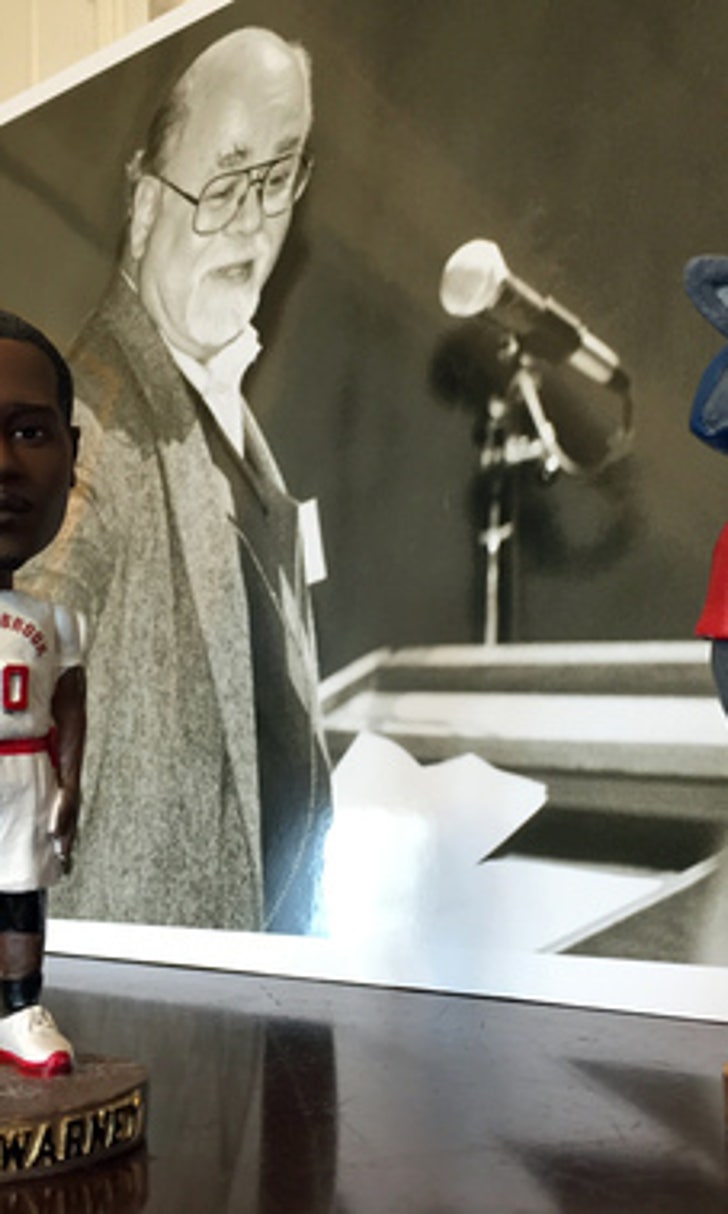 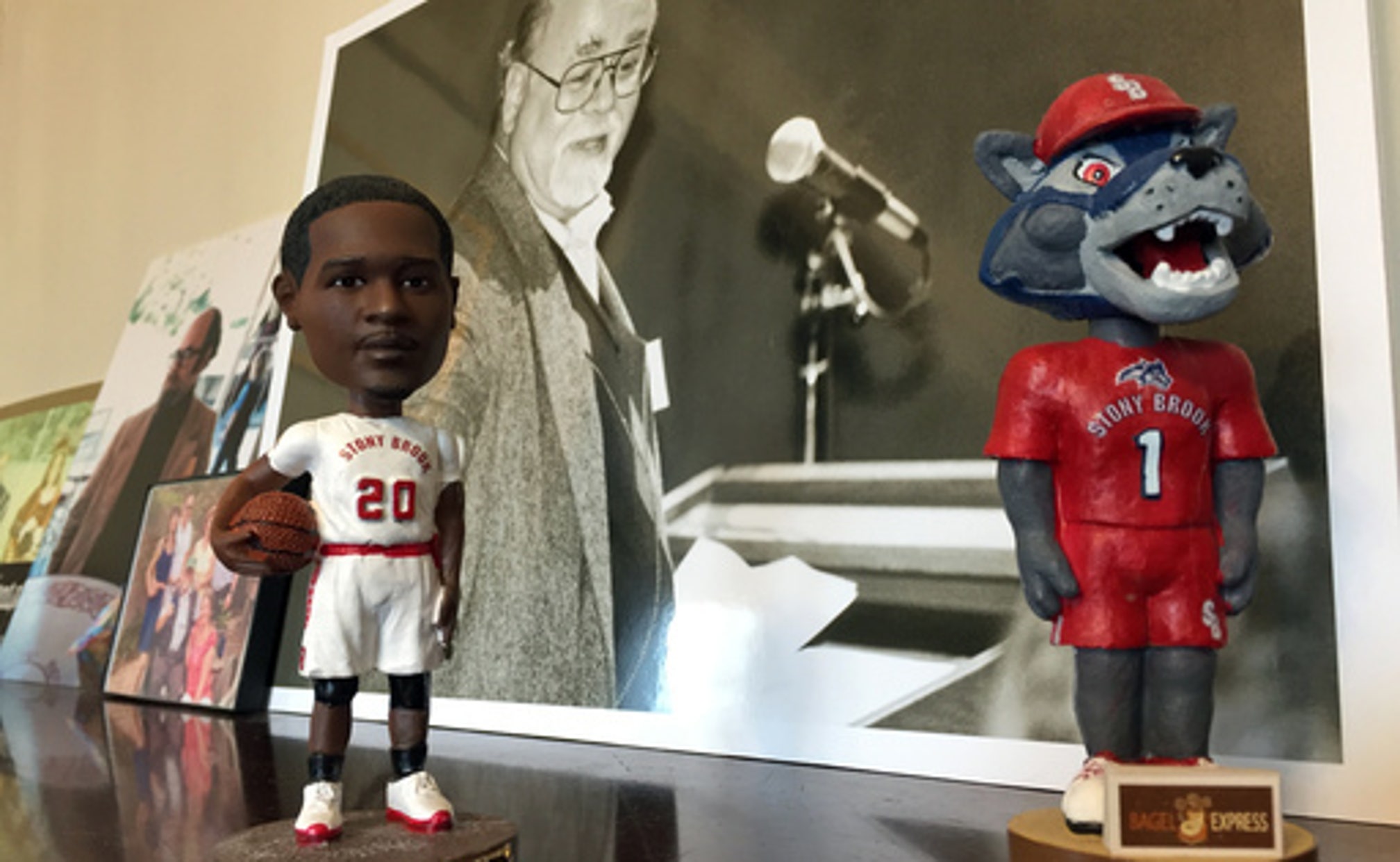 At Stony Brook, team and fan help each other cope with loss 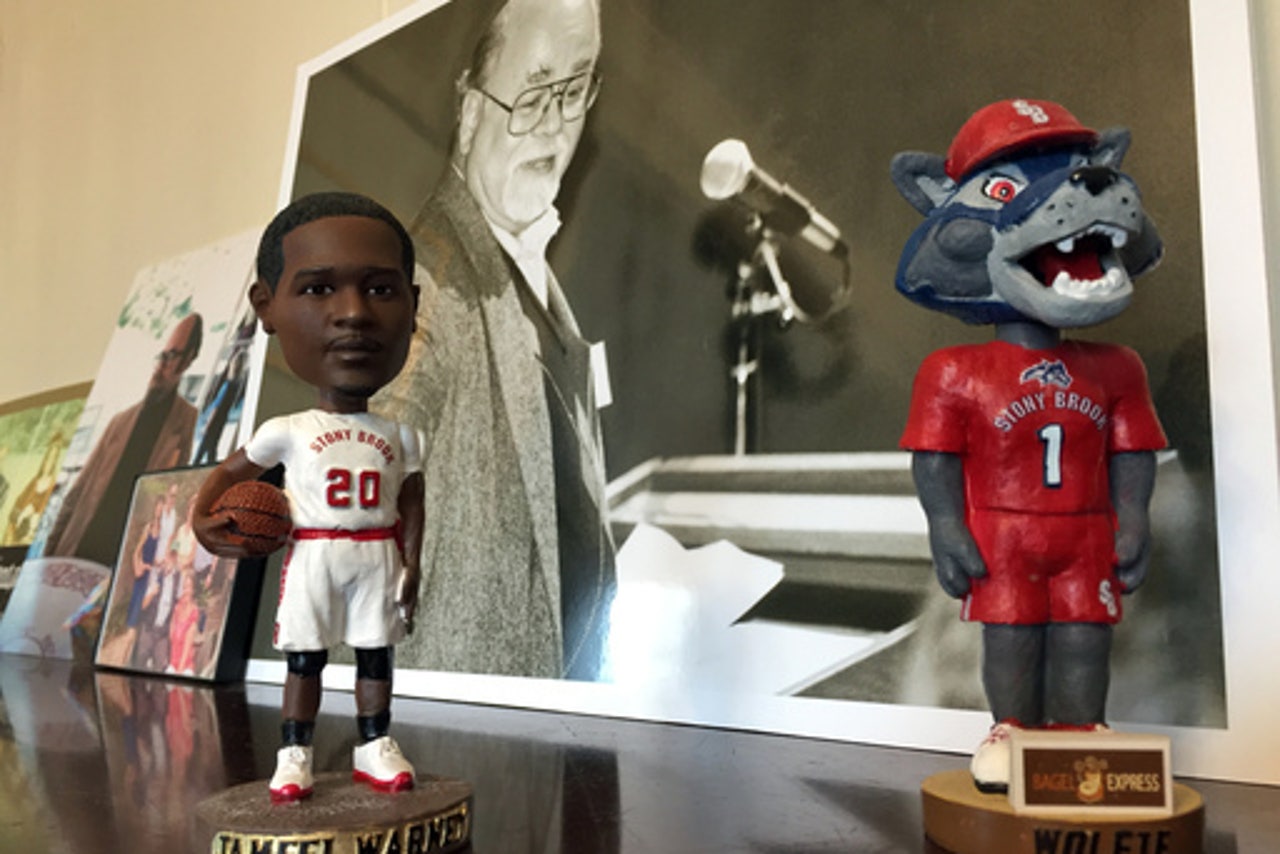 PORT JEFFERSON, N.Y. (AP) There were one, maybe two, home basketball games at Stony Brook that Richard Solo missed in the past four seasons, even as he coped with cancer treatment.

He was confident this would be the Seawolves' year.

And so, the man who spent 53 years on campus as a chemistry professor, administrator, mentor and fan told two Stony Brook players just that a few weeks before the season started.

''He was talking to us about how long he's been a fan of the Stony Brook program and how much this season was going to mean to him and how he felt that we've got a really good chance of making history this year,'' Stony Brook senior Rayshaun McGrew said.

Solo was right, but he was not around to see it. He died from colon cancer on Nov. 27 at the age of 79, the day before the Seawolves' first home game.

Last Saturday, after coming up one victory short four times in the last five years, Stony Brook secured a spot in the NCAA Tournament for the first time by beating Vermont in the America East championship game on its home floor in Long Island.

His wife, Naomi Solo, was in her usual spot for the game, wearing her husband's scarf and hat. Their daughter, Julie, was watching online from her home in Durham, North Carolina, nervous as could be and rapid-fire texting with Mom.

''I started sobbing when they won,'' said Julie Solo, the youngest of the Solos' three children. ''It felt like validation that dad was there, helping them.''

The Seawolves, seeded No. 13 in the East Region, will play mighty Kentucky in the first round of the tournament on Thursday night in Des Moines, Iowa.

Naomi Solo says the small things the team did for her husband - a get-well card signed by the all the players, McGrew and guard Carson Puriefoy taking 15 minutes to chat with him on campus last fall, the way coach Steve Pikiell checked on him at games - meant so much.

''I think the basketball really emotionally helped Dick,'' she said. ''There were plusses. Nothing bigger than Julie and the boys, but the basketball was something that he really had a strong emotional connection to.''

Richard Solo, a native of Brookline, Massachusetts, and a MIT graduate, moved to Suffolk County in 1962 with his wife to be among the first faculty to work at Stony Brook's current location. Even back when basketball was just an intramural sport, he and Naomi were there to support it. They watched the little school become a thriving university.

Since 2004, enrollment has jumped 17 percent at Stony Brook to more than 25,000. Big investments in athletics have paid off in its most high-profile sports. The Seawolves' baseball team played in the College World Series in 2012. The football team reached the FCS playoffs in 2011 and `12. Still, Stony Brook has held on to its tight-knit feel.

That feeling was what helped draw McGrew to Stony Brook from Chicago, and it helped him get through his own recent tragedy. On Dec. 5, a week after Richard Solo died, McGrew's mother, Ineater, died of breast cancer. McGrew found out hours before the Seawolves were to play Princeton. He stayed and played, scoring 18 points in a victory.

''A lot of the season-ticket holders and fans wrote me letters, sent their condolences to me. Tweeted me. Tweeted me their numbers and told me that if I needed to talk about anything that they was there for me,'' he said.

Among them was Naomi Solo, who wrote McGrew a letter.

''I thought that it was wonderful that he loved her and that he was able to praise her while she was alive and that she took some much pride in him. That that was the force that would keep him going is that her tremendous pride helped to make him the player he was,'' she said.

The note was, in part, a thank you for what McGrew and Puriefoy did for her husband.

Last fall when the Solos were on campus picking up tickets, Dick stayed in the car, too weak to walk. A ticket office staffer spotted McGrew and Puriefoy walking to their dorms and called them over.

''And they just bounced over, and they spent about 15 minutes talking to him and I kind of backed away and let the three of them talk and they talked basketball and courses and they were wonderful and warm,'' Naomi Solo said. ''And they didn't have to. They could have said, ''Hi, we're on our way to the dorm,' and just go. But that wasn't the way they were.''

That short conversation had an impact on McGrew, too.

''A guy as sick as he was he found ways to come out and support us and give us energy to try and win basketball games,'' McGrew said.

When the Seawolves and their fans gathered together Sunday to find out Stony Brook's NCAA destination, Naomi Solo sought out McGrew. The spunky 5-foot-2 septuagenarian grabbed the 6-7, 230-pound forward and gave him a big hug and told him that Richard didn't make it through the season.

''We talked and she said he's looking down on us and he's probably proud and how much this would have meant to him if he was here,'' McGrew said. ''And I was just letting here know if she ever needed anything, she knows where to find me.''