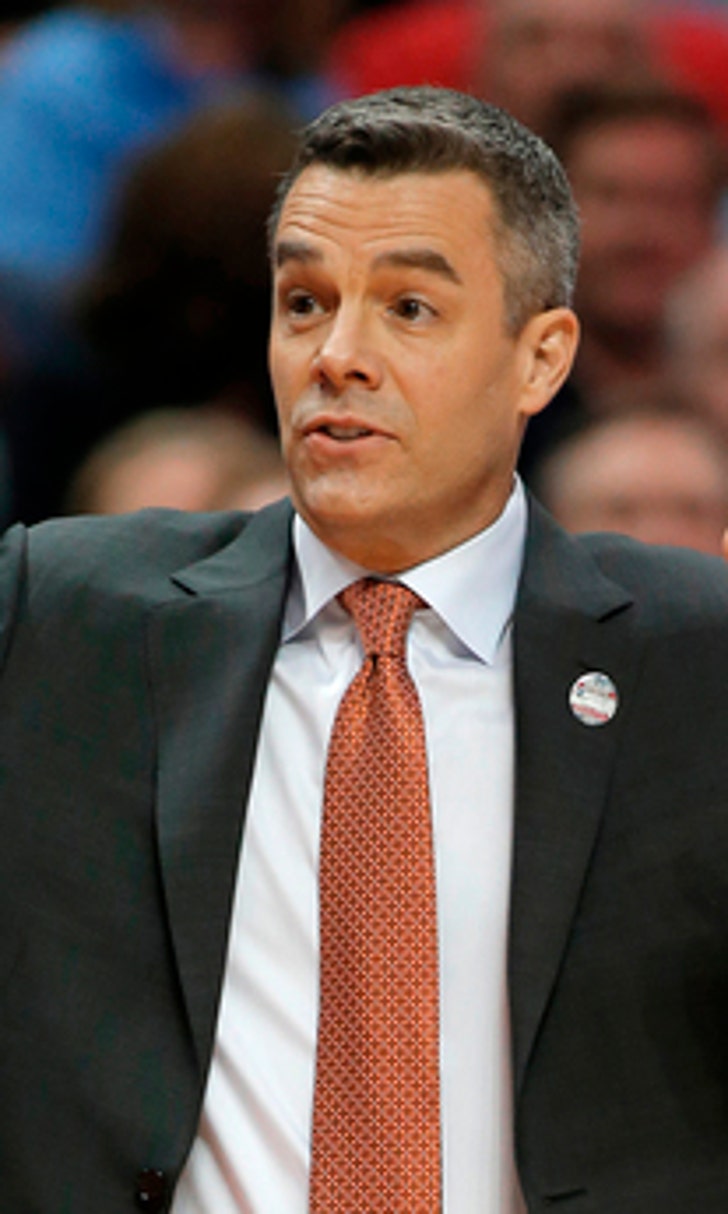 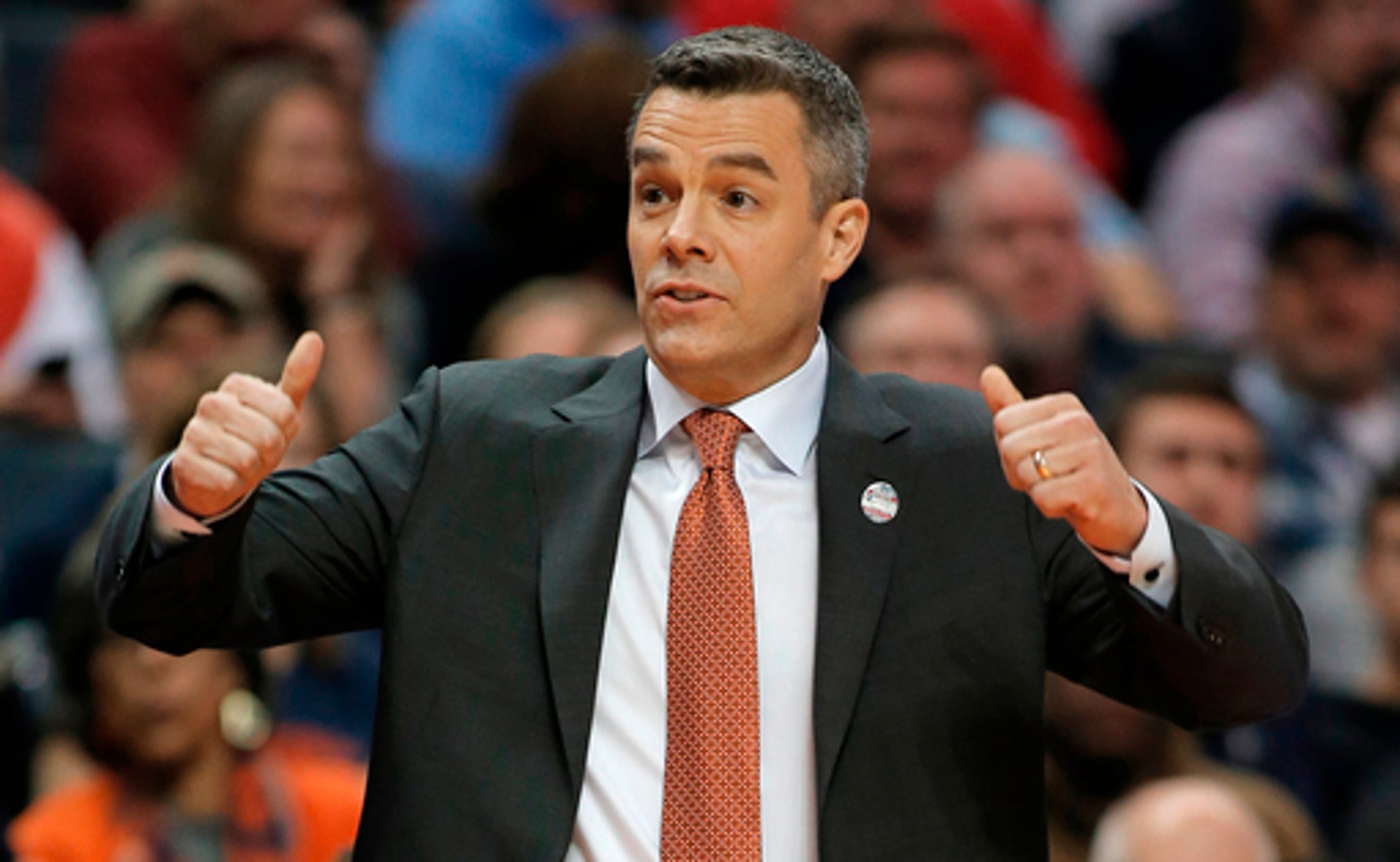 SAN ANTONIO (AP) Virginia coach Tony Bennett had hoped to be here this weekend with a No. 1 seed preparing to play his team's first Final Four in 34 years.

Instead, he found himself trying to reconcile a terrific four-plus months - good enough to bring him here to collect the trophy as The Associated Press men's college basketball coach of the year - with the fact the Cavaliers fell to UMBC to become the first No. 1 seed to lose to a 16-seed in NCAA Tournament history.

Dealing with the weight of that history, he figures, is part of coaching a team with no games left to play.

''They experienced things a lot of guys don't,'' Bennett said in an interview with the AP. ''That kind of success? Oh my gosh. And then that kind of loss? ... But again, their body of work deserves to be celebrated.

''And then so much of what society looks at - it begs the question - is it just about how you do in March? Or is it about the whole thing? It's a fair debate (on) what matters. But I told them: I wouldn't trade this team for anything. Even the experiences, as hard as they are, this is part of the process.''

Bennett had largely kept a low profile in the roughly two weeks since being praised by many for his class and composure following the season-ending loss. He spoke with the AP ahead of receiving the coaching honor for a season in which his Cavaliers set a program record for wins, dominated the Atlantic Coast Conference and reached No. 1 in the AP Top 25 for the first time since the Ralph Sampson era.

And yet, the 48-year-old coach knows the focus will remain on a loss sure to live on in March Madness lore.

While Bennett is reviewing what adjustments to make, it's clear he won't waver from his foundation. That includes the ''five pillars'' philosophy (humility, thankfulness, passion, unity and servanthood) that built the Cavaliers into a contender and the big-picture perspective he leans on to move forward.

''We all know, you live long enough, there will be worse things that happen to all of us, and there will be greater things than championships,'' Bennett said. ''And that's, I think, the greatest truth they can know. As a teacher and as a coach, I believe those things and I share those things with them.''

In Bennett's ninth season, the Cavaliers (31-3) went from being picked to finish sixth in the ACC to winning the regular-season race by four games - the first to win the ACC by that wide a margin since 2000. It then won the ACC Tournament to complete a 20-1 run against league opponents and earned the No. 1 overall NCAA seed.

Yet it ended with a 74-54 loss to UMBC without injured ACC sixth man of the year De'Andre Hunter.

Bennett said he has told his players they have ''an unbelievable captive audience'' waiting to see how they handle it.

''I said how you respond to this will matter to your mom and dads, to your brothers, your sisters, your friends,'' Bennett said. ''If they see that you're not fake about it, that yeah, of course you're going to be discouraged and down after a loss like that, but that you're OK. You can live with it.

''I said: you don't know the power that that's going to have in their life and in your life.''

Bennett said he appreciated other coaches offering support, which included Syracuse Hall of Famer Jim Boeheim noting: ''If I could hire a coach in this country and I could get Tony Bennett, there would be nobody in second place.''

Predictably, the UMBC loss hovered over Thursday's AP trophy presentation. And with the roughly 3-foot trophy sitting on the table next to him, Bennett - who earned 50 of 65 votes from AP Top 25 writers with ballots submitted before the start of the NCAA Tournament - answered everything in the same matter-of-fact fashion.

''The sun did come up the next day,'' Bennett said at one point.

And he's prepared to stumble a few more times on the way to reaching his goals.

''You better have something beyond the opinion of man or just how you feel, because this stuff is fleeting,'' Bennett told the AP.

''So that's where obviously my faith is everything to me. You hear people talk about their faith in the lord and the relationship with the people that they care about, their family and their trusted friends. Those things stand the test of time. And that's what you have to draw from. And then you move on.''