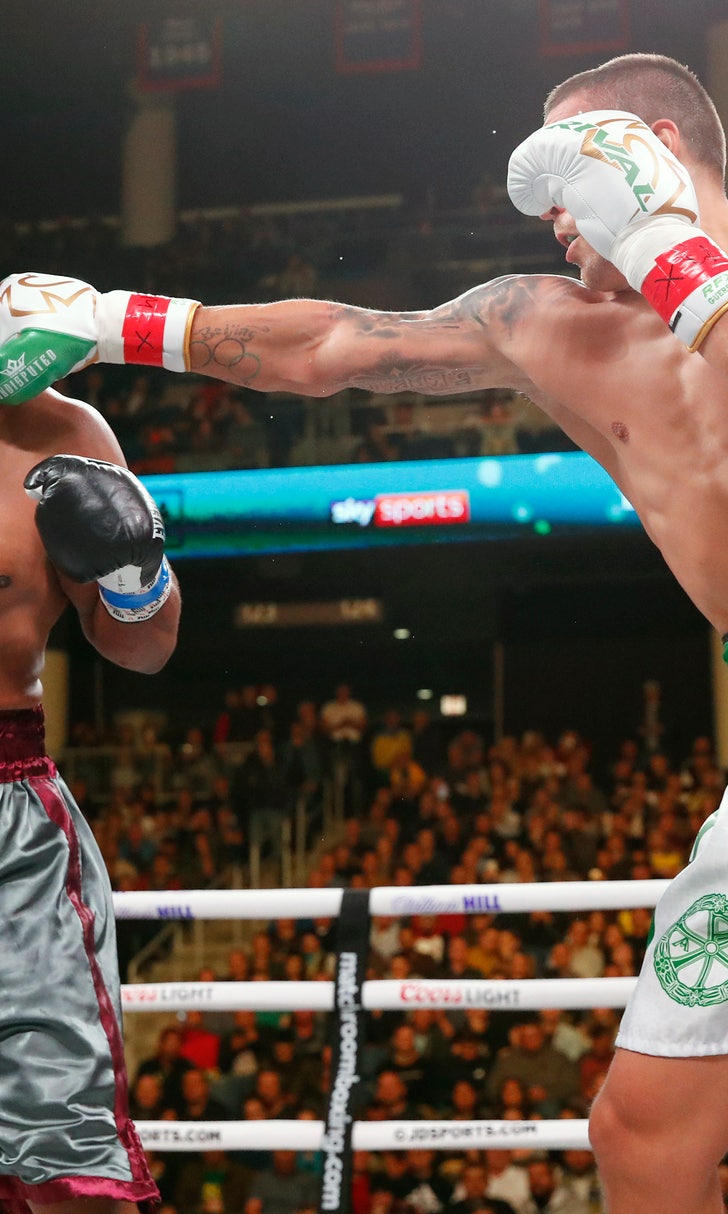 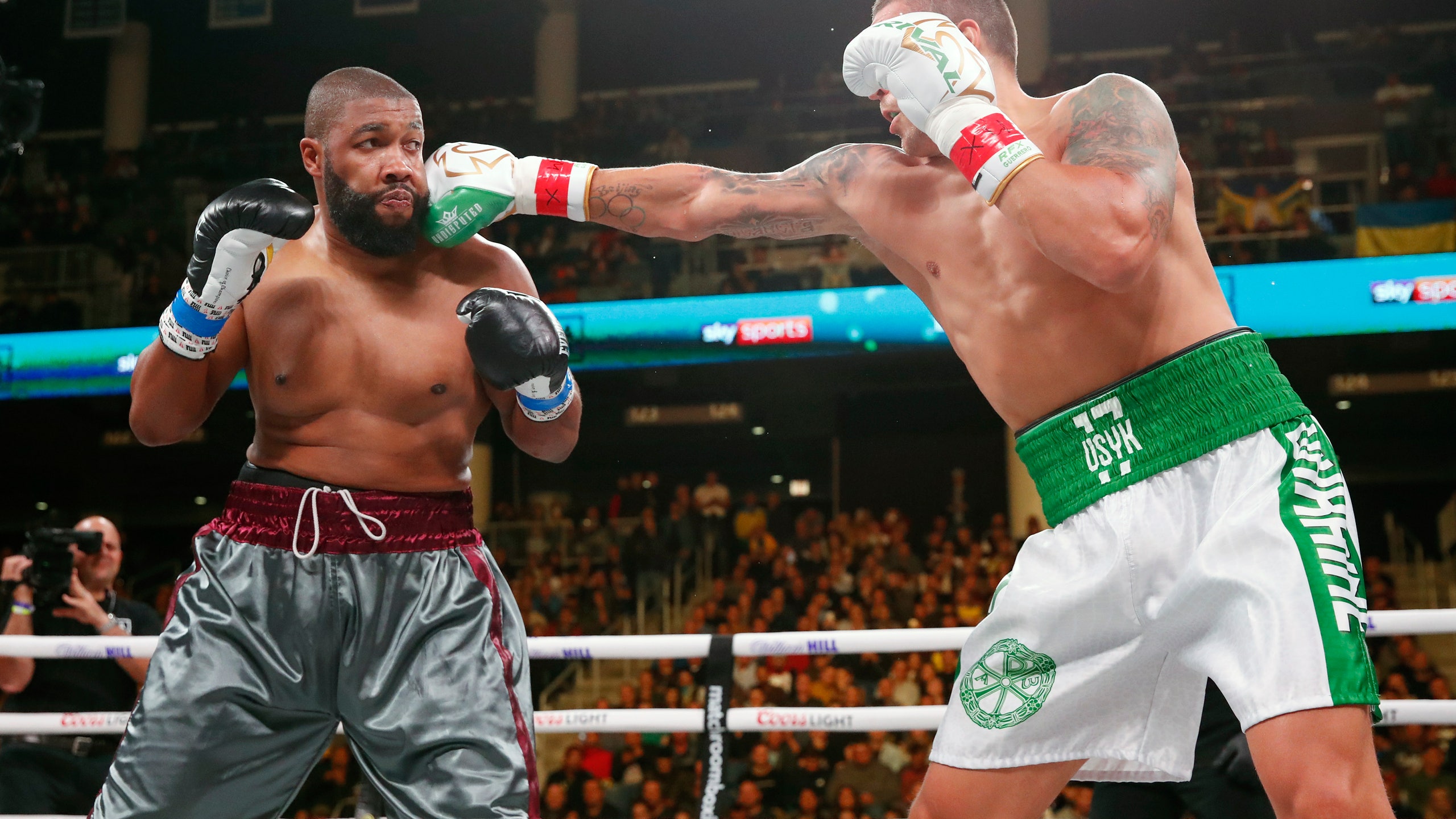 CHICAGO (AP) — Oleksandr Usyk did everything in his heavyweight debut with the exception of knocking down Chazz Witherspoon.

Usyk dominated, earning a technical knockout win over Witherspoon in the seventh round on Saturday night.

In his highly anticipated pro debut, Usyk (17-0) showed his dominance over Witherspoon in the third round, teeing off with an array of jabs. Usyk landed a series of combinations in the fourth.

Witherspoon spent most of the second half of the sixth round leaning on the ropes as Usyk had his way.

Witherspoon (38-4) showed a strong chin, never going down, but his corner saw enough and stopped the fight after the seventh round.

Usyk had no regrets about not putting Witherspoon on the canvas.

"I did what my trainer told me to do. I just follow their orders and that was to box. And I did box, but if I had the opportunity, I would take that opportunity," Usyk said.

After dominating the cruiserweight division, Usyk expects to jump into title fight contention.

Usyk is the WBO's mandatory challenger for the winner of the Andy Ruiz Jr.-Anthony Joshua rematch on December 7.

The 2012 heavyweight gold medalist took the Wintrust Arena by storm. Usyk may have been fighting in the United States, but he had the majority of the crowd behind him while the Ukranian flag was prominent throughout the arena and the crowd loudly chanted his name.

The 32-year old Ukranian was originally supposed to make his heavyweight debut on May 25 against Carlos Takam, but a torn right biceps injury for Usyk derailed the scheduled bout.

Witherspoon was simply outclassed by Usyk, who came in at a heavy 242 pounds after accepting the fight this week. He replaced Tyrone Spong, who failed a drug test.

On the main card, Jessica McCaskill (8-2), fighting out of Chicago, defended her WBC and WBA World super-lightweight titles in a rematch against Erica Farias (26-4). The judges had it at 94-94, 97-91, 96-92 in favor of the champ. After a slow first round, McCaskill picked up the tempo and controlled the bout.

Dmitry Bivol (17-0) defended his WBA super world lightweight heavyweight title with a unanimous win over Lenin Castillo (20-3-1). Bivol knocked down Castillo in the sixth round, but that was the only highlight for the fans, who booed Bivol after the fight during his post fight interview in the ring.

"Maybe there are people who say, 'You are a boring fighter,' or something like this. But I try to win and I won," Bivol said. "Who wants to fight me? Who wants to try to beat me?"

In the undercard, Patrick Day was taken to a hospital after getting viciously knocked out in the 10th round by Charles Conwell.

The 27-year-old Day, from Freeport, New York, was instantly knocked out and it wasn't clear if he regained consciousness. He was treated by a doctor in the ring and then was rushed off on a stretcher by paramedics and transported to the hospital.

Later, DAZN reported Day never regained consciousness and began having seizures when he entered the ambulance and he was using a breathing tube at the hospital.

Day was knocked down twice earlier in the fight.

Eddie Hearn, managing director of the promoter, Matchroom Boxing, said he didn't have enough information to pass along and that he felt as though Day's family and manager, Lou DiBella, would want to make their own statements.