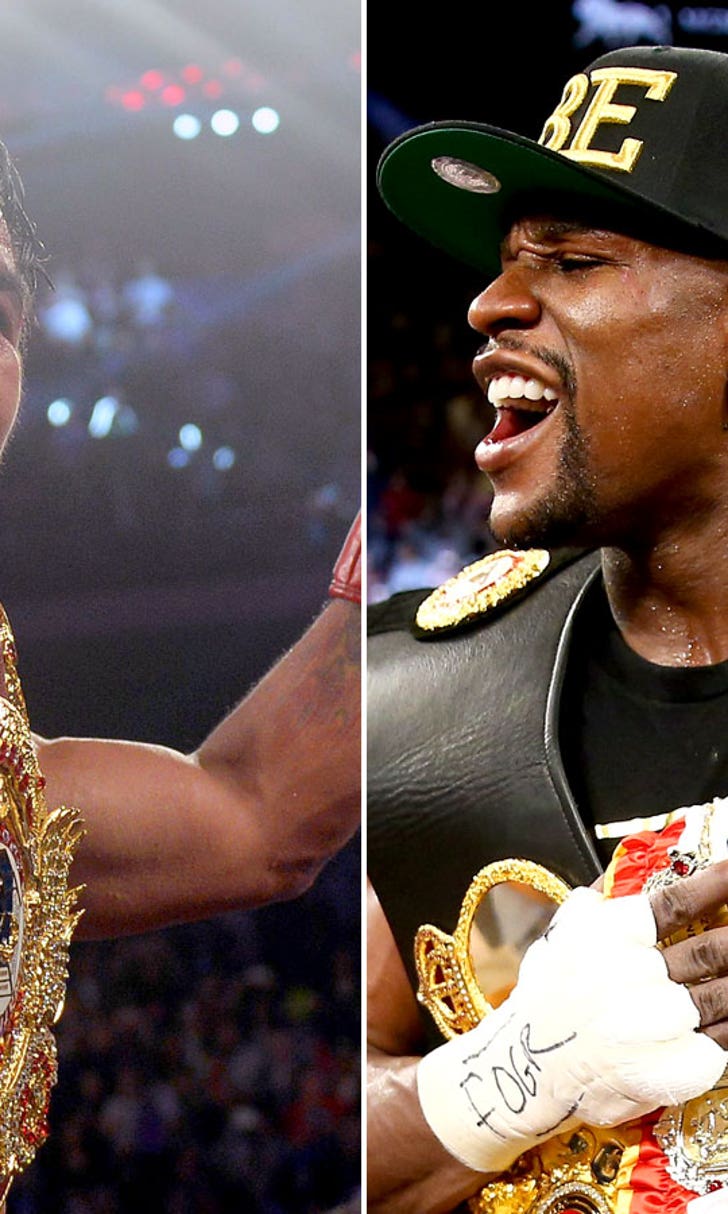 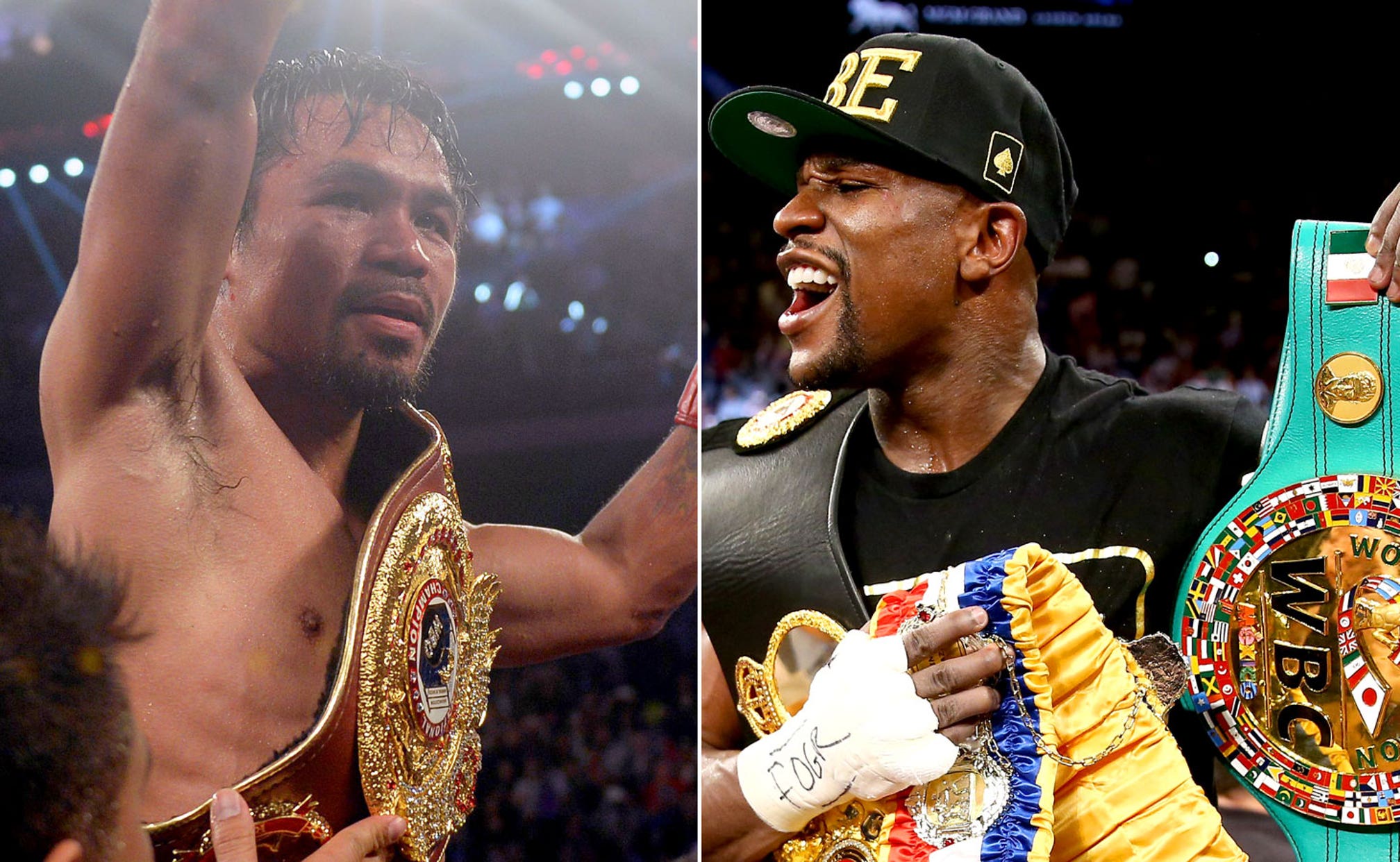 Pacquiao has Algieri next, but Floyd's the fight 'fans want in their hearts' 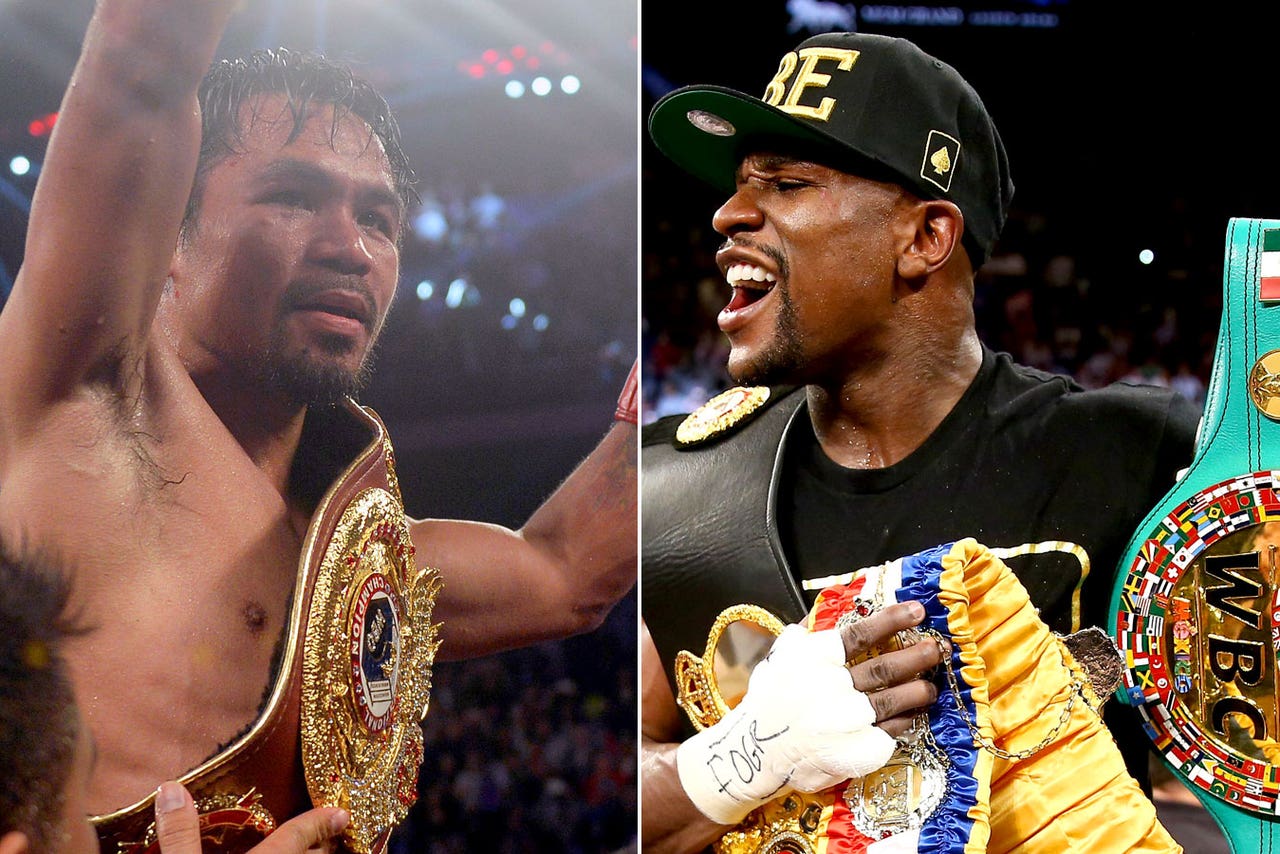 Even as Manny Pacquiao prepares for undefeated junior welterweight champion Chris Algieri, the name Floyd Mayweather is never far away.

Pacquiao will defend his WBO welterweight crown on No. 22 in Macau, the 64th bout of a career that includes titles in eight divisions. None of those has been against the undefeated Mayweather.

Pacquiao told The Associated Press on Friday that a matchup with Mayweather "is the fight fans want in their hearts" and that he is always ready to step into the ring with Mayweather. The Filipino star and congressman could be closer to such a fight because promoter Bob Arum says the two cable TV networks involved, HBO and Showtime, have reached an agreement to make it happen.

Now it's up to Mayweather to agree, Arum says.

"If that fight happens, fine," the 35-year-old Pacquiao said. "If not, fine -- what I have done in my boxing career already has satisfied me. What I will be disappointed if that does not happen is because that is what the fans want. My concern is the concern of the fans, and the fans want that fight."

While Arum said positive steps have been taken in the direction of a Pacquiao-Mayweather bout, he is leery about Mayweather giving approval. After all, the fight hasn't happened over a span of about a decade.

"Floyd is scared to lose the zero," Arum said of Mayweather's 46-0 record. "Believe me, if he lost the zero, he'd be on the plane (the next day) to make the fight, no question."

Pacquiao isn't and won't think about that potentially huge payday, particularly with an opponent such as Algieri ahead of him. Algieri, from Huntington, New York, is hardly the stereotypical pugilist. He holds a master's degree in clinical nutrition, and aspires to attend medical school. He's also a terrific boxer with a 20-0 record and eight knockouts.

That is not in the realm of Pacquiao's 56 wins, 38 by knockouts, and standing as one of the great fighters of his era. But it's strong enough to impress Pacman.

"He is undefeated and a world champion," Pacquiao said, adding with a sly smile, "I love to fight undefeated guys. I want them to experience that first (defeat)."

Algieri won his belt in June by beating powerful Ruslan Provodnikov. That was almost a home bout, held in Brooklyn, about one hour's drive from Algieri's Long Island hometown.

This one is in Macau, and he can't wait to show his stuff there, especially against Pacquiao.

"I grew up looking up to other fighters," the 30-year-old Algieri said, mentioning specifically Oscar De La Hoya -- who was stopped by Pacquiao in eight rounds in 2008. " Manny is a classy champion, a gentleman and a warrior. I kind of walk in those shoes. Professionals who show class as has Manny are a testament to the sport."

A victory would catapult Algieri to the elite level of the sport. A win for Pacquiao would further distance him from losses to Timothy Bradley and Juan Marquez in 2012.

Pacquiao won a decision over Brandon Rios in Macau in 2013, then avenged the loss to Bradley with a unanimous decision last April.

What keeps Pacquiao going in the ring? Considering all of his other ventures, from politics to entrepreneurship to dabbling in basketball -- the Philippines' most popular sport, he said -- why note walk away with his health?

"I continue because boxing is my passion," he said. "You can see it in my face every time I fight. You see I am smiling when I walk into the ring. It's that excitement."