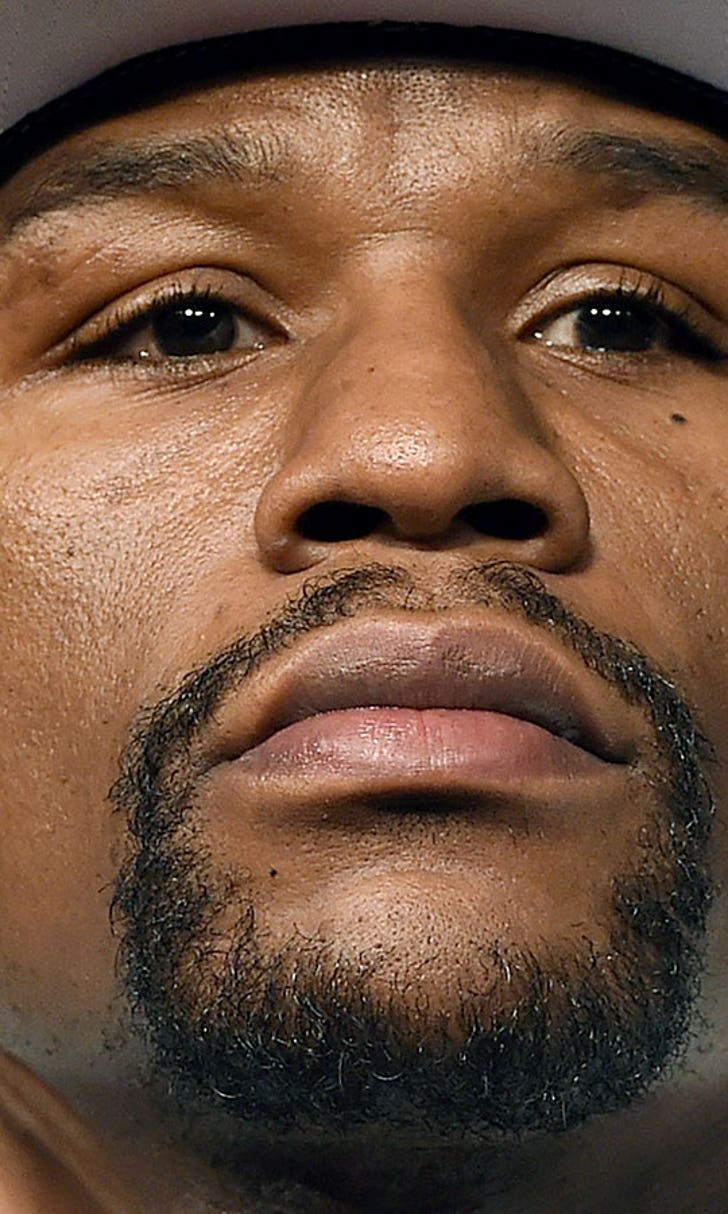 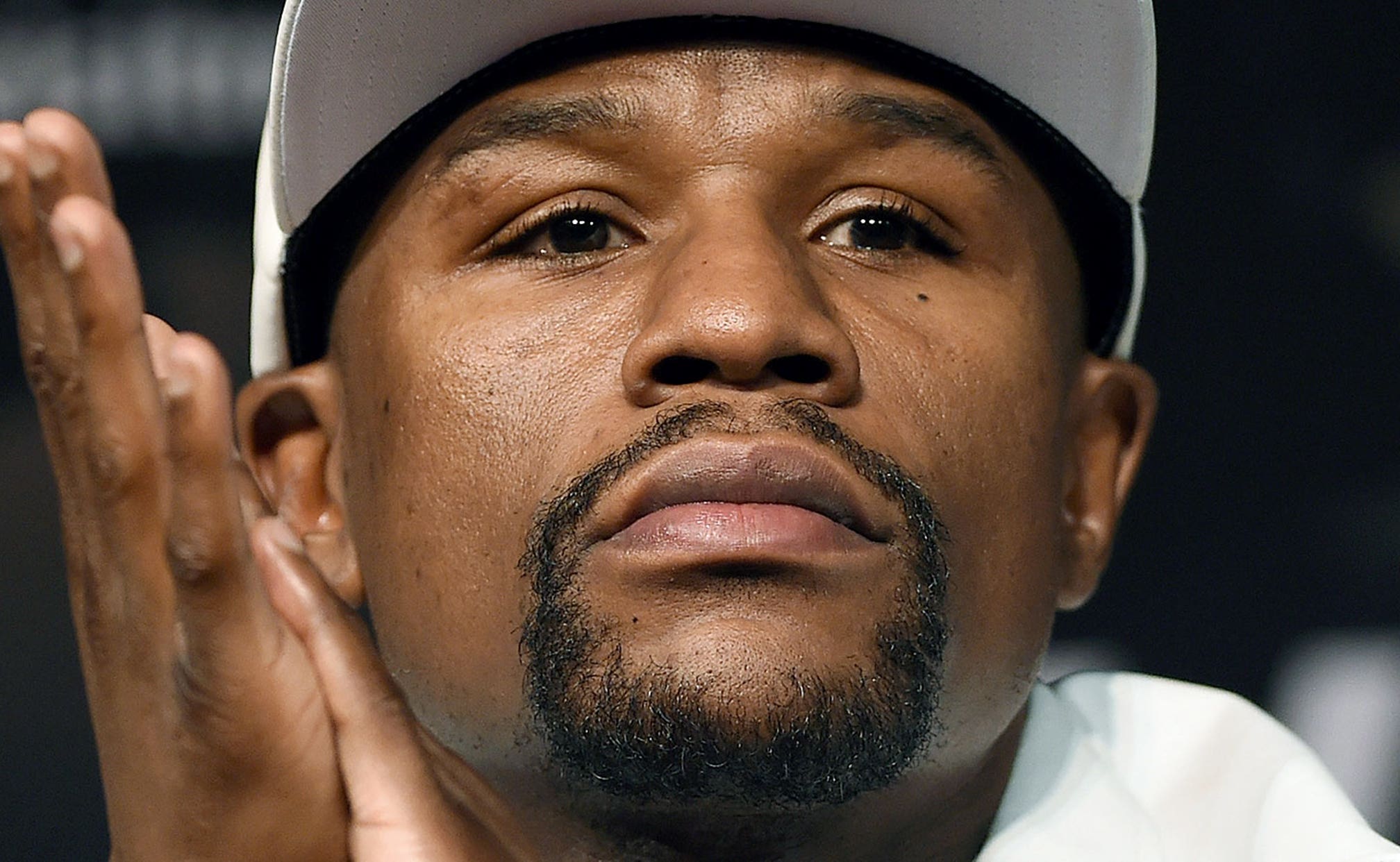 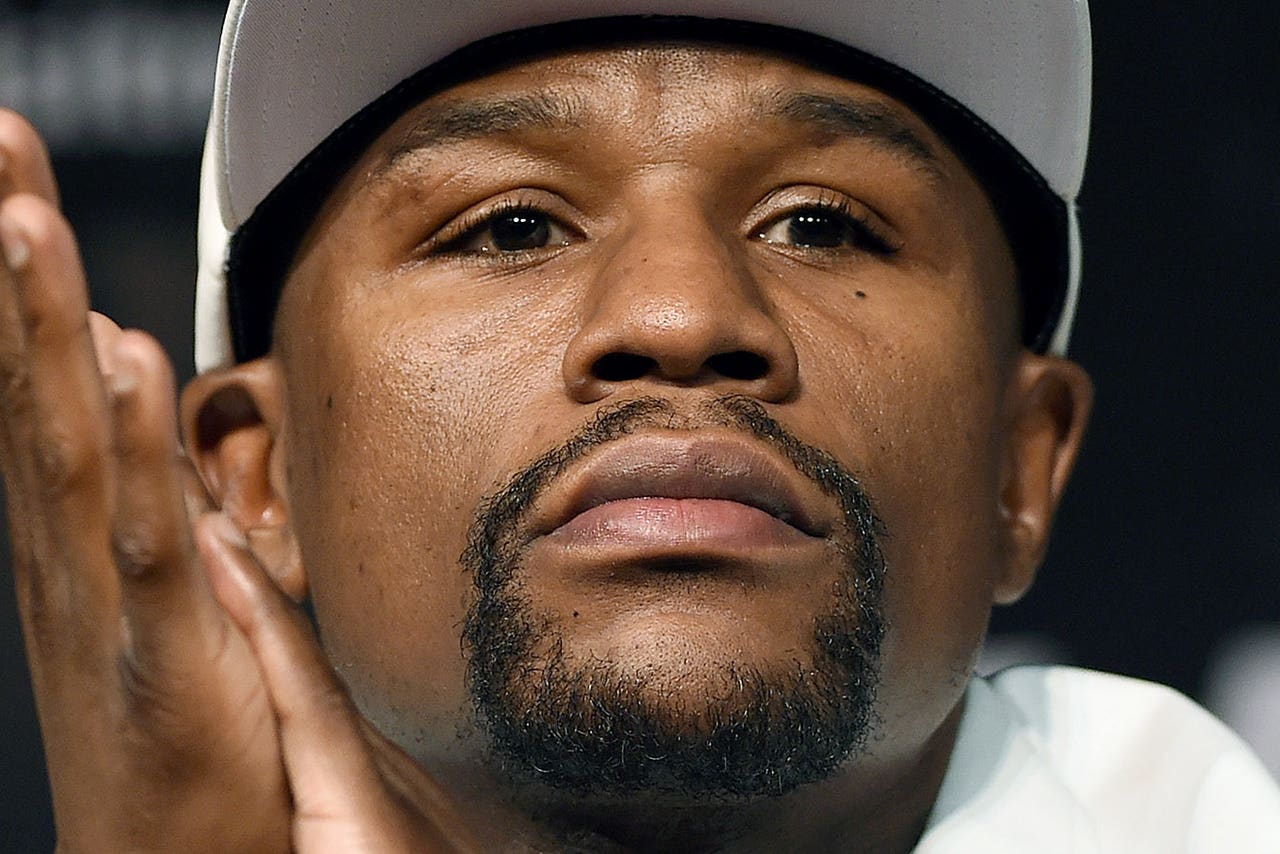 It didn't start out as the best of weeks for Floyd Mayweather Jr.

His former fiancee had just served him with papers in a lawsuit that alleges Mayweather is both a domestic abuser and an insensitive lout. Rapper 50 Cent was openly mocking him online for not being able to read simple sentences, offering Mayweather $750,000 to read a page from a Harry Potter book.

And that was before he even opened his mouth up about Ray Rice.

Apologies aren't usually offered during fight week, but Mayweather was forced to issue one after seeming to express sympathy to Rice for punching his then-girlfriend in a casino elevator. The issue is a delicate one for Mayweather, who served two months in jail in 2012 for a plea to reduced charges in an assault against his former girlfriend in front of their children.

He questioned why anyone was even asking him about it, though Mayweather has never been shy about expressing his opinions on everything from the state of rap music to his relationship with Donald Sterling.

''My name is always brought up with a situation,'' Mayweather said. ''I apologize. But I don't worry about it. To me, it's like this - if this is boxing, you should be asking me about me and Maidana. You shouldn't be asking me about football. I'm not even an NFL player. I'm a boxer.''

Mayweather's profession will be on display Saturday night, and he can only hope his week ends up being better after his second fight in just four months with Marcos Maidana. Odds are it will, if he can finish off the Argentine who gave him a bad time in May and add another $30 million or so to his already bulging bank accounts.

Distractions aside, these should be good times for the 37-year-old boxer, who will go after win No. 47 in a rematch with Maidana that will cost viewers $74.95 to air into their homes.

But there were cracks in the facade even before Shantel Jackson filed her civil lawsuit, and before Mayweather got caught in controversies over his reading ability and domestic abuse.

He was cut and temporarily blinded in the fourth round of his first fight with Maidana, which was supposed to be an easy payday following his megafight with Canelo Alvarez. When it was over, Mayweather had a majority decision but his face was bruised and bloodied as if he had been in the kind of ring war he has taken pains to avoid during his 18-year pro career.

Worse yet, the fight reportedly sold poorly, threatening Mayweather's reputation as the pay-per-view king. The Showtime network has refused to release figures, but most industry estimates are that it did less than 1 million buys, prompting Showtime to experiment this time around to increase sales by moving the fight forward an hour.

If Mayweather is worried about any of it, he doesn't show it. He was, after all, the highest paid athlete in the world in the last year, raking in $72 million in two fights. As proof, he made sure to post the checks online in response to 50 Cent taunting him about his reading.

But even if the first fight with Maidana was an aberration and Mayweather's skills aren't slipping, he clearly has the finish line of his career in focus. Mayweather said this week he will finish out his contract with Showtime by fighting two more times next year before hanging the gloves up for good.

Most in boxing, though, don't believe he will pass up a chance to get to 50-0 and break the mark held by the late Rocky Marciano. Mayweather himself said he changes his mind about his career depending on how he feels that day.

''I contradict myself all the time,'' he said.

Mayweather, who is a 6-1 favorite, said he thought he won nine of the 12 rounds in the first fight, despite one judge scoring it even. He complained about Maidana's rough tactics, but said he rose to the challenge by dominating the last half.

''I know how to make adjustments instantly - it's second nature,'' Mayweather said. ''I'm faster this camp, a lot stronger. We'll see what he brings to the table.''