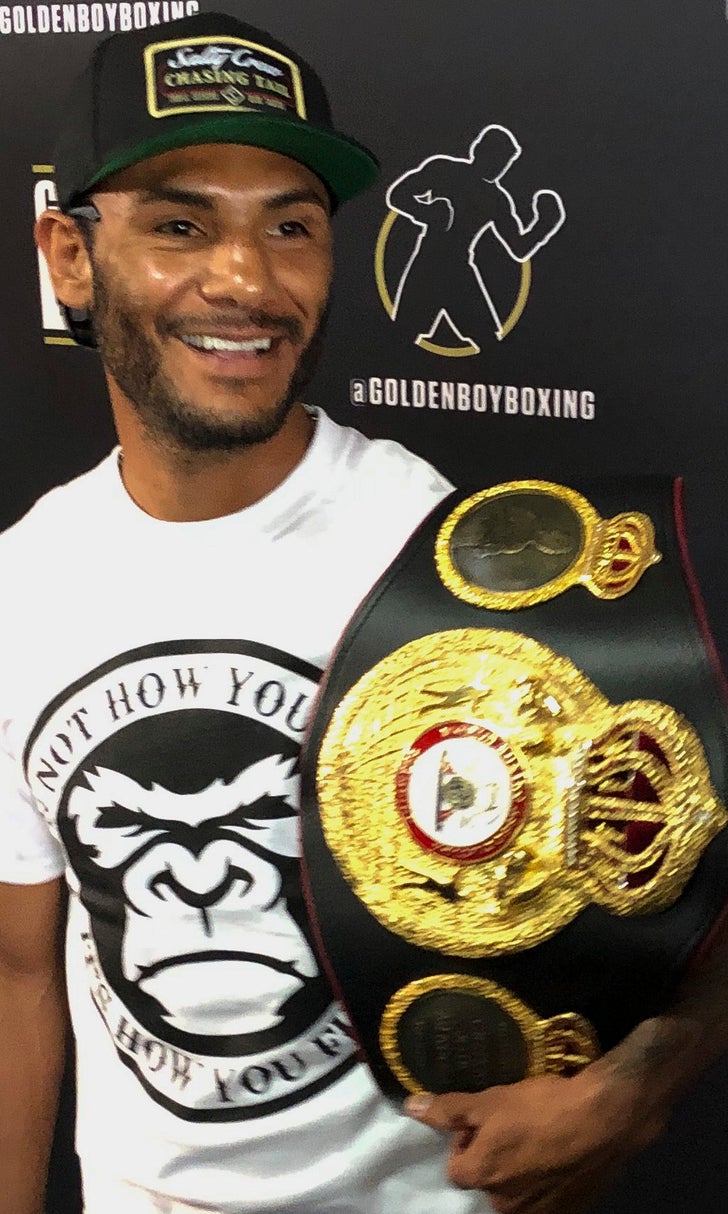 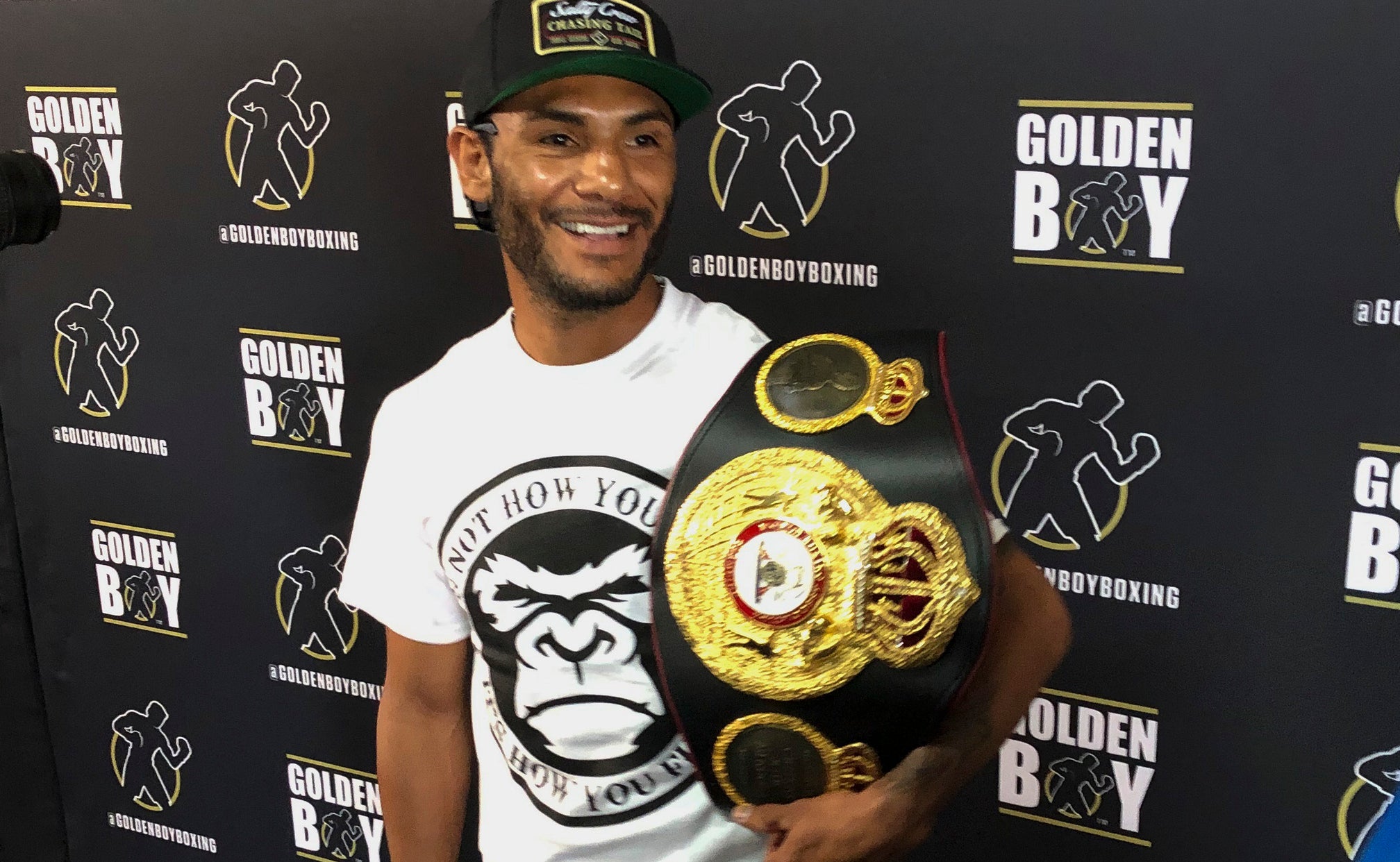 previous story
The Ex-Rays: Tampa Bay gets OK from MLB to explore Montreal
next story
Chile misses crucial penalty in 2-0 win over Thailand

LOS ANGELES (AP) — Andrew Cancio gets up around 4 a.m. every weekday and goes for a pre-dawn run near his home in Oxnard. He drives 30 minutes to Simi Valley, changes into his uniform and starts his shift as a technician for the Southern California Gas Company at 6:30 a.m.

Cancio finishes work at 3 p.m., unless he gets overtime. The WBA's 130-pound champion then drives 30 minutes back to Oxnard and goes straight to the gym for a grueling 2½-hour training session.

"The days go by real quick," Cancio said with a laugh on Tuesday.

A boxing champ with a full-time day job is a rare thing in the 21st century. Even in a sport without teams, unions and health insurance, nearly all elite fighters are devoted fully to their training, particularly in the weeks before a championship bout.

But three years after he nearly quit the sport for good, Cancio is determined to provide for his family while he fights on.

Cancio (20-4-2, 15 KOs) didn't quit the gas company after he won his belt by stopping Alberto Machado in February, and he plans to keep up his grueling 16-hour days of training and gas leak repairs after the rematch on Friday at Fantasy Springs Casino in Indio, California, outside Palm Springs. The card will be broadcast on DAZN.

"It's something that I have to do," Cancio said. "I didn't get the big signing bonus. I haven't got the big paydays yet. I've had to work my whole life. Hopefully we just continue to win, and then maybe I'll get the bigger paydays."

Cancio's $125,000 check for the rematch is a career best. He still worked for the gas company all last week and again Monday before taking vacation days for the rest of this week.

Cancio stunned the sport when he got up from a first-round knockdown and eventually stopped Machado (21-1), the rangy Puerto Rican talent who struggled to make the super featherweight limit. Cancio knocked down Machado three times with brutal body punches in the fourth round.

If Cancio repeats his performance in the rematch, he will get bigger opportunities in a sport that loves an underdog hero. But it still might not be enough to persuade him to give up the steady income and health insurance provided by the gas company.

"That's hard to say," Cancio said. "I've been there when boxing wasn't working out and I didn't have no money. Getting paid every other Friday is pretty good to me, and I'm able to train for a world title. Is it tiring? Yes. But I can do both."

Cancio's wife also works for the gas company, and her shift starts at 3 p.m. Cancio picks up his 7-year-old son at the YMCA on his way home from work and brings him to the gym almost every day, giving him a little father-son time that would otherwise be impossible.

Joseph Janik, Cancio's veteran trainer in Oxnard, has worked with world champions before. He's never had a champ with as much on his plate as Cancio, who puts in a physical shift at work before he hits the gym every afternoon.

"Some days he comes in and he's been on the jackhammer for six hours, and he's beat," Janik said. "So we have to adjust the training. It's definitely not ideal. I'd much rather if he got up and had a latte, did some Pilates and some cryo(therapy) and then came to the gym. But he likes it. He likes the guys that he works with. I think it helps keep him focused, and he appreciates his moments in boxing even more."

Cancio actually quit boxing for 18 months after the only knockout loss of his career, and he trains with the hunger of a fighter with a renewed appreciation for his sport, Janik said.

Joseph Diaz stopped Cancio at the Dallas Cowboys' stadium in September 2016 on the undercard of a Canelo Alvarez fight, and Cancio felt a frustrating finality in that defeat. He didn't put on gloves again until 2018, when he only went to the gym to lose a little weight.

"My kids told me to get back in there, and it finally clicked," said Cancio, who also has a 10-year-old daughter.

His interest rekindled, Cancio won two fights before capitalizing on his unlikely title shot as a 12-to-1 underdog against Machado.

Cancio will have plenty of support for this desert rematch: He is from Blythe, California, a border outpost between Palm Springs and Phoenix. Dozens of his gas company co-workers are also making the lengthy drive from Ventura County for the bout.

And when the rematch is over, win or lose, Cancio plans to go back to his daily fight with the jackhammer.