Why ‘Baylor sucks’ is a big problem for Texas 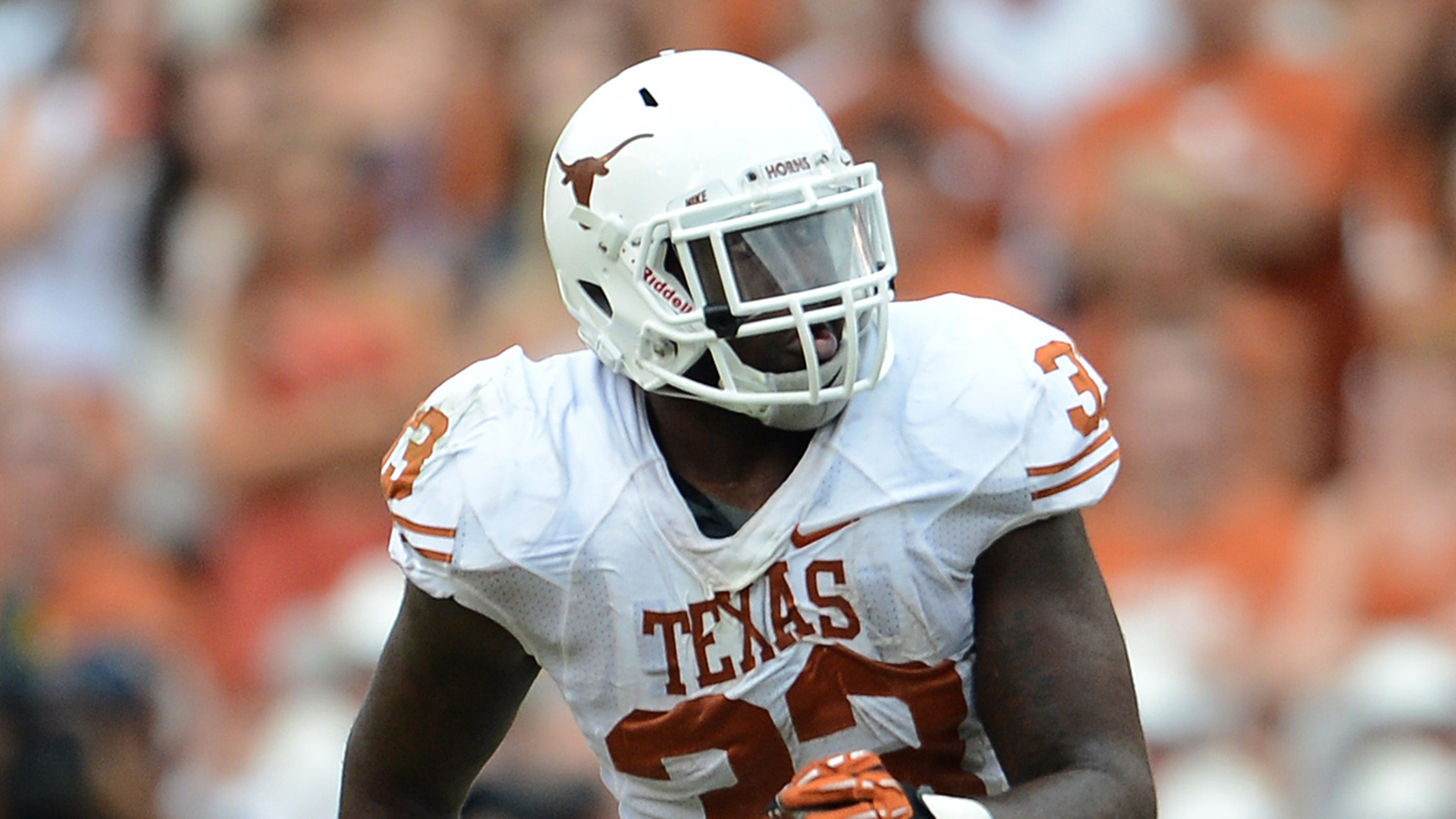 Texas defensive coordinator Vance Bedford likes to tell a story. It most often comes out when he glances down and sees a $200 pair of Nikes on his players’ feet.

Back in the 1960s, Converses were America’s must-have shoe. That included Bedford’s hometown of Beaumont, Texas. Converses–Chuck Taylors, to be specific–cost $12. Half a century ago, that was a lot more than it sounds like.

Bedford’s father, Leon, had $12. He also had no plans to spend $12 on a pair of Chuck Taylors for young Vance.

"You want to get those Chuck Taylors, you’re going to pay for them," his father told him.

So away Vance went, collecting aluminum cans and glass bottles until he had $12 saved up.

Anyone who has a similar story from their childhood knows those shoes felt a whole lot sweeter sliding onto Bedford’s feet than they would have if his father had splurged for the classic kicks.

Which brings us to last Saturday.

A lacerated liver kept Texas linebacker Steve Edmond from suiting up against Baylor in the 2013 season finale, but he watched the proceedings in Waco with fellow injured teammates David Ash, DeMarco Cobbs and Jordan Hicks at Hicks’ home.

The 30-10 Bears win left him in the same camp as American gymnast McKayla Maroney: Unimpressed.

Edmond sounds off on Baylor from Orangebloods.com on Vimeo.

"Baylor sucks," Edmond told reporters after Saturday’s spring game. "I don’t understand how we lost to Baylor. The defense was playing good but the offense just wasn’t scoring. Any team can get beat if the offense isn’t scoring and the defense shuts the other team down. Eventually you’re going to give up a point or something."

He was not finished.

"Even though I didn’t get a chance to play in the Baylor game, I really feel like we should have beat Baylor. I really don’t like Baylor. I still think they’re trash," he said.

He kept it going.

"I’m mad as I can be. I knew we were a better team than they were," he said. "Baylor gets the win and acts like they had never won before. Even in high school, you know how to react when you win a game. It’s not like you never won a game. I’m like, ‘They won it, so what?’ They still suck to me."

I’ll never knock anyone for speaking their mind, but Edmond offered us a reminder that non-PC and nonsense are not the same thing.

Edmond accomplished two things with his largely unprompted rant, which came after a question about Charlie Strong’s ability to turn the program around:

1) He infuriated Baylor, offering a gigantic chunk of extra motivation to a team capable of winning a Big 12 title for a second consecutive season.

Comments like Edmond’s only make Texas’ rebuilding job harder and enlarge the everpresent bulls-eye on any Longhorn player’s chest.

Reality: Texas and Baylor faced eight common opponents last season. Baylor’s margin of victory was greater (or margin of loss thinner) in six of those games.

One advantage for Texas was losing to Oklahoma State by just 25, whereas Baylor lost to the Cowboys by 32.

If Edmond wants to say Baylor was overrated, he’s still not helping himself, but at least then he wouldn’t sound like somebody who spent the last five years in his basement playing Vince Young’s 4th-and-6 scramble for the Roses on repeat on his VCR.

Baylor’s the same team who has beaten Texas in three of the last four seasons. Two of those wins, including last year’s, were by more than 20 points.

The times have changed.

The most troubling part for Texas is it’s doubtful the media was the first party to hear Edmond’s rant. It’s been a full four months since that loss, but he still sounds convinced that "Baylor sucks."

There wasn’t a teammate who could have kindly set him straight? If that’d happened, Edmond’s hypothesis likely doesn’t make it to print.

Edmond might be the only guy in Texas’ locker room with the poor judgment to say it, but the safe bet is the locker room is stocked with guys who hold similar beliefs.

The worst thing a team with a lot to prove can believe is that it has nothing to prove. Edmond seems to subscribe to that school of thought.

Reality: Texas has a whole lot to prove under Charlie Strong. Since that 2009 Big 12 title and BCS Championship Game loss, it has nothing to show for college football’s biggest budget and status as the nation’s lone school with its own 24-hour television network.

Teams obsessively trying to prove themselves don’t have problems putting in that extra set in the weight room or extra hour after practice for additional work with their position unit.

Reality: Bedford’s message about earning what you want hasn’t taken root for some on Texas’ team. It certainly hasn’t for Edmond, who sounds like somebody strutting around with his chest puffed out, wearing $200 Nikes Colt McCoy and Vince Young bought for him.

Every player on Texas’ roster ought to spend the offseason obsessed with proving the program is still a Big 12 kingpin.

Talking about it, like Edmond seemed all to eager to do on Saturday, only fuels Baylor’s chase for a repeat. The Bears are already good enough to win the Big 12 in 2014.

Of course, they should be able to handle it.