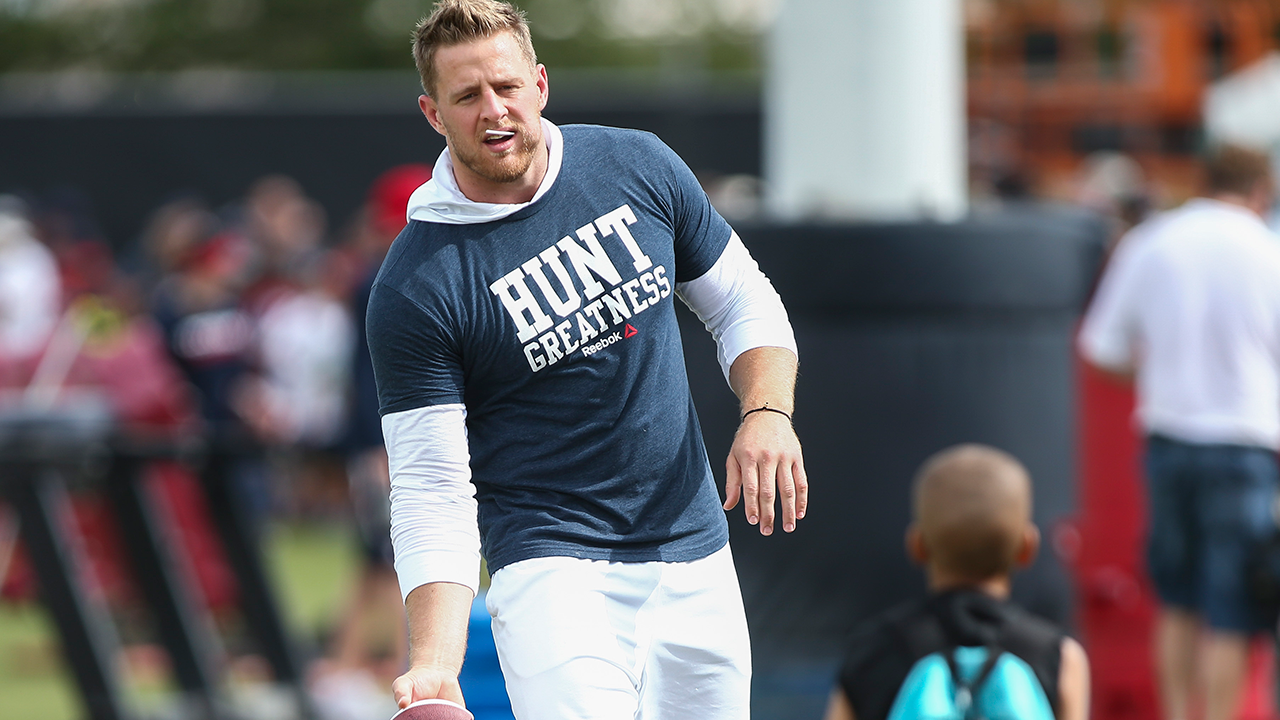 
J.J. Watt may not be able to practice after undergoing recent back surgery, but he’s still celebrating on the field during Texans training camp.

The Houston star defensive end was reunited on Sunday with one of his biggest sources of inspiration.

Watt met 8-year-old Jeston, who suffers from a rare heart disorder, in June to spent a day playing games and bringing joy to one of his biggest fans.

Although he’s still awaiting a heart transplant, Jeston returned the favor by coming out to Texans camp to lift Watt’s spirits during his recovery with a gift stating, "Surgery Sucks."

The first time we saw each other again.

Jeston is back! He's still waiting on a heart transplant, but he came out to training camp today and brought me a gift. It says "Surgery Sucks" and has photos on it from our first meeting. He is a truly special boy and we have developed a real friendship. Things like this go far beyond the football field. Despite everything that he's going through, he is one of the most positive and smiley people I've ever met. Very thankful that he has come into my life.

He told me to hold his waterbottle, so I asked if it was ok if I used his head as an armrest. He was cool with it. Mutually beneficial friendship haha