‘The Star in Frisco’ to be Cowboys’ new headquarters 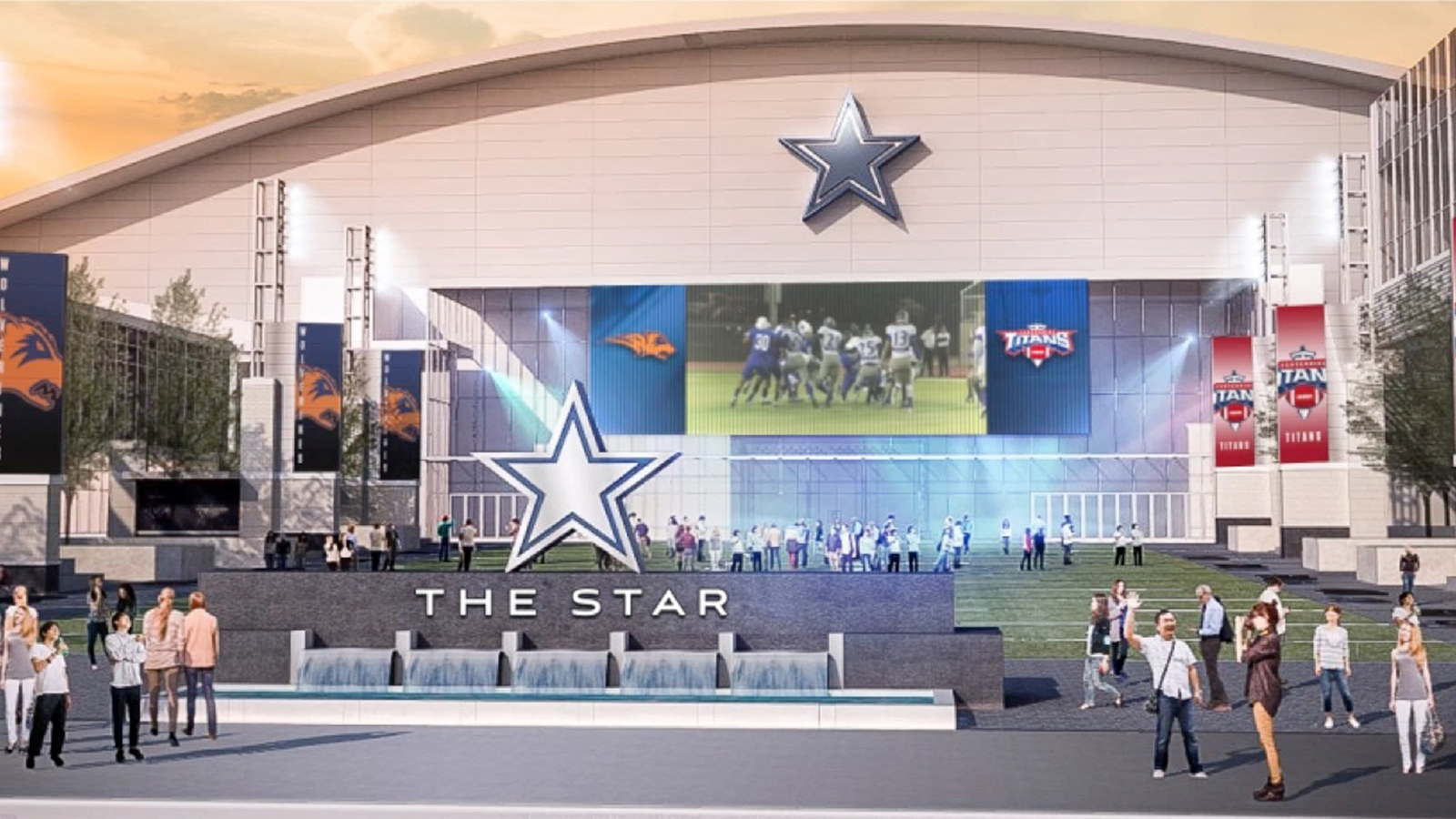 No, not the Death Star, although that remains a popular nickname for the $1.5 billion AT&T Stadium the Cowboys built in Arlington.

This time it’s The Star in Frisco, the new name unveiled Tuesday for the 91-acre team headquarters the team is building in the Dallas suburb.

However, the name is already being shortened to simply The Star, as it was in a video presentation for officials and media on AT&T Stadium’s enormous video screen.

"Not only North Texas, not only Texas, we want this country to know that when you have business, when you have an office, that when you’re going to practice with the Dallas Cowboys, what your destination is, you need to go to The Star," Jones said. "We want Al Michaels to refer to the Star."

The facility was announced in August of 2013 and broke ground a year later. It is expected to open in 2016 where it will house the Cowboys’ training facilities, offices and mixed-use office and retail space.

Included in the project is a 12,000 seat indoor practice facility that will double as an athletics facility for the Frisco school district. Connecting the Cowboys to youth sports and activities is part of Jones’ vision for The Star.

"Yes, it’s going to be the world headquarters. It’s going to be where we practice every day," Jones said. "But when that Romo comes off Friday afternoon’s practice, there’s a Frisco high school quarterback walking out there about five feet behind him. And he’s getting ready to start taking snaps in a Frisco high school football game on exactly the same place that Tony Romo just came from."

Rendering of the office space and practice field at The Star pic.twitter.com/Sb8jecFS0N

Rendering of The Star that will be located in @CityOfFriscoTx pic.twitter.com/C8R82XHIx3

The entry way to The Star preview center located at @ATTStadium pic.twitter.com/DWJYxxKOSS

The Star will also be the site of future Cowboys training camps, at least for part of the annual preseason buildup.

"Now it doesn’t mean we won’t go to training camp somewhere [else] for a week to 10 days," executive VP Stephen Jones said. "It’s in the agreement, this will be a big part of our training camp. It’s at least a week, but I see it being more."

The Cowboys have been at their current Valley Ranch facility since 1985.

The team has begun the process of identifying naming partners for both the team headquarters and the indoor stadium.

The Star puts the Cowboys farther away from Dallas proper as well as a longer distance from their stadium. The team originally played at the Cotton Bowl, used to practice in a Northeast Dallas neighborhood and housed its offices on North Central Expressway near downtown.

Valley Ranch is on the northwest edge of greater Dallas in Irving, which also was home to Texas Stadium.

The Star will be 30 minutes due north from Dallas along the Dallas North Tollway. It will also be 45 minutes from AT&T Stadium.

Both travel times are, of course, dependent upon light traffic on area tollways.