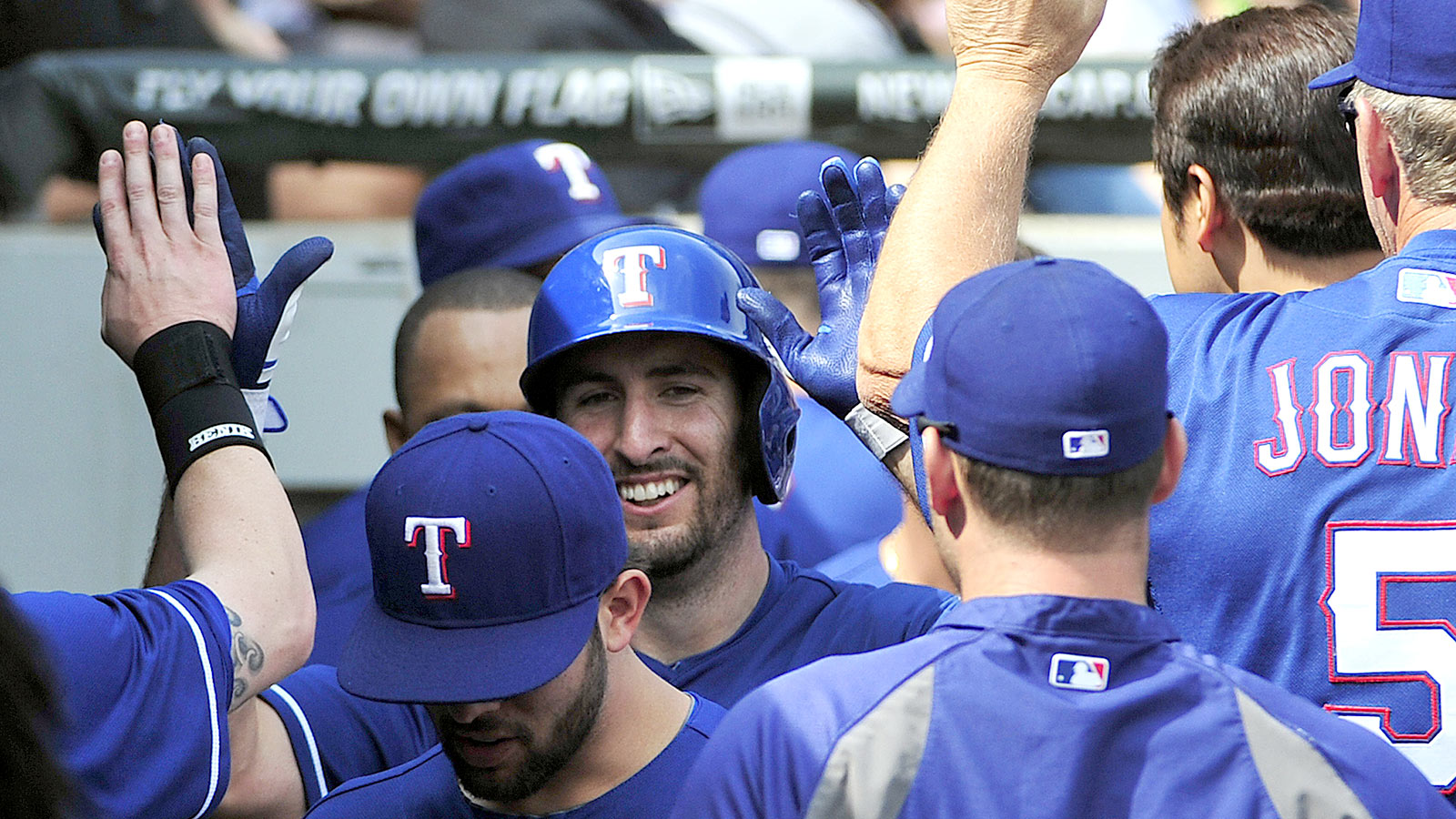 Adam Rosales, who started at five positions for the Texas Rangers over the final three months of the season, has agreed to a one-year deal with the club for 2015.

The utility man, who was a fixture in the starting lineup over the final month of the season, will make $900,000.

Rosales didn’t make his Texas debut until the end of June but ended up batting .262 in 56 games with the Rangers after coming up from Triple A. He was the team’s player of the month for August and ended the season with four homers and 19 RBI.

Rosales, 31, started at first base, second base, third base, shortstop and designated hitter for the Rangers.

To make room for Rosales on the 40-man roster the Rangers designated right-handed pitcher Matt West for assignment. West made three appearances for the Rangers last year. Texas has 10 days to trade, release or outright West to the minors.

Texas also signed right-hander Juan Carlos Oviedo to a minor-league deal that includes a spring-training invite. Oviedo, 33, made 33 appearances for Tampa Bay in 2014 and posted a 3.69 ERA before getting designated for assignment at the end of July. He has 93 saves in his major-league career and has pitched for Kansas City, Miami and Tampa Bay.