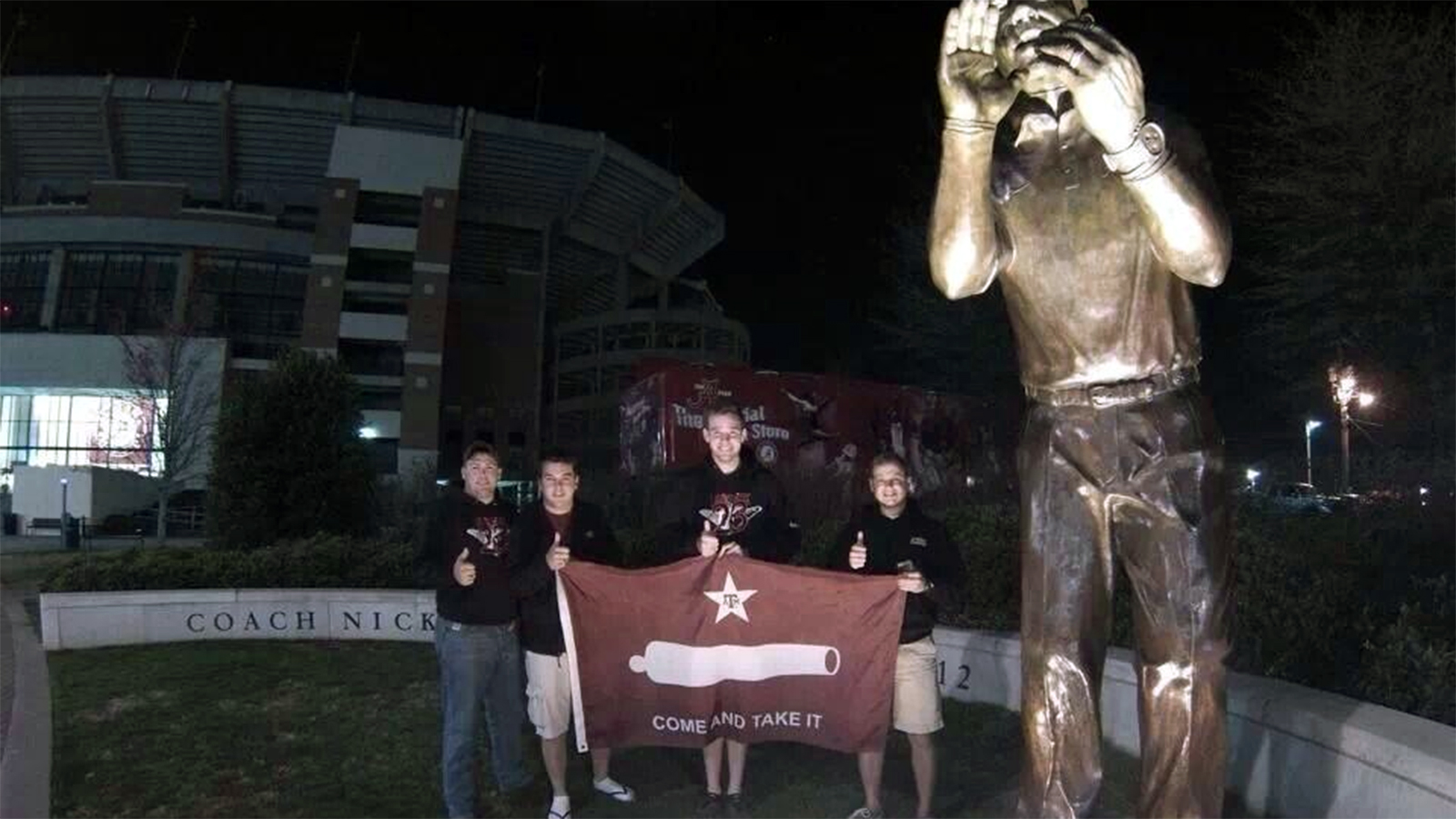 Most college students spend their spring break on the beaches of Cancun or South Beach.

But a group of Texas A&M fans are still thinking about football season and paid several big-time SEC schools a visit with a simple message.

Johnny Manziel might be gone to the NFL, but Texas A&M still believes it will be a force to be reckoned with in the SEC.

@TexAgs we went and took a few places… pic.twitter.com/YyFcs27nz1

@TexAgs We also said took U. Of Florida! pic.twitter.com/6KUFwudeNO