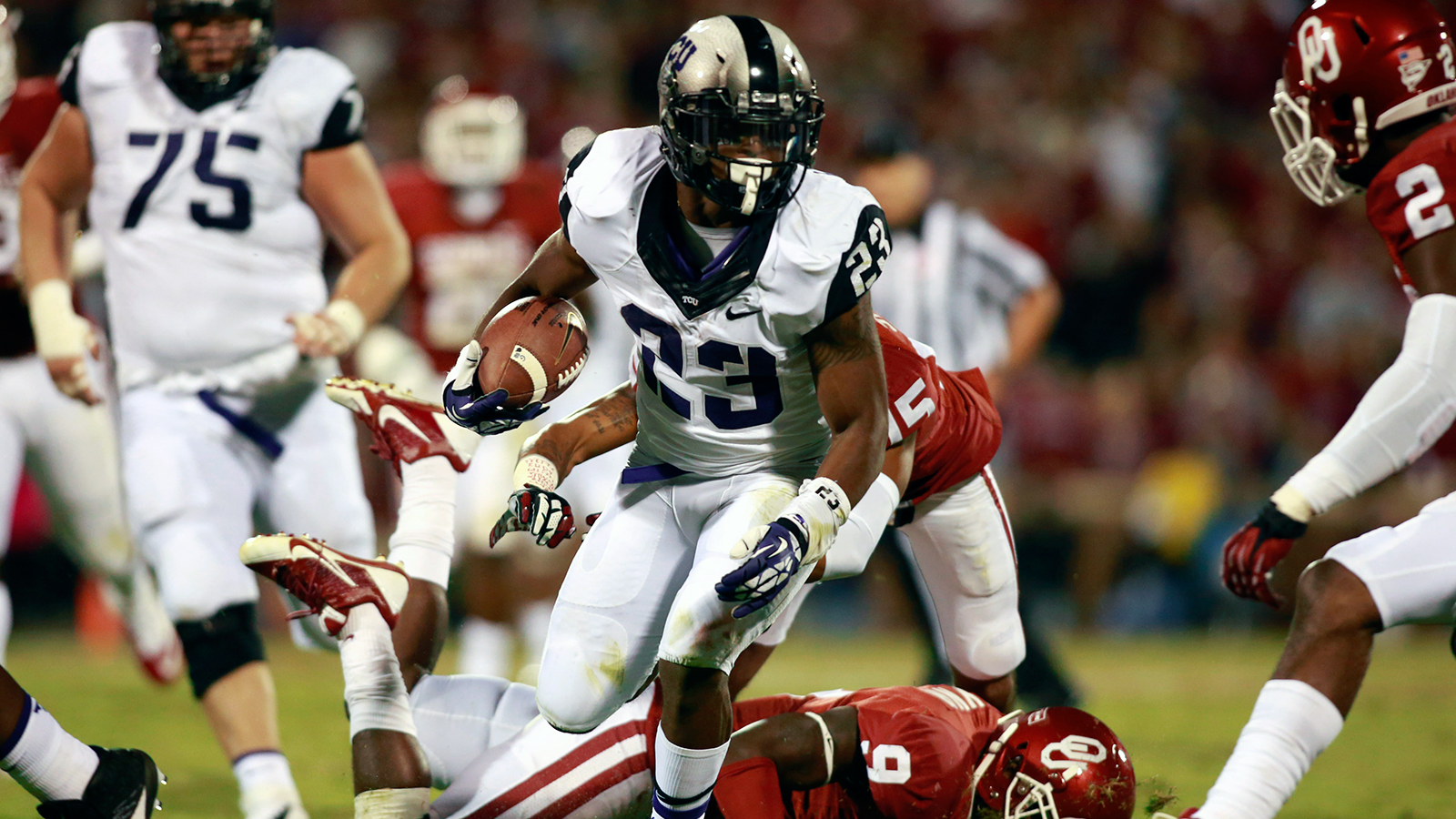 TCU running back B.J. Catalon plans to forego his senior season and declare for the NFL draft, according to multiple reports.

Catalon was the Horned Frogs’ leading rusher with 528 yards and 10 touchdowns before suffering a concussion late in TCU’s win over West Virginia. He missed the final five games of the season.

Nebraska transfer Aaron Green filled in for Catalon and topped 100 yards in three of the regular season’s final four games, including a 171-yard outing in TCU’s 41-20 win over Kansas State.

Catalon also averaged 31.75 yards on his eight kick returns in 2014, including one touchdown.