PHILADELPHIA (AP) — Kevin Hart fessed up he was tipsy when he tried to crash the Super Bowl stage and celebrate with his hometown Philadelphia Eagles when they hoisted the Lombardi Trophy. The pint-sized funnyman ran into a no-nonsense security guard who refused to allow Hart, wearing an Eagles letterman’s jacket, access to the stage that was set up on the field.

Unlike the Eagles, Hart’s Super Bowl celebration would have to be held elsewhere.

“To all the kids out there, I just want to say don’t drink. When alcohol is in your system, you do dumb stuff,” he later said on an Instagram video.

Hart, the Grammy-nominated star, would have fit in fine in Philly.

It was time to party. 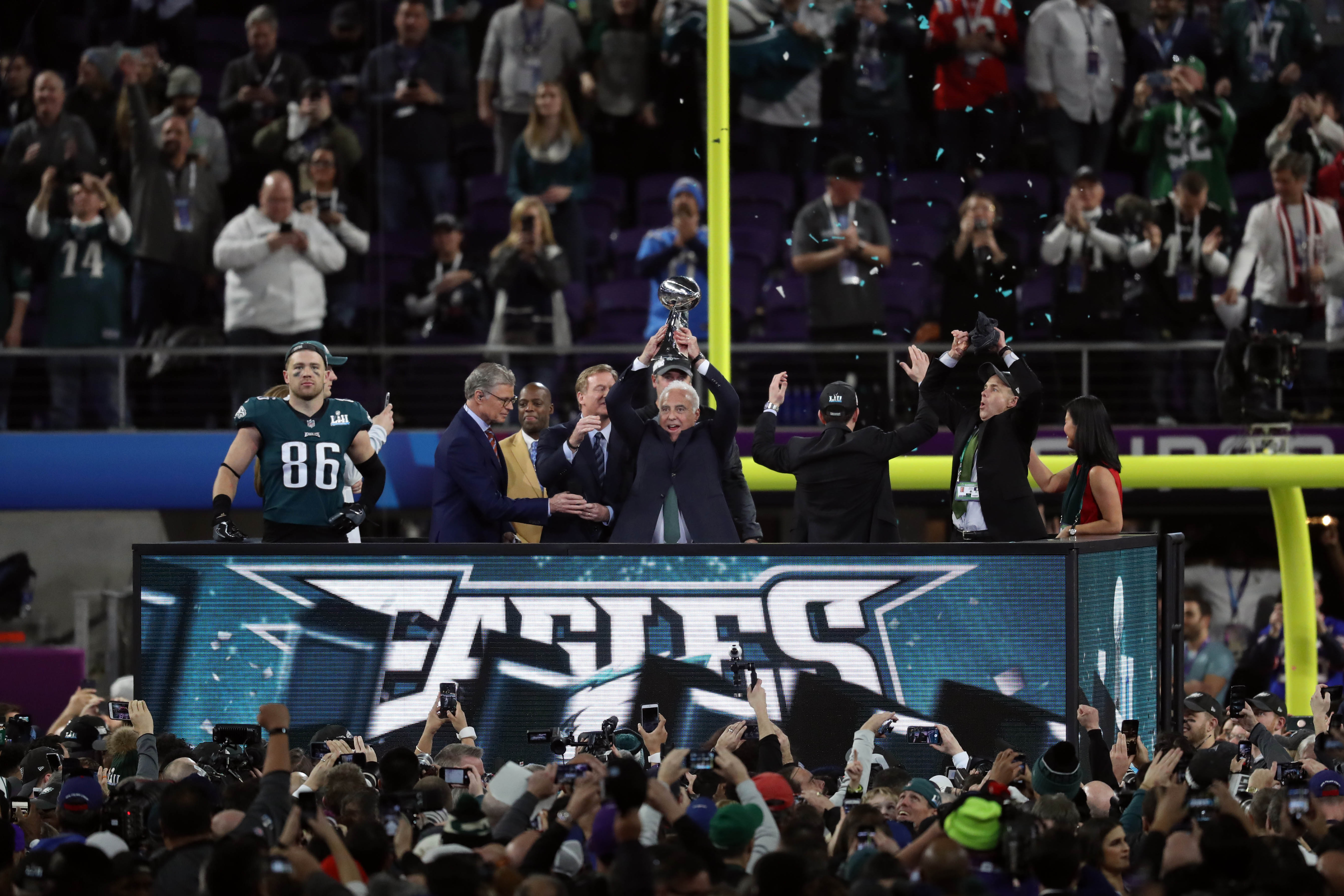 Gallery: Which NFL Teams Have Never Won The Super Bowl

Eagles fans are just getting started.

The city announced that the Super Bowl parade will be Thursday, starting at 11 a.m. at Broad Street near the stadiums. It will move north along the city’s main thoroughfare, past City Hall and finish at the art museum’s “Rocky Steps.” The National Weather Service says Thursday will be mostly sunny with a high of 34 degrees. Rain and snow are expected in the city Wednesday.

Beer bashes and drunken revelry are in the forecast for the parade.

Eagles fans had suffered through five decades — through Buddy, Reggie and T.O. — without a Super Bowl championship and they want this celebration to go down as one to remember.

That is, if they can remember, in the wake of an alcohol-fueled stupor.

Revelers along the parade route will be able to indulge in free Bud Light at two dozen bars, thanks to a promise the beer maker made to Eagles offensive tackle Lane Johnson before the season.

Revelers shot off fireworks, drivers beeped their horns and Philadelphians young and old descended Sunday night on Broad Street, the main thoroughfare that last hosted a major championship parade in 2008

Eagles fans are expected to stuff city streets in record numbers. The Flyers have long claimed more than 2 million fans went wild down Broad each year for the 1974 and 1975 Stanley Cup winning teams. Sixers fans mobbed the streets for Dr. J and the 1983 NBA champion 76ers.

And Phillies star outfielder Pat Burrell led a championship procession in 2008, riding a horse-drawn carriage and pumping his fists down Broad. Next came eight flatbed trucks filled with waving players and other members of the Phillies organization, including the Phanatic.

Throngs in Phillies gear packed downtown sidewalks, making them almost impassable. Fans climbed trees, hung out of windows, watched from balconies, carried stepladders and stood on roofs to get a better view. The Phillies then greeted tens of thousands of fans who had watched the parade on big screens at the city’s baseball and football stadiums. The team first stopped at Lincoln Financial Field, where the Eagles play.

Now, the Linc isn’t just the site of another team’s rally — it’s the home of the Super Bowl champs.

The Super Bowl, though, was about an overzealous excuse for irresponsible behavior.

The Eagles are perhaps the city’s greatest passion, and the outpouring of support came in more forms than simply pouring one out. Grown men cried and hugged their fathers. Families bundled up and hit the streets to bang pots and pans and share the championship together. Some fans carried signs with names of loved ones no longer here in tribute for those who never got to cherish a Super Bowl title before death. 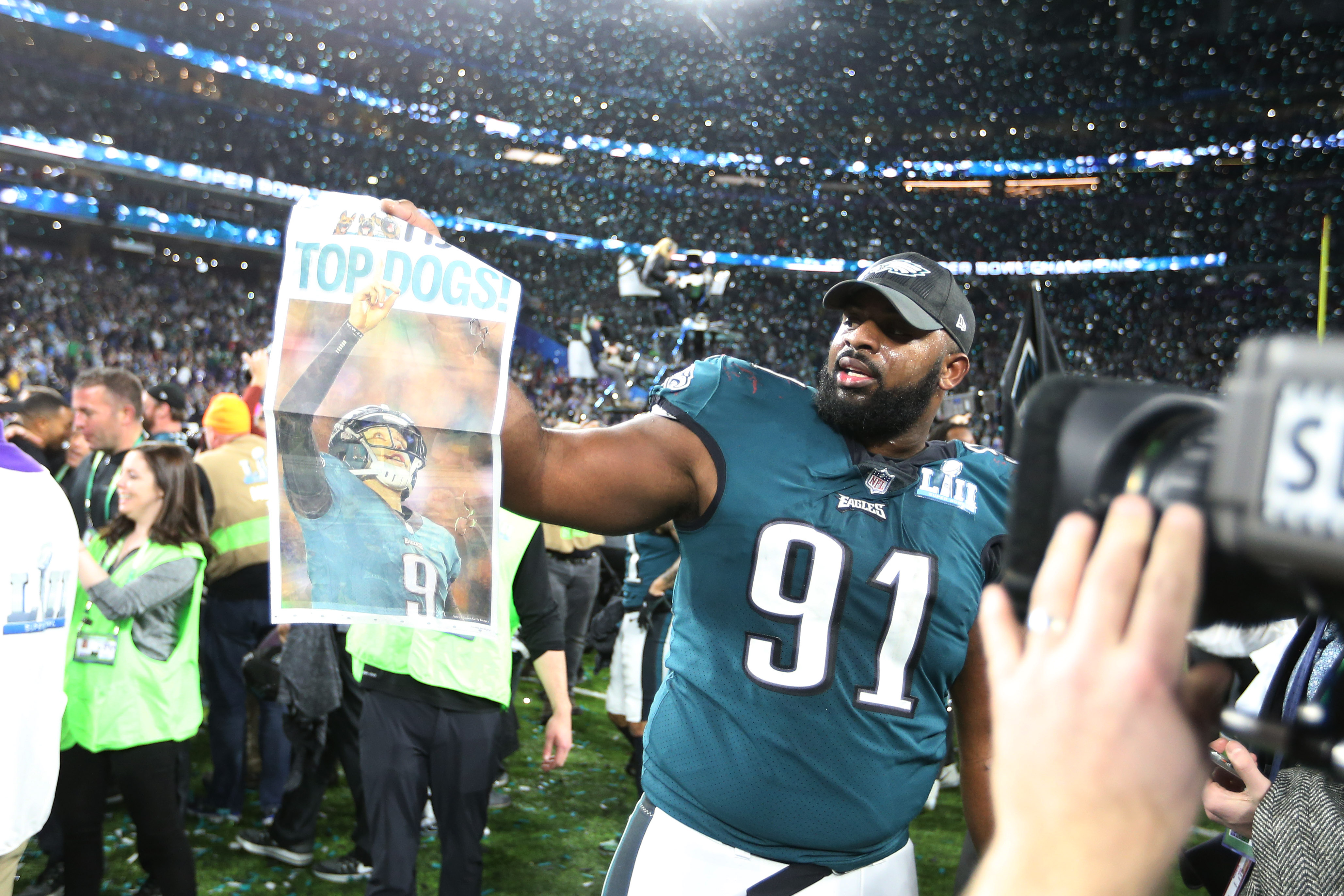 “I moved here in `94. I didn’t have a team back home (Louisville). The Eagles were my adopted team,” said 41-year-old Eagles fan Rob Ballenger. “This city has an underdog culture and to rise above it right now is amazing. This city is at a turning point in so many ways.

“I made 100 new friends at the bar (Grace Tavern). Philly fans sometimes get a negative slant in the media, a negative reputation. But these are the best fans in the world, the most passionate.”

They’ll finally get their chance Thursday to celebrate the champion Eagles as one city, united in green.