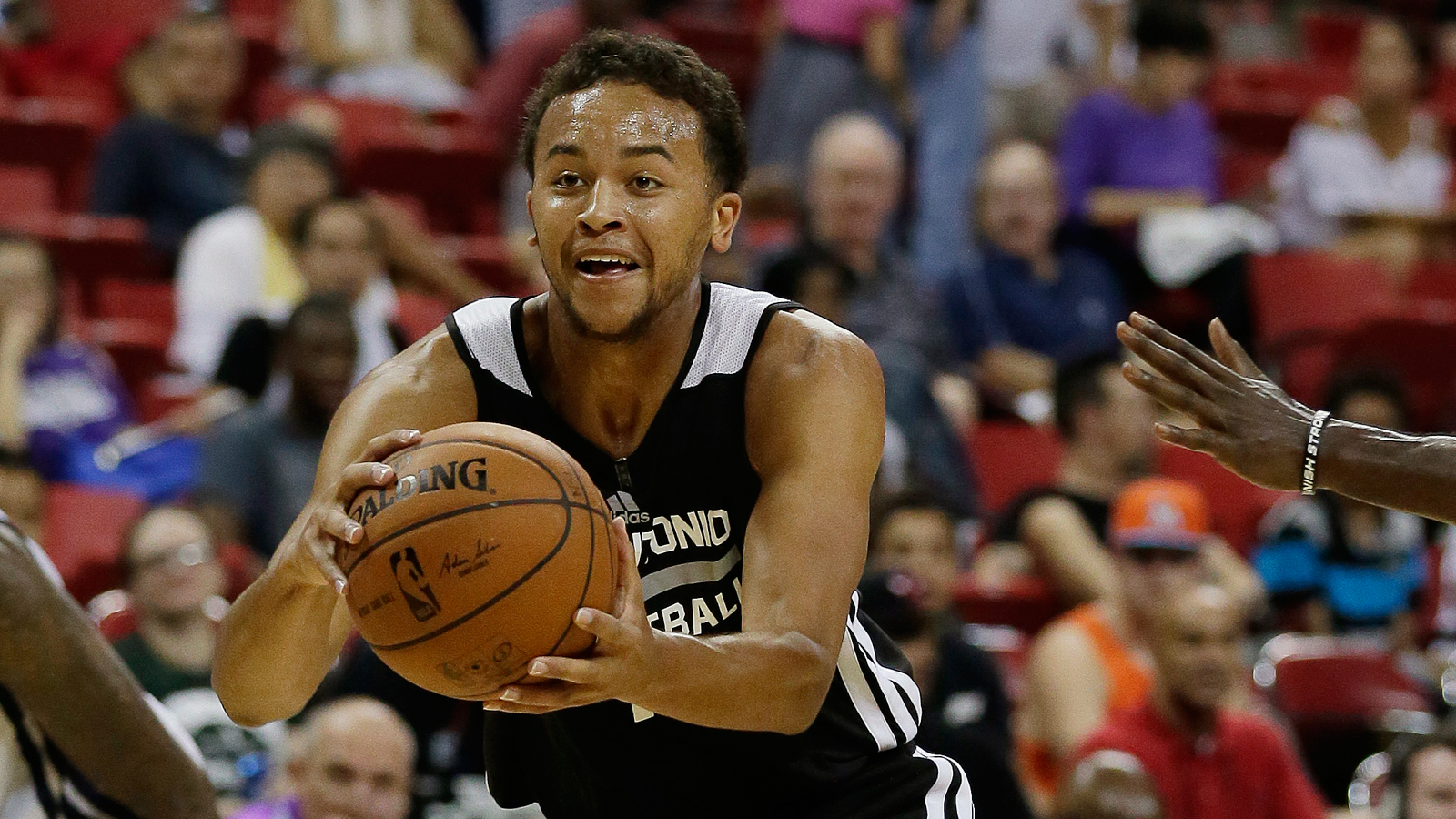 The last pick of the first round by San Antonio Spurs is taking it slow at NBA Summer League, and that’s OK. The 10-day showcase of rookies, youngsters and roster hopefuls is the current platform for the point forward from UCLA.

Anderson is here to learn, absorb and take his first professional steps. Being a sponge is his mission in the desert.

"I have a great appreciation for the game," Anderson said. "Everything people tell me or I hear, I’m going to take it. I’m ready to learn everything I can."

The Spurs are taking the same approach with the 6-foot-9 playmaker considered the best passer in last month’s draft. Anderson led the Pac-12 in assists last season, while also finishing in the top 10 in scoring and rebounding.

He’s handling the ball plenty during Summer League as the Spurs get a feel for what they have. Anderson went into Friday averaging 7.8 points, 3.2 rebounds and 2.4 assists through five games.

"It’s a learning opportunity for us and for him," general manager R.C. Buford said. "We’ve got a lot to learn. He’s got an unusual skill set, so it’s going to cause us to be purposeful in how we play with him, how we use him and how we develop him. We have a lot of opportunity to learn, but the skill set is clear and the understanding of the game is clear."

That know-how fits in perfectly with the Spurs’ culture. Anderson’s physical tools seem to, too.

"Guys that like to pass, guys that know how to play, guys that are slow and can’t jump, they fit pretty good in San Antonio," Buford joked. "That’s our job now to optimize his opportunities."

Anderson’s ability to pass been compared favorably with new teammate Boris Diaw. The Spurs share the ball as well as any team in the league, giving Anderson hope that his learning curve isn’t too steep.

"I’m a very unselfish player," he said. "I like to get my teammates involved. I think I can bring that to the San Antonio Spurs and maybe flourish in their offense."

Landing with a champion also works in Anderson’s favor. Being around a veteran cast fronted by Tim Duncan, Manu Ginobili and Tony Parker provides an NBA education second to none.

The Spurs also have a reputation of nurturing young talent and not putting applying any undue pressure. Kawhi Leonard, 23, has blossomed from an unsure rookie to the Finals MVP in three years.

Anderson will turn 21 before training camp opens in October. He realizes that much of his rookie season might be spent with San Antonio’s D-League affiliate in Austin. There is no need to rush things, and that’s perfectly fine with Slo Mo.

"I’m not coming in with all this pressure on me," he said. "I can just come in and play the game. I have a lot of great guys in front of me I can learn from. Just wait my turn. That’s excellent for me."