Sooner Surge: Oklahoma up to No. 2 behind Alabama in AP poll 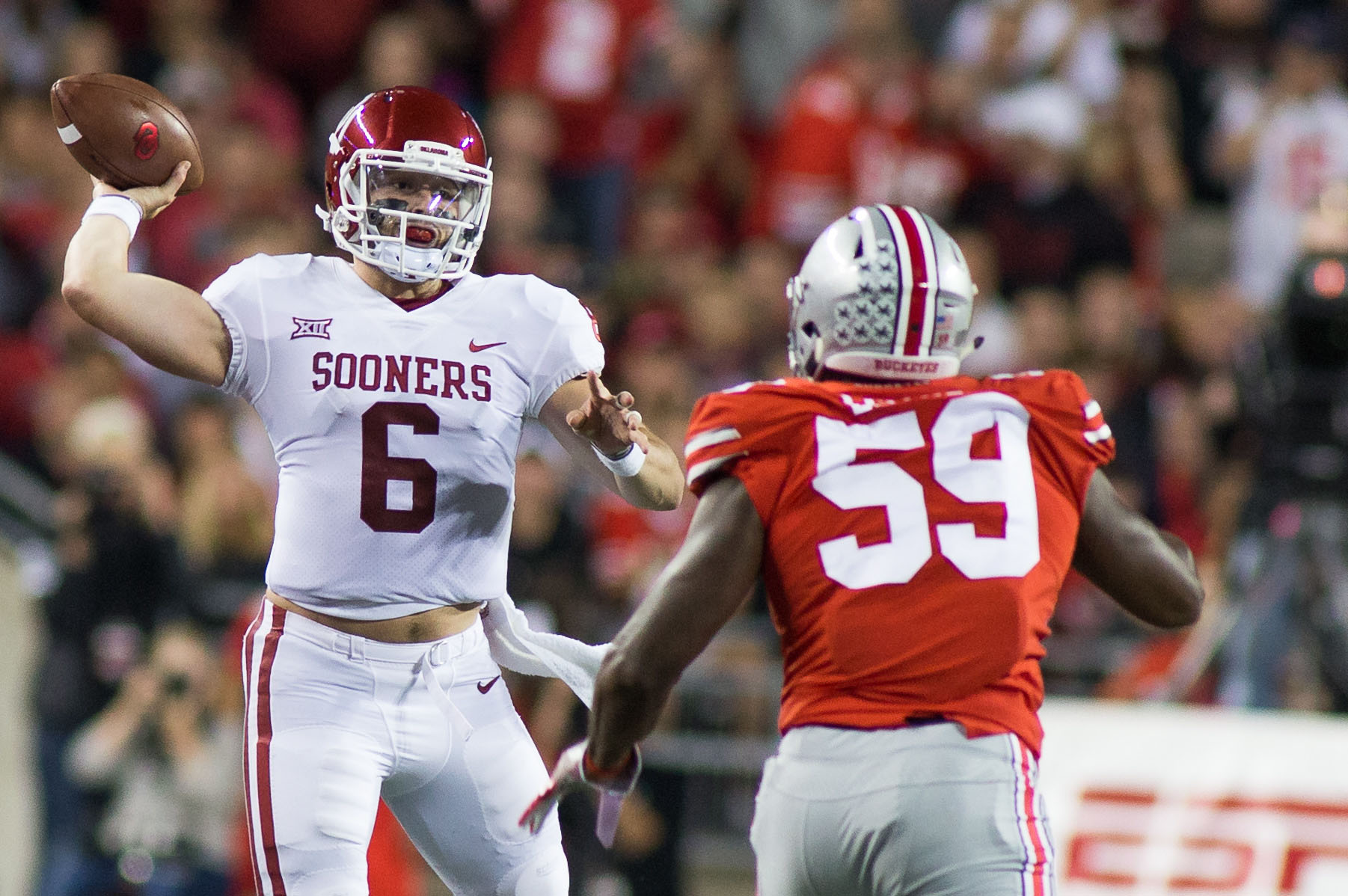 Gallery: Sooners Up to #2 in Latest AP Top 25 Poll

Oklahoma moved up to No. 2 in The Associated Press college football poll behind Alabama after the Sooners scored the most impressive victory of week two.

Three of the top six teams from last week defeated other ranked teams on Saturday, creating an early shake-up near the top of the AP Top 25. The Sooners jumped three spots after winning 31-16 at Ohio State. The last time the Sooners were this close to being No. 1 was 2011.

The Buckeyes slipped from No. 2 to eighth.

Clemson held its spot at No. 3 after beating Auburn and Southern California moved up two places to sixth following a victory against Stanford. Penn State is No. 5.

The Crimson Tide received 59 first-place votes. Oklahoma has two and Clemson one.

The Buckeyes have their lowest ranking November of the 2014 season. Ohio State hopes this season takes a similar path.

In 2014, the Buckeyes lost at home to Virginia Tech and fell from No. 8 to No. 22 in the rankings. The Buckeyes did not lose again and won the national championship in Urban Meyer’s third season as coach in Columbus.

Notre Dame’s stay in the Top 25 lasted one week. The Fighting Irish lost 20-19 at home to Georgia, which moved up two spots to No. 13. The Irish were the only team to fall out of the rankings.

UCLA followed up its remarkable comeback victory in week one against Texas A&M with a more routine blowout of Hawaii and landed at No. 25 in the latest rankings. The Bruins moved into the rankings for the first time since starting 2016 at No. 16.

The Bruins stumbled to a four-win season last year, but quarterback Josh Rosen and the offense seem to be blossoming under new offensive coordinator Jedd Fisch.

No. 3 Clemson at No. 14 Louisville. Lamar Jackson and the Cardinals nearly beat the eventual national champions in Death Valley last season. Can the Tigers’ ferocious defensive front slow down the Heisman Trophy winner?

No. 23 Tennessee at No. 24 Florida. Assuming this game is played after Hurricane Irma passes through Florida, both the Vols and Gators come in with plenty of questions to answer.