Red River Showdown was meant to be played at Fair Park 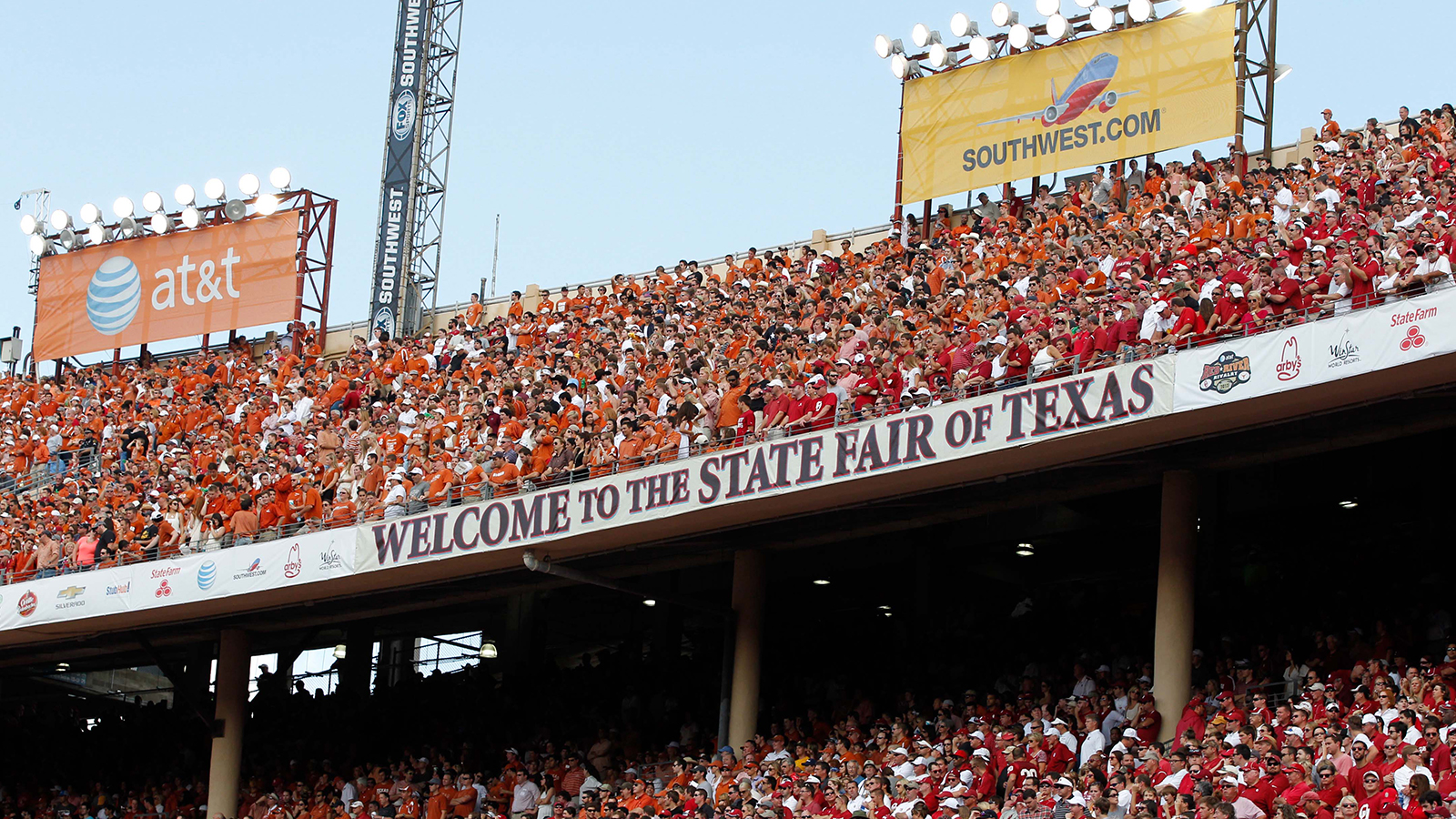 The City of Dallas has been the best friend Arlington could ever have. Our local mayors have whiffed on opportunities to bring the Rangers and Cowboys to town, so it’s a bit surprising the Red River Showdown between Texas and Oklahoma will remain at Fair Park through 2025.

Jerry Jones quickly lured the actual Cotton Bowl game in January to AT&T Stadium. And his palace has already hosted a Super Bowl, NBA All-Star Game and a Final Four. Surely he could’ve enticed the Longhorns and Sooners to perhaps the grandest venue in the country. And you know Jerry could pay each school way more than the $500,000 they are receiving for playing at Fair Park.

If Laura Miller were still the mayor, it’s hard to imagine this extension happening. Miller didn’t even allow the citizens of Dallas an opportunity to vote on whether they wanted to contribute to a new stadium for the Cowboys. She wouldn’t have wanted to keep pouring money into one of the greatest rivalry games in college sports. Fortunately, Mayor Mike Rawlings has a better grasp for what these games mean for our community. I bumped into him at a recent charity event during which he was constantly checking his phone to see how SMU’s basketball team was doing.

"Dallas is â¦ committed to ensuring the game stays here at Fair Park well beyond 2025," Rawlings told reporters. "Dallas, Texas, is the home of the Red River Rivalry."

The City of Dallas spent $57 million on improvements in 2008 and then added another $25 million in 2012. For most of the year, the stadium doesn’t host anything. But the city has done a good job of trying to schedule games during the State Fair. Baylor and Texas Tech played once in the Cotton Bowl, but the two schools will continue to meet at AT&T Stadium for the foreseeable future.

Maybe Jones actually respects the history of the game being played at the Cotton Bowl. He certainly appreciated the history of the Cotton Bowl being played at Fair Park, but that game had lost its prestige in the post-SWC years. As much as I hated to see it, Cotton Bowl officials made the right call in moving their game to Arlington. Because of their ties to a world-class facility, they have regained much of that prestige.

It’s hard to imagine the State Fair without Texas-OU, but the City of Dallas could’ve messed around and lost the game. Folks like Pete Schenkel, the former chairman of the State Fair of Texas, have been proactive in cutting deals with the two universities. And with something like this, the schools have to listen to their fan bases. This game has been played at Fair Park since 1929.

Watching a great rivalry between Texas and Texas A&M blow up because of conference realignment reminds us that nothing is guaranteed. Schools are looking to maximize the amount of money they can bring in via massive TV deals.

But it will take more than the Longhorn Network to screw up this rivalry. I don’t know if the game will always be played at the Cotton Bowl, but having a deal in place through 2025 is a good start.

Jerry’s stadium is impressive, but Texas-OU was meant to be played at Fair Park. It’s the one thing the City of Dallas hasn’t screwed upâ¦yet.

The fact the game’s still in Dallas is a minor miracle.