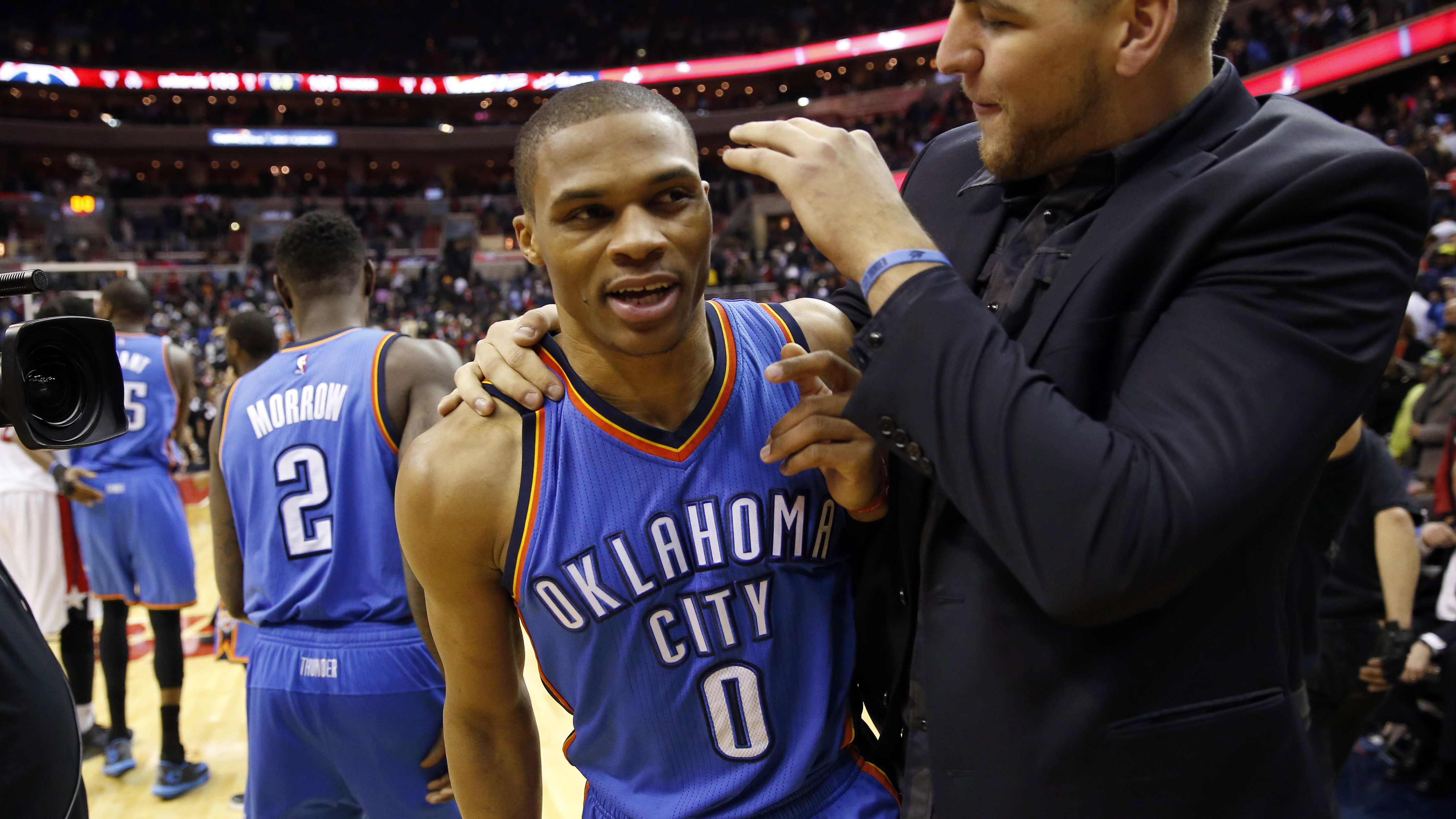 Russell Westbrook is in New York tonight as the Thunder’s good luck charm for the NBA lottery reveal, but it wasn’t luck that earned him a top NBA award.

The Oklahoman is reporting Westbrook is going to be presented with the NBA Cares Community Assist Award which recognizes the NBA player who best represents the league’s efforts toward giving back to the community.

Westbrook’s efforts focus on getting youths to read and he has provided more than 1,200 books in safe environments. OKC mayor Mick Cornett was impressed.

He won! Russell Westbrook wins NBA Cares Community Assist Award. Way to go Russ! We love you for a reason.

The award was voted on by fans and an NBA panel of judges. Steph Curry, Dwyane Wade and Pau Gasol are previous winners of the award.